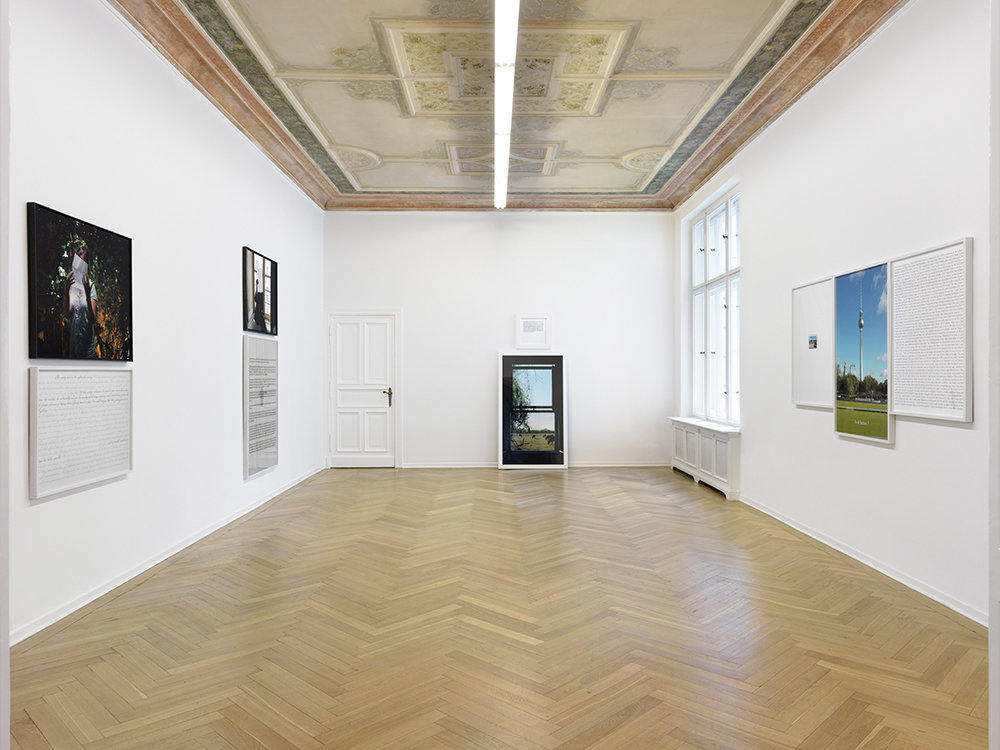 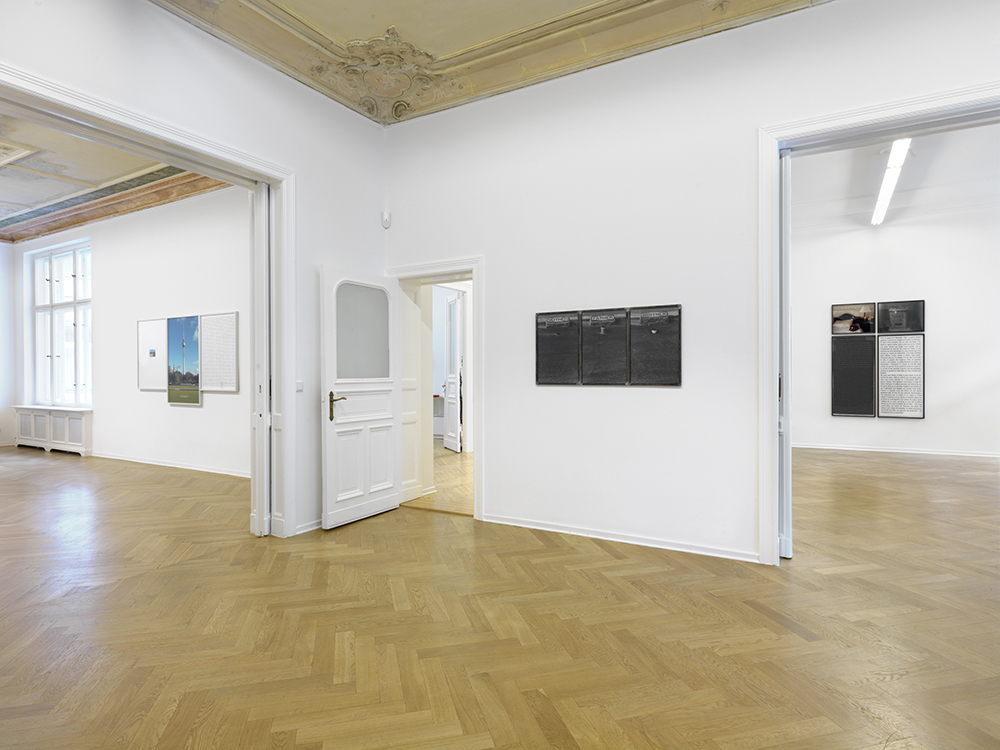 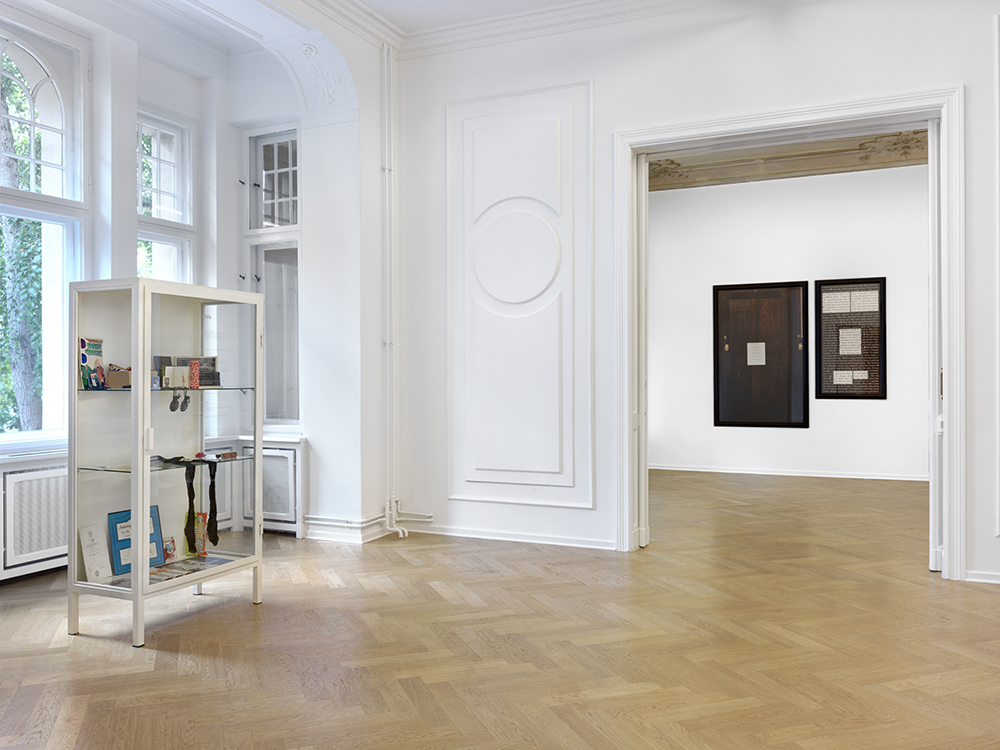 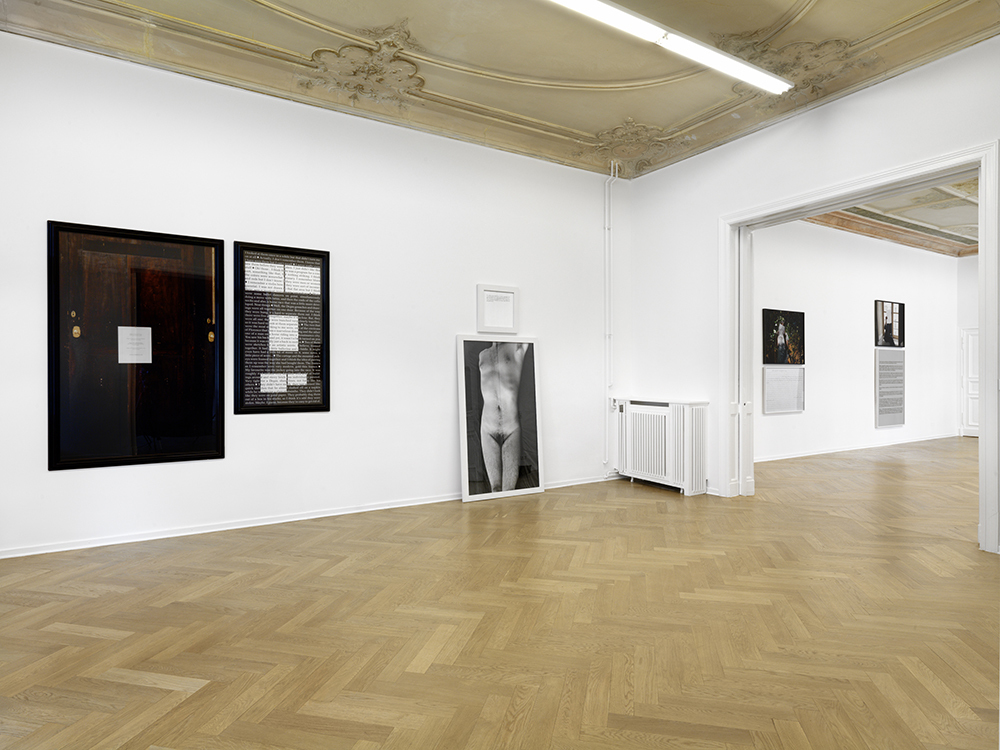 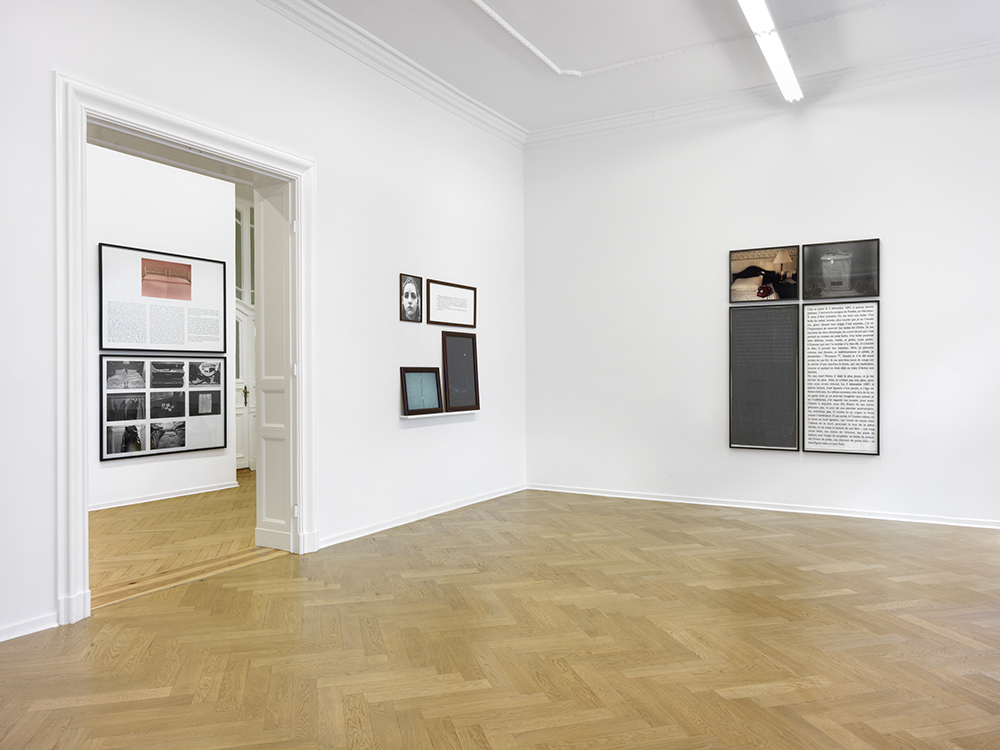 Arndt Art Agency (A3) is pleased to present a solo presentation by one of France’s most acclaimed living artists Sophie Calle. The exhibition comprises a survey of works from the artist’s oeuvre sourced from private collections spanning the period from 1980 to 2012.

Sophie Calle will hold a public interview with Thomas Seelig at C/O Berlin Foundation, Berlin, following the opening of her solo exhibition at A3. The interview will take place on Saturday the 1st of October at 6pm and marks the opening weekend of the EMOP Berlin - European Month of Photography 2016.

At its centre, Calle’s artistic practice is one that makes statements on human nature from a detached standpoint. Fascinated by the interface between the boundaries of private and public spheres and methods of perception, this curiosity has led the artist to explore particular patterns of behaviour, somewhat like a psychologist or investigator. Very often, these inquiries, utilise her own life—both lived and imagined—as the source of inspiration.

Regarded as a photographer first and foremost, Calle’s interest in working with imagery in order to tell a story has also extended to text and film-based works, installation, sculpture and performance. Oscillating between the abstract and the referential, her compelling, highly personal pieces are often part of larger series’ that relate to specific events and experiences, while also pointing beyond them. In this way, Calle enlivens tensions between documentation and the intangible, reality and fiction.

Much of her work has become known for seeking to comprehend vulnerable and uncertain scenarios. For example, this is embodied in her works included in the exhibition: “Juge / Judge, X”, (2007), and “Historienne du XVIIIème / Historian of the eighteenth century, Arlette Farge”, (2007). Taken from the series “Prenez soin de vous” (Take care of yourself), originally presented at the 2007 Venice Biennale, these works represent an autobiographical projection of one of Calle’s intimate experiences into the public domain. The title of the series is taken from the final sentence of a break-up e-mail from a boyfriend that Calle received in June 2004. From this experience, Calle asked 107 women of all ages to interpret the e-mail and comment on it. A type of therapy. Images of the women reading the letter are captured accompanied by their own responses in text.

An earlier autobiographical work that continues the artist’s signature snapshot aesthetic in the show is the piece “The view of my life”, (2010), that is part of Calle’s “The Autobiographies” series. Beginning in 1988, this deeply personal body of work comprises recorded moments taken from everyday scenery. Here, Calle visually maps anecdotal memories and fantasies from her adolescence through to adulthood. These works seize upon photography's fundamental ability to seemingly capture the passing of time and immortalize memories. This piece displays the peaceful view from of Calle’s bedroom window looking out onto a pasture. The vista is an unremarkable one of grasslands with a weeping willow visible on the left and bulls grazing further afield. It is a view that the artist has internalized and photographed “more often than any other object or situation”.

Ritual is another key element in Calle’s practice that is located within the sculptural vitrine entitled "BIRTHDAY CEREMONY" (1986)" (1980) included within the show. The museological storage unit contains various personal items given to Calle on her birthday in 1986 such as: a subway map of New York City, pair of shoes, kaleidoscope, watch and a comic strip, among others. Driven by an insecurity that people may neglect to remember her birthday, Calle began to collect the birthday presents she was given each year, marking an annual ceremony. This ritual developed into the realisation of a series of installations aimed to transform personal ritual into public display. She also held yearly dinner parties over over a fourteen-year period to ensure that her birthday was remembered. Guests brought gifts, tokens of love and affection, which were displayed in glass-fronted cabinets as a constant reminder of this affection. This ‘ceremony’ raises questions about the meaning of these objects, the way relationships are maintained, and the manner in which we construct our identity. The accompanying artwork text elaborates:

“On my birthday I always worry that people will forget me. In 1980, to relieve myself of this anxiety, I decided that every year, if possible on October 9, I would invite to dinner the exact number of people corresponding to my age. I did not use the presents received on these occasions. I kept them as tokens of affection. In 1993, at the age of forty, I put an end to this ritual.”

The inextricable connection between life and art remains an ongoing drive within Calle’s work. Her work “Is it better”, (2012) in the exhibition references her visit to Berlin in 2012 and touches on one of the artist’s key topics: that of absence. The three-part work that includes a colour photograph, picture postcard, and framed text is connected to Calle's work “The Detachment” (Die Entfernung) (1996), whereby she visited places in Berlin where symbols of the communist East Germany had been removed after unification by the new Berlin City Parliament. She asked passers-by to describe the objects that once filled these empty spaces and then photographed the absence and replaced the missing monuments with their memories. In “Is it better”, Calle documents how Berlin faces its history and its correlation of memory and personal identity, making audiences aware of "the complex way in which we perceive reality—and to the equally complex way in which history and the present are interwoven." For this work Calle asked passers-by about the removed Palast der Republic (Palace of the Republic of the GDR) and if they find the empty space "better". Narrated personal memories of the German Democratic Republic period are included in the text.