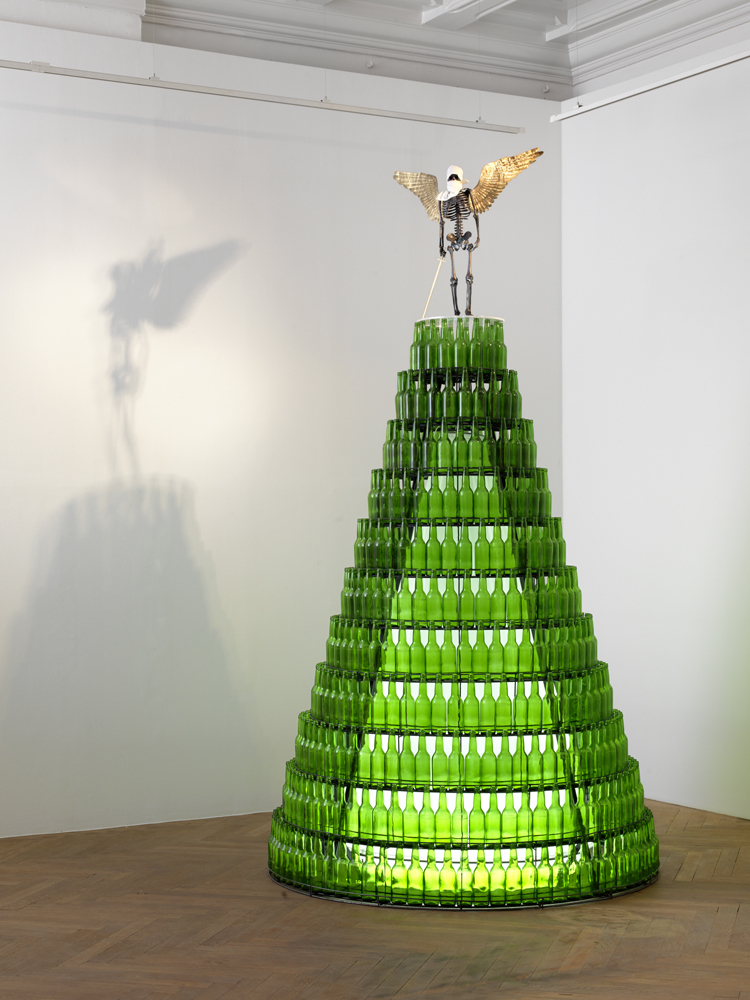 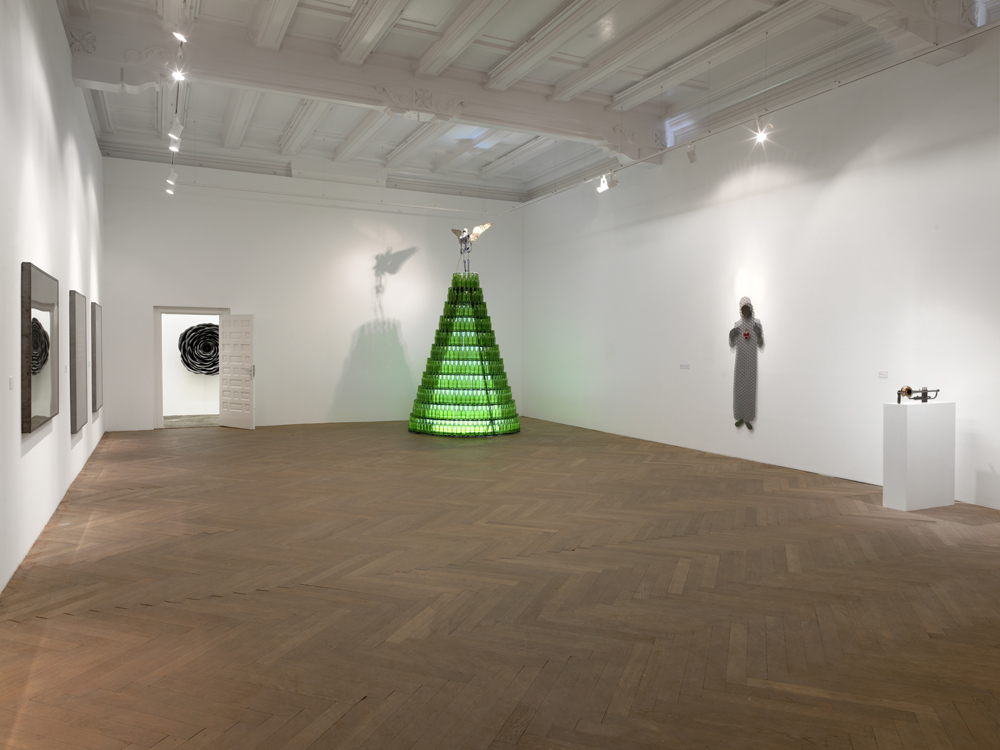 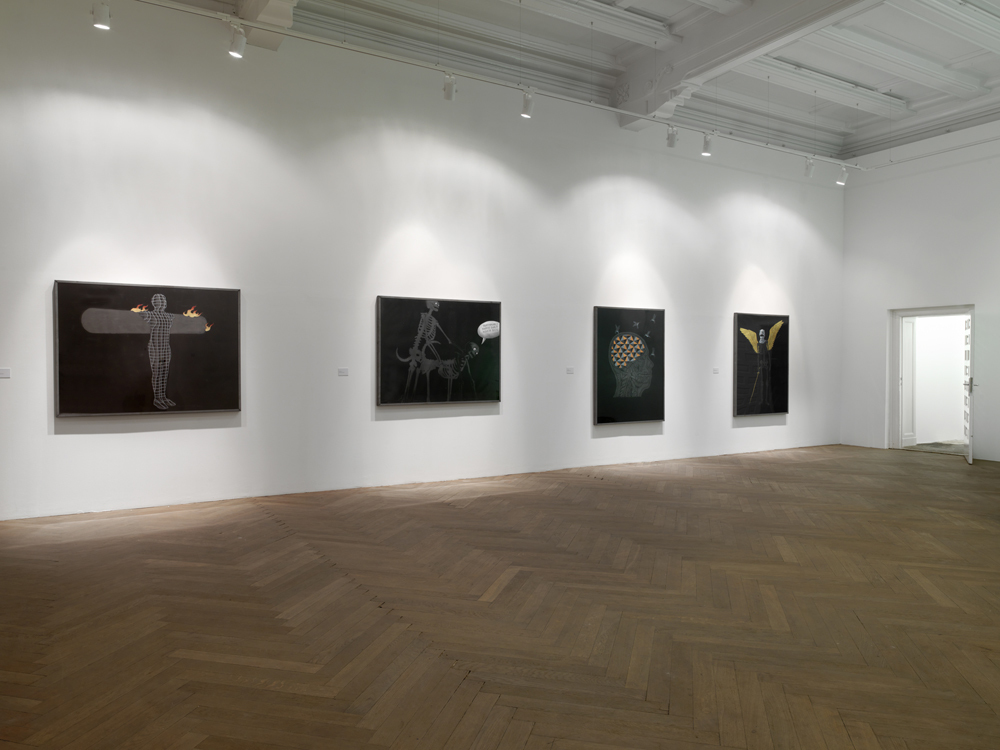 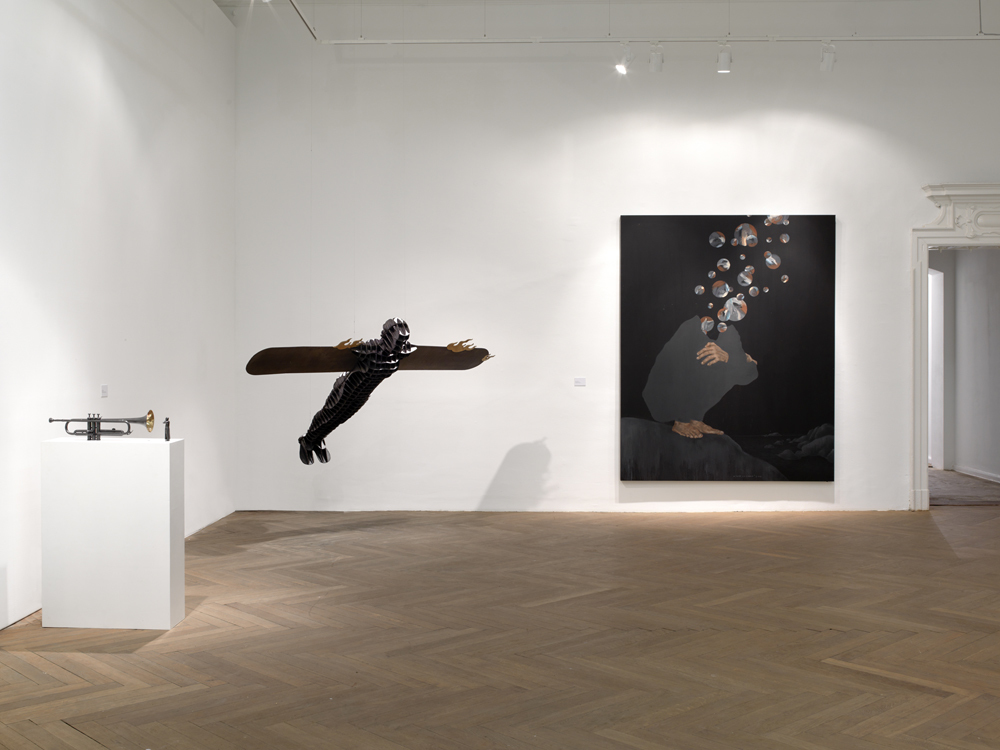 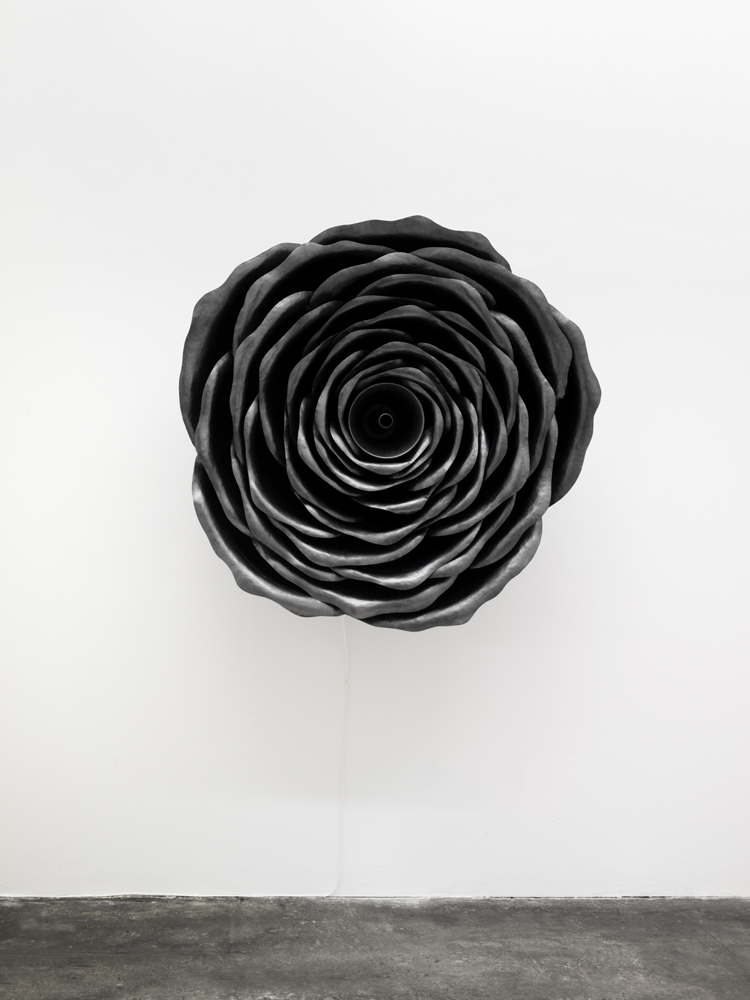 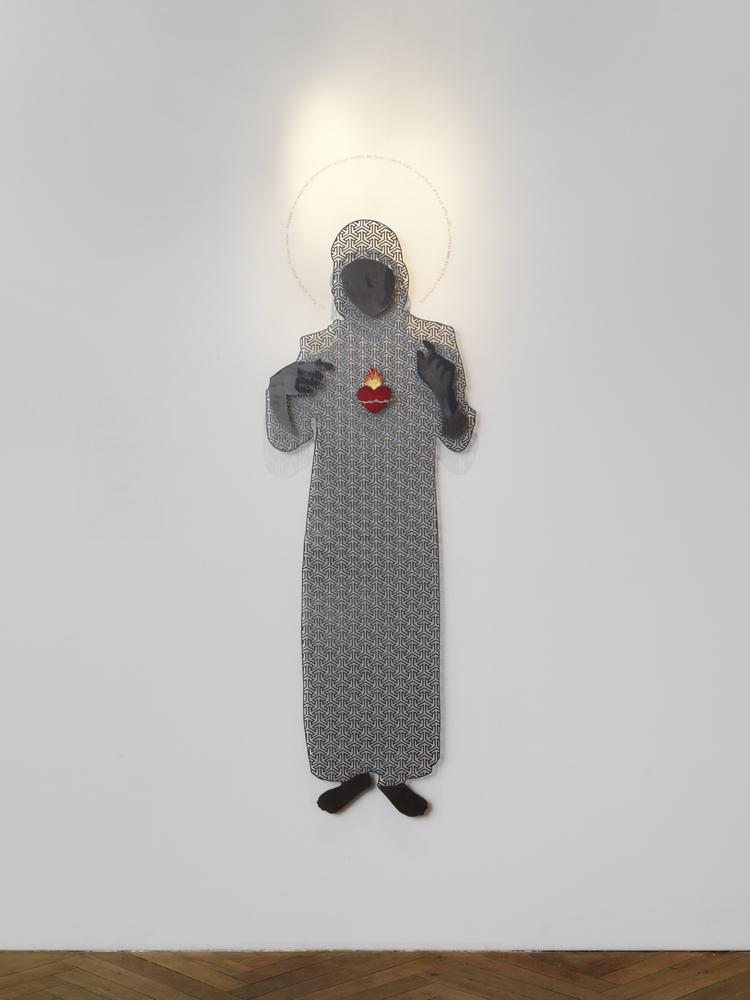 Cycle No. 3 is the final part of an exhibition showing a series of Agus Suwage’s works entitled CYCLE. The two preceding parts have been exhibited in Jakarta (#1, Nadi Gallery, 17-30 Apr 2012) and New York (#2, Tyler Rollins Fine Art, 28 Feb-13 Apr 2013).
The exhibition title and the works presented here relate to three aspects of a cycle: The circle of life as a theme. Life and death has been a major underlying theme addressed in Suwage’s earlier work and continues to figure strongly in his recent works. The second aspect of cycle relates to the notion of rotation: the visual motifs that the artist has worked with in the past and still redevelops. Finally, the idea of cycle or rather recycle expressed in the artist’s predilection to incorporate found materials or used objects in his work.
The series of works in CYCLE asserted indeed from Agus Suwage’s main modus of working continously: to deliver various personal reflections towards myriad social situations surrounding him. He is not analyzing these to hastily give an opinion or present a final solution. He is not judging what he perceived or discussed. Suwage invites us to follow his contemplation by arraying various problems at once in a seemingly ironic, even incoherent relationship. All he delivers in a mere dark visualization is shrouded by a bitter sense of humor.
Agus Suwage (b. 1959 in Purworejo, Central Java, Indonesia; lives and works in Yogyakarta) is one of the most important Indonesian contemporary artists. He has been actively engaged in local and international art scenes since the late 1980’s. His works have been shown in many major art events in Indonesia and abroad. He is prolific and expansive in his artistic practice, making drawings, paintings, sculpture, installations, using various kinds of medium and materials.

The artist and the curator Enin Supriyanto will be present at the opening on Saturday, June 8th, from 4pm to 7pm. An accompanying catalogue will be available.