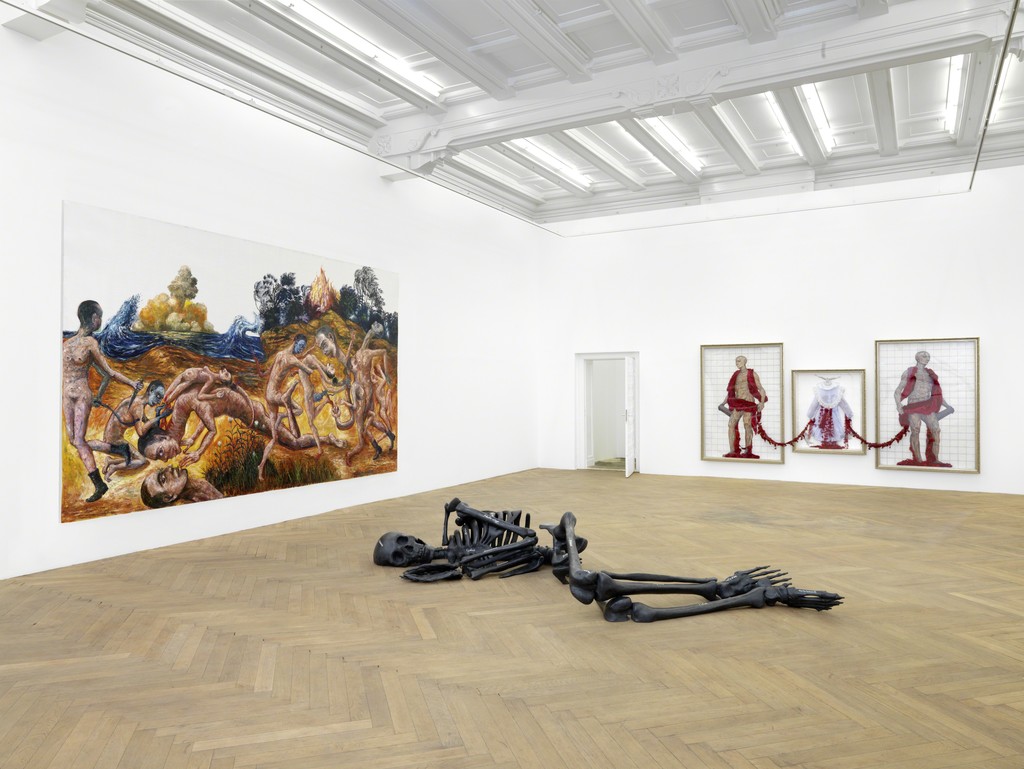 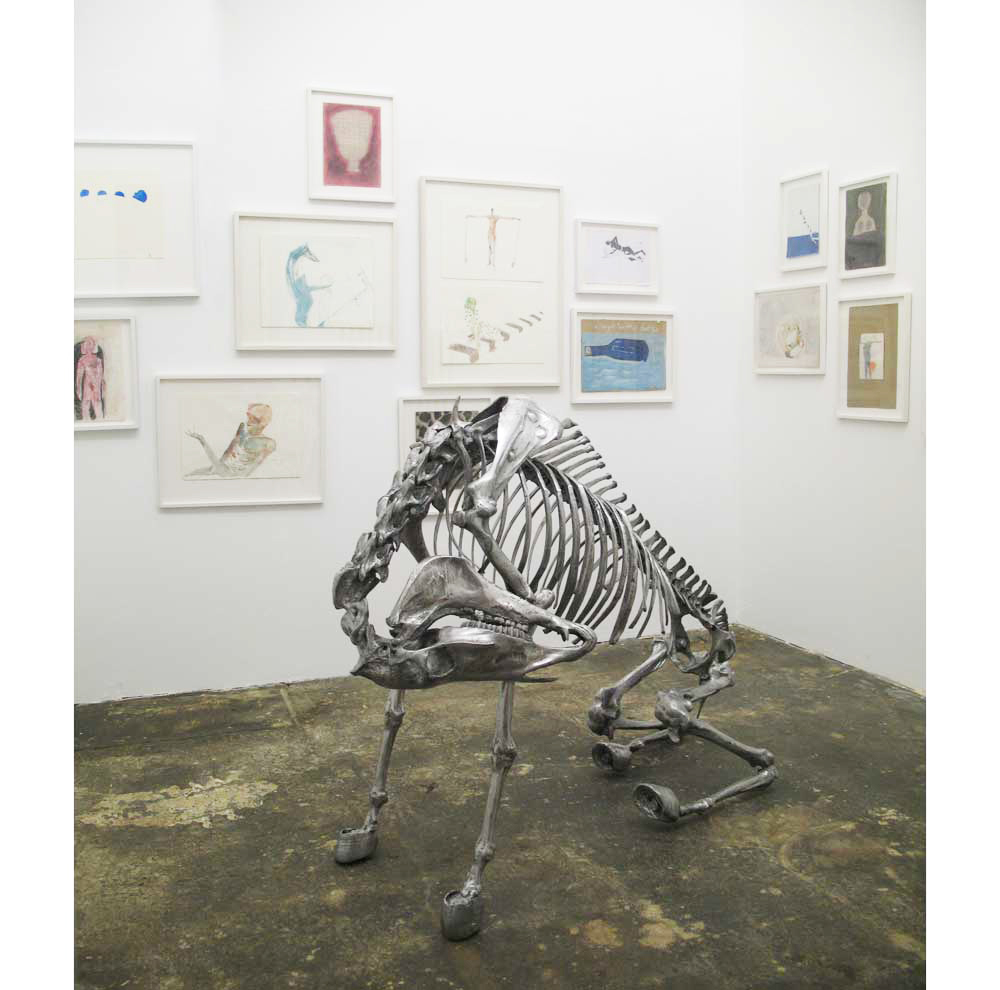 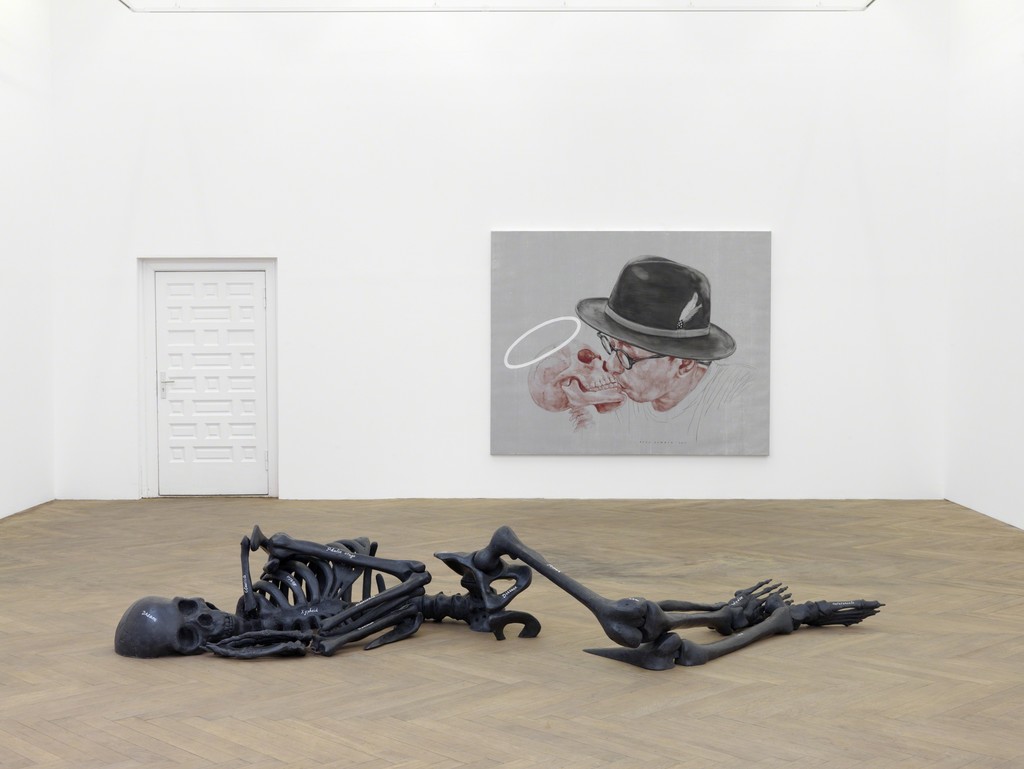 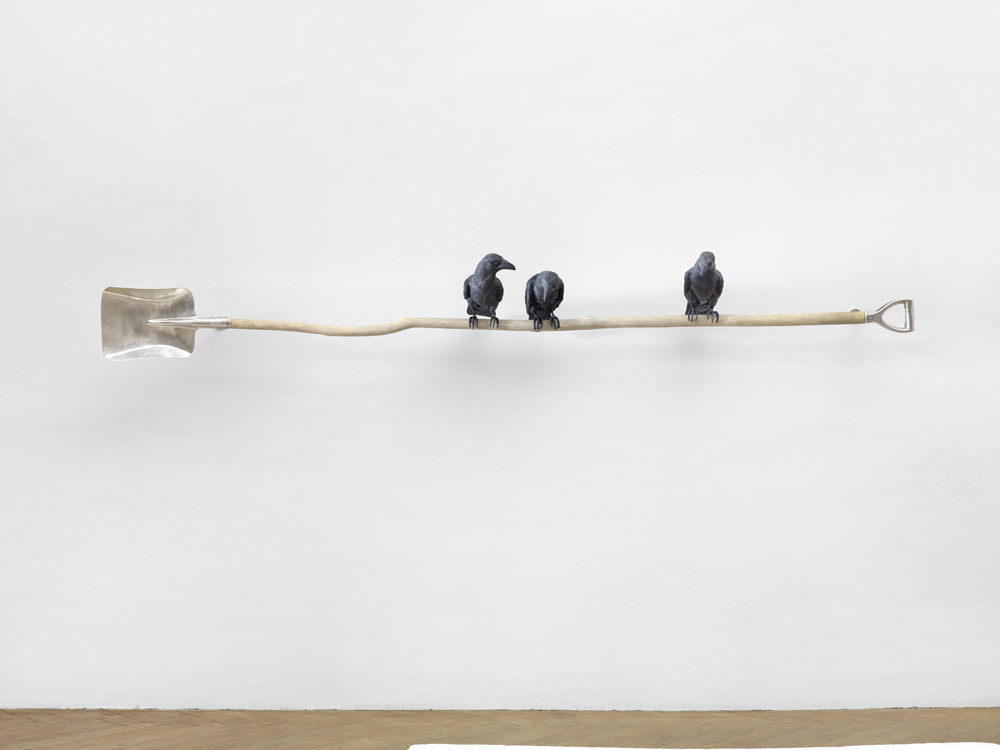 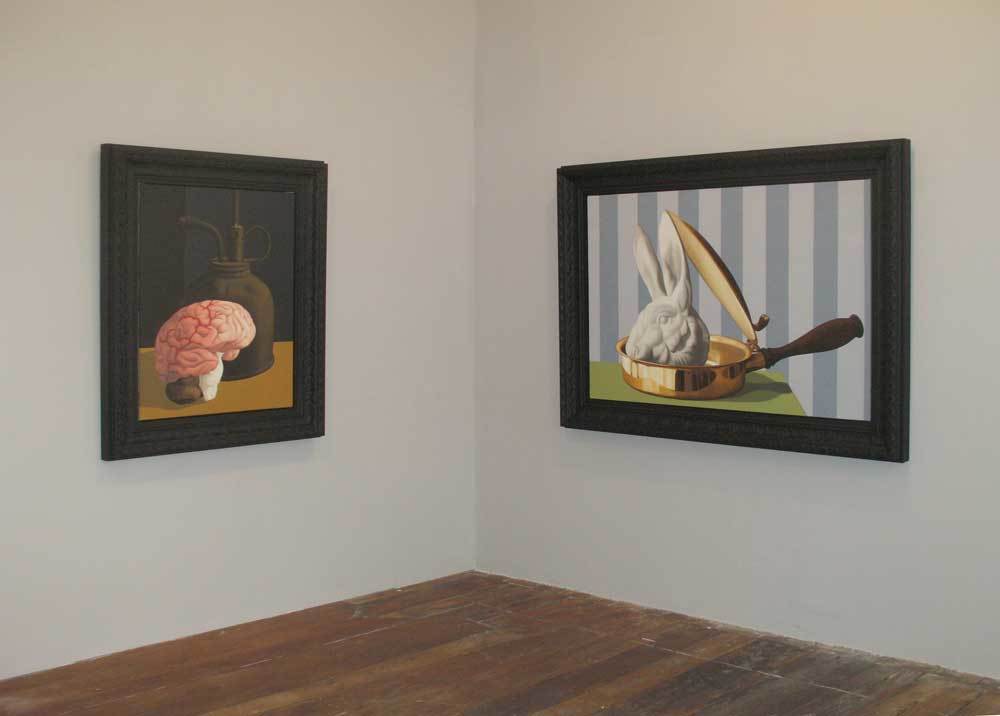 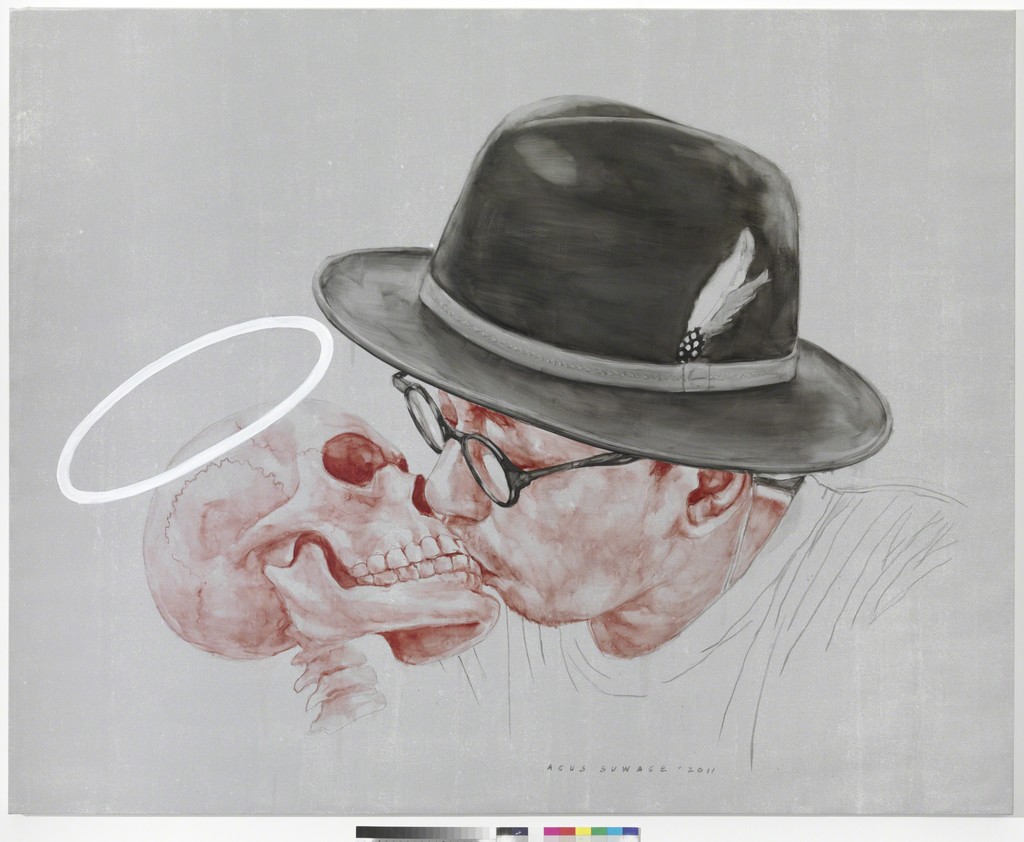 This exhibition at ARNDT, with guest curators Jean-Marc Decrop and Richard Koh, gives an overview of the diversity of these new artistic statements from Southeast Asia. The artists’ concern with socio-cultural and political themes is striking.
Five of the eight artists exhibited come from Indonesia. A culturally and religiously diverse country with the world’s fourth highest population, Indonesia has experienced great change over the last 20 years following the onset of globalization, as have other Asian nations. Contemporary Indonesian art both bears witness to these changes and questions them.
Agus Suwage‘s (1959) work is concerned with the self portrait and with the question of how ethical positions can be maintained. His works take account of social tensions and political repression in his environment, but remain poetical nonetheless. At the same time, he takes up themes such as vanitas and transience.
The works of Entang Wiharso and Eko Nugroho are rooted in the Indonesian way of life, where human beings grapple with earth and nature, complex rites and faith:
Entang Wiharso‘s (1967) “Temple of Hope” is a contemporary variation of the traditional Indonesian Wayang shadow puppet theater. Punched metal panels, lit from the inside, cast shadow scenes of contemporary society and its props onto the wall.
In contrast, the world of Eko Nugroho (1977) is more distanced, more humorous and more ironic. It is the expression of a young, popular culture fuelled by the media, the internet, comics, science fiction and futuristic novels. Pithy, pointed texts complement his graphic drawings. Nugroho has a store in Yogyakarta where he sells small objects taken from his artistic world. These affordable items mean his art is able to participate in the spheres of the everyday and pop culture that the objects themselves make reference to. A replica of this store will be shown as part of the exhibition “ASIA: Looking South”.
FX Harsono (1949) is concerned with questions of identity and national consciousness in the light of globalization and of ethnic and religious multiculturalism. At the heart of the artist’s work lies his examination of his Chinese roots, of how his ancestors adapted to their environment and of their cultural repression. His works bear witness to a vanishing culture.
Uncanny, half-human and half-animal creatures are to be seen in Ugo Untoro’s (1970) drawings. His current sculptures and installations consist of reassembled, deformed horse skeletons and skins. The audience is reminded of strange creatures subjected to and deformed by violent pressure.
Natee Utarit (1970) lives and works in Bangkok. In his works, he explores various genres of Western art such as still lives or landscape painting. Many of his works refer to Caravaggio, Courbet and Titian. Fairy tales and fiction used to tell national narratives are an important theme in Utarit’s work. His artworks use Thai symbols in a monochrome color scale as well as toys that mirror Thai society.
Geraldine Javier (*1970) is part of a new generation of young Filipino artists. Her immediate sources are film and photography. She tells individual stories influenced both by the international media and by local pop culture. Death, misery, emotional violence and dysfunctional relationships are recurrent themes in her work. Her world is fed by complex, sluggish thoughts, hints and quiet tension.
Vertical Submarine is an independent art collective based in Singapore, made up of three members: Joshua Yang, Justin Loke and Fiona Koh. The group was founded in 2003. Its name derives from the word “subvert”, reversed to “vert- sub” and finally expanded to “Vertical Submarine”. The group’s works were first shown in local exhibitions. These complex installations showed everyday objects coupled with texts, using a lot of humor.
The overview exhibition “ASIA: Looking South” is the first of a series of exhibitions presenting important Asian artists to the international public in Berlin. ARNDT will open temporary exhibition spaces and present international and Asian artists in “Pop-Up Shows” in the Pacific region.
The artists FX Harsono, Agus Suwage, Vertical Submarine and Entang Wiharso will attend the opening.
In addition to the gallery space at Potsdamer Strasse 96 we will show further works at a project space in the former Tagesspiegel complex.