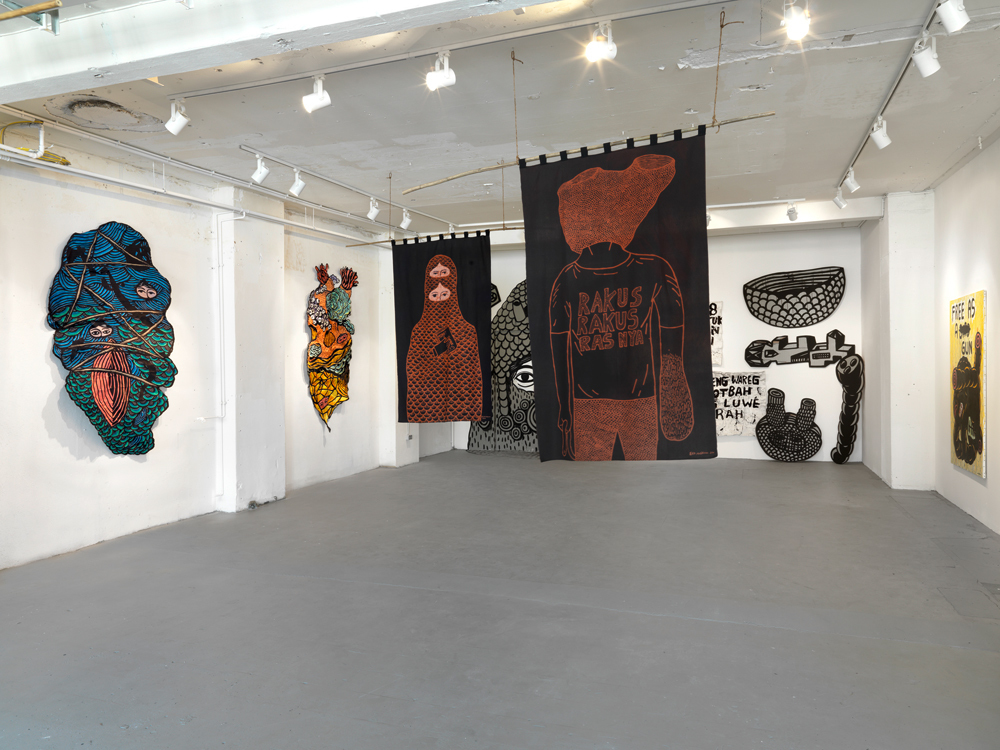 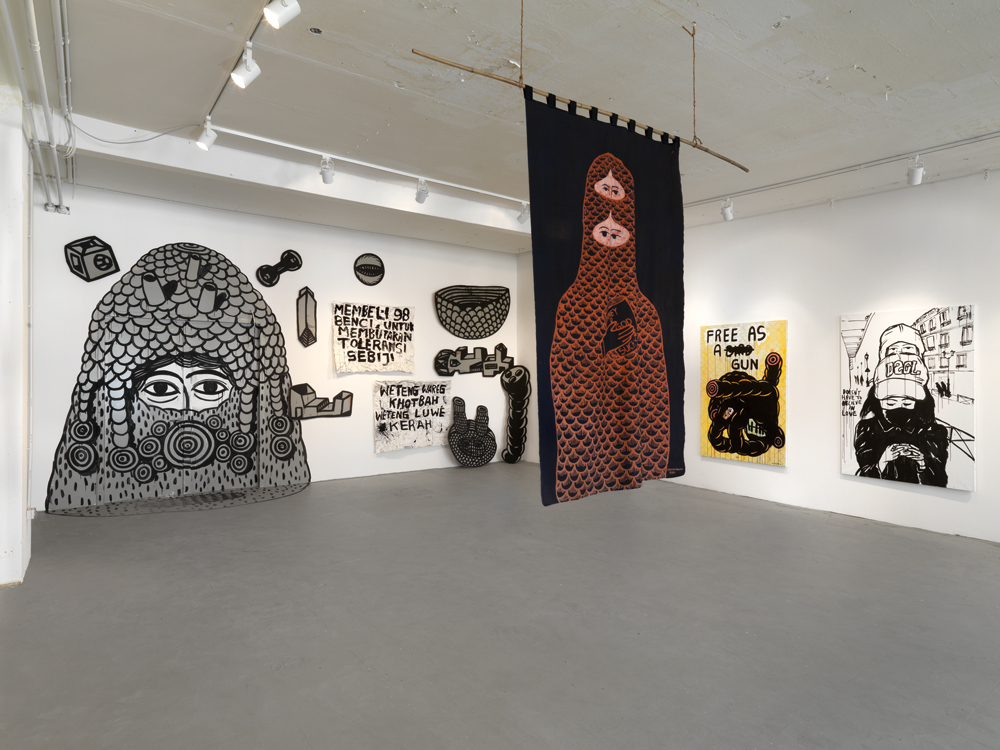 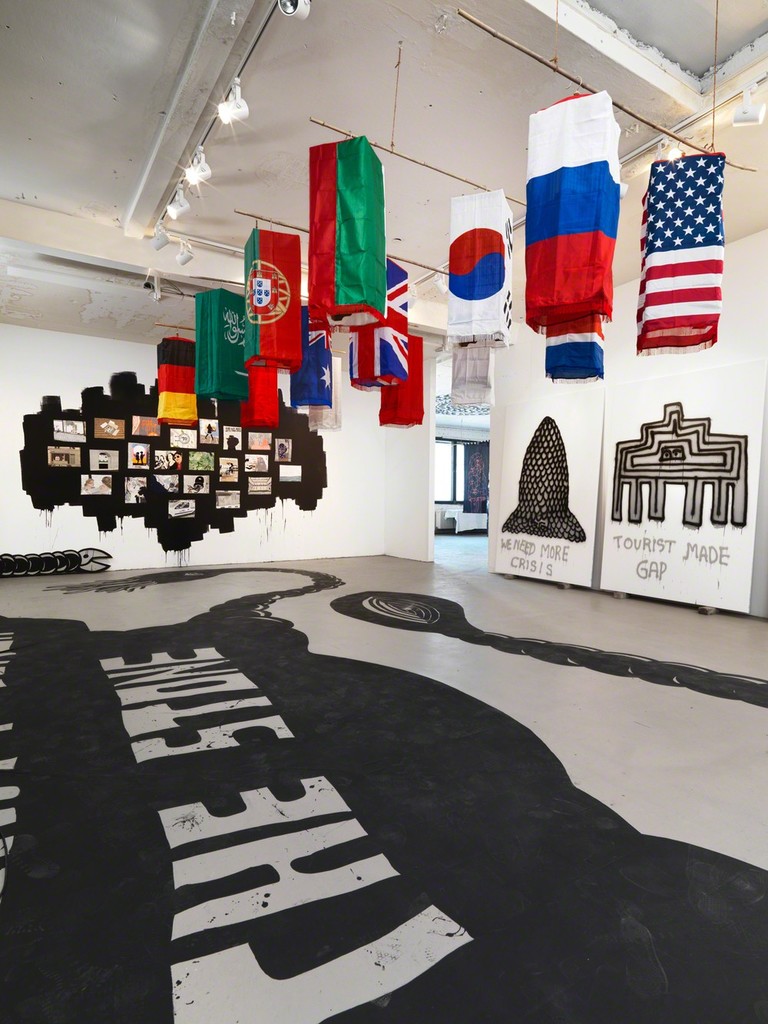 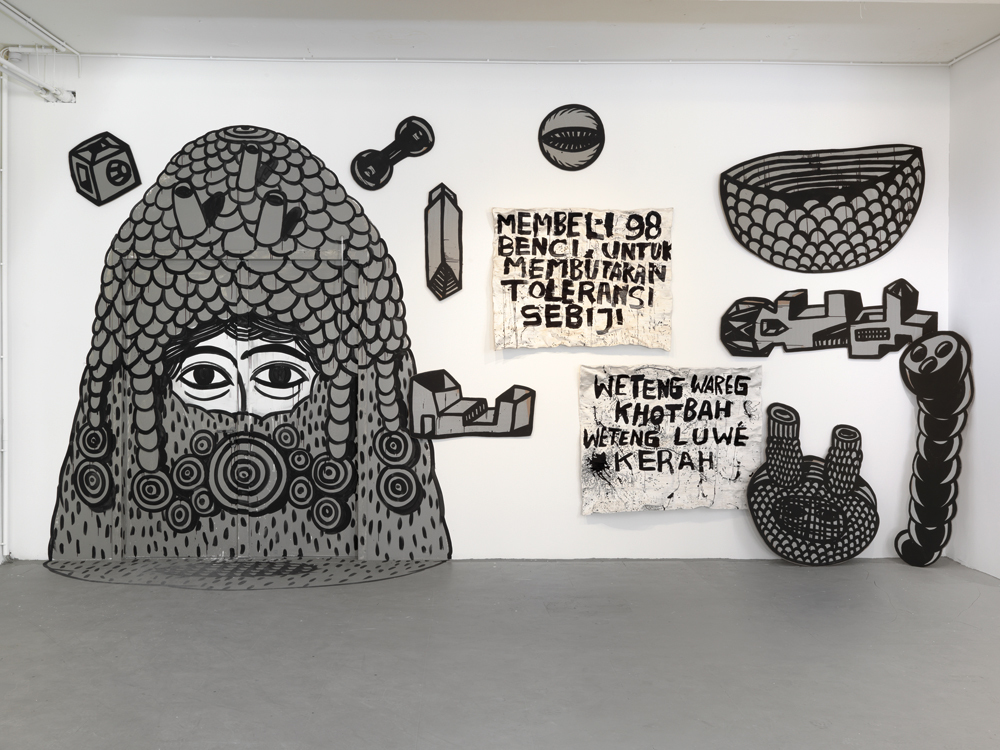 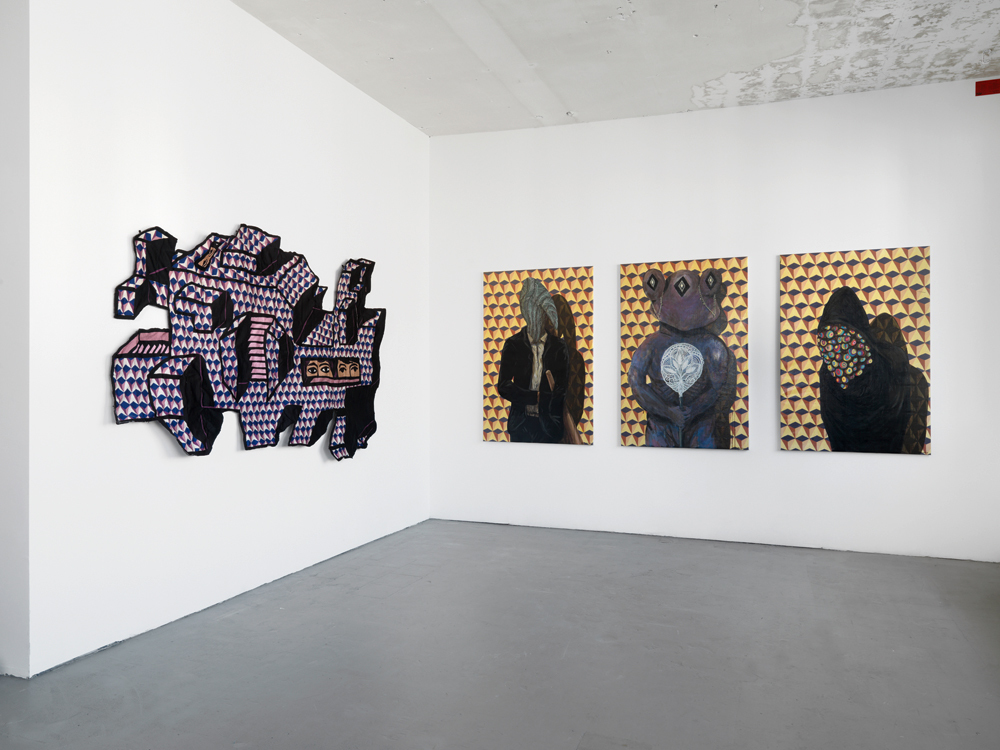 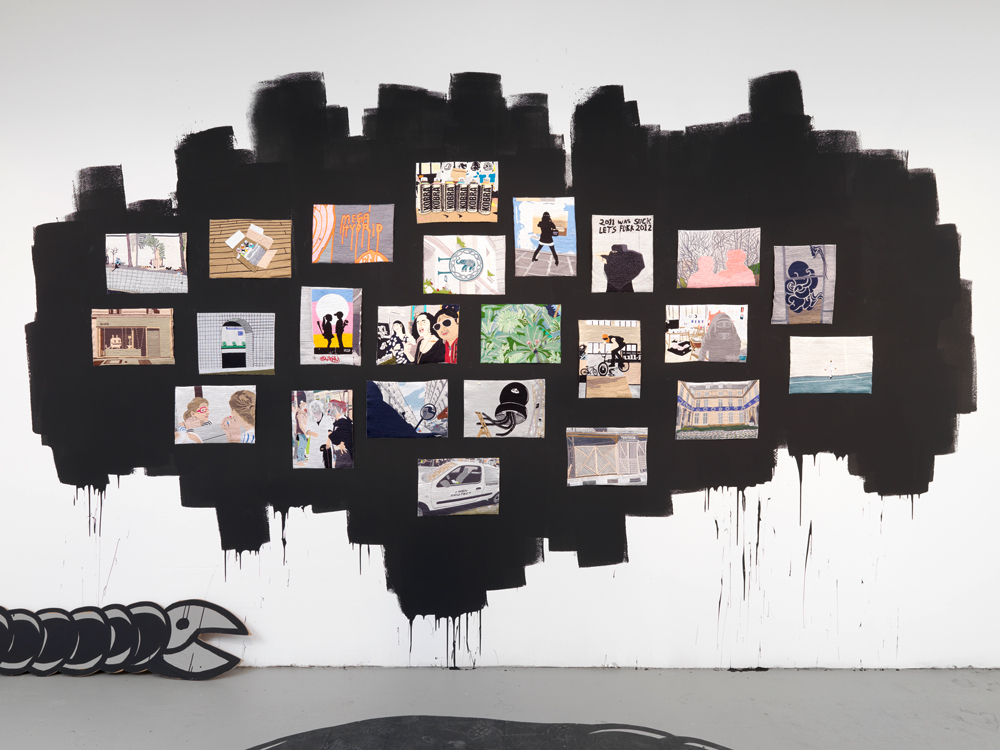 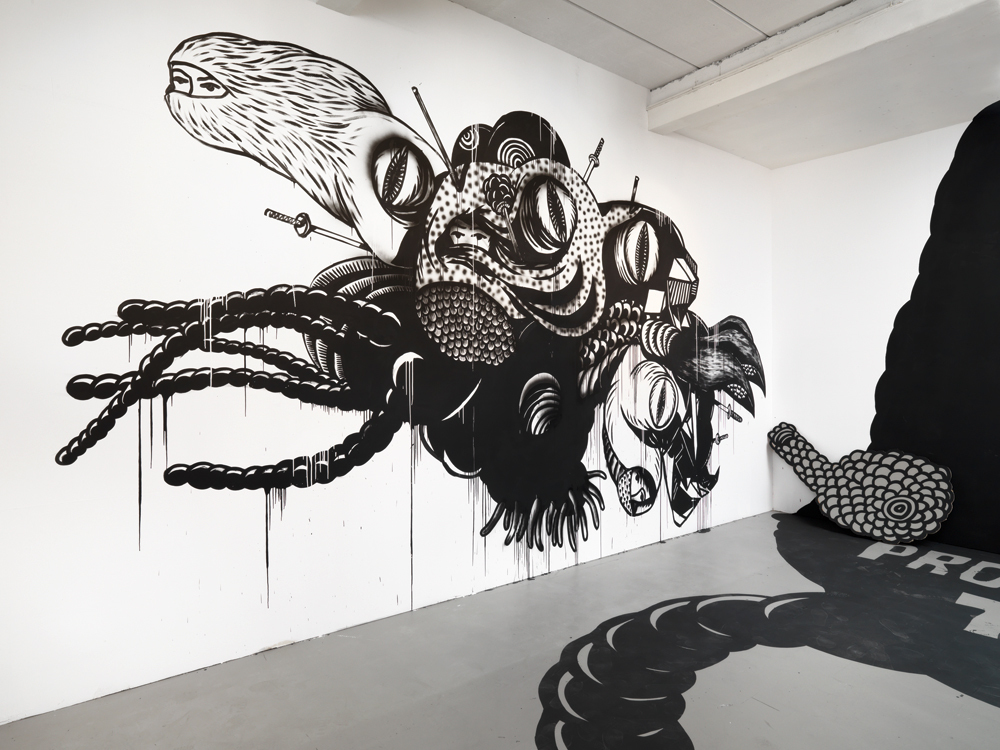 ARNDT Berlin is proud to present the first solo exhibition of the Indonesian artist Eko Nugroho (born 1977 in Yogyakarta; lives and works in Yogyakarta) in Germany.
Eko Nugroho's work represents the daily life of Indonesian society, which is on one hand strongly hierarchical and Muslim-influenced and on the other hand influenced by globalization and the western value system. In his paintings this contrast is visualized by showing fantasy beings comprised of human limbs and machine elements with faces mostly hidden behind masks or helmets. By juxtaposing these images with humorous but also critical texts and sayings, Nugroho tries to entice especially the young Indonesian generation to deal with political issues. He develops his skills in as many mediums as he can, from painting to drawing and video to more traditional hand craft techniques such as hook rugging. He captures the noise and the frenzy of the street, the eye-contact, identity, attitudes. He translates this flow in his drawings and patterns which invade the space. All the means of creation are used to translate these meetings between Indonesia and the West, street culture and the art world, political stakes and intimate reflections. Although he was trained at the Indonesian Art Institute and presented in galleries and museums, Nugroho’s work is deeply anchored in the urban environment. For ten years he has edited the comic book review Daging Tumbuh open to artists of all persuasions, he directs a clothes business which he customises and has made from the cast-offs of his area, in an Indonesia struggling to find economic stability. Eko works in situ, collaborating with local communities, occupying all the surfaces which he is given, from the façade of the Sucrière during the Biennale de Lyon in 2009, to the Espace Louis Vuitton 2011.
In his exhibition at ARNDT, the artist takes possession of the space by covering the floor, walls and ceiling with mural paintings. He presents canvases with hybrid characters somewhere between monsters and teenagers, bringing an unsettling and ironic point of view as well as imposing embroideries, a traditional technique hijacked by the artist, sculptures and characters seemingly from science-fiction and an animated film which is both playful and unsettling.
Eko Nugroho: “The central topic of my work since 2008 has been modern life in urban areas – something I have been exploring in my project Hidden Violence, and wished to continue to work on in Karlsruhe. My work is very much informed by my background in street art and I have always worked a lot in public space and with the local community. I was interested in exploring social culture in Europe, especially the situation of elderly people, because they somehow seem excluded from society.
I am interested in understanding people, so I see my work as a form of communication between myself, a place and the people I meet. In most cases I base my works on photographs and then translate these photographs into different media, such as murals, painting, animation or traditional embroidery. Conversations with locals about the city and the way they live have a big influence on how the images are transformed through this process. Many of the figures in my work, for instance, are masked in some way. In Java, the mask is a very symbolic part of traditional culture, and the tradition of shadow theatre has been an important influence for me. By changing the heads of the figures I convey my interpretation; this is the picture I end up with.
The artist will be present during the opening of the exhibition.