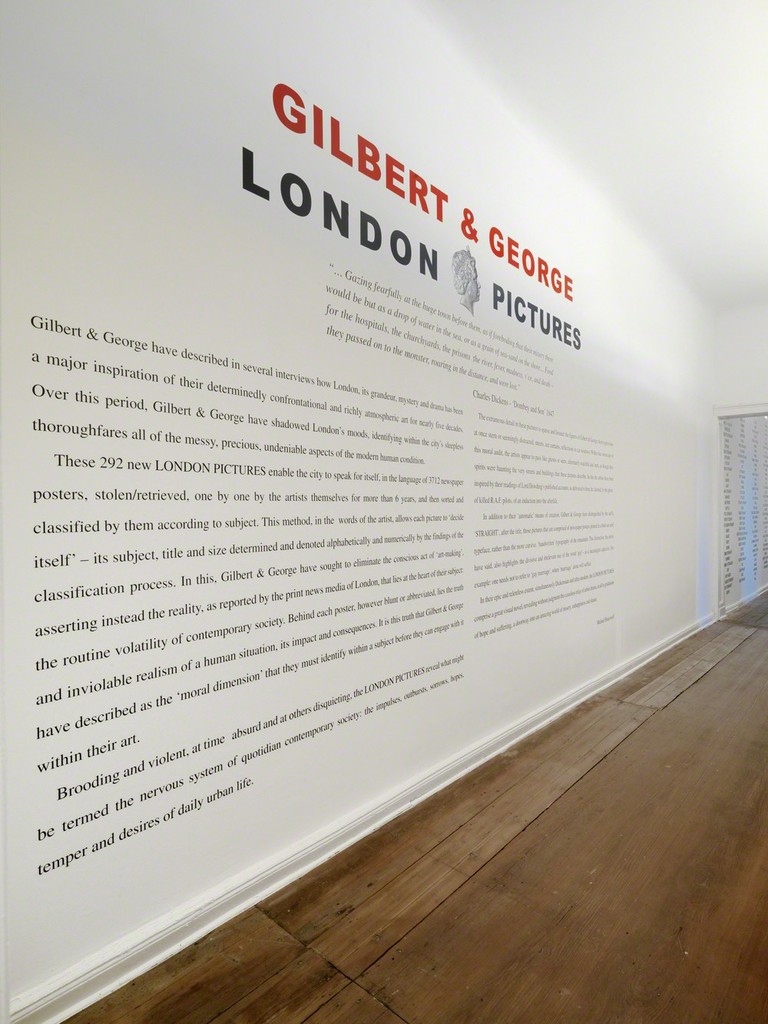 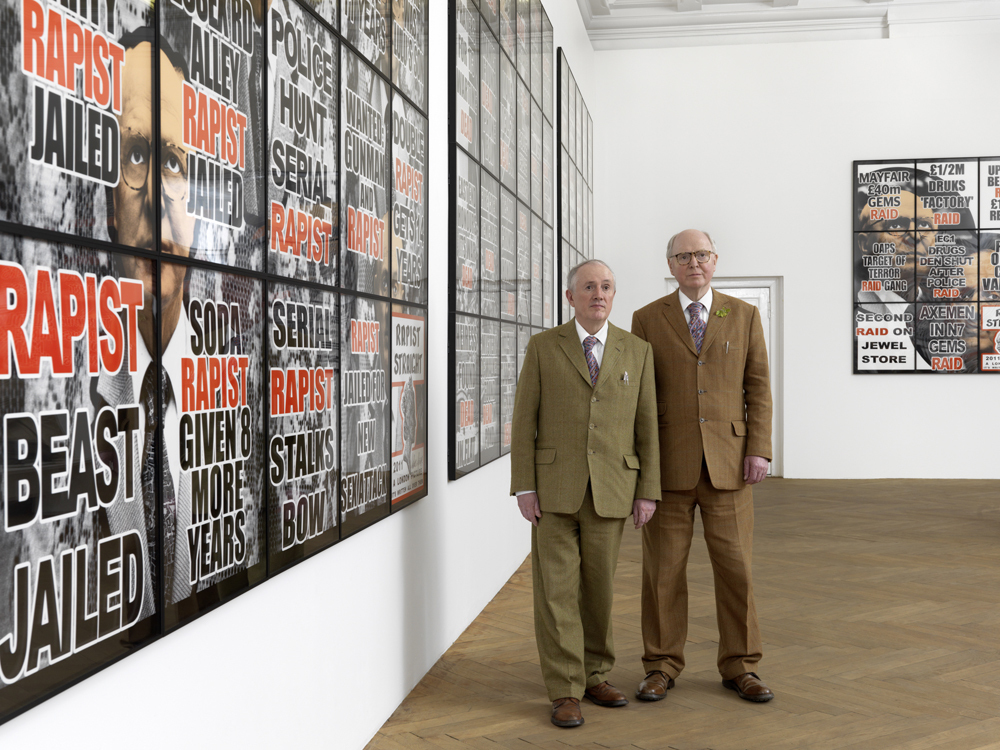 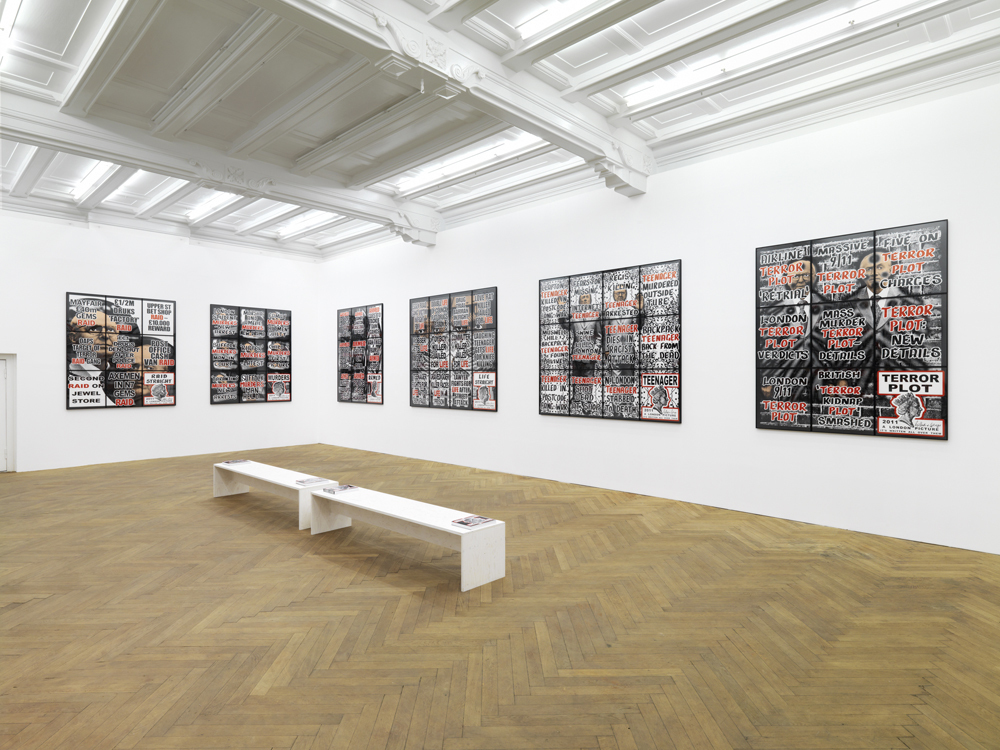 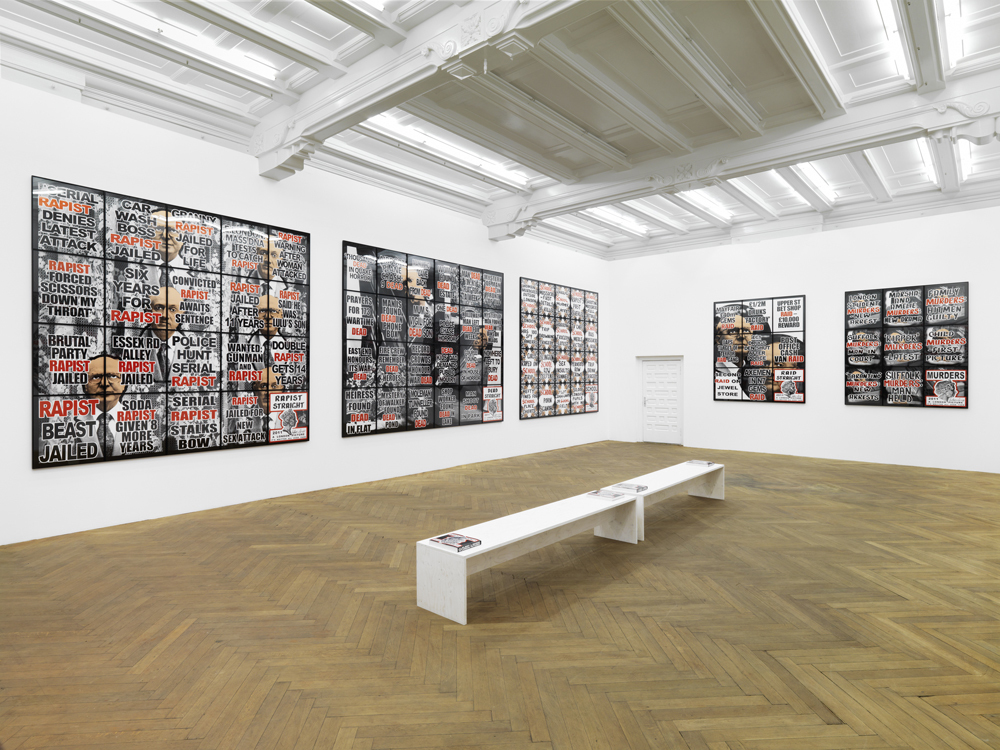 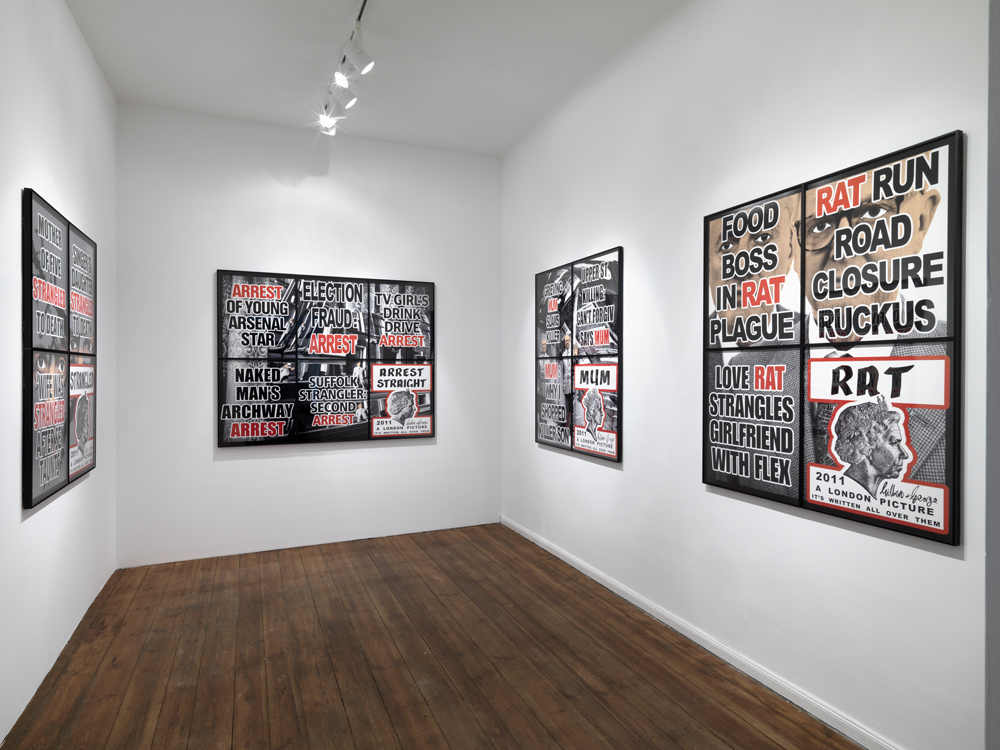 ARNDT Berlin is proud to present its inaugural exhibition of 'LONDON PICTURES' by Gilbert & George. This monumental body of 292 pictures is the largest series yet created by the acclaimed British artists. 19 pictures will be shown in Berlin.
For five decades, to international acclaim, Gilbert & George have been making art that is visionary, shocking, relentless, moral and richly atmospheric.
In these new ‘LONDON PICTURES’ Gilbert & George present an epic survey of modern urban life in all its volatility, tragedy, absurdity and routine violence. Brutal and declamatory, these brooding and disquieting pictures have been created from the sorting and classification by subject of nearly 4000 newspaper headline posters, stolen by the artists over a number of years. In their lucidity, no less than their insight into the daily realities of metropolitan life, the ‘LONDON PICTURES’ are Dickensian in scope and ultra-modern in sensibility.
Drawing directly on the quotidian life of a vast city, the ‘LONDON PICTURES’ allow contemporary society to recount itself in its own language. Within the townscape of this moral audit, Gilbert & George appear to pass like ghosts and seers, alternately watchful and distracted, as though their spirits were haunting the very streets and buildings that these pictures describe. The ‘LONDON PICTURES’ seem to comprise a great visual novel, revealing without judgment the ceaseless relay of urban drama, in all its gradations of hope and suffering.
Michael Bracewell, 2012
A catalogue documenting all 292 of the ‘LONDON PICTURES’ with an essay by Michael Bracewell will accompany the exhibition.
Gilbert & George will attend the press view and the opening of the exhibition.