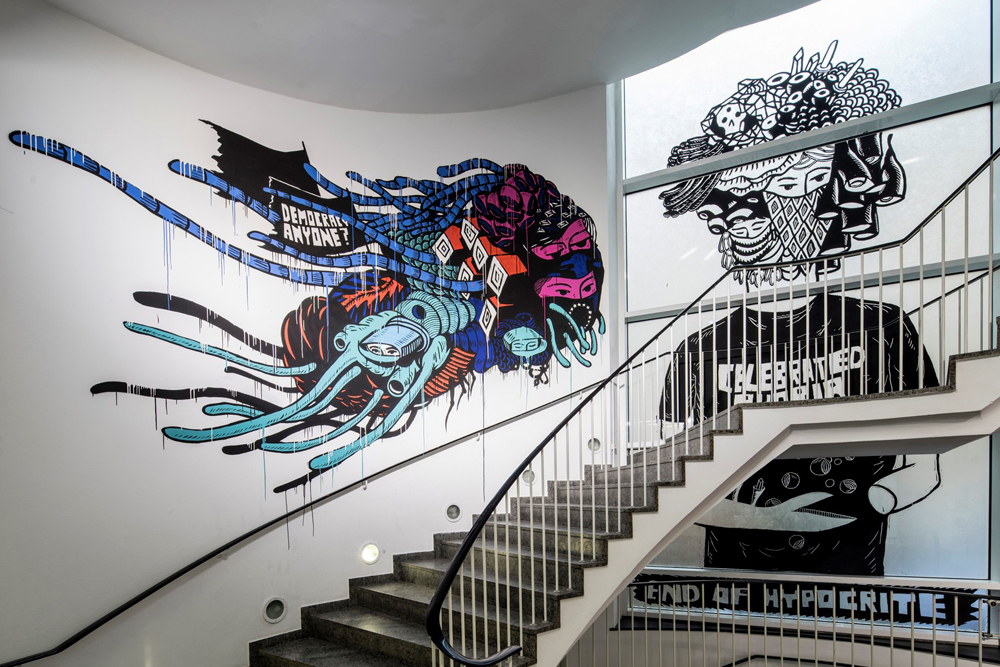 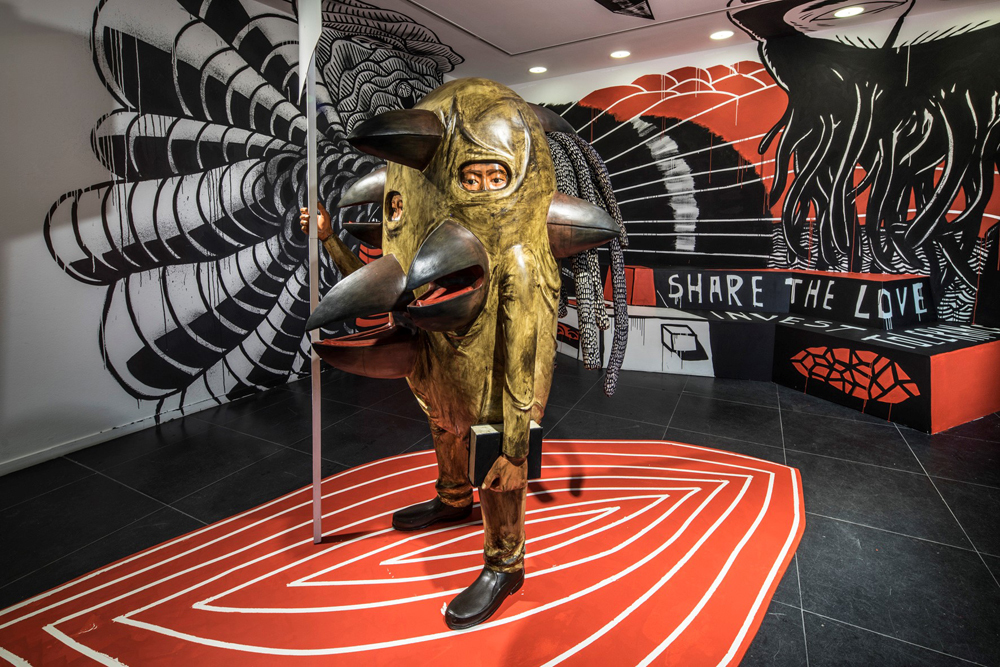 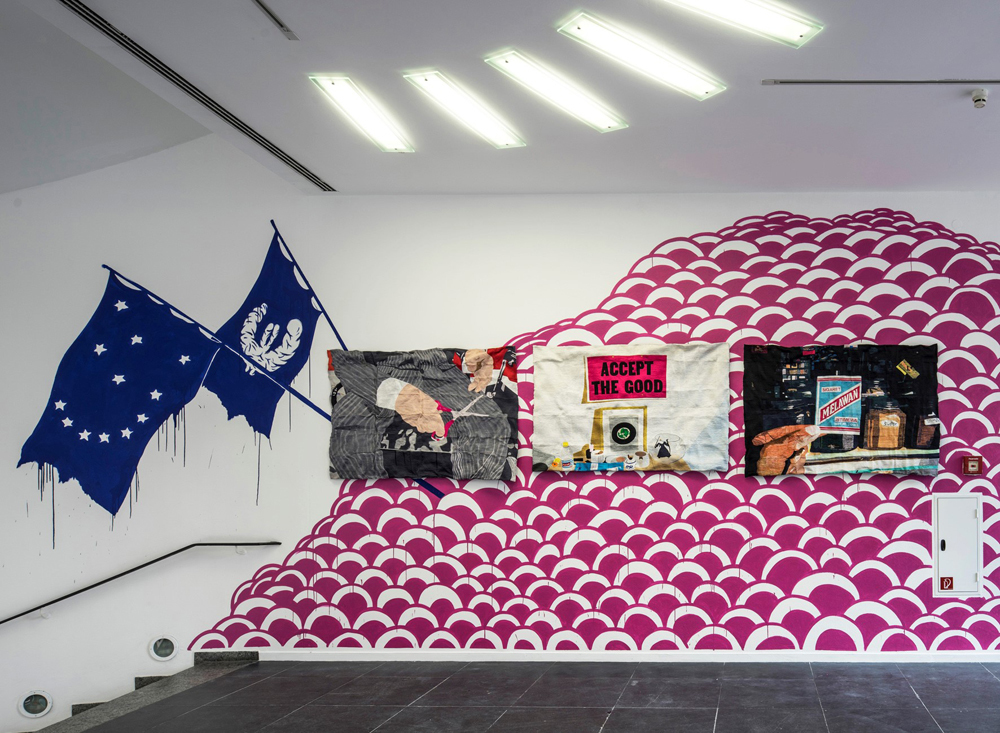 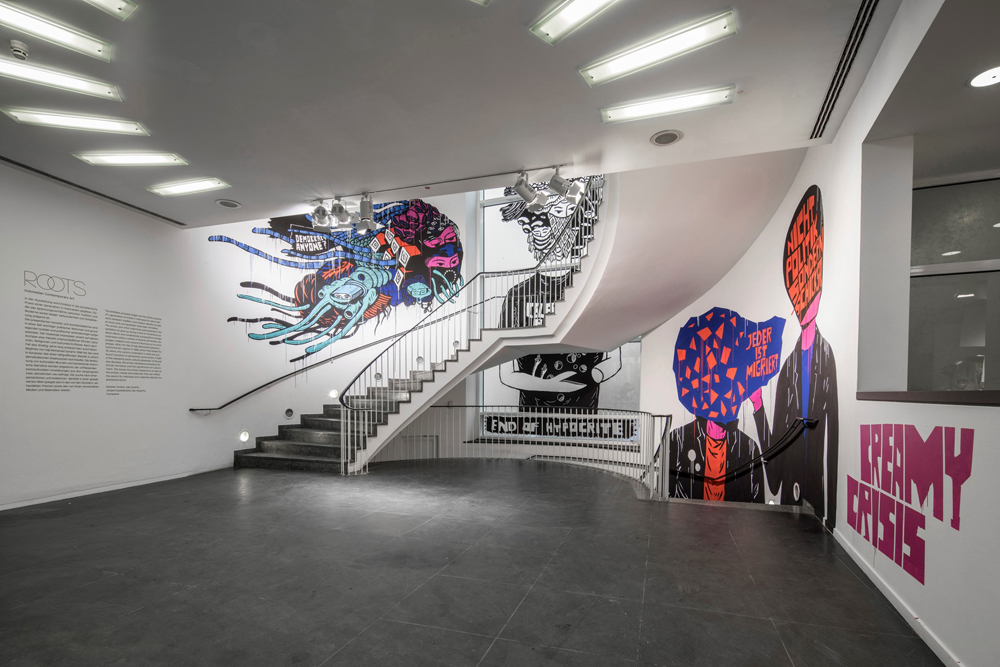 “Roots. Indonesian Contemporary Art,” is an exhibition of contemporary art from Indonesia. Jompet Kuswidananto, Eko Nugroho and Tromarama, three of the best-known Indonesian artists and artist collectives of the younger generation, will each be given a broad platform to present new works in the Frankfurter Kunstverein’s interior space. Joko Avianto has been invited to create a site-specific bamboo installation for the facade.

Indonesia ranks as one of the most populous countries in the world and unites many different ethnicities, languages, religions, and cultural influences in the more than 17,000 islands comprising the archipelago. Under Dutch colonial rule, which lasted for nearly 350 years, Indonesian culture experienced severe socio-cultural upheavals. A modern, westernized society had emerged by the middle of the twentieth century. The effects of a prolonged struggle for independence and political instability still reverberate in the tension permeating today’s society. The four artists belong to a generation that experienced the most significant period of changes in Indonesia’s contemporary social and political situation first-hand. While part of the change brought about during the 1998 post-reformation transition, the artists’ work creates the distance necessary to take a critical stance. Their work grounds short-term change within a deeply rooted, complex socio-cultural tradition in which the tension between traditionalism and modernity, nationality and internationality, locality and globalism, universality and plurality becomes apparent.

The exhibition “Roots. Indonesian Contemporary Art“ will be held on the occasion of Indonesia’s appearance as the Guest of Honour at the Frankfurt Book Fair 2015 and is a co-production with the National Gallery of Indonesia in Jakarta, under the auspices of the Ministry of Education and Culture of the Republic of Indonesia.