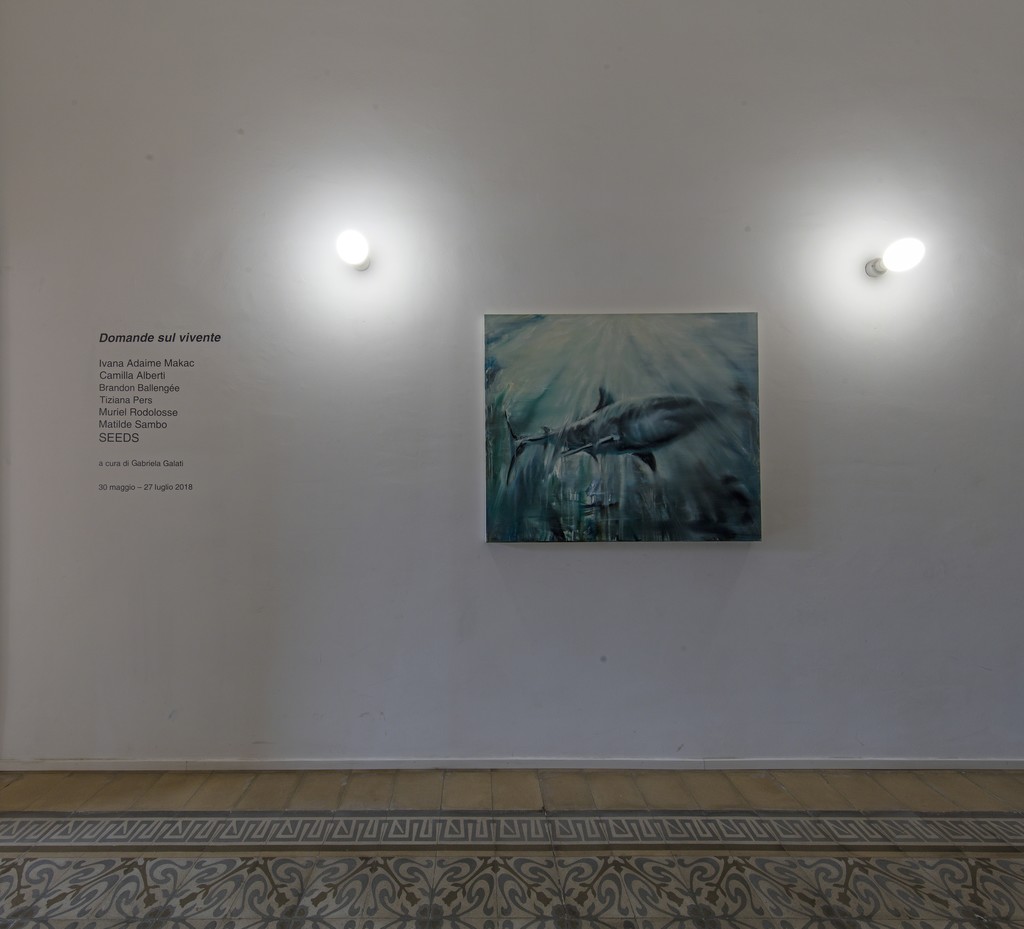 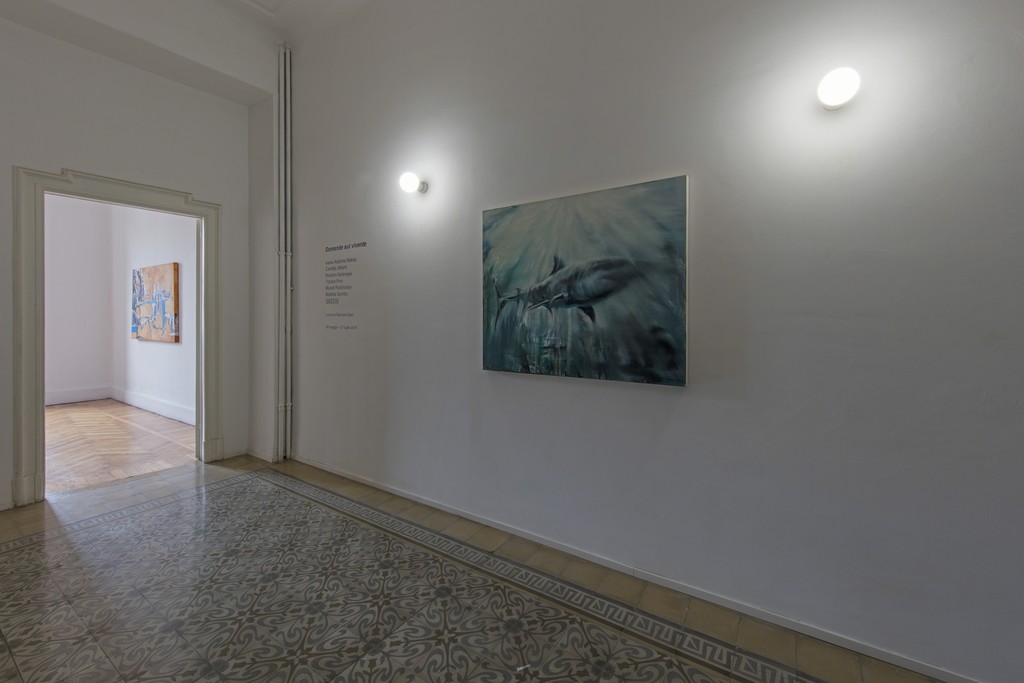 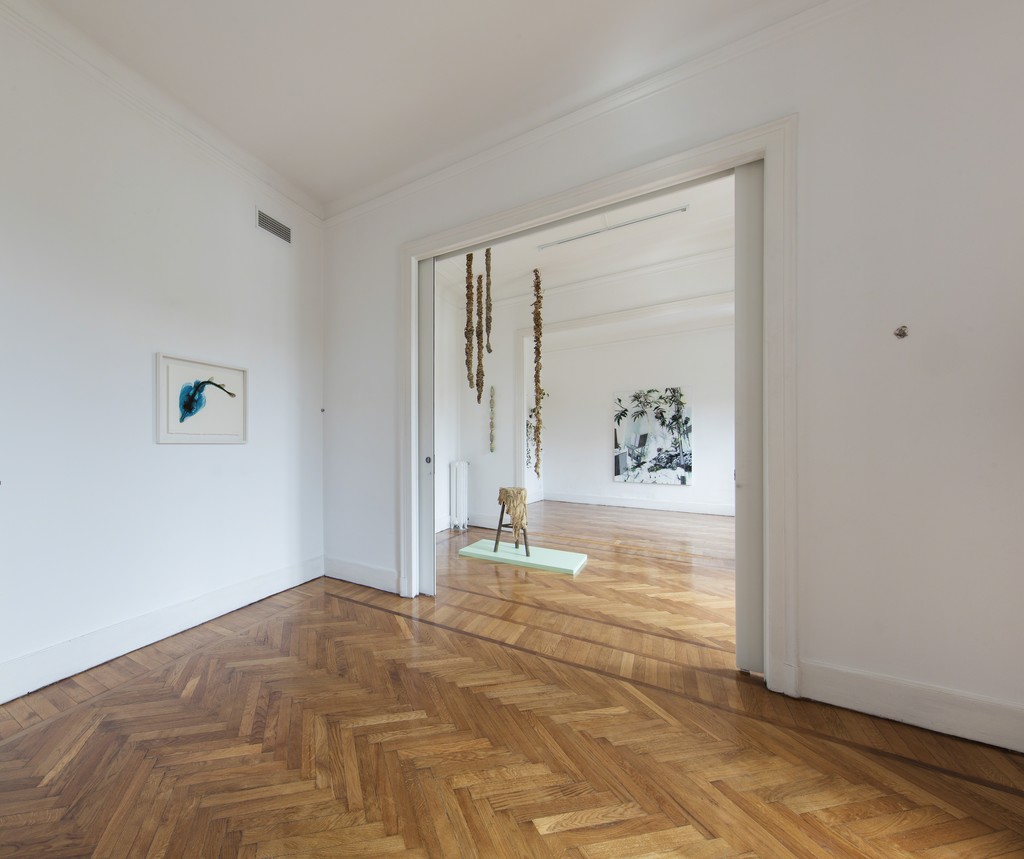 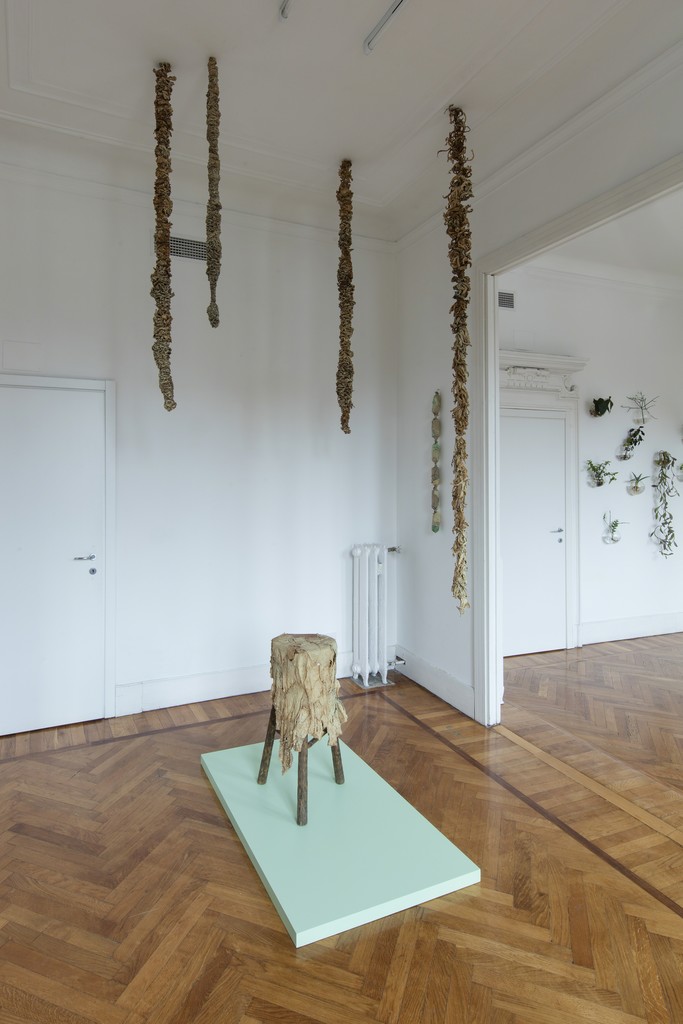 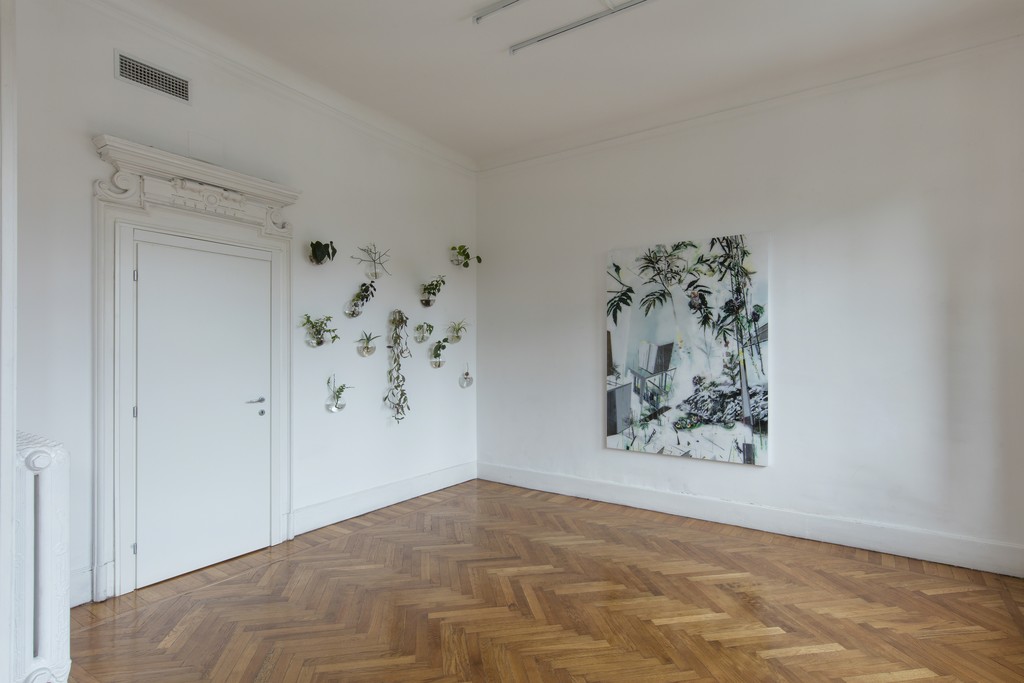 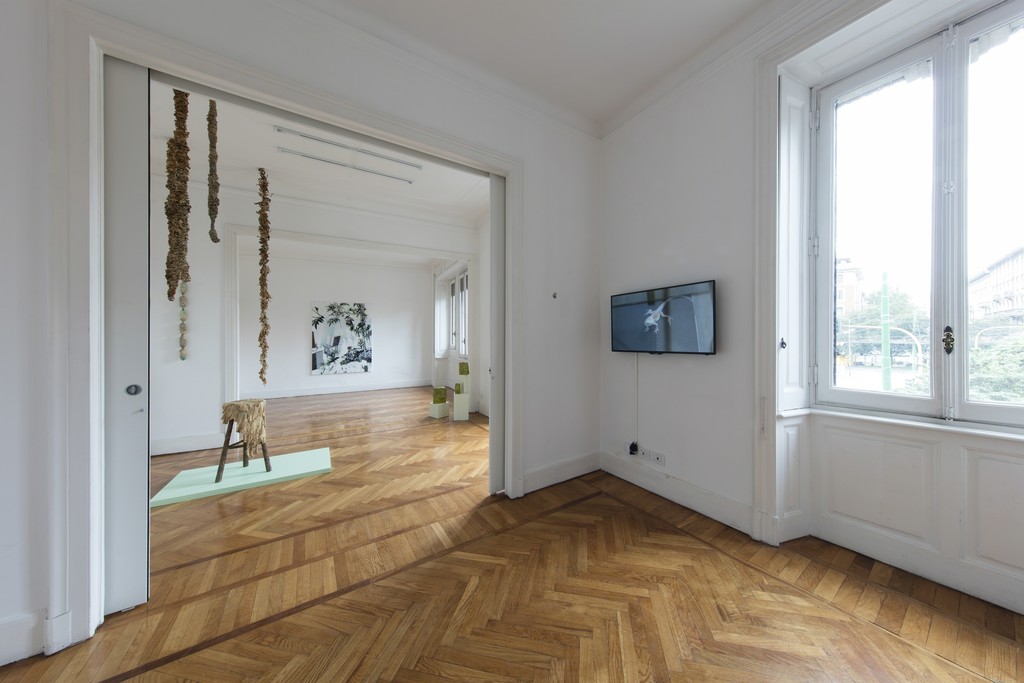 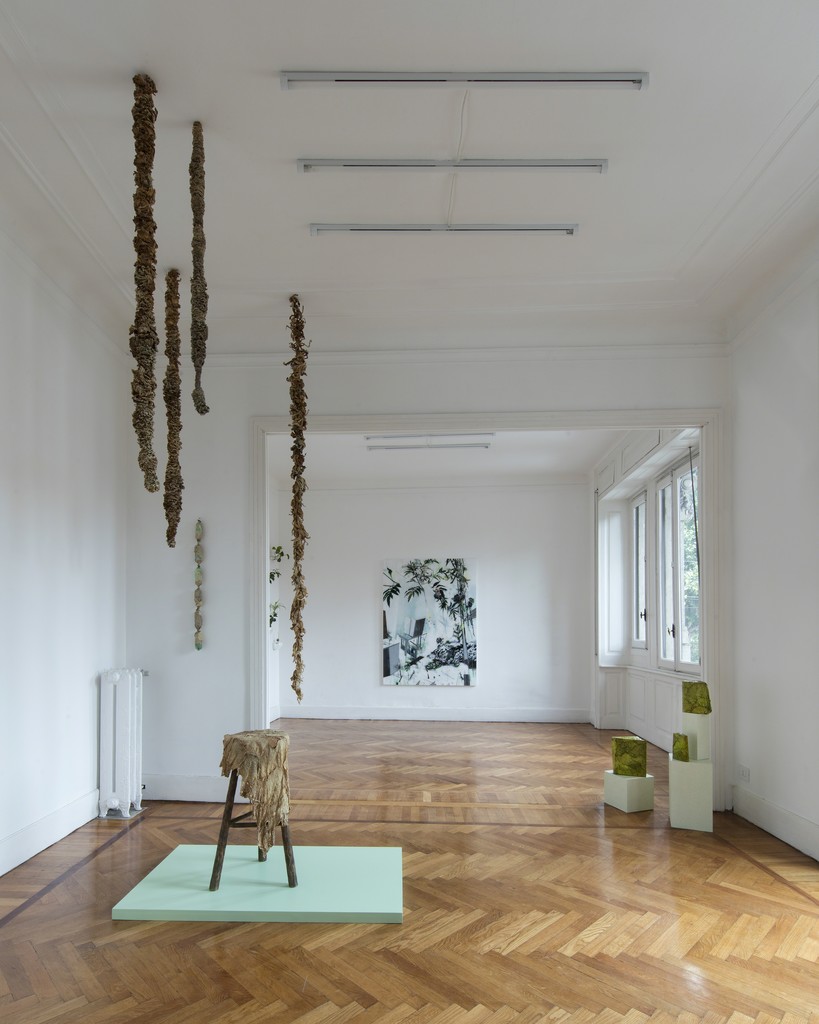 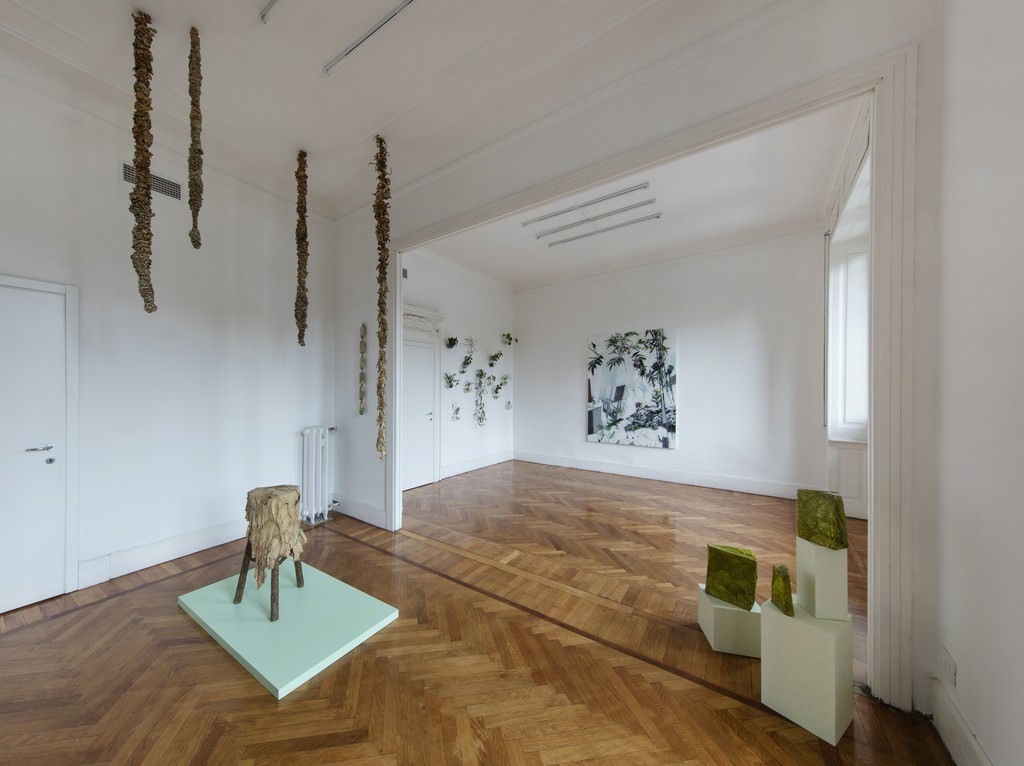 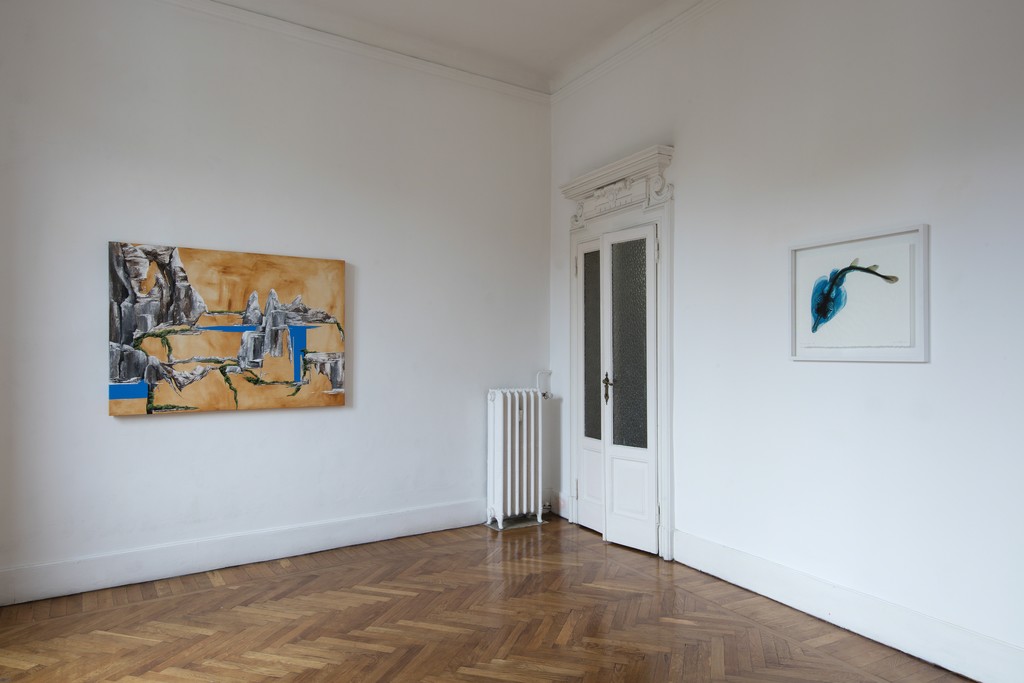 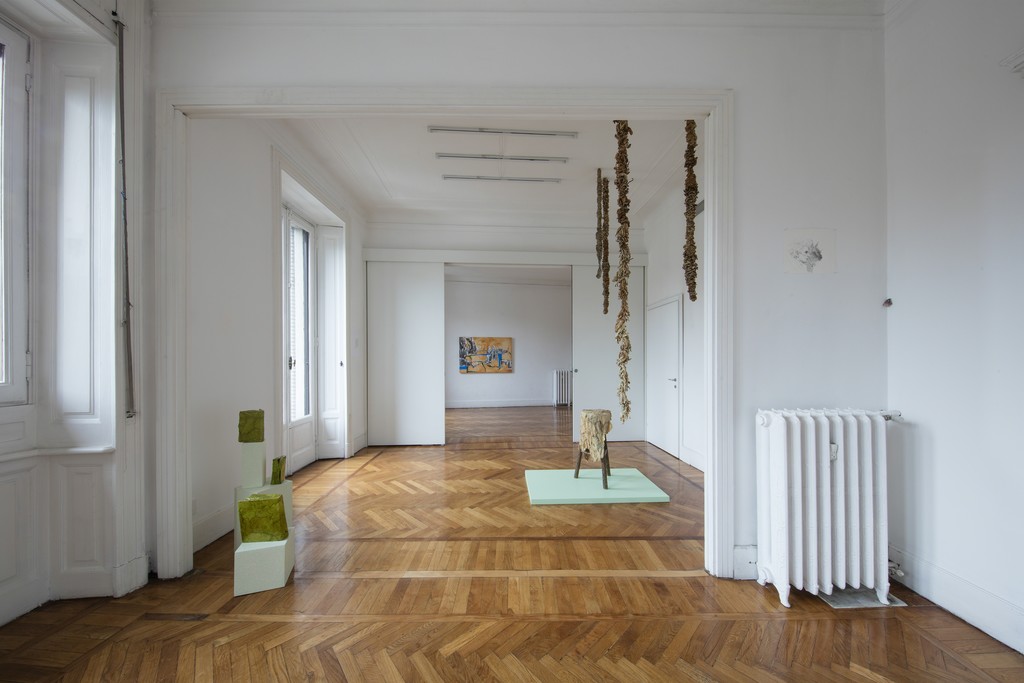 aA29 Project Room Milan is pleased to present Domande sul vivente /Questions on the Living, a group exhibition curated by Gabriela Galati that features works by six artists and a creative collective who ask questions about the living with very different points of view and approaches, and even sometimes in contradictory contexts.

The exponential acceleration during the last century in technological developments has inevitably led to questions on the changes in the relationship between humans and technology, and, almost at the same time, on the living as a whole. Many of the researches in this regard have been proposed under the name of posthuman: a "condition" that implies an expansion in the interest towards a more complex and comprehensive vision of contemporaneity; a vision that puts all life forms on the same level taking into consideration also the relationship with the inorganic. In this sense, "living", one of the most discussed and difficult aspects to be defined by biology, includes human and non-human animals, the vegetal world, and why not, even forms considered semi-living, such as viruses.
The exhibition intends to explore diverse visions, approaches and methodologies regarding the living in the artistic practices it presents. Its intention is not to use living beings as materials, or to create a purely aesthetic experience, but on the contrary, all these artists are interested on the living as a topic of reflection, and often of action, whatever the medium chosen to convey it. In fact some of them, like Camilla Alberti, Tiziana Pers and Muriel Rodolosse use panting, Ivana Adaime Makac and Brandon Ballengée include vegetal elements and animals in their oeuvre, and Matilde Sambo works with video and photography.
A great part of Ivana Adaime Makac’s artistic research focuses on investigating the processes of domestication and dis-domestication of living beings. Particularly, in the works in the show she used Savoy cabbage, a vegetable that was domesticated hundreds of years ago for human consumption, treated in different ways: In the books sculptures, she covered an 1867 edition of Charles Darwin’s The Variation of Animals and Plants under Domestication and Alphonse de Candolle’s Origine des plants cultivées (1998) with layers of cabbage treated with pigments and lacquer. In the installation that belongs to the series Jardin Transformiste, the artist used the cabbage to “dress” a stool, and remaining vegetables from other works and installations to build the garlands. The artist’s interest for life cycles and incomplete shapes is paired in all these works with new forms of domestication and reutilisation of the vegetal element.
Camilla Alberti’s paintings deal with nature as landscape: she isolates some details from a landscape, and recomposes the images creating an abstract background. In this way, the elaboration of nature is doubled: firstly when it is conceptualised as landscape, as it usually is, and a secondly through her artistic elaboration.
Brandon Ballengée is an artist and biologist who has been researching for a long time on terminal deformities in amphibian populations, and from these investigations his artistic series Malamp (1996-ongoing) stemmed. Featured in the show there is one work of his Styx series (2007-ongoing). It consists in a chemically cleared and stained tiny frog lying on an illuminated glass dish. The deformed bodies are very small, and as in the Reliquaries photographs (2001-ongoing), the artist intends to create an emotional bond with the viewer, not to present the animals as monsters. His research also includes finding what generated these deformities, and eventually killed the amphibians: the causes are often pollution of the environment and water.
Tiziana Pers research is focused on biocentrism and antiespeciesm. The painting presented in the show is part of the series Elephant Song (2016), a group of works that initially addressed the extinction of elephants, but that successively the artist extended to other species, in this case, sharks. In particular, she is interested in increasing awareness on an extremely cruel practice usual in some parts of Asia where sharks’ fins are used to make a very popular soup: sharks are caught, its fins cut while they are still alive, and then thrown back to the water, where they slowly bleed to death. Elephant Song_Shark is a call to stop these insane practices, and at the same time, an homage to all animals, like all the artist’s oeuvre is.
Muriel Rodolosse’s back paintings on Plexiglas intend to put into question common human views on nature. In the apparent delicate and dreamy quality of many of her works, a quality possibly accentuated by the milky white background, it is possible to perceive a silent struggle between architectural and natural elements. The idea of a disturbed nature is challenged by also conveying the sense of natural wilderness that predominates on the pictorial surface.
Matilde Sambo’s recent video Fairy Cage (2018) investigates the tension between human fascination with nature, more specifically with other non-human animals, and the also very human need of possessing it/them. The artist slowly unveils each image and each movement, a choice that together with the disturbing audio intensifies the feeling of uneasiness when the viewer understands that each one of the living beings in the piece is a prisoner.
The exhibition is completed with the participation of SEEDS, a collective dedicated to exploring the relations between people and plants. For the exhibition, Giada Seghers, one of SEEDS’ three founders, conceived the installation Up Above and Down Below in which plant cuttings that belonged to different people, and thus have different stories are exhibited. The work aim is twofold: on the one hand, tracing and sharing plants’ movements and stories, on the other hand, in this work the roots, which are usually hidden and untouchable acquire the same importance as the “upper green” part.
SEEDS will also present the performance PlantSwap on June 23rd, from 4 to 8pm. It will be an event open to the public in which participants exchange plants, plant cuttings and seeds, advices on how to better take care of them, but also their stories (The Plant Story Project). SEEDS has been organising the PlantSwap event in Bruxelles, Paris and Milan since 2015 as a way of creating a community through these cities grounded on the love of plants and their shared stories.

Thus Questions on the Living aims at making evident that, even when the angles to tackle the diverse topics and the artistic research methodologies can vary, sometime greatly, there are current artistic practices, like the presented ones, which actively engage in the necessary efforts to rethink and re-enact the co-existence between the living, the inorganic and the technological as a complex ecosystem. In this complexity, older hierarchies, especially the ones that considered “the human” on top, are put into discussion and new models of interaction and co-habitation are conceived and deployed.

[A special thanks to Nowhere Gallery and Orio Vergani for Brandon Ballengéè’s participation in the show.]