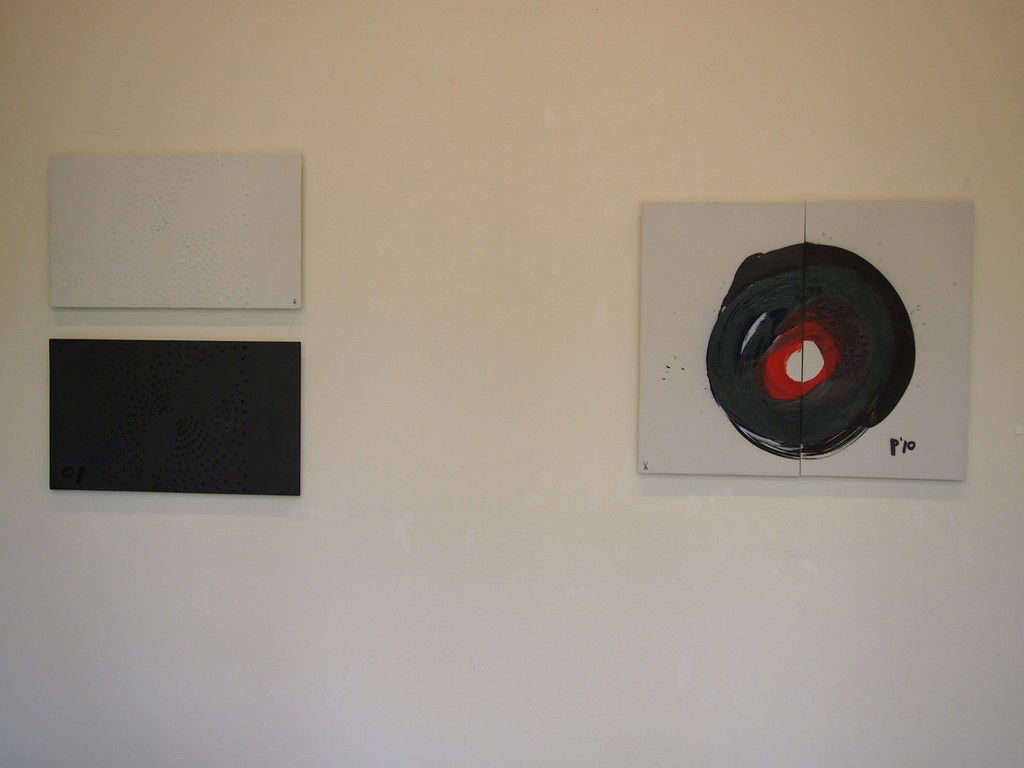 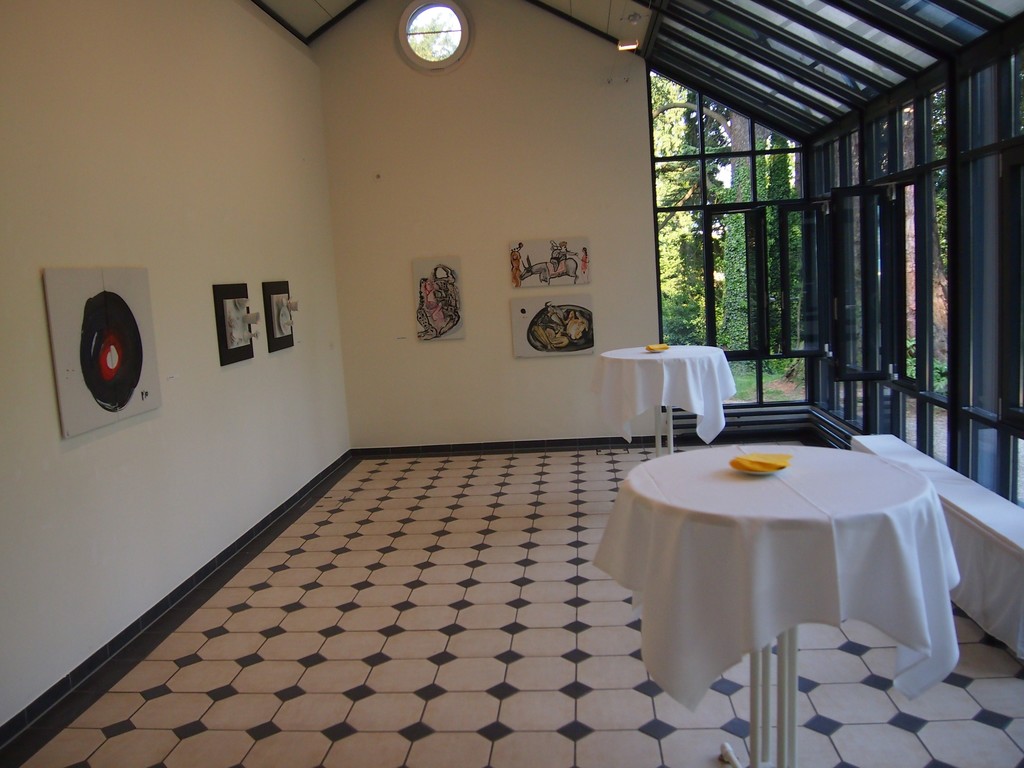 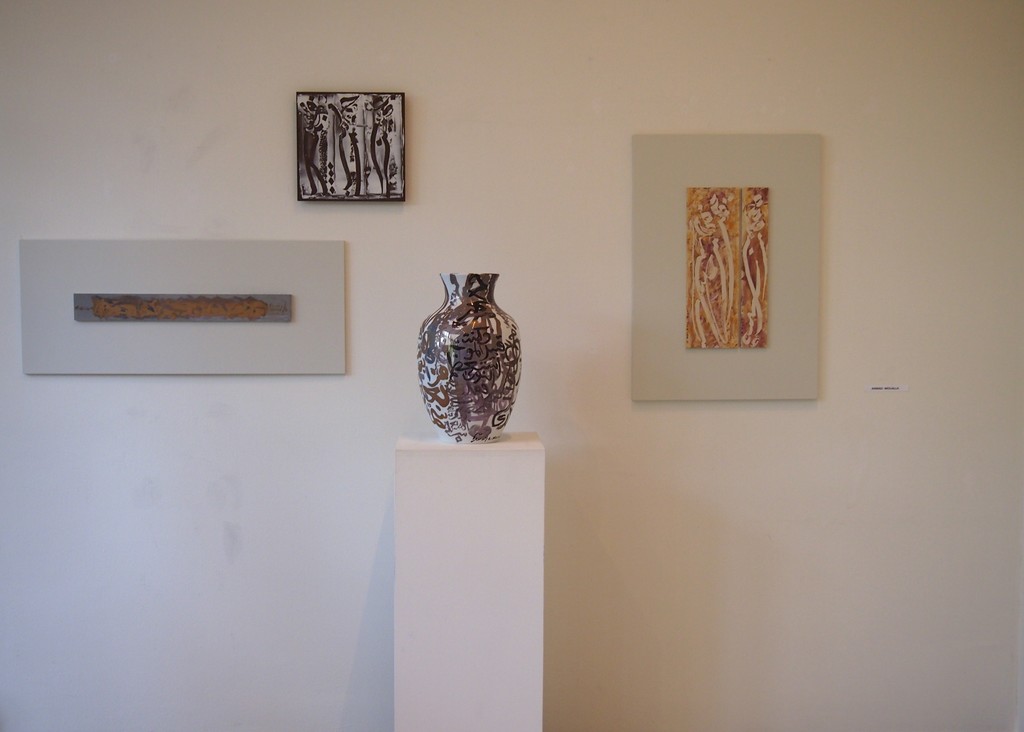 In 2009 Meissen® established collaboration with painters, sculptors and architects to launch and promote a new phase of creativity in which the purest porcelain in existence would be adapted to all spheres of the applied arts, just as Max Adolf Pfeiffer did in the 1920s when he brought manufacturing to the apex of creativity.

Today, selected artists are invited for creative residencies, bringing their ideas to life with the support of workshops, equipment, expert craftsmen and master artisans.

It is in this context that imagination is combined with the refined characteristics of porcelain in Meissen’s® workshops, where for three centuries - in each and every one of its pieces - this type of artisan craftsmanship has embodied a part of Europe’s artistic history.

Meissen® collaborates with artists who are already well known, such as its recent work with Prof. K.O. Goetz (†) and Otto Piene (†), and with upcoming artists, who thanks to their association with Meissen®, have quickly attracted international attention.

The seven artists chosen for the Abu Dhabi Art 2017 form only small part of the entire collection of Meissen®, which currently includes porcelain works by over 50 artists.

"As a gallery with a focus on contemporary art from the Middle East, we are committed to promoting cultural exchange. With the establishment of artCAMPUS® in 2010 the German porcelain manufacturer Meissen® has been actively supporting a contemporary examination of a traditional craft and a material, that still holds a unique position in the contemporary art market to date. With this partnership we are delighted to be able to present works by renowned international artists rarely seen outside the artCAMPUS® to a wider audience," say Heidi and Franz Leupi, AB43 CONTEMPORARY.

Nevertheless, there are also three traditional artists that will be shown at Abu Dhabi Art 2017 who are on the verge of achieving a major breakthrough on the international art scene: Otgonbayar Ershuu “Otgo” (Mongolia), Samira Hodaei (Iran) and Ahmet Oran (Turkey).

AB43 CONTEMPORARY has represented leading contemporary artistic positions from the Middle East and Arab countries with a focus on Iran, for more than 15 years. ‘AB’ stands for Across Borders and is a commitment by Founders Heidi and Franz J. Leupi to a gallery activity that involves art dealing as much as promoting and fostering cultural exchange between East and West.

Khaled Al-Saai (born in Syria in 1970) lives and works in the United Arab Emirates. He studied calligraphy in Istanbul as well as painting in Damascus. In 1997, he was named one of the ten best calligraphers in the world at Tehran's calligraphy festival. Ranging from decorative to innovative works, in which he combines individual inscriptions into picturesque compositions, Al-Saai's works can be found in numerous museum and private collections worldwide. Khaled Al-Saai teaches calligraphy in Michigan and is offering worldwide calligraphy workshops.

"The opportunity to see my art on a material that has already been used in the history of Islamic art during the Omayyad caliphate attracted me. A new medium always opens up new possibilities in art."

Ramin Haerizadeh (born in Teheran in 1975), lives and works in exile in Dubai. He and his brother Rokni were born in Iran in a period of great upheaval culminating in the revolution and the takeover of power by Ayatollah Khomeini. The drastic changes in their homeland and the consequences these have had for day-to-day life have left a lasting impression on Rokni and Ramin.

During his studies Ramin focussed on photography. To date he uses his photos as a basis for collages, in which he elaborates and often extracts excerpts from current Iranian daily newspapers. They are angry pictures, satires, which fight against hypocrisy and injustice.

"I was free in treating the porcelain in my unconventional ways, which felt like stirring chaos within a well-organized traditional system. I was hacking and engraving on Meissen porcelain! Rough-handling the material which I knew had been traditionally treated gently and respectfully felt like vandalism. I was the vandal, making my obscene graffiti marks on this prestigious exquisite porcelain."

Passion and aesthetics are the focus of the Swiss artist with French roots Michaël Lucerne, born in 1964. As an autodidact, he portraits the presence in the neo-expressionist style. Several study visits between 1992 and 2002 in the USA, Morocco, Egypt, Slovakia, Italy and also France represent a decisive source of inspiration.

The interplay of various techniques, his style of life and the personality associated with it form an individual world in which Michaël Lucerne moves freely. He does not limit himself to only one art genre as he also deals with sculpture, photography, design and graphics. The main focus of his work is on motifs such as the human body and its expressive artistic realization. But also nature elements, architecture as well as social phenomena are found in the works of Lucerne, of which many are placed in the public space.

Nja Mahdaoui, born in Tunisia in 1937, studied at the Academia Santa Andrea in Rome and at the École du Louvre in Paris. He continued his studies at the Cité Internationale des Arts in Paris with a grant from the Tunisian Government.

Nja Mahdaoui’s art is likewise inspired by Arabic calligraphy. His work is nevertheless free of linguistic content. It adorns entire Gulf Air aircrafts and airports. Nja has received numerous awards and prizes and is regarded as being one of Tunisia’s leading contemporaries.

“The kaolin-based body needs to be handled with a lot of care. It was a great pleasure and honour for me to indulge in a bit of sculptural experimentation and, for the first time, to perform my work on porcelain objects modelled by craftworkers at the Meissen Manufactory beforehand. The greatest challenge for me as a painter concerned the way colour pigments are altered by fire and glaze.”

Ahmad Moualla (born in Syria in 1958) lives and works in France. He is recognized as one of the leading exponents in contemporary Syrian expressionism.

Moualla studied Classical Calligraphy but initially turned to painting. While studying Graphics and Visual Communication in Damascus and Paris, he was interested in the relationship between painting and script. The painter figuratively encounters the calligrapher in the process of working the surface of his painted grounds. The painter in him applies the layers of colour, whilst the calligrapher sets letters and words.

"Porcelain is born of fire. Without highfiring kilns it would not exist. Vibrant candlelight creates three-dimensional reflections on porcelain pots. Flickering light engenders motion in painted scenes and brings the gilded surface to life."

Otto Piene (born in Laasphe, Germany in 1928; died 2014 in Berlin) was a co-founder of the influential European post-war movement Group ZERO. He was known for developing the Grid Picture, for his Rauchbilder (smoke pictures), in which the artist applied solvent to pigmented paper and set it on fire, before creating images from the soot, and for his sky art. For over 20 years Piene worked as the Director of the Center for Advanced Visual Studies at the Massachusetts Institute of Technology. Together with Heinz Mack, Günther Uecker and the Stiftung Museum Kunstpalast (Mattijs Visser) he founded the international ZERO Foundation in 2008 to house the archive of the famous Dusseldorf collective with numerous works, documents, photographs etc.

"It turns out that porcelain is a difficult material, which is not really compatible with the production and material understanding of the present. Therefore it is understandable that MEISSEN is looking for contact with artists who want to develop the future in their own way from the present."

Cornelia Schleime, born in East Berlin in 1953, was banned from exhibiting in the GDR after she had graduated in Graphics and Painting in 1981. She made films, sang in punk bands and organised wild performances.

She emigrated to West Berlin in 1984 and soon made a name there as a painter of ironically postmodern human images, winning the Gabriele Münter and the Fred Thieler Prizes amongst others.

“Meissen Porcelain has accompanied me since childhood. My father collected it. When I passed my entrance exam for the Art College in Dresden, he gave me a MEISSEN® coffee set for six as a present. A few months later he was horrified to find out I was using the cups to mix my oil paints in. He stormed out of the studio and didn’t speak to me for the next six months. My father is no longer alive. My painting on Meissen Porcelain is a way of belatedly making up with him.”

Ahmet Oran was born in Çanakkale in 1957. He studied painting in Istanbul and Vienna. From 1977 to 1980, he studied at the Academy of Fine Arts in Istanbul with Professor Adnan Çoker. Between 1980 and 1986 he studied painting, glass painting and graphic arts under Prof. Carl Unger at the Vienna Academy of Applied Arts. Afterwards, Oran continued his studies with Prof. Adolf Frohner from 1986 to 1987. For over twenty years, Ahmet Oran opened numerous solo exhibitions and participated in group exhibitions both in Turkey and abroad. His works have been exhibited in contemporary art museums including Istanbul Modern, Kunsthalle Bonn and Lentos Kunstmuseum.Ahmet Oran lives and works in Istanbul and Vienna.

Otgonbayar Ershuu was born in 1981 in Ulan-Bator, Mongolia. His artist name is OTGO. He studied traditional Mongolian painting in Ulaanbaatar (1996 -1998). After studying, he became a painter and restorer on several research trips to historical sites in Mongolia. In the Buddhist-Lamaist monasteries, he studied various techniques and the iconography of miniature painting as well as their spiritual background (1998-2004). Beside his free artistic creations, his work includes about six hundred "research pictures". From 2007-2010 he studied at the Institute of Art in Context of the University of the Arts Berlin, which he completed with the Master of Arts. After studying, OTGO opened the first Mongolia Cultural Center in Berlin in 2010.

For his work, OTGO has received various prizes and awards, including the gold medal "Knowledge" from the cultural palace of the Mongolian Children institution in 1996 and the "Best Mongolian National Talent" by the Ministry of Education, Culture and Science of Mongolia in 2004. In 2015 OTGO was awarded the "GRAND PRIX" of the International Biennial of Painting, Chisinau, Moldova.

He lives and works in Berlin and Ulaanbaatar.

Samira Hodaei was born in Tehran/Iran in 1981. After finishing her degree at AL ZAHRA University in Tehran Samira Hodaei assisted the internationally known artist Reza Derakshani for six years. In 2010 she was invited by the Oryx Foundation to stay as artist in residence in Switzerland. Her works were part of numerous group shows in Switzerland, Qatar, Australia, Turkey, Germany and have already been shown at various art fairs like Abu Dhabi Art or Art Dubai. Her work "Endless" was chosen for the Funsaka-Osaka Biennale/Japan in autumn 2012. She lives and works in Tehran/Iran.

Her dot-glass painting technique consists of the following: The special glass colours do not penetrate the canvas. Instead, the paint dries and hardens on it. This way, a relief emerges, which means the picture can be explored as a haptic experience. The various dots and blobs on the canvas mix with each other and create the effect of the artwork vibrating. The pure form of her pictures is in itself fascinating.