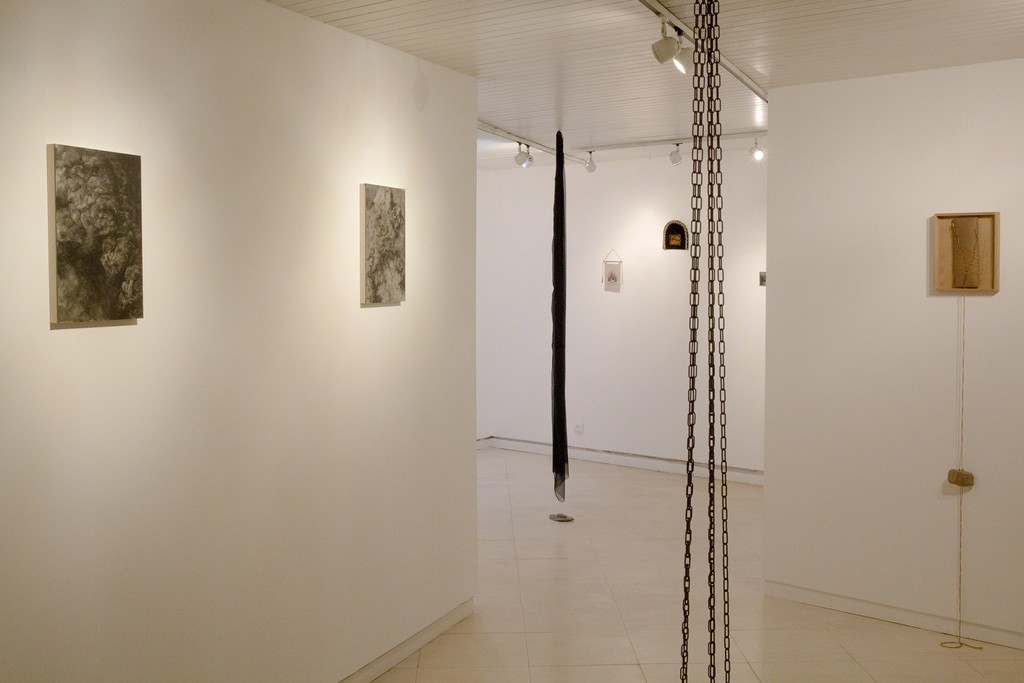 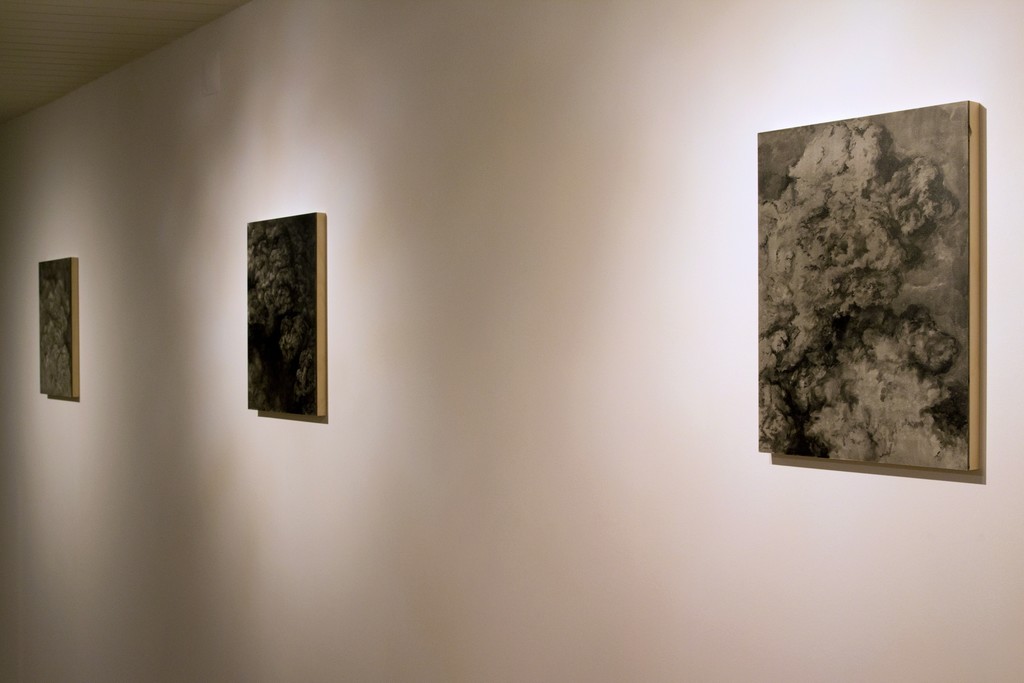 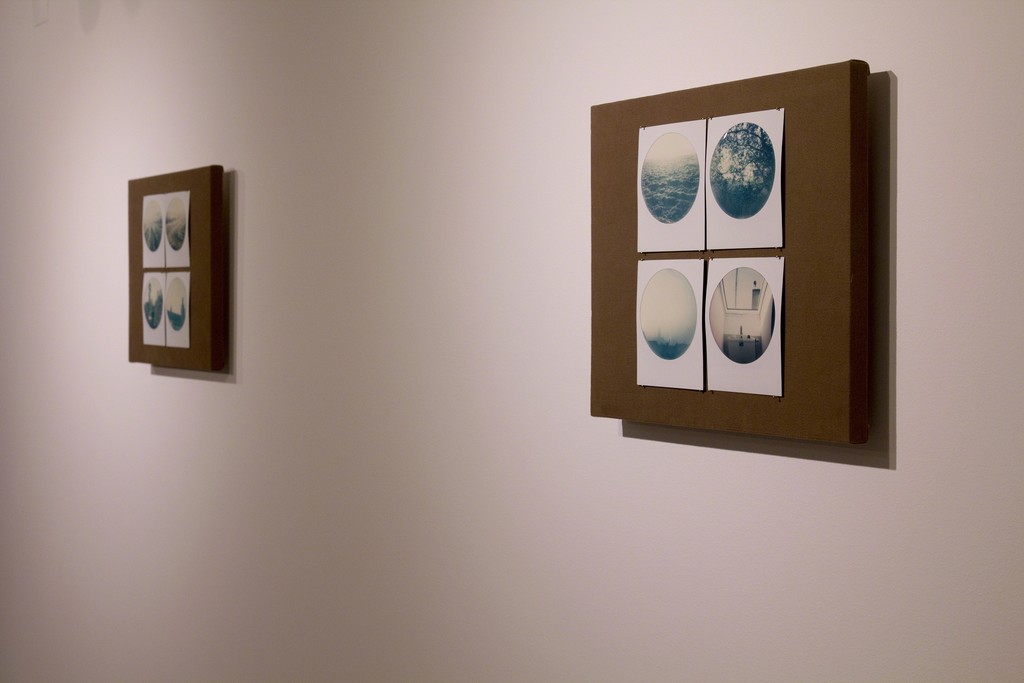 Alike any other animal, the Human Being is programmed to spend a minimal amount of time considering his existence. He is troubled by much more mundane subjects: ego, pleasure and mostly - in an eminently subconscious manner - the continuity of his species.

Indeed, there is something unbearable about our existence, possibly due to the ignorance of its purpose, and the awareness of its finitude. Because it is so unbearable to consider these questions, we live our lives as though we believed in our immortality, and in the immortality of our species.

In „Prophecy and Abyss“, Magda Delgado presents a set of works - drawing, polaroid photography and installation - that reflect on the predestination of the end of Civilization.

In an aesthetic informed by the medieval imagery of the divine punishment, Magda Delgado's work hangs between objects of worship as Memento Mori (1), and the aesthetic comfort of the image - the "Beauty as Consolation", as a secular refuge of Man before the certainty of his finitude and the uncertainty of the future of his species.

There are two essential moments in this exhibition: a first moment, of alertness and premonition - of prophecy - and a second moment, of contemplation of the abyss.

On the ground floor - first moment - the incense of the "Censer" and the black chiffon of the "Requiem" installation invite us to enter the atmosphere of a temple. Around them are a set of objects of worship: prophecies of the fall of the sky and the stars, the condemnation of the universe to its eternal misgovernment, Man's condemnation to the flames of Hell, volcanoes erupting, trails of destruction and smoke.

"The Torments of St. Anthony according to Bosch" suggests the possibility of redemption, of choice between two paths, and the urgency of that choice. "De Miseria Humane Condicionis" borrows the title from a text written by Pope Innocent III that speaks of the precariousness of the human body, the human ambitions of Man and the Judgment Day. And "Spinning the Cosmos from Breviary of Love after Matfré Ermengau" is inspired by an illumination of Matfré Ermengau, where angels who turn the crank of the Cosmos are here replaced by frogs, symbol of condemnation.

At the entry level and on the mezzanine - second moment - the spectator strolls one last time through the landscape, the nature and the places of his daily life, in a futile attempt to preserve them in a memory, which will no longer exist.

It will be curious to perceive the position of the viewer towards these works. It is possible that by diving into a polaroid as if it were his last day, the spectator will contemplate exclusively his end. It is possible that the idea of ​​collective disappearance will be of some consolation to him. As is it possible that he will not contemplate that his end (and that of his kind) does not necessarily mean the end of everything. And that, alike when one of us dies, the day will be born again, with the fog and with a cow grazing. Only without us.

Contrary to what the title may suggest, however, this exhibition is not meant to be a prophecy of an abyss. It is, I believe, mainly, an invitation to the reflection of the present moment.

(1) latin expression that alerts to the finitude of Mankind: "Remember you will die"