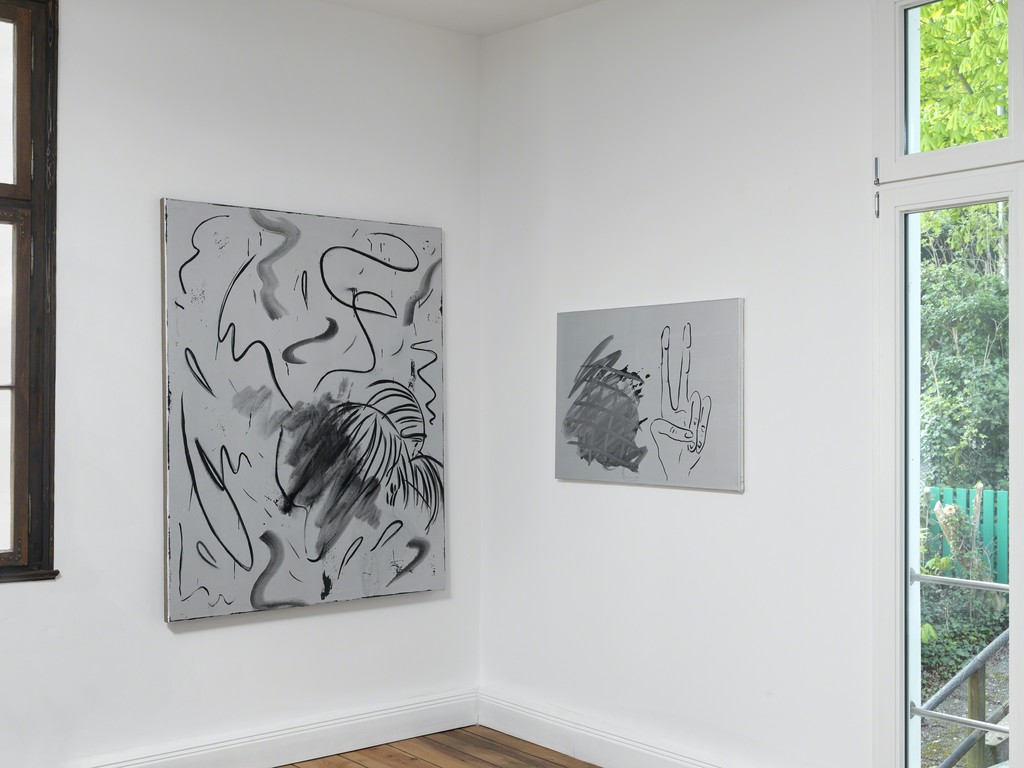 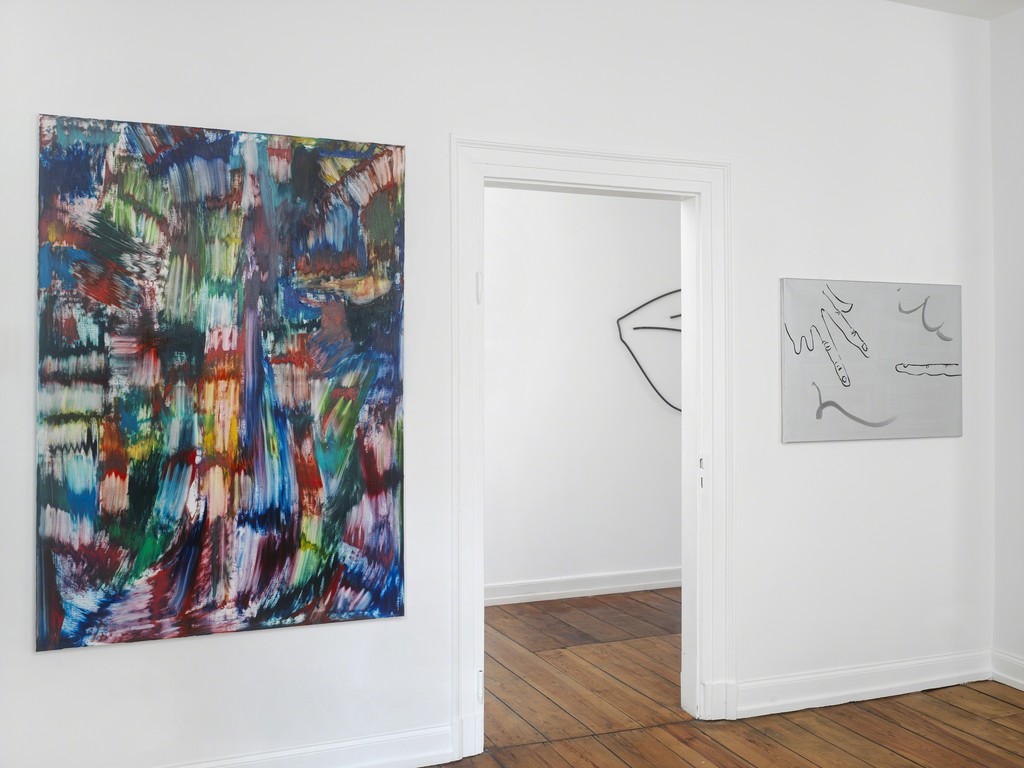 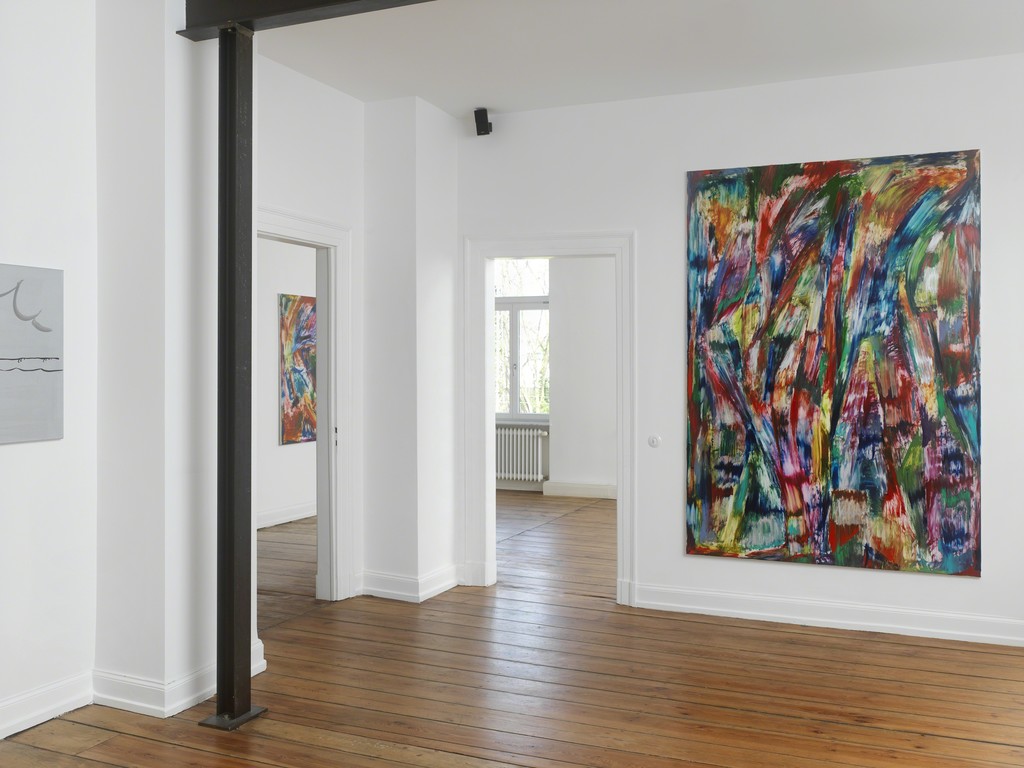 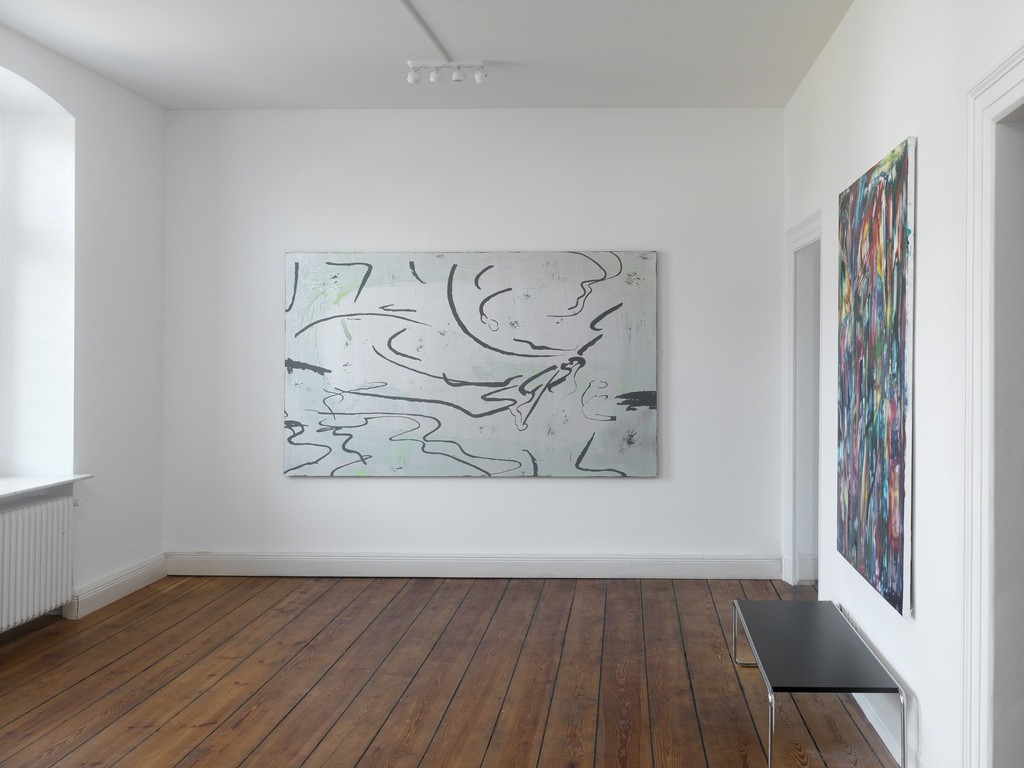 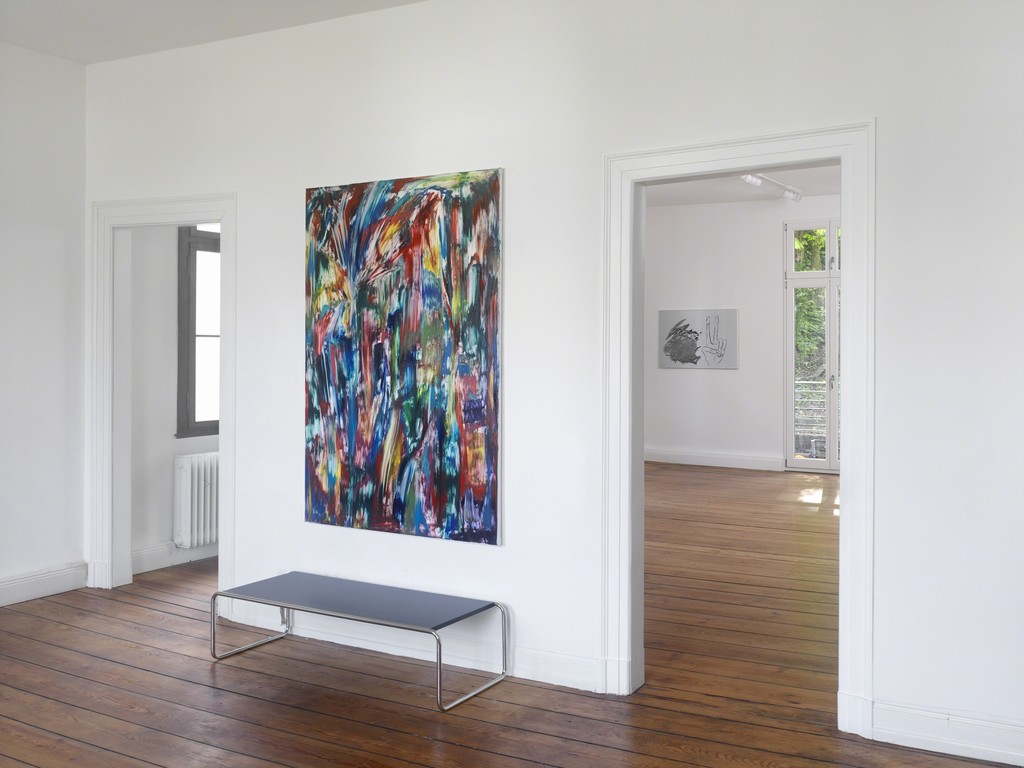 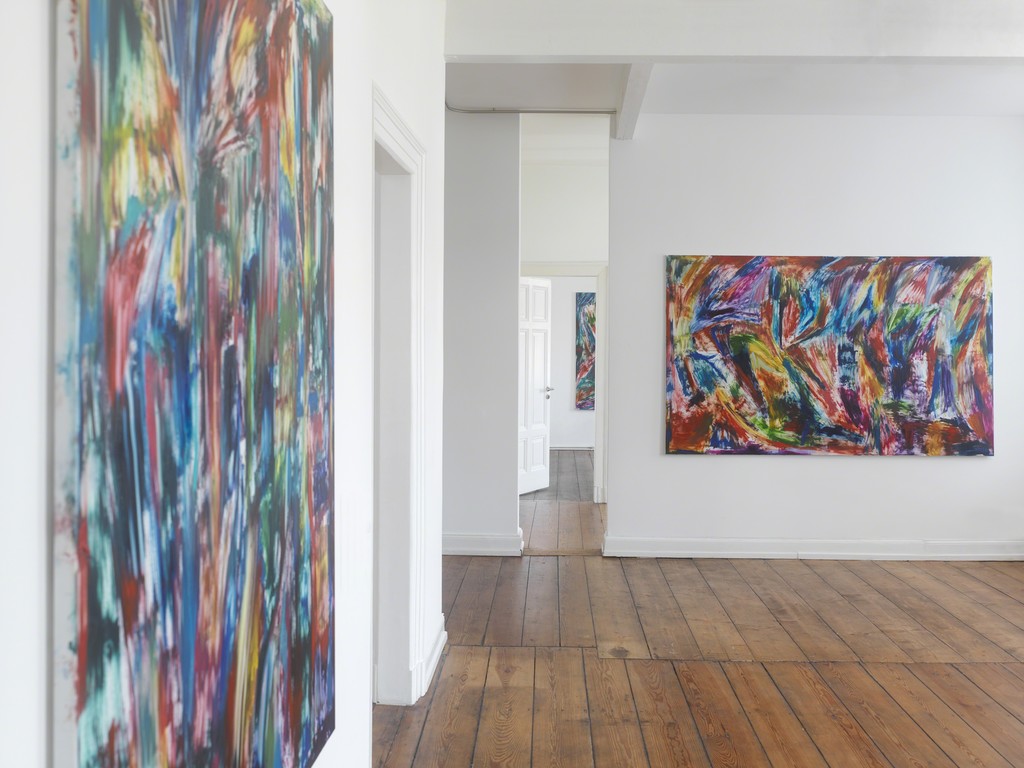 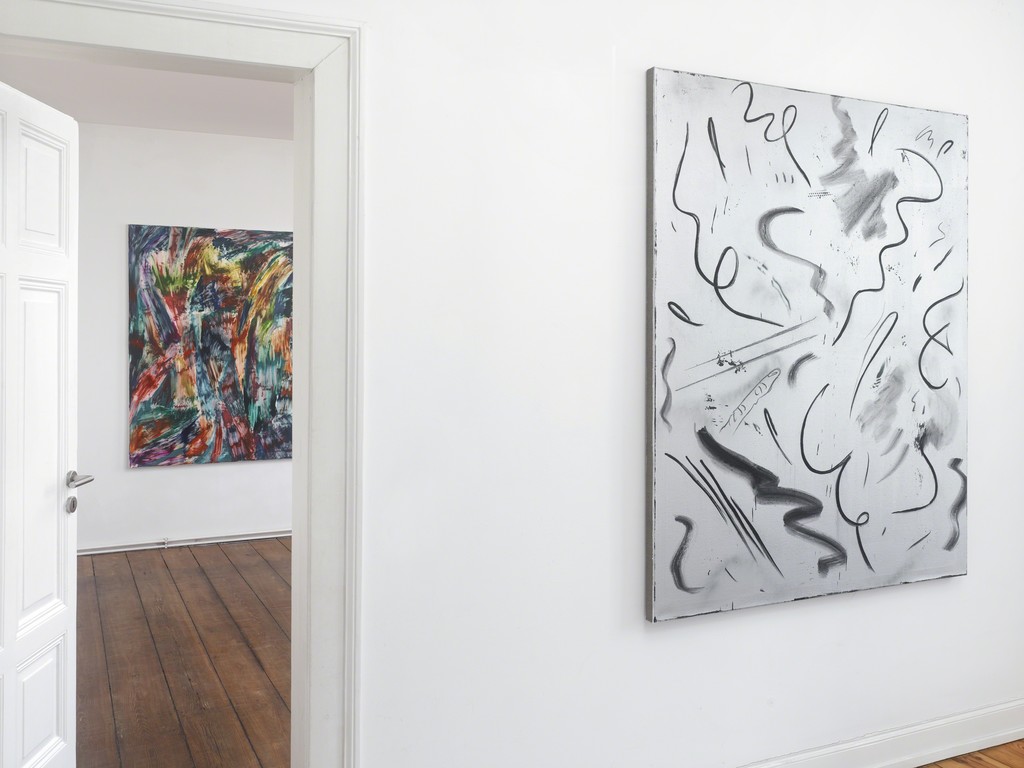 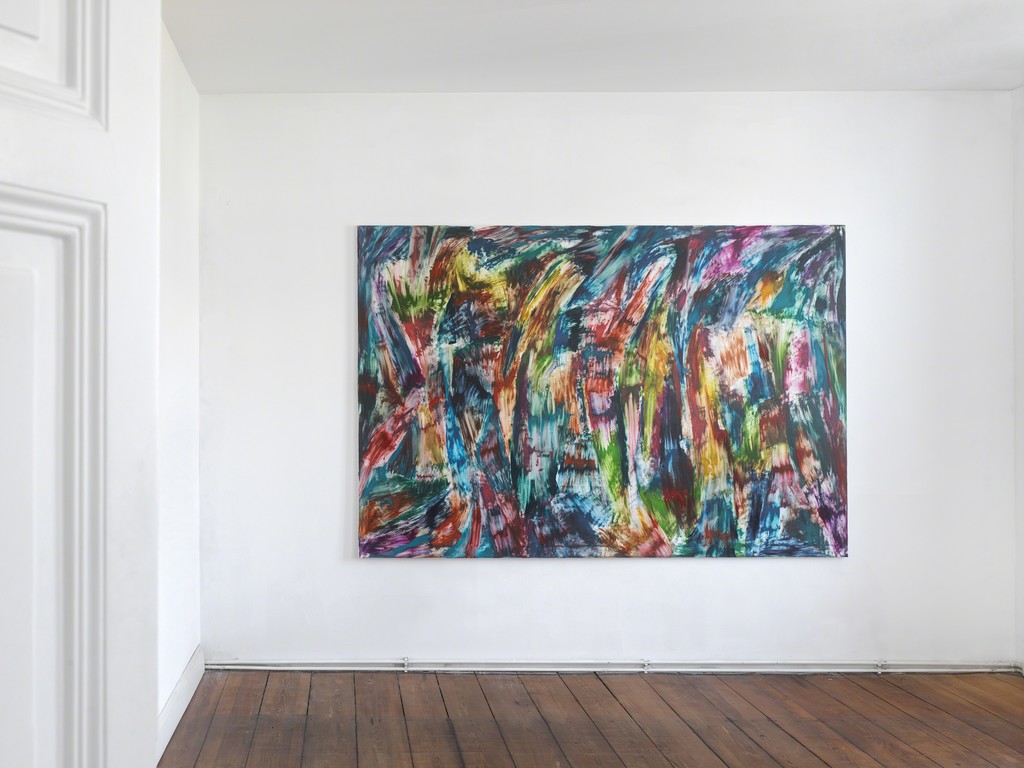 Anna Hagemeier and David Achenbach are pleased to invite you to Jan Pleitner and Henning Strassburger’s exhibition Die rechte und die linke Hand für ein Halleluja.
Jan Pleitner and Henning Strassburger got to know each other during a workshop in Copenhagen in 2006. The young, yet unspoiled group of students were staying in a soon to be demolished building in the chic harbor district, where they would sleep in sleeping bags on the floor scattered throughout empty offices surrounding a large conference room and would wake to the sound of a wrecking ball every morning. The whole area was to be torn to the ground as the gentrification of the district progressed, and the apocalyptic atmosphere was of breathtaking beauty. Yet, the two art students looked ahead to their futures with optimism and confidence.
The future from then is Wuppertal in 2017, where Strassburger and Pleitner will meet once again, more than ten years later, in order to showcase their newest works to each other.