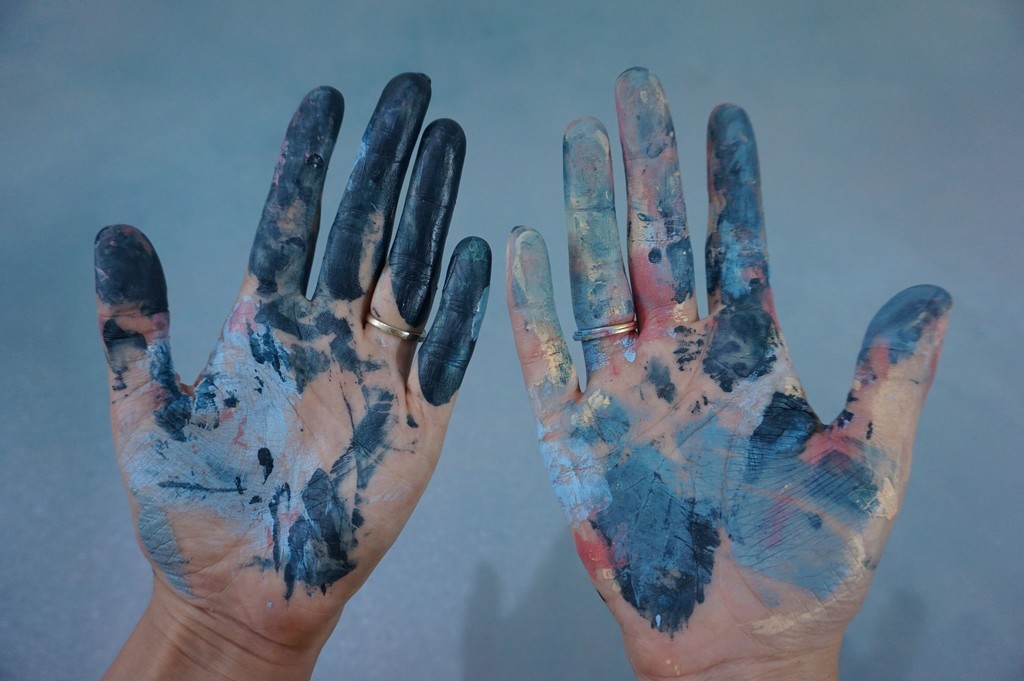 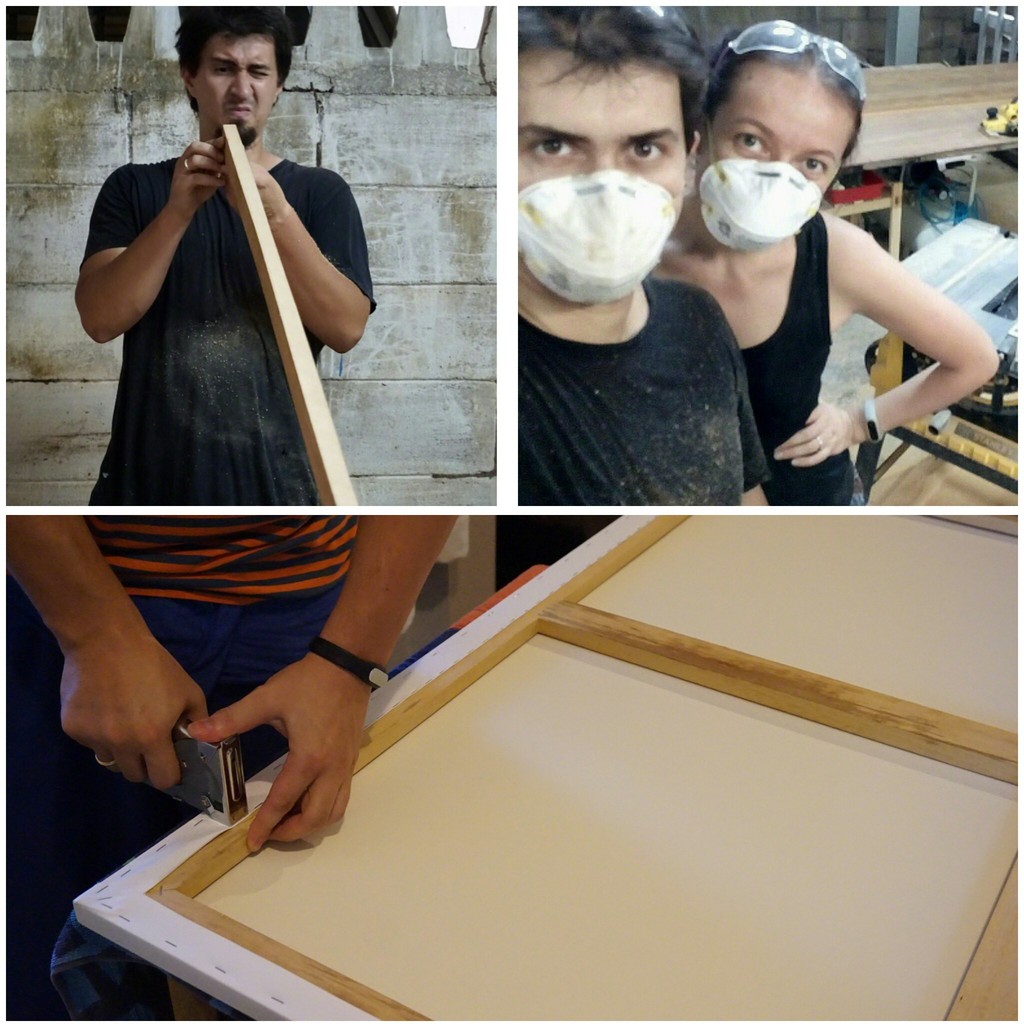 “We were not two but one, working on an emotional series of pure colours.” - Yulia 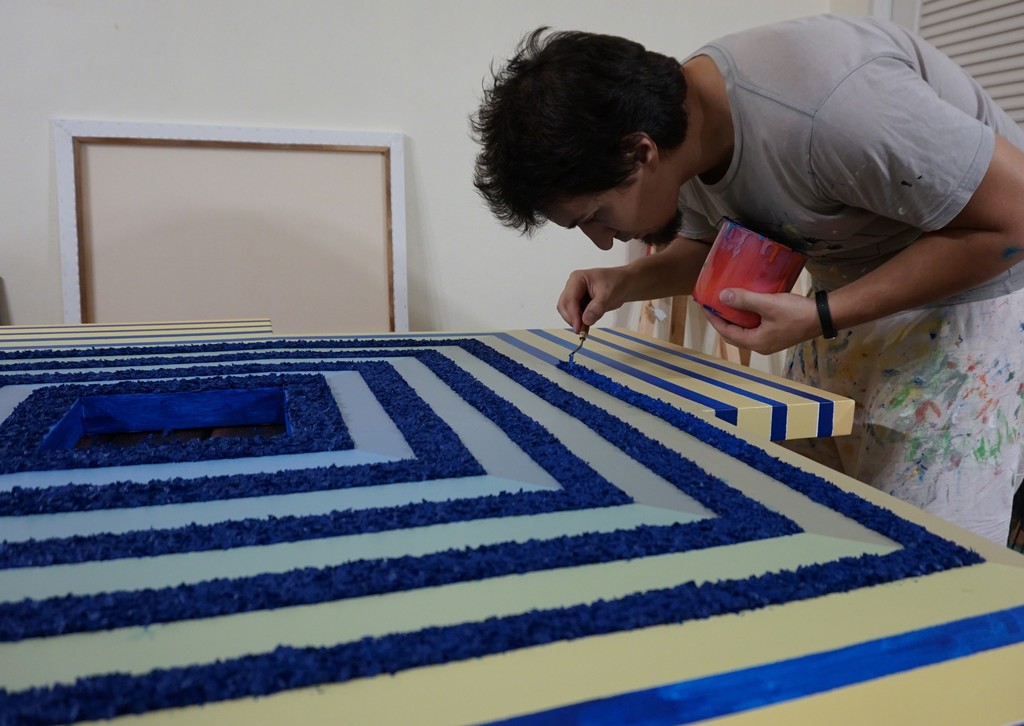 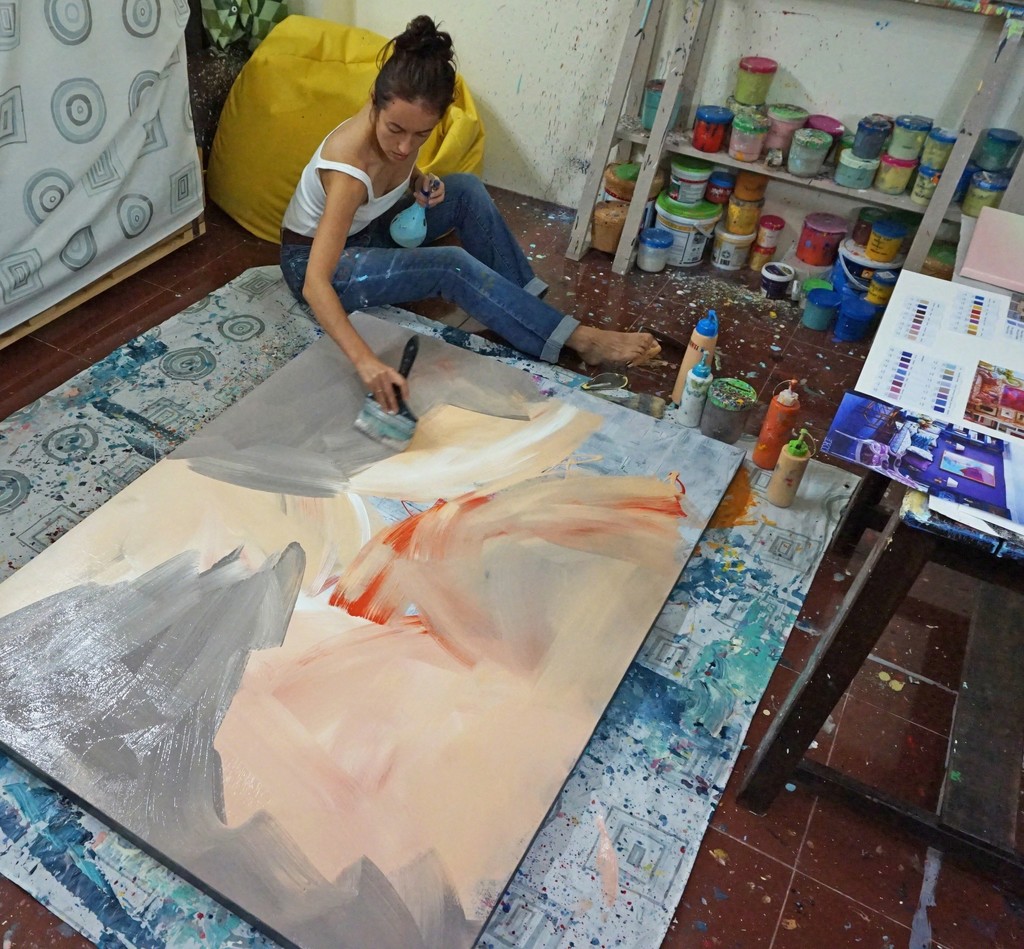 Art Is Wherever You Are - What Abstraction Means To ArtLap

Surrounded by azure waters, unique architecture, and spicy food, a painter might be compelled to capture the culture they see. Abstract art and abstract expressionism is not what you’d imagine when you hear of a couple of artists living on the island of Koh Samui. But Yulia and Dmitry Lapatini – otherwise known as ArtLap - are not your typical artists. Still life paintings of coconuts and temple triptychs were never going to show up on their canvasses. It’s hard to discern any reference to Thailand in their artwork at all. What living in the tropics has done for the flourishing art practice of a Russian couple who call South East Asia home, is free them to express their inner responses to the world at large. Their paintings could be a comment on anything anywhere, but it is the confluence of a specific time and place that has given birth to their practice and unlocked their dreams.

In fact, it was a dream that kicked off the recent first series that the married, yet independent, artists have collaborated on. Entitled 'Blindness', the series is a study in colour and texture where wood chips and paint in primary hues have been combined and applied right to the frame of the canvas; almost like braille. It’s as if the three-dimensional paintings are speaking to you in their own tactile language. “I had a dream where I could see nothing and everything at the same time. I was walking on a street where everything was white. I heard city noise, saw and felt the shapes of buildings, and could see every facial feature of the people I met as I passed by. The brightness was dazzling, blinding,” explains Yulia. “When I woke up to the normal world full of colour, I yearned to see only one colour again, and its unique palette undiluted by surrounding elements. I spoke to Dmitry about this dream and we discussed the role of vision and the impact of colour tones. We were so absorbed by the theme that we decided to create a series around it, and 'Blindness' was born.”

Since they met five years ago, only a few months after they both arrived on the island they now call home – she, for a sales and marketing job in the luxury real estate sector, he, for change of pace after many intense years spent working as a computer scientist – Yulia and Dmitry have been a part of each other’s art practice. In fact, it was because of each other that they both took the leap to pursue their art full time. But while they may comment on each other’s work in progress, they don’t usually work on the same pieces together. Says Yulia, “We were creating simultaneously or one after another, sometimes calmly, sometimes passionately or even vehemently, depending on our inspiration. It was a deeply moving artistic experience, and an intimate experience for us as we displayed our artistic souls and natural movement in front of one another as artists. We were not two but one, working on an emotional series of pure colours.” The net effect of their joint exploration in colour is a unique blend of their different approaches and could conjure a reflection of the chakras for some people. Is it a coincidence that white represents the seventh and highest chakra, tapping into universal connections, spirituality and consciousness?

When it comes to their individual work, Dmitry prefers to plan his pieces after initial inspiration has taken place. This can involve sketching and designing on computer. “It’s not as clinical as it sounds,” says Dmitry. Programming is rather like sculpture. And it’s that modelling and shaping element that made me passionate about computer science, and now makes me passionate about art.” Meanwhile, Yulia is guided by emotion in her application of ideas and uses unconscious brushstrokes and layering to abstract colour and form. “We constantly share our ideas and inspirations as well as our art working space. We have our own techniques and vision but we often discuss what we’re working on. Of course, it’s great when the other person loves what you’re doing but we try to be honest otherwise it doesn’t help our growth. We’re each strong enough to decide if we want to listen or not! I try to be alone for the start of any work as that’s when I usually express my biggest energy message, which shapes the rest of the piece,” says Yulia.

Despite such different results and complimentary approaches, one thing they both seem to have in common when it comes to their work, is that they are both influenced by sound. “We often play music when we work. The type of music changes depending on whether we’re working together or not,” says Yulia. “And sometimes, the change of music can change the artwork. Actions can get stronger. You might splash something differently. I might lay a canvas flat or sit it up.” But even when there is a lot going on in their art, there is a calm inherent in the canvas for both Yulia and Dmitry. “As much as we like music, sometimes it’s good to have silence.” And it seems they’ve found their peace in each other.