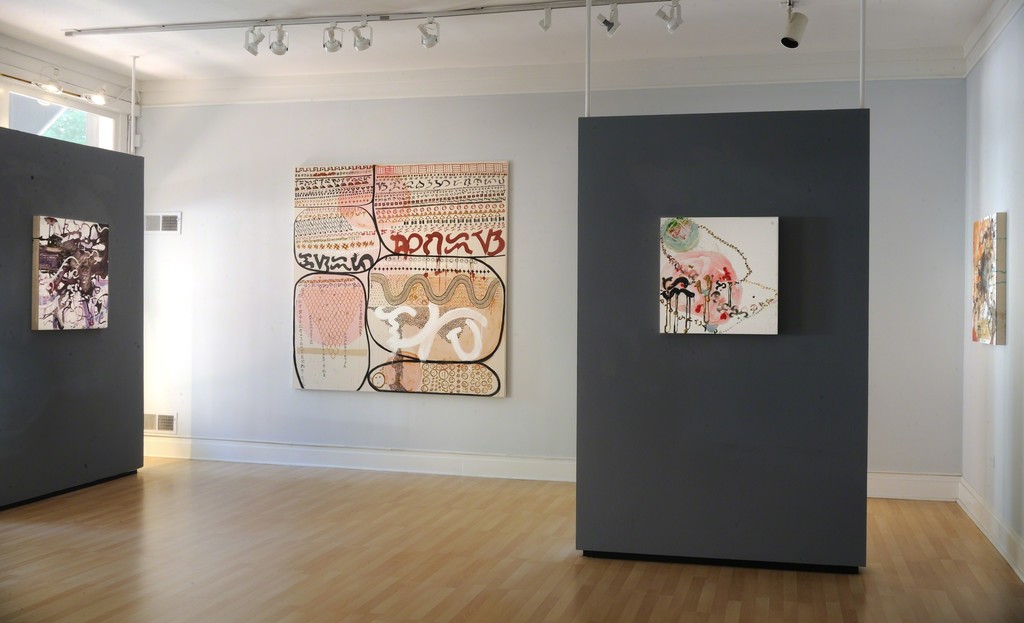 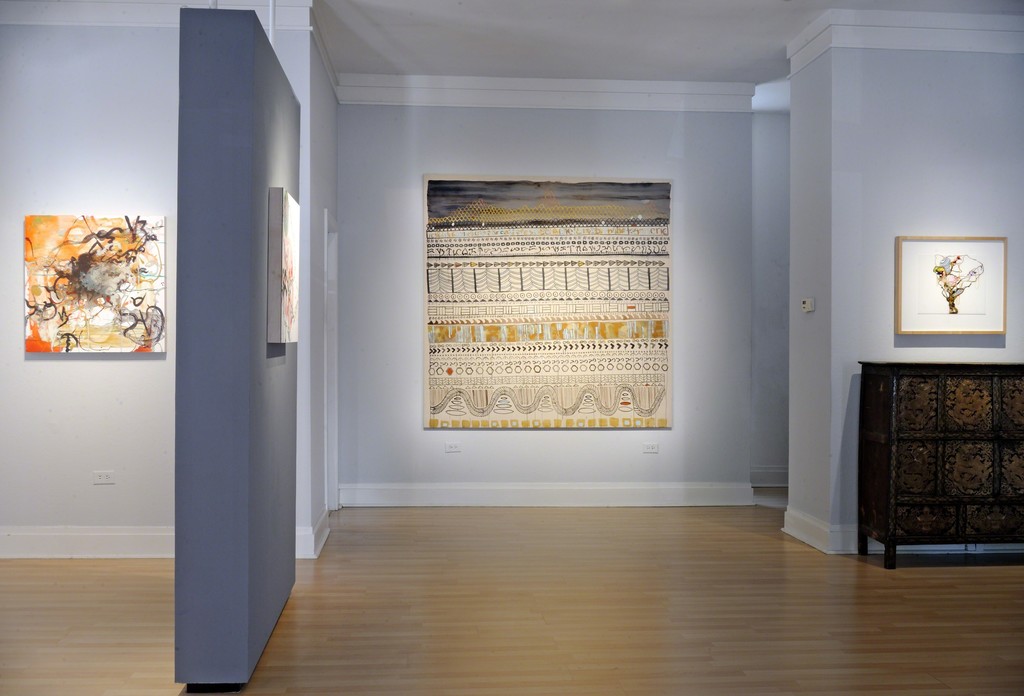 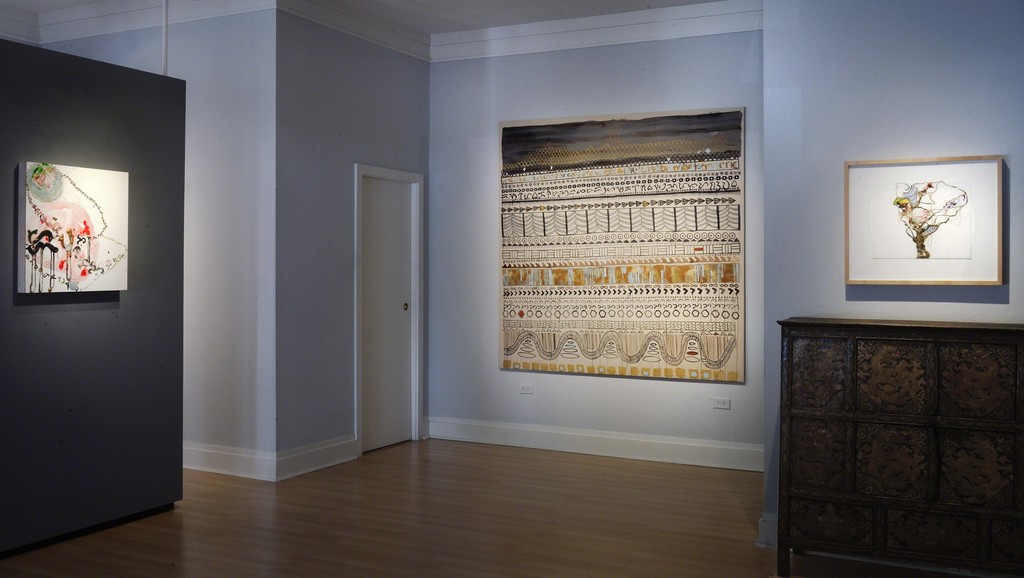 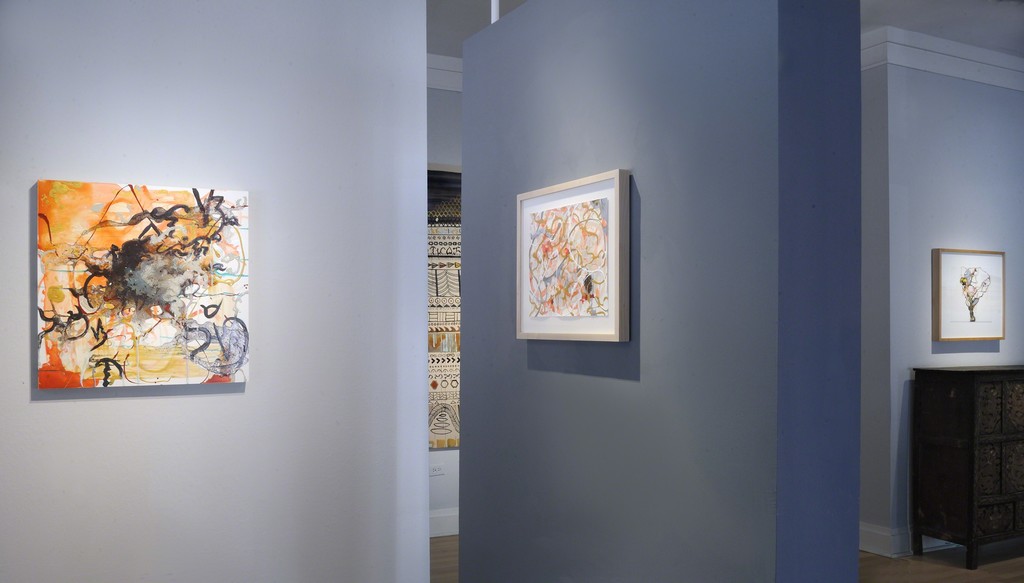 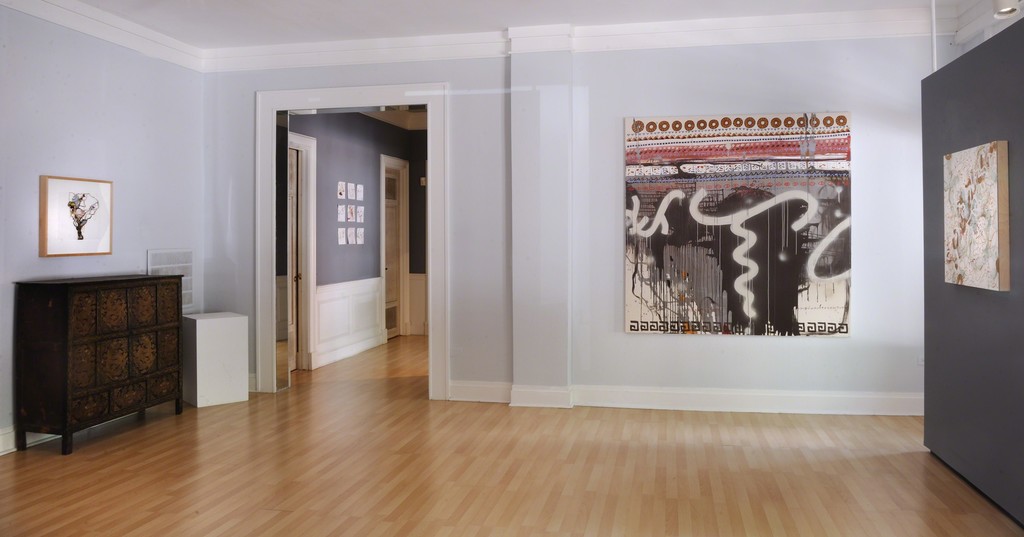 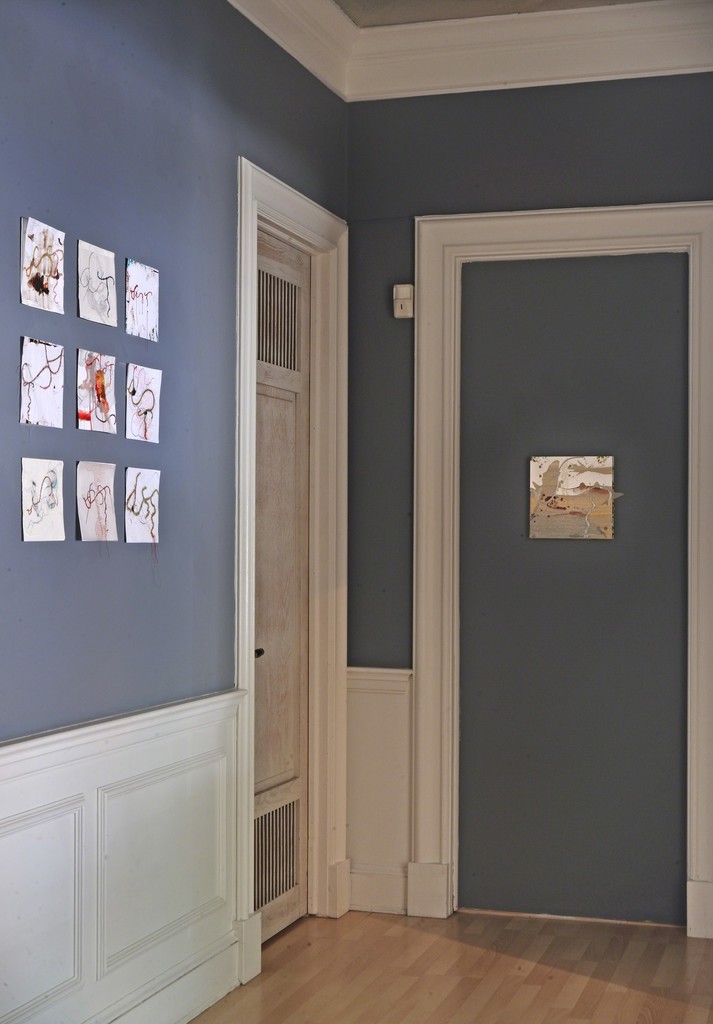 Addison/Ripley Fine Art is pleased to present our third exhibition of work by artist Isabel Manalo. As described in Manalo's artist's statement below, "Unscripted, Naturally" focuses on the artist's exploration of language and pattering in combination with her recognizable, unique presentation of the abstracted landscape.

My work is inspired by the ancient script called the Baybayin, a pre-colonial form of writing in the Philippines. It was a script abolished by the Spanish colonizers but has been rediscovered in the recent past. Many Filipinos are excited about it's discovery and have been tattooing the script on their bodies and proudly displaying it in other art forms. I've always been inspired by the history of empire and imperialism and how the desire for power has affected those countries subjected to Colonialism in largely negative ways. I see the script as a positive light in the history of the Philippines -- evidence of a time when there was no Western Civilization or Catholicism that in essence was the Spanish Colonization that endured for over 350 years in the Philippines.

The script is based on Sanskrit and each character can be translated phonetically to form words in Tagalog, the national language of the Philippines. As the daughter of a Philippine Languages and Literature Professor, I have always spoken Tagalog -- even growing up in Madison, WI. I also taught Tagalog as a graduate student while working towards my MFA. The Baybayin first appeared in my work in 1996 around the time when it's discovery was gaining public attention. I took a break from the script until just a few years ago. I started painting and writing the Baybayin again forming them collectively in patterns inspired by the ancient tradition of tattooing in the Philippines. I love the rhythm and decorative nature of the patterning in Filipino body tattooing. Since moving back to the U.S. after living in Berlin, Germany for three years, I've began to work again on gessobord -- a stiff surface that allows me to pour, drip, splatter and spill paint in a way where it can be heavily layered. This is a process I have been doing since my college days well over twenty years ago and back then, inspired by the great Helen Frankenthaler.

Each piece begins with a Baybayin character and then layered by many more. The characters evolve to be integrated into a geography and topography of pools and lines of paint and negative space. I call this show "Unscripted, Naturally" because it is about using the script in a non-linguistic way that resolves into an image that makes reference to nature. The kind of nature that appeared in my work in the early 2000's that is beautiful and foreboding all at once. (Romantic landscape painting).

"Unscripted, Naturally" brings together my love for language, calligraphy, collage and the process of abstract expressionism all together in this new suite of paintings as a dedication to my cross cultural heritage and identity as a Filipino American.