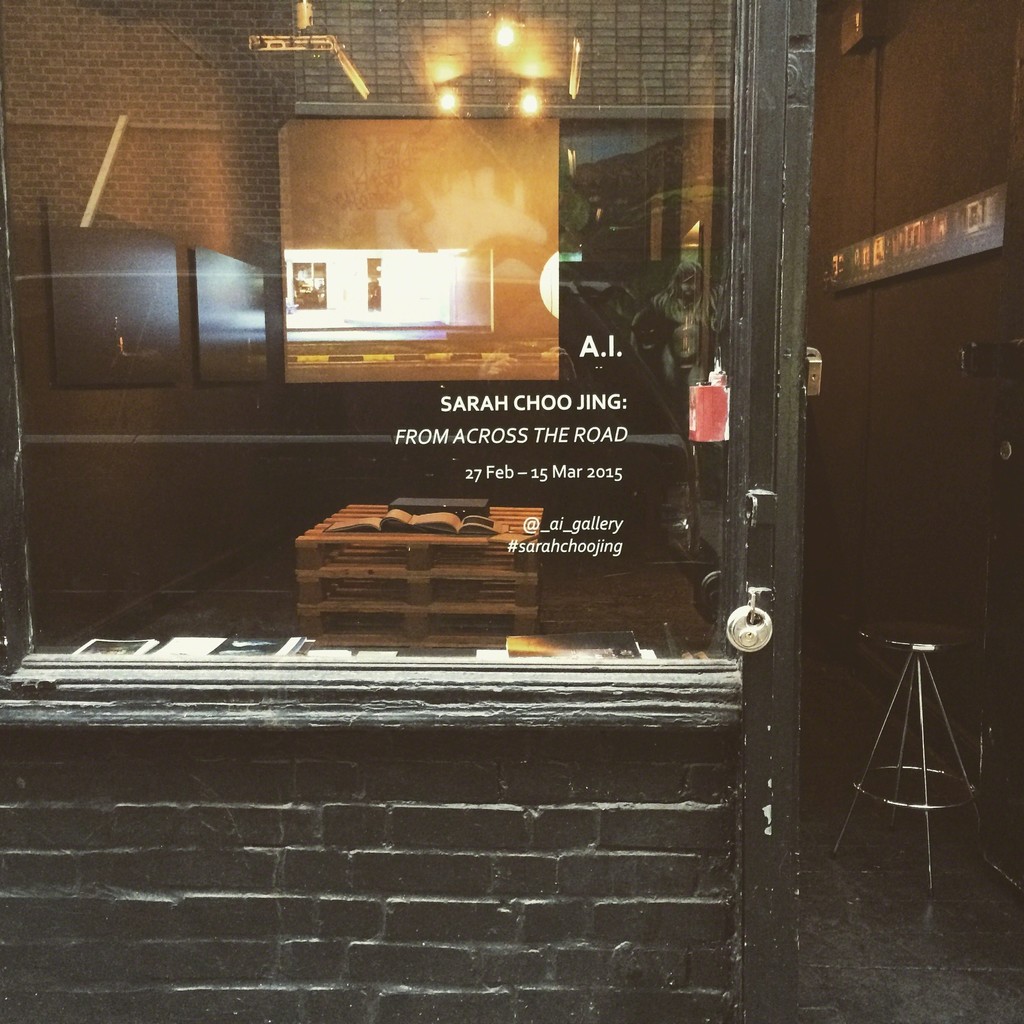 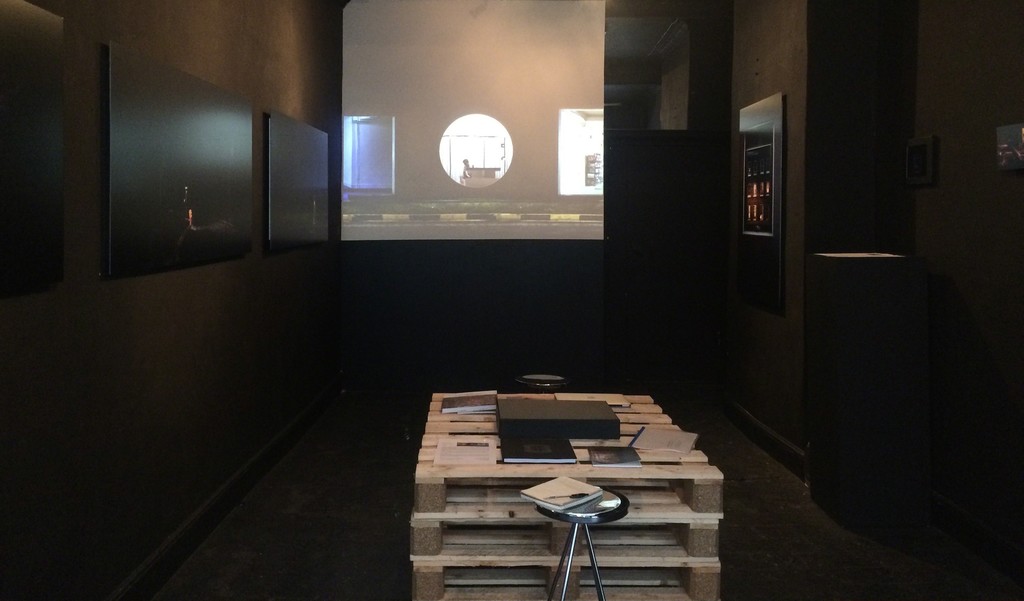 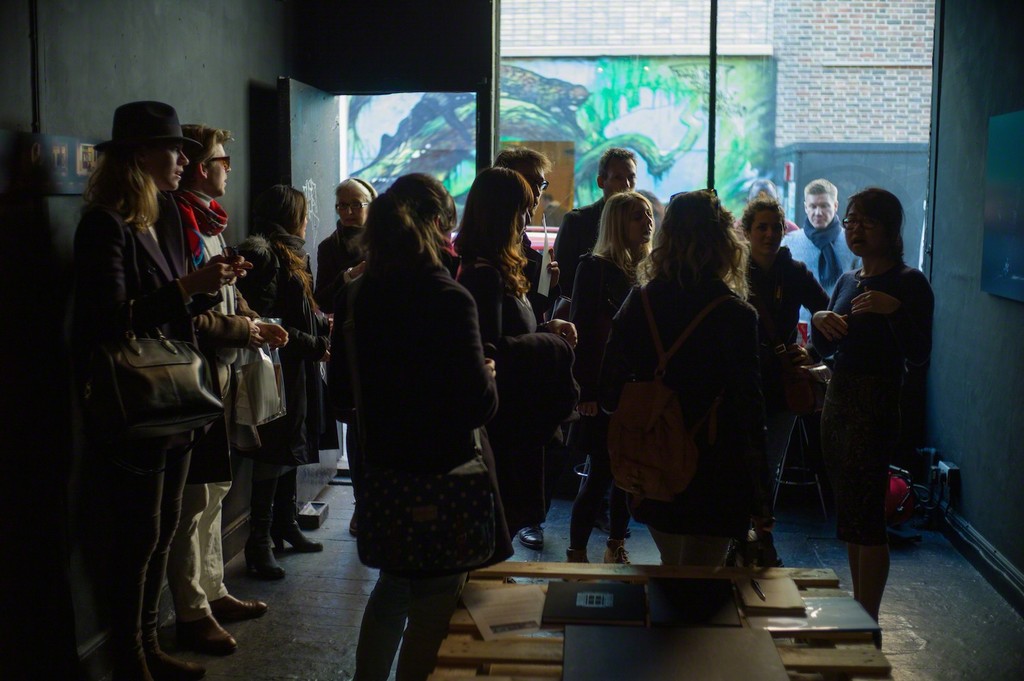 A.I. proudly presents a solo exhibition by emerging artist Sarah Choo Jing known for her immersive panoramas and predilection of the prosaic. The artist is exploring the act of looking, surveillance and voyeurism. In doing so, Choo confronts viewers with a slow burn view of everyday life within contemporary urban society. Her oeuvre includes photography, video and installation.

The exhibition title, From Across the Road, references not only the physical distance in which the artist retains between her subjects, but also her concern with observing the role and relationship between spectator and performer. Works selected are from three recent series: Waiting for the Elevator (2014), Puddles in the City (2014), and It was a Tuesday, like any other Tuesday (2014). They are presented side-by-side for the first time and accompanied by a copy of the artist’s journal, Accelerated Intimacy, in which she annotates the thought process behind her works.

The video still of Waiting for the Elevator (2014) (17cm x 200cm), exhibited as a print for the first time, depicts a composite of documented events reflecting upon the plethora of potential narratives often overlooked in the everyday. It is accompanied by the video projection, which was originally produced at the Esplanade Tunnel in conjunction with the Singapore 2014 National Day celebrations.

In line with A.I.'s objective to encourage an East-West dialogue, Choo’s work fulfils this dynamic by taking universal themes such as social alienation across global capital cities such as London, Paris and New York as well as her home country Singapore.