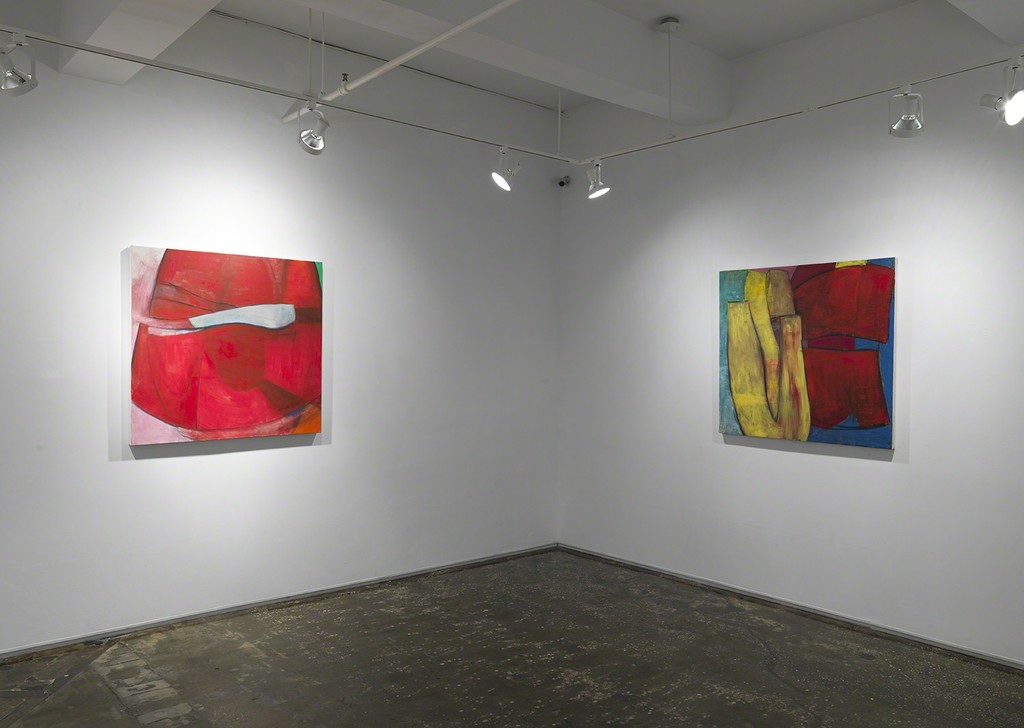 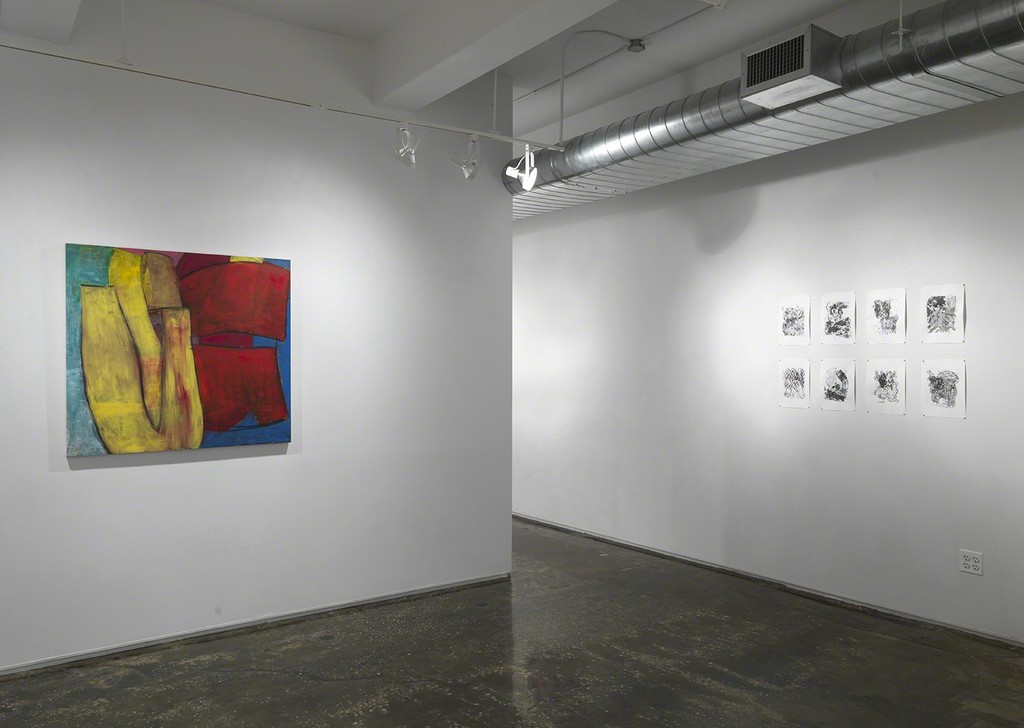 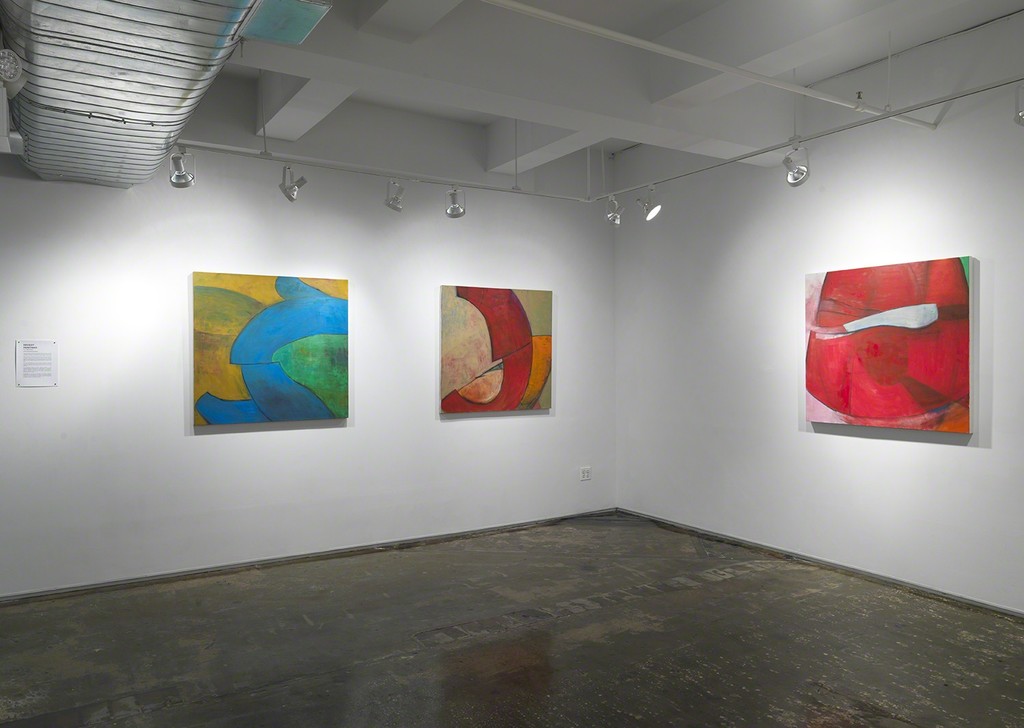 A.I.R. Gallery is pleased to announce Recent Paintings, an exhibition by Alumnae Artist Ivy Dachman. This is her eighth solo exhibition in New York City, and fih exhibition at A.I.R. Gallery.
The exhibition presents a selection of paintings completed during the last year, in which Dachman has changed the format of her canvas: from a long rectangle to a near square. While the sense of scale generated by Dachman’s work has always been imposing and big, the work presented in Recent Paintings creates a perception of size from within the painting rather than from its physical aspect. The strong gestures and forms take precedent over the canvas itself, and hint to sizes that expand beyond the fabric and verge on the huge.
These works are created by using a richly layered compendium of painterly procedures. Beginning intuitively Dachman adds, subtracts, obscures and shapes, discovering forms and relationships that could never have been predicted. The compositions reveal vivid organic shapes, gradations of color, exchanges between translucency and opaqueness and explorations between the figure/ground relationship. What remains on the seemingly aged and weathered surfaces is a toggle between awkwardness and elegance, roughness and refinement. The history of each painting is compressed within its layers and opened for every viewer that wants to entertain the idea of contemplation.