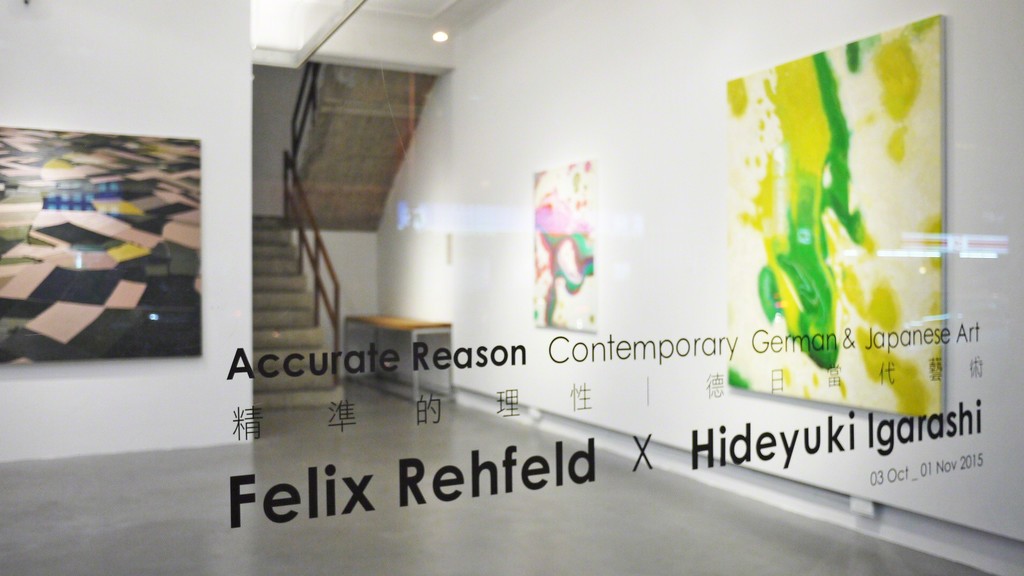 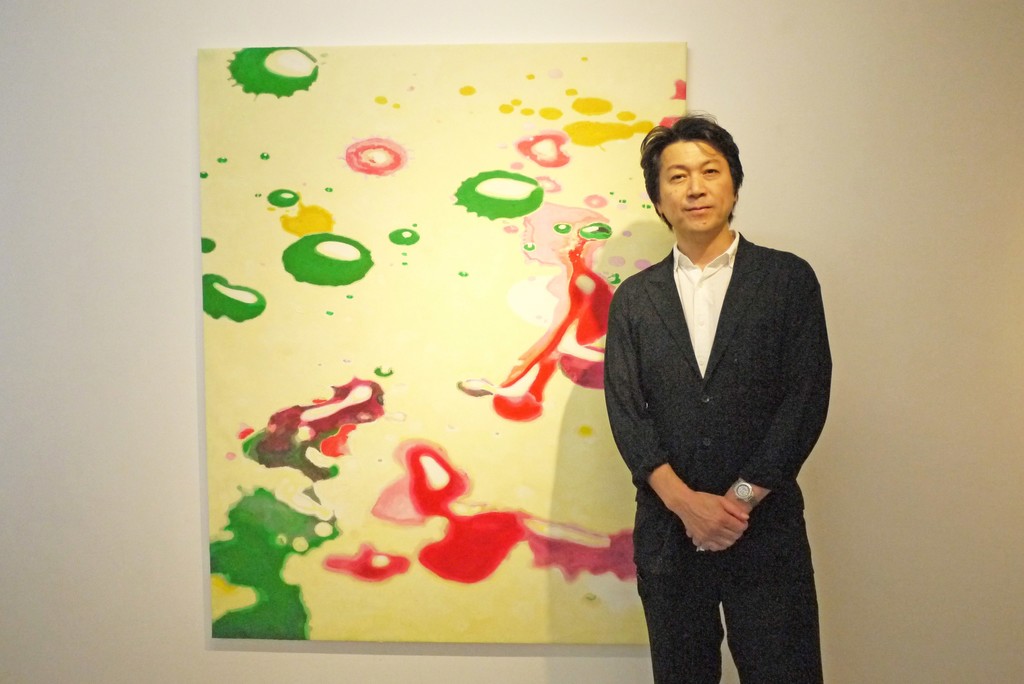 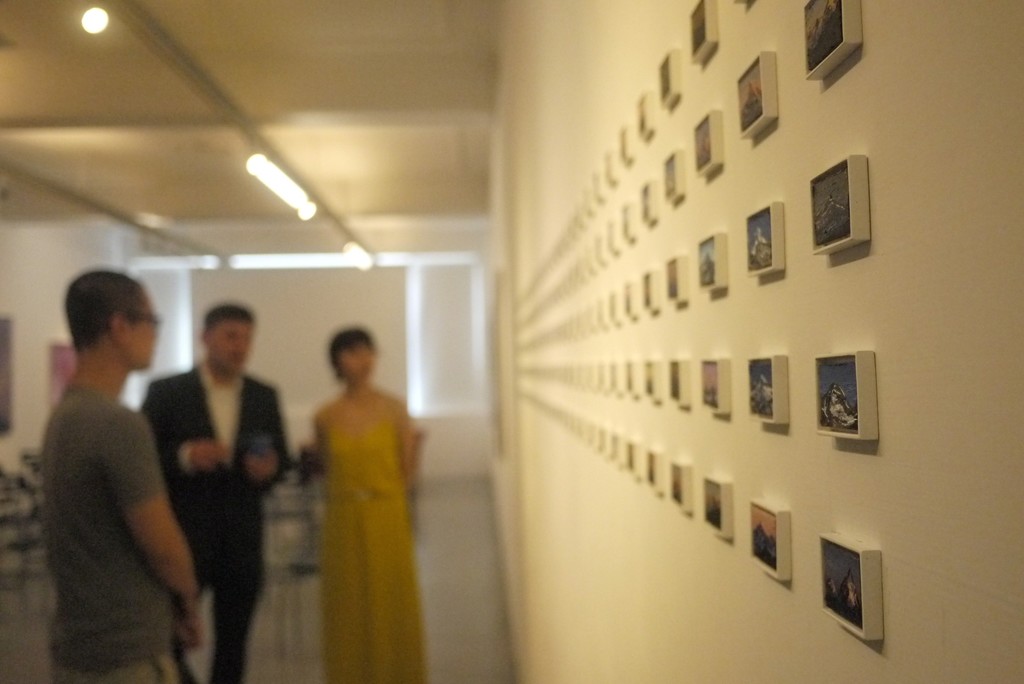 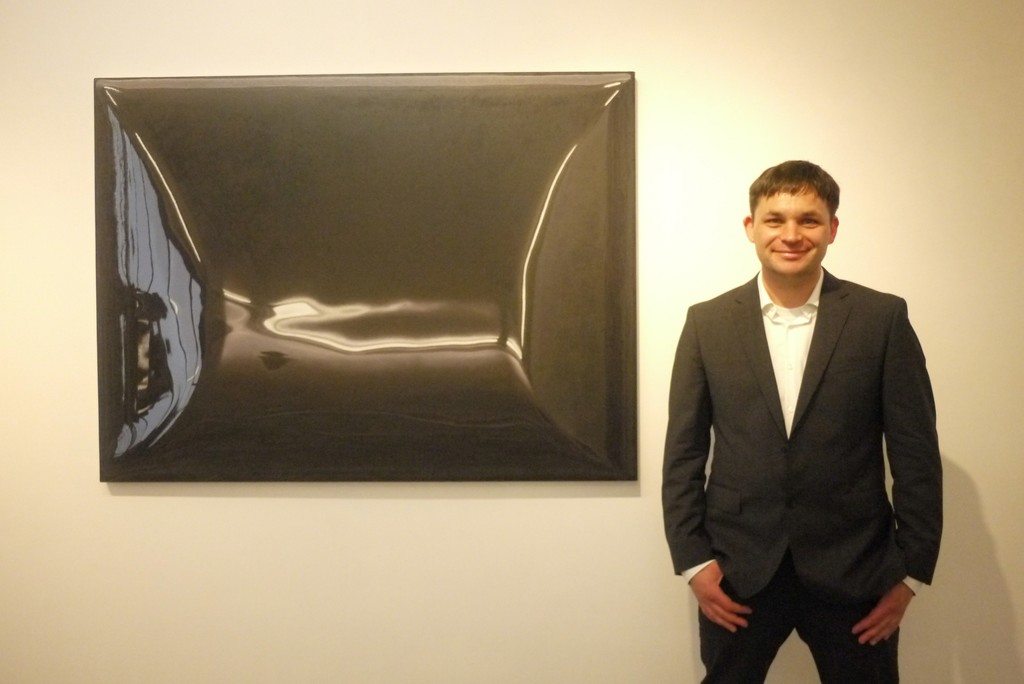 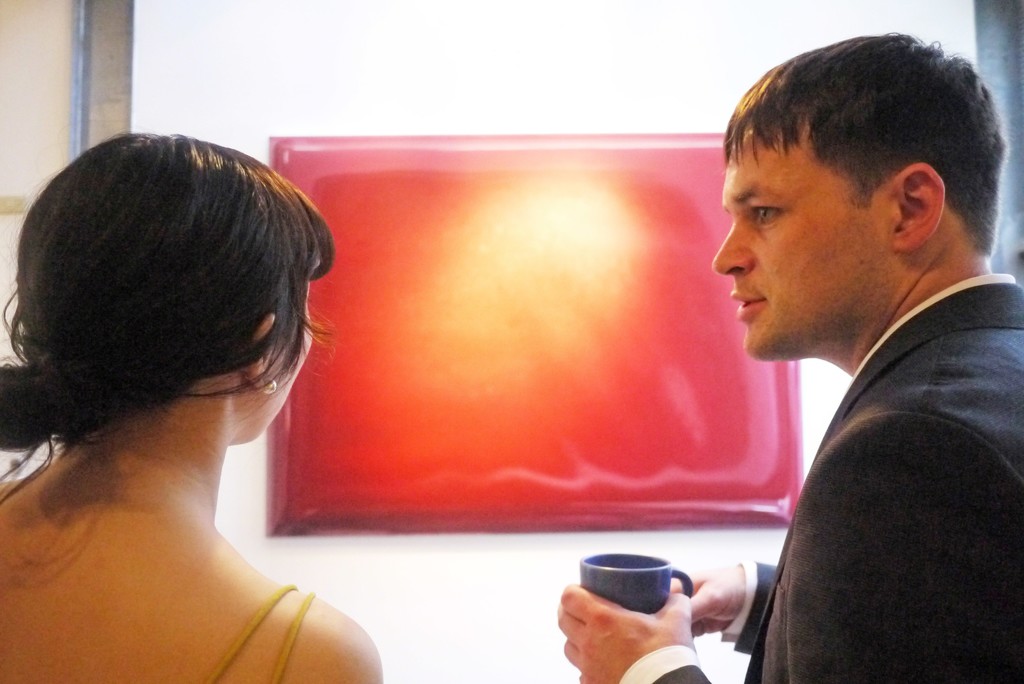 Two artists, one from Japan and one from Germany, differ in their nationality but similar in their spiritual outlook due to close background. The very much alike level of speculation and rationality are expressed through artistic language and simple material. For the “reflection “issue, they extend and conduct accurately the thickness of their thought.

Felix Rehfeld’s art is created in a very unique way. Seemingly made of enamel or lacquer, his works are surprisingly accumulated by oil paint. He shoots the photo of drying lacquer first and then simulates its luster and all the reflections by accurate painting skill. When audience standing before the paintings, they see not only the reflection Rehfeld put on but also the reflection of their own at the present. Two times and spaces overlap with each other through illusions. Then three-dimensional relief pictures were later added. The confrontation between canvas and relief further strengthens this tension.

Last year Hideyuki Igarashi gathered much attention and praise in Taiwan already. This time a more complete series will be exhibited again in AKI. His art follows the concept “reflective transference”. Plus his psychological background, he is good at communicating with people and environment through art. Igarashi absorbs feelings of others and coexist with nature. Painting becomes a practice to contemplate the idea of thinking and existence.

Without emphasizing on realistic and literary context, the two artists open a dialogue which reflect abstract and reality. The resulting strong artistic tense lead us to see the precise reason under their pursuit and discovery of art itself.