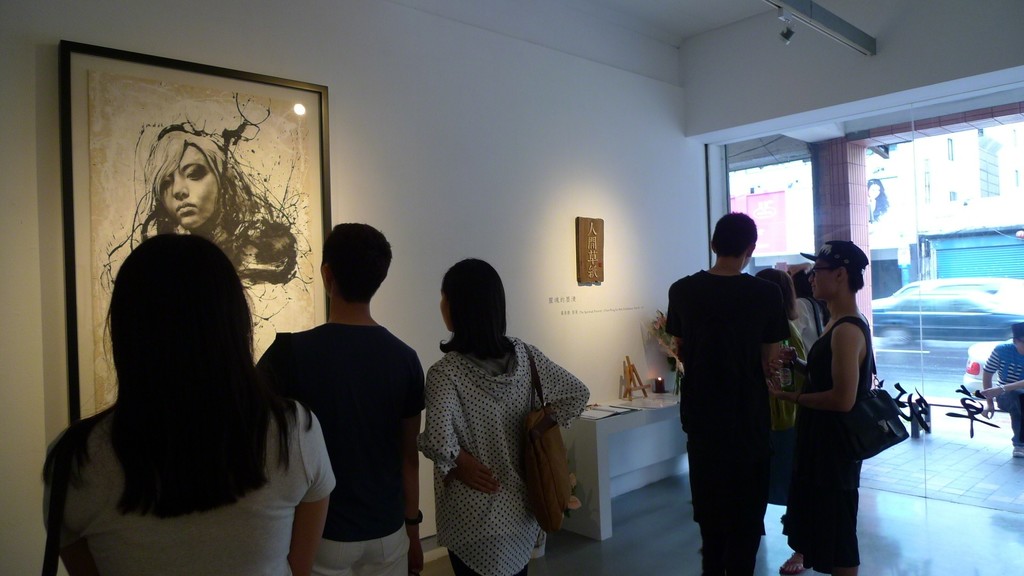 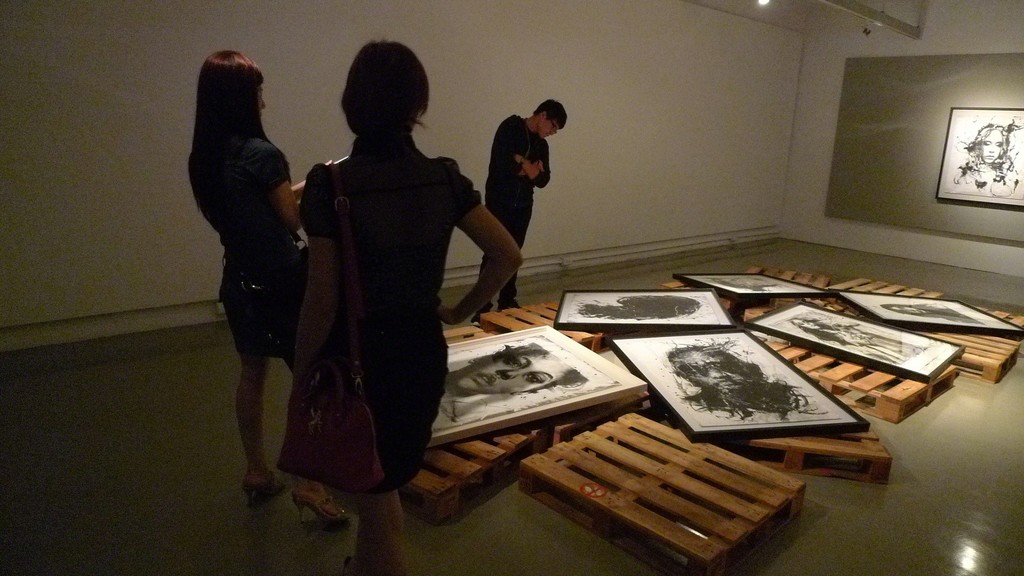 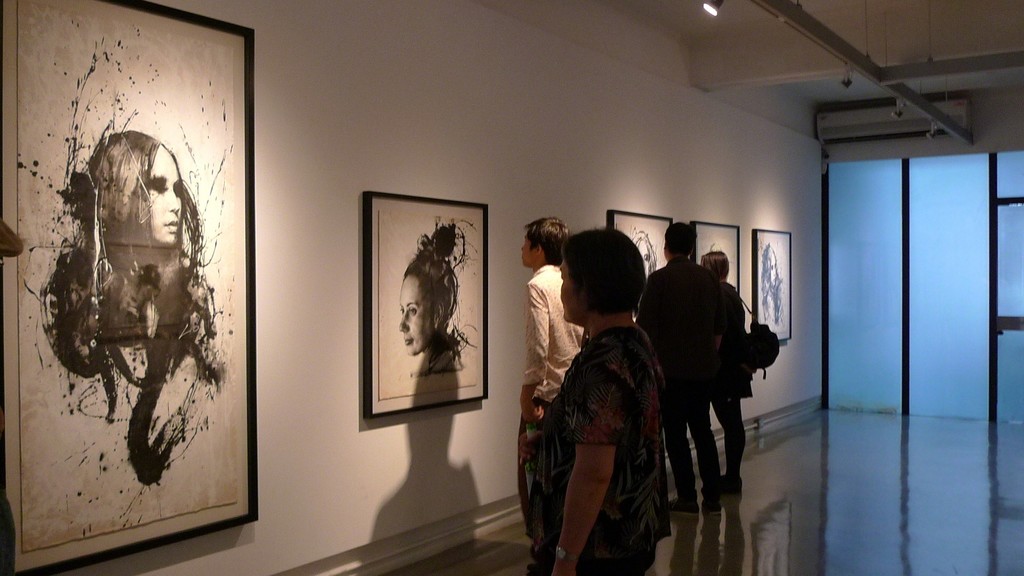 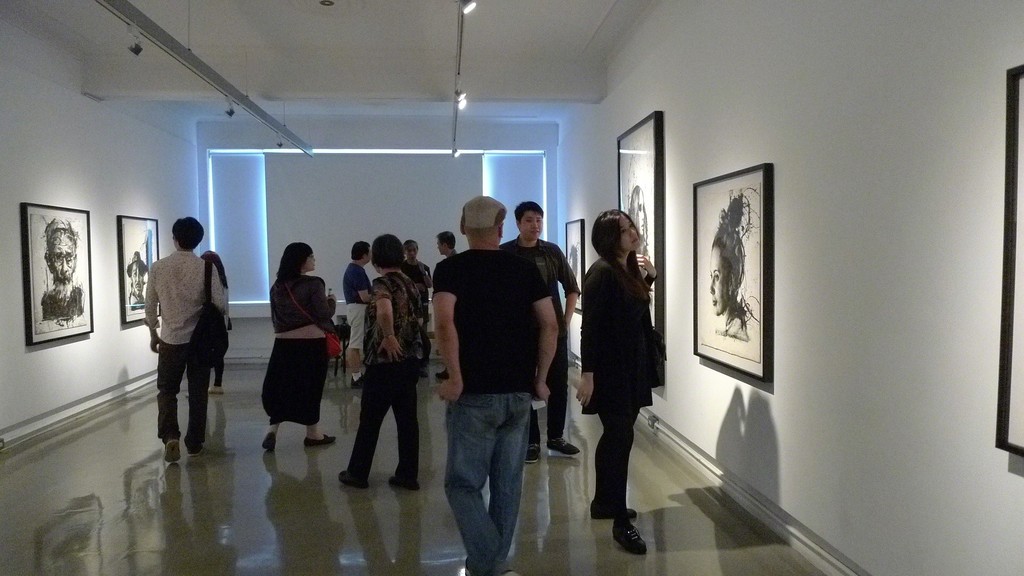 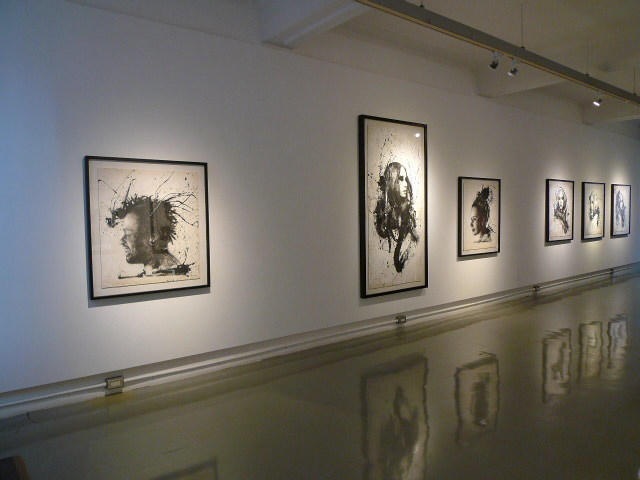 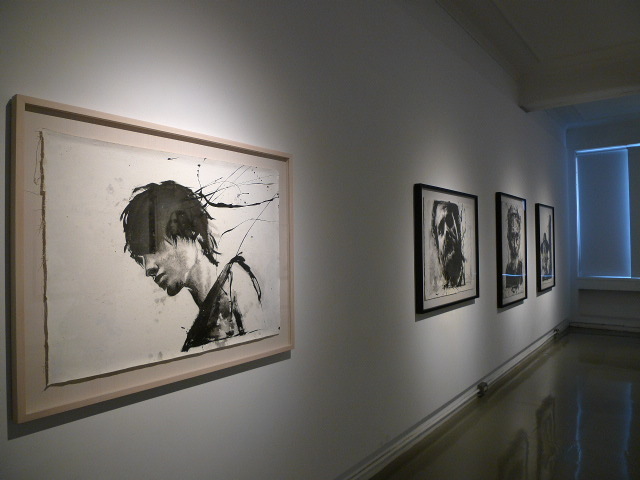 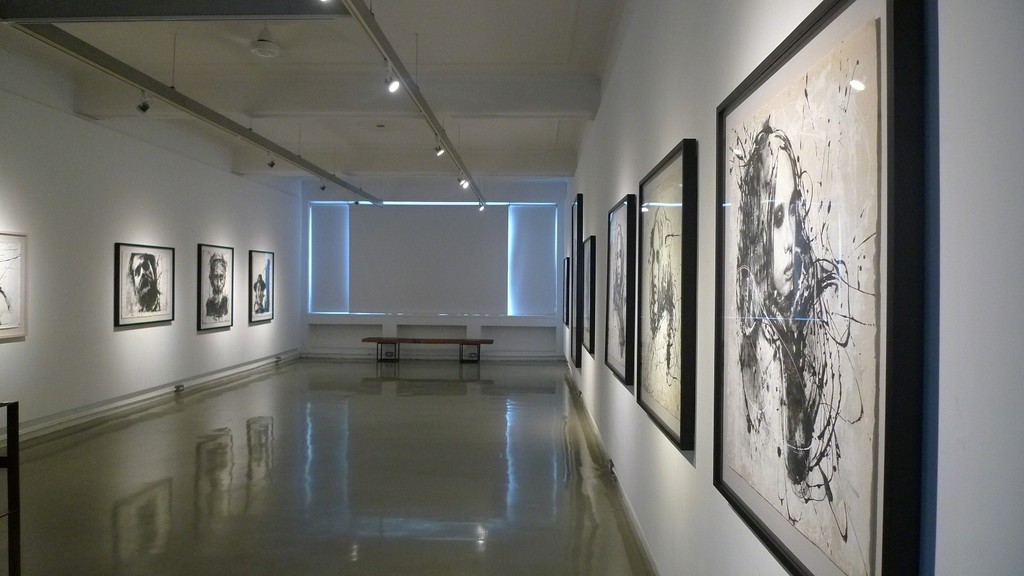 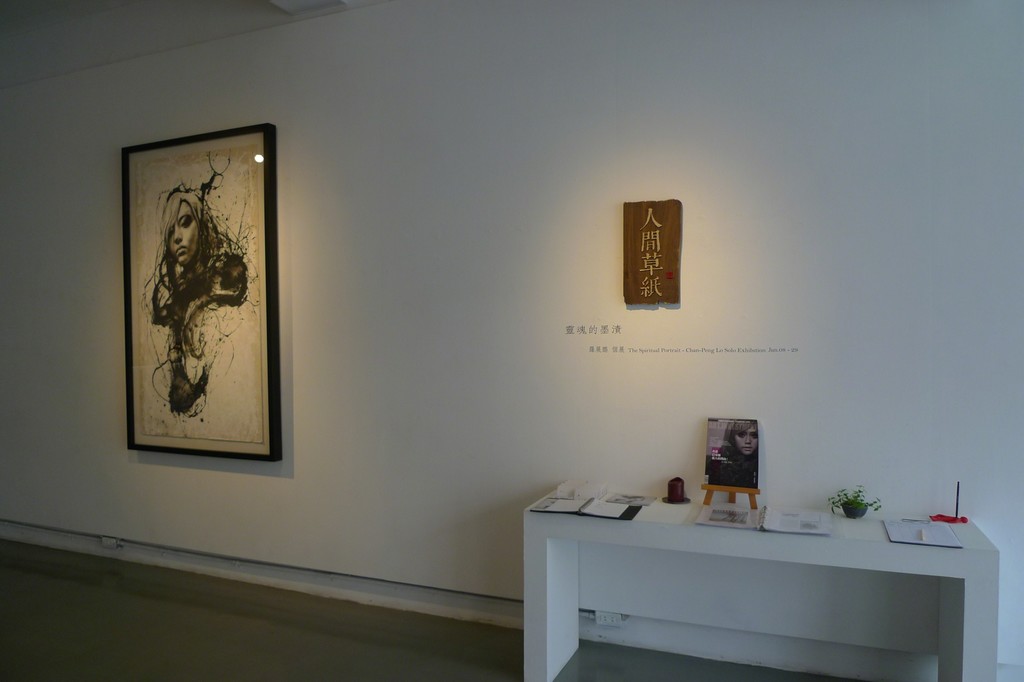 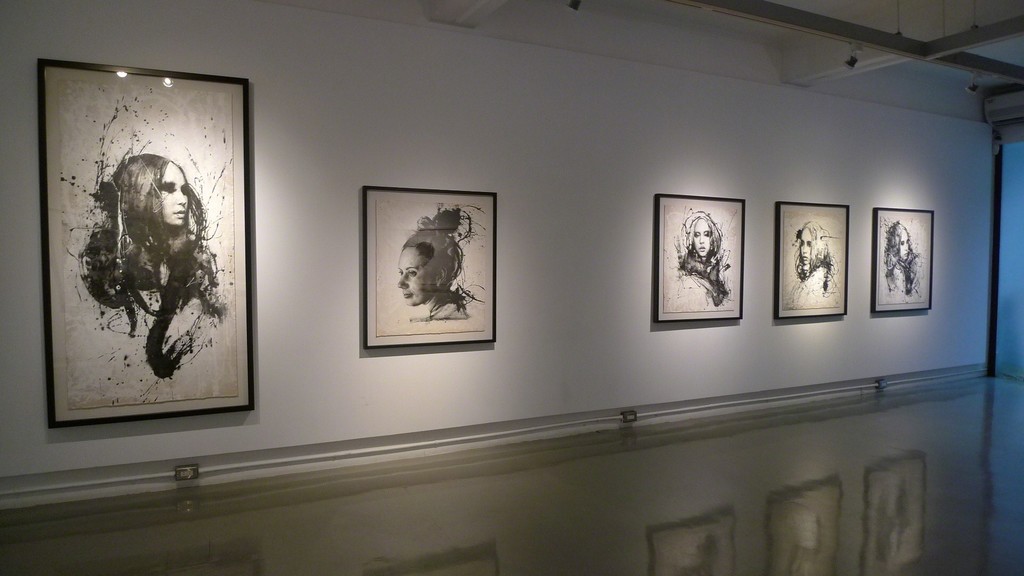 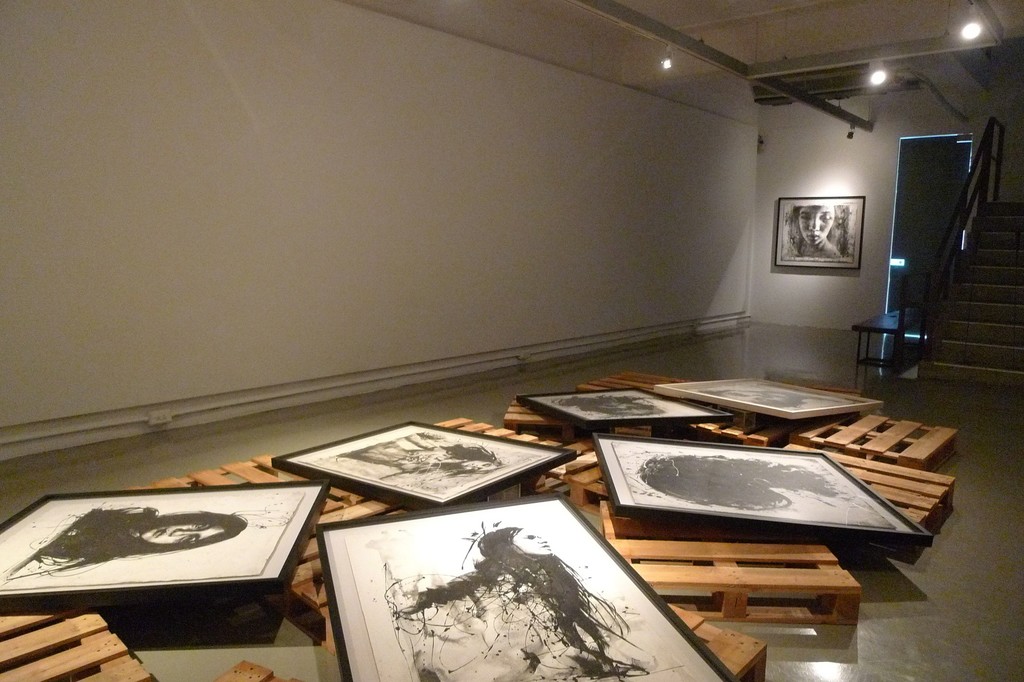 The so-called「Ink Art」has already transcend the traditional concept of manipulating certain skills and ink on paper － reflex in various forms. Artists digest and convert their comprehension of traditional ink art to present a modern appearance. This June, July and August, lead by Taiwanese ink art to bring out China and Japan’s ink art conversation. AKI Gallery gathers Taiwan, China and Japan’s contemporary ink art, trying to explore different aspects of “ink art”. First artist unveils the curtain is the notable Chan-Peng Lo who’s been the focus of Taiwanese contemporary art. This time he uses ink along with acrylic color and his realistic skills to forge an original genre of portrait works.

Chan-Peng Lo once said that “By painting, I try to conceal my spirit on the canvas.” He’s been thinking how to treat painting as natural as drinking water. It takes the hand, the brain and the canvas to be no barrier between each other. However, the experience in Berlin and LA changed his ethereal way of painting and made him start everything from nothing. If we say that his seamless oil painting conceals his soul and energy, as he said “without any premises or purpose, I begin an investigating journey of unknown”, rather spare and open series of ink can be considered as a spiritual inspection. In the process, the soul is liberated freely to search for more possibilities.

The artist alters between two paralleled threads─balance the strength to feed the other. Like inhaling and exhaling, this is the way the artist survives. “It’s just a beginning, not an end.” Chan-Peng Lo will keep forward probing and devote effort to establish exclusive uncommon works. Nearly 30 works from 2011 to 2013 will be shown at Aki Gallery. It is predictable that he will arouse another butterfly effect on Jun. 8th.