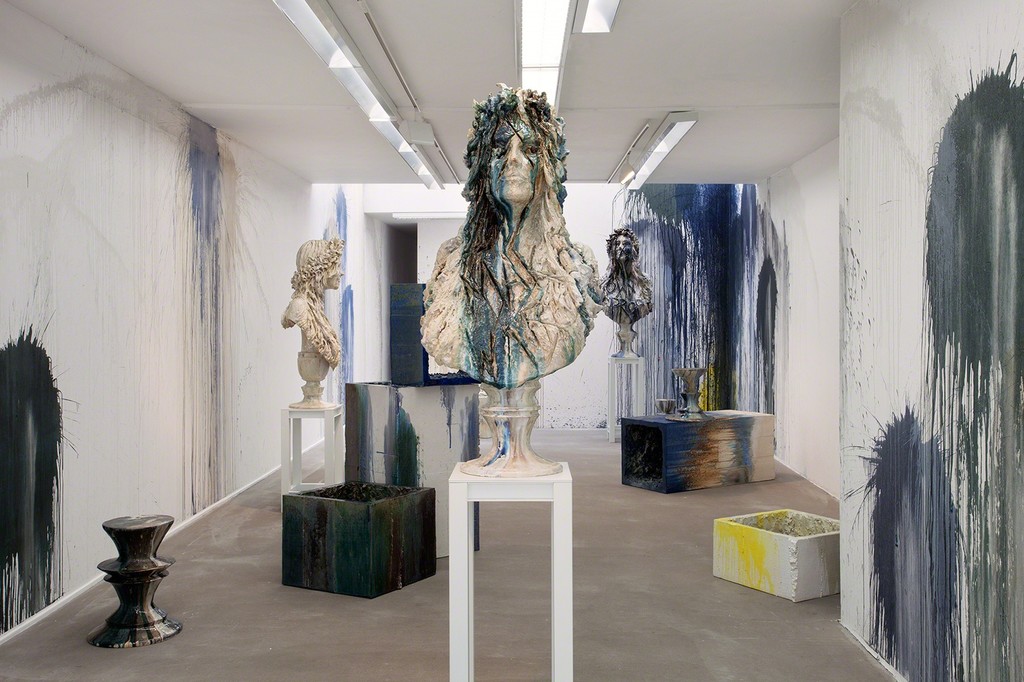 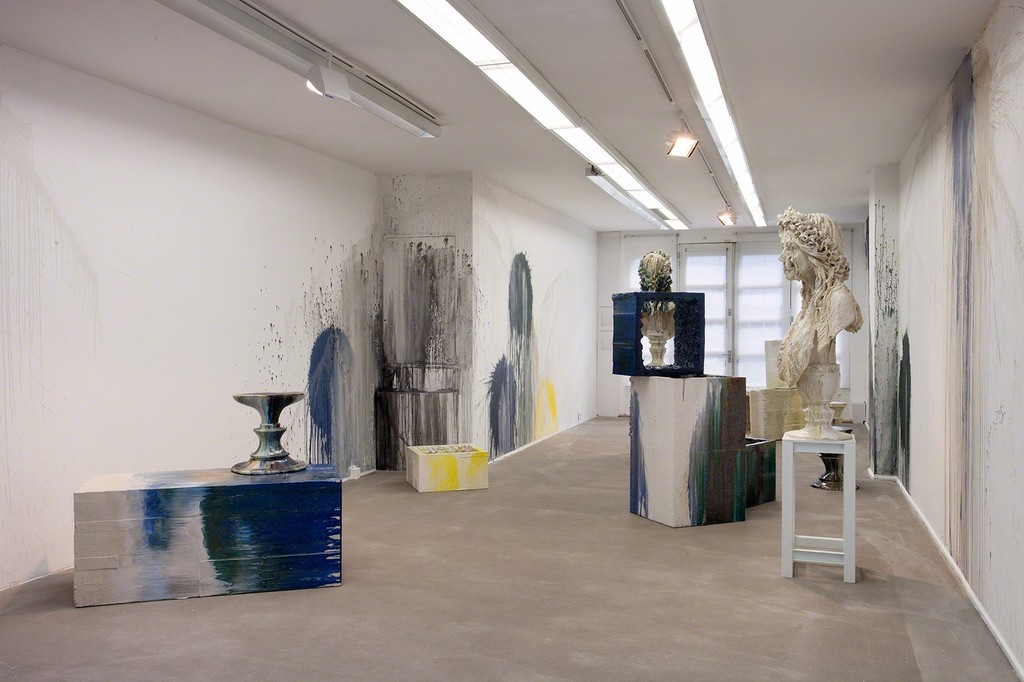 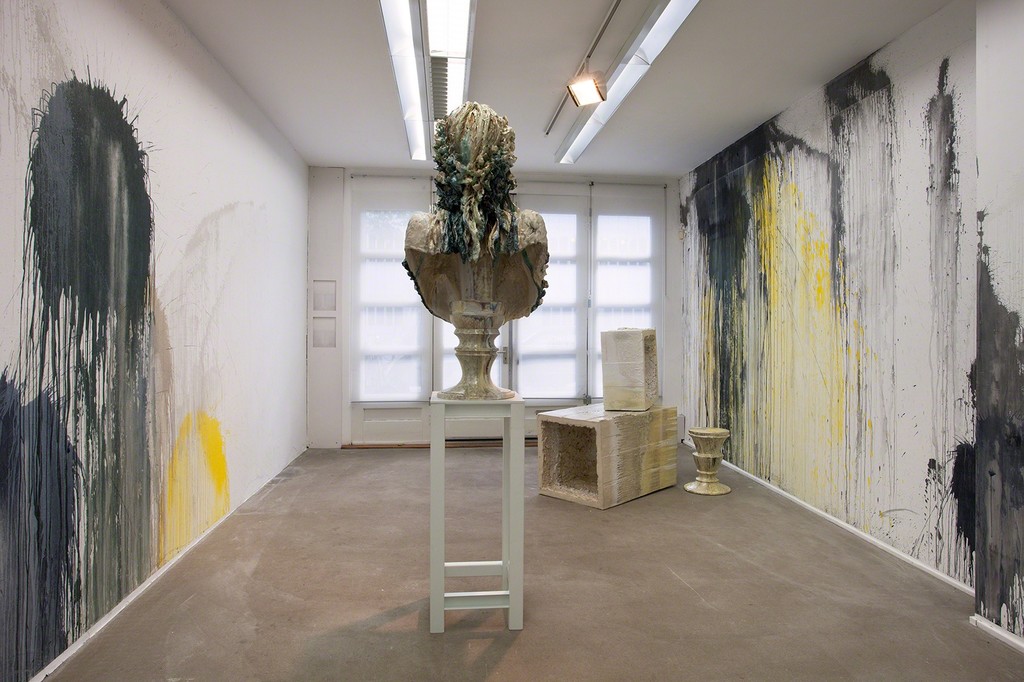 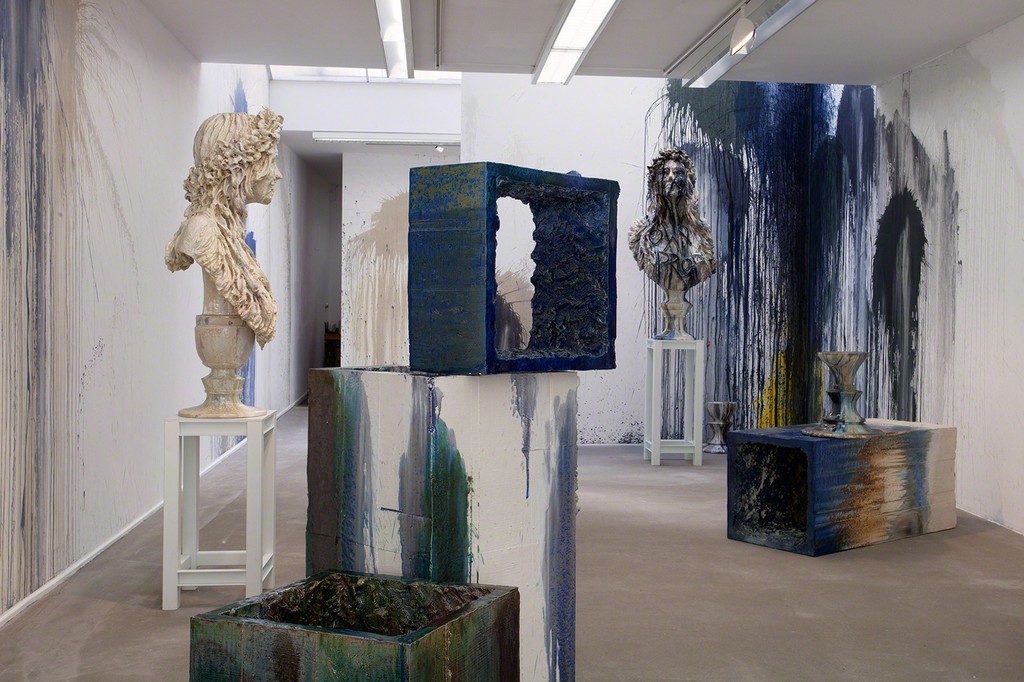 Under Construction (I can’t believe I still have to protest this shit)
The title 'I can’t believe I still have to protest this shit' refers to the feminist aspect of Anne Wenzel’s new body of work. These Women are in the prime of their lives, they are not young, not old - but Under Construction. They are powerful and classic, eternally combative but damaged as their faces and chests are scarified revealing incised texts of fury and provocation. Make War, I am my own prophet, Resistance, Fuck your morals and Virgin stand not as victims, but as victors on their pedestals. Wenzel built these sculptures from nothing except clay and finally ‘mutilated’ them with a chisel. For the occasion of this exhibition, Wenzel has 'painted'the white walls of the gallery with super soakers and water balloons.
Previously Anne Wenzel produced a series of busts of men, under the overall title Damaged Goods. In these sculptures she combined the representative and heroic of war with its opposite side: mutilation and damage. The artist: "With busts, heroes are honoured, and in the course of history most busts have represented men, because history was written by men. Or at least, its points of reference. Women have often been important, but are associated with the less conspicuous things, soft skills, not things that you would erect a monument to. That
is why I have now made a series of women. Still, the most artists in exhibitions are men. And even though there are many women working in museums, the highest functions are still mostly occupied by men. "
Deconstruction in general is not an unfamiliar working method for Anne Wenzel: "It is a way to find the balance. I believe there are two sides to everything in life: there is nothing that is only 'good'. There is always a dark side, a less pleasant side.”