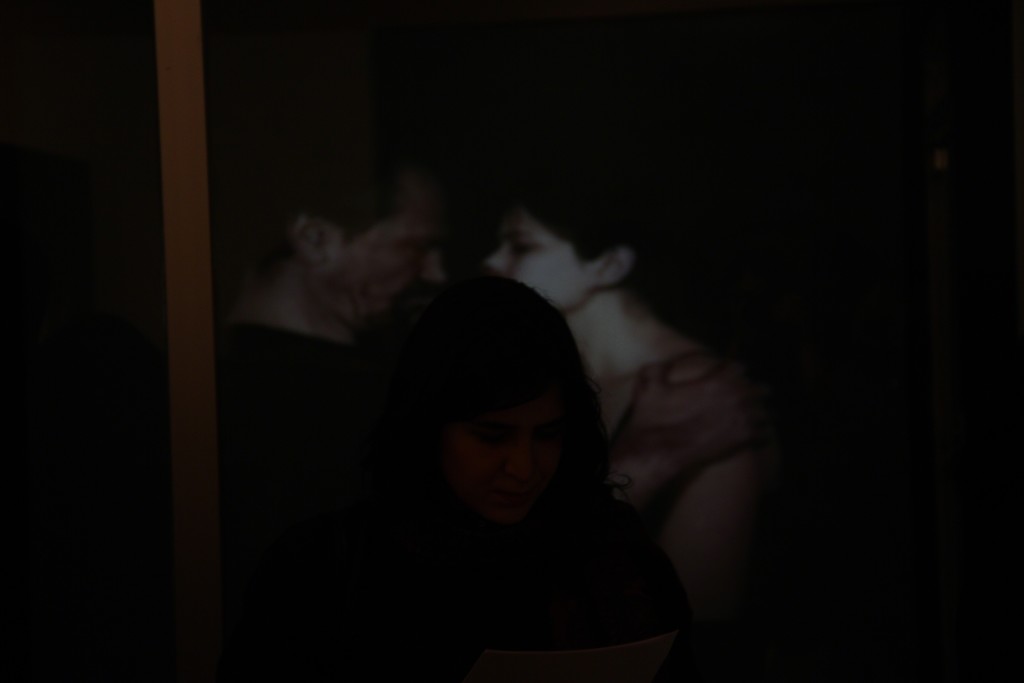 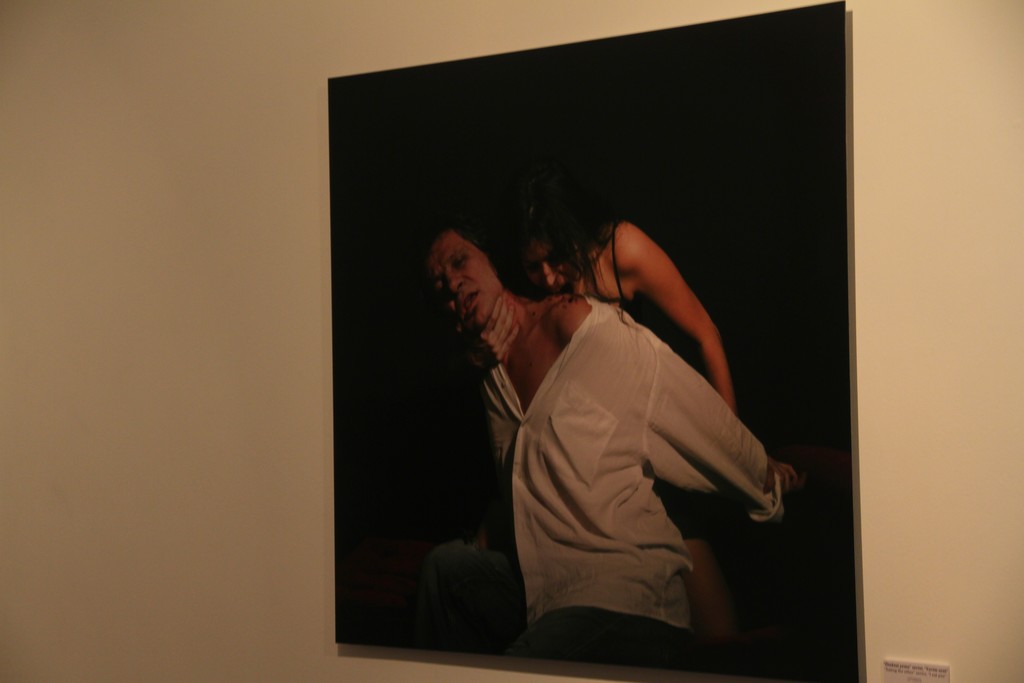 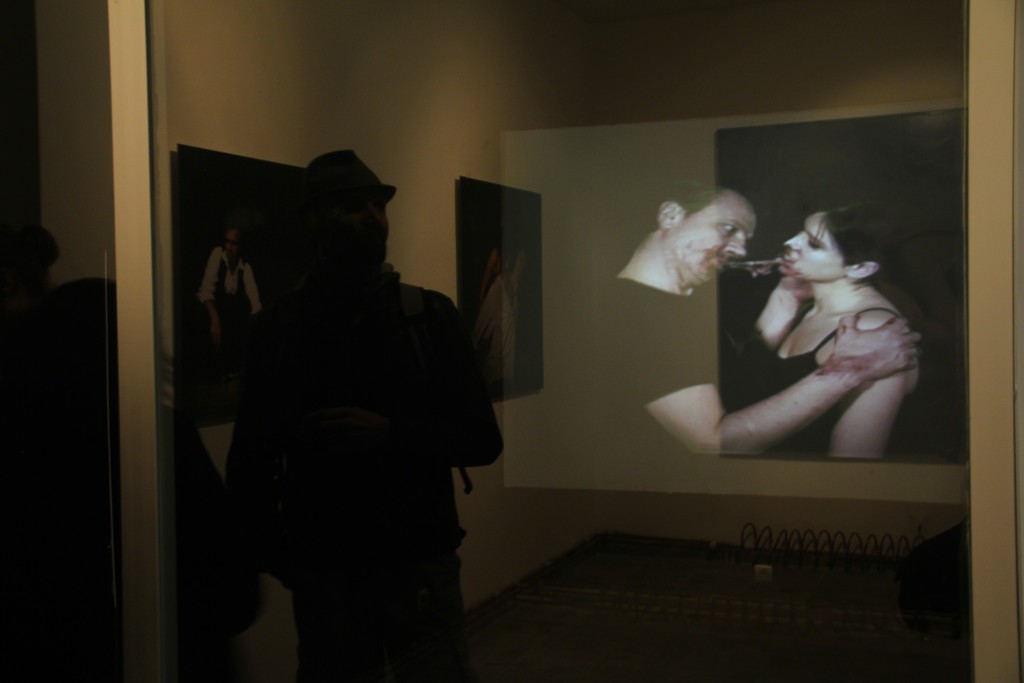 Dark green, almost black background, the parts of orientalic pattern on it are barely visible. Two red cracks of the canvas catch viewer’s eye since resemble a wound of a human body. A man in a lavish fez color robe is sitting on a broad green seat partly covered with red and gold patterns. His head is covered with a silk cloth folded in a turban. His gaze is directed to the viewer, although his sight seem to be rather delirious then clear. His hands are crossed on the belly. On his right side we see an object which is hard to identify as something familiar. It resembles a wooden stick at the first sight, but in fact it is just a fragment of something that stays out of the frame of canvas. It is covered with blood and smudges are scattered over the seat. The red blood spots on the right side of canvas correspond with the red patterns of the seat on the left side. The left hand of a man is wounded, a two phalanges are missing. At the same time the man’s mouth is covered with blood and ashes. Has he eaten his own finger? There are two remarkable aspects within İsmet Doğan’s painting. One is the interplay of ornamentic of the robe, of the seat and backgournd. Secondly, the visual resemblance of canvas cracks with body wounds and the wounded hand of the man, as if the artist take a canvas as a body and a body sees as a canvas. This interplay makes this self-portrait so outstanding. In addition, the artwork does not give any answer to all the questions aroused in the viewer’s mind nor conveys it a clear narraiton, it rather confuses as more as longer one is observing it. The selfportrait of İsmet Doğan is bizzare, strong, aggressive, courageous and enigmatic at the same time.