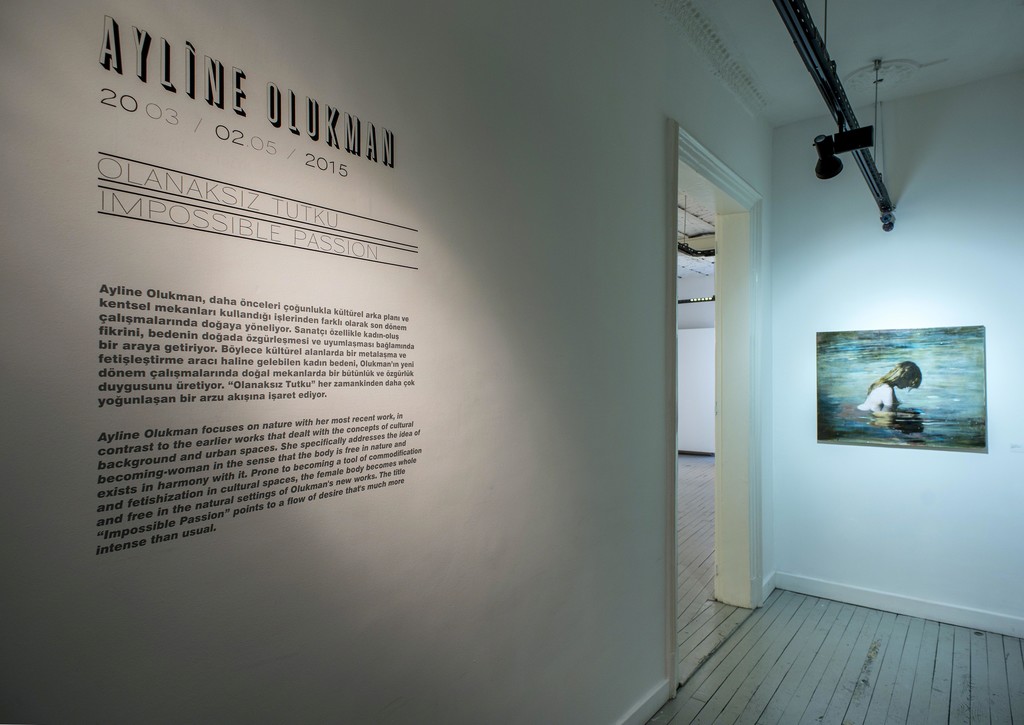 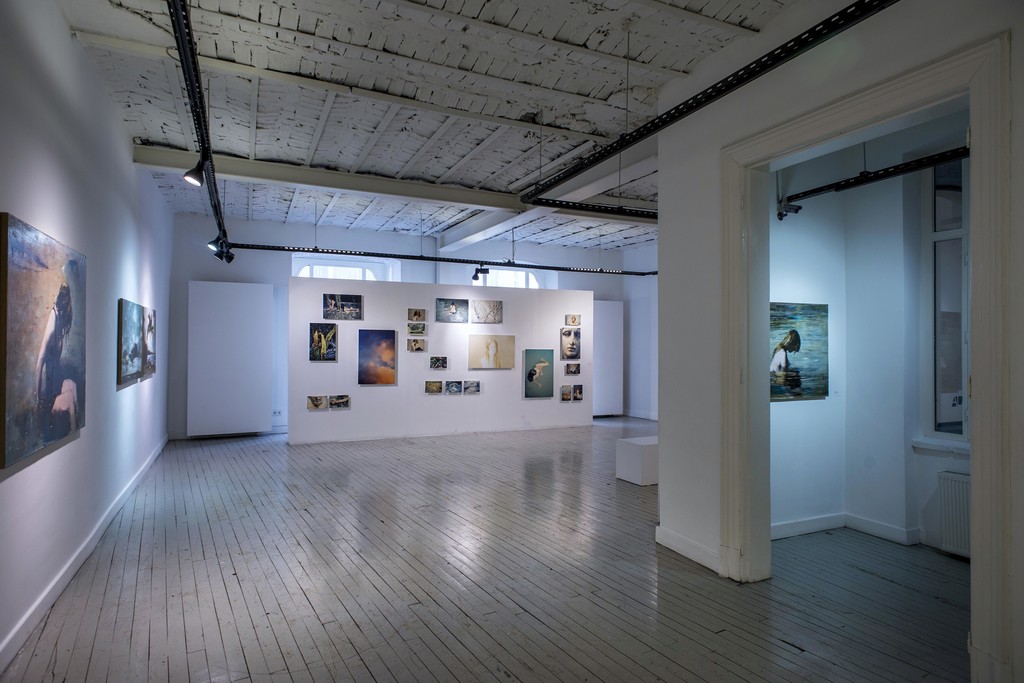 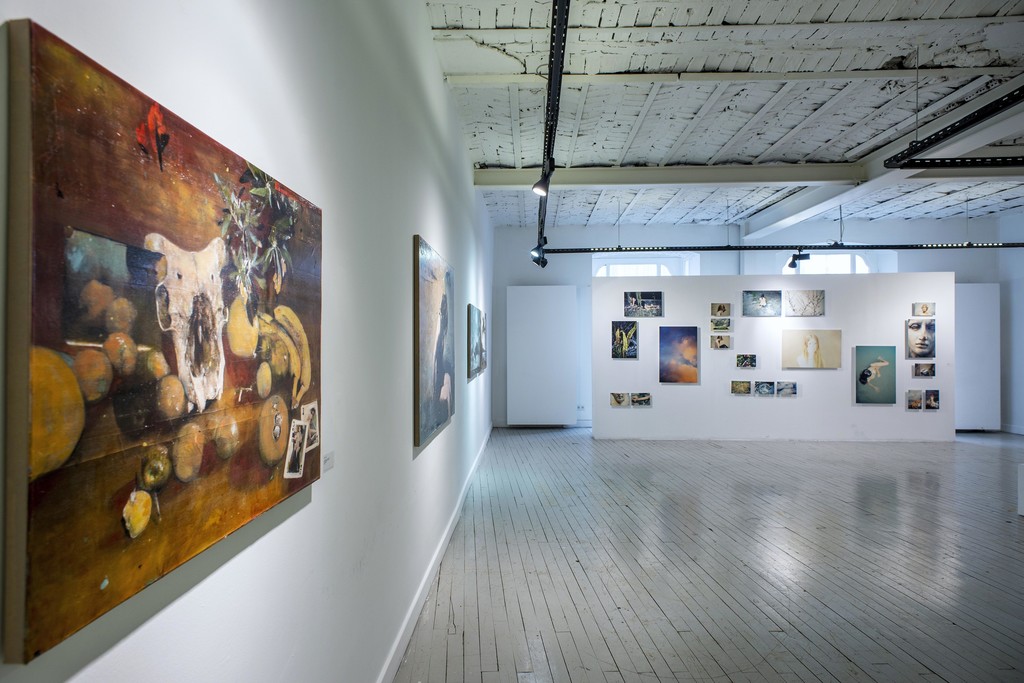 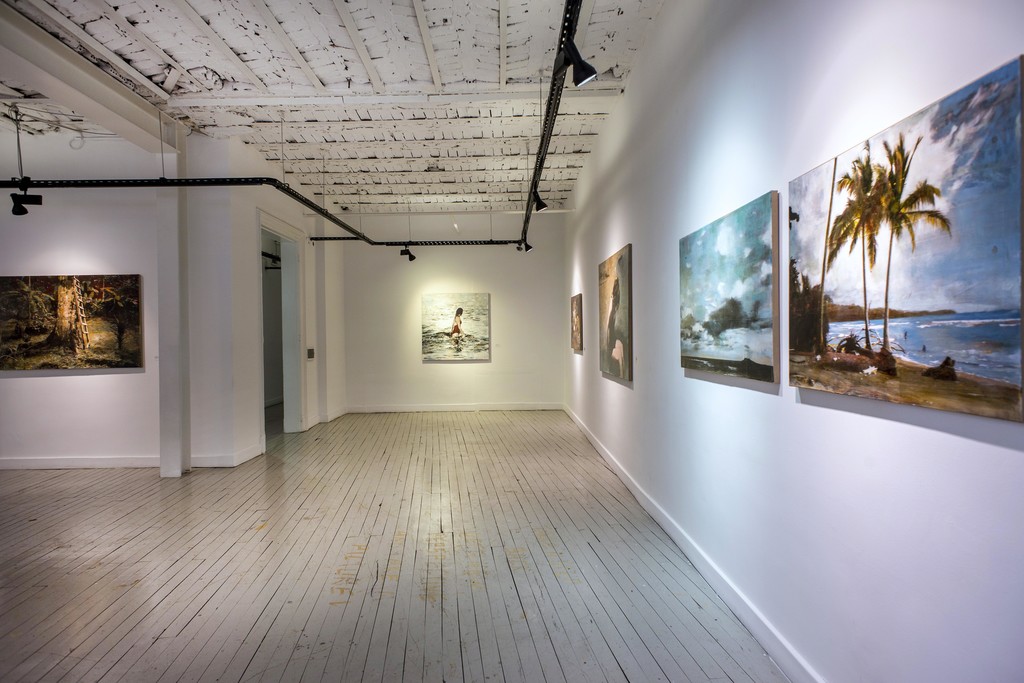 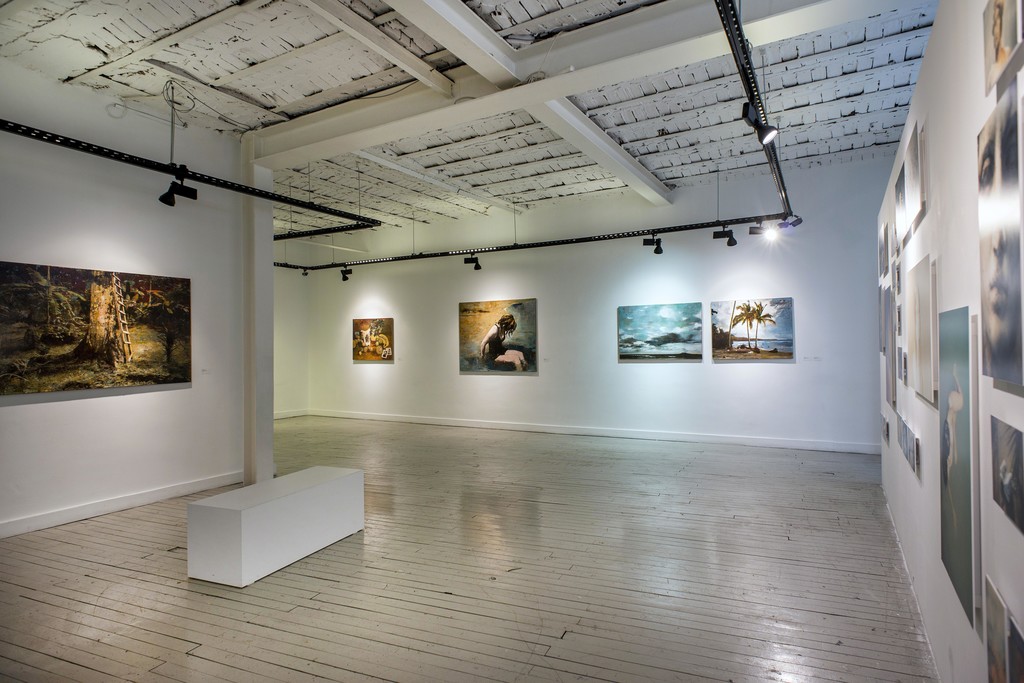 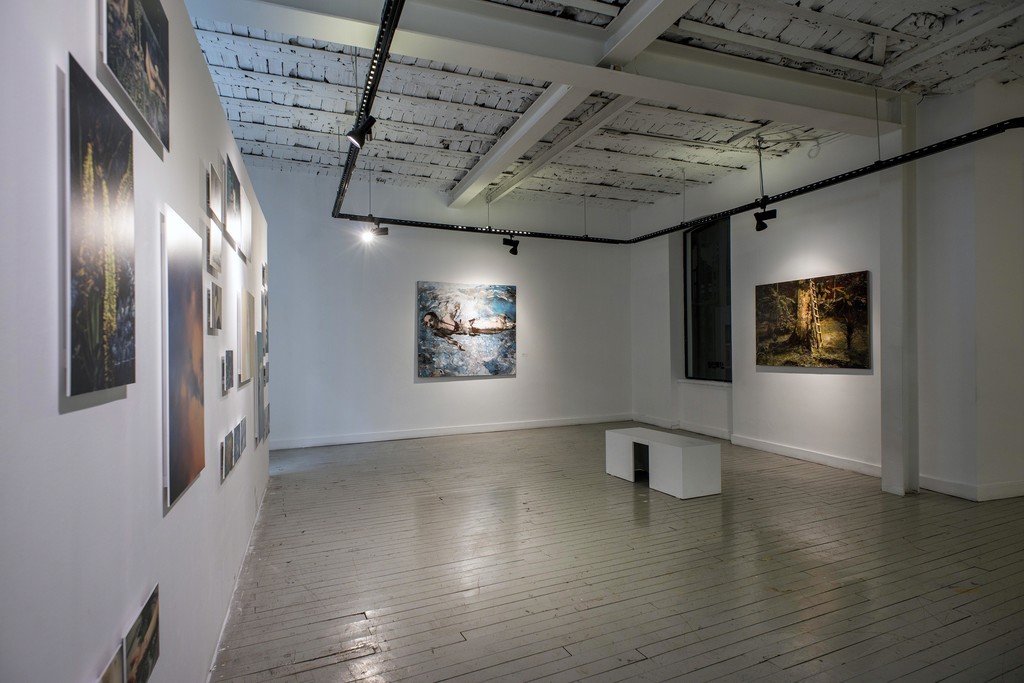 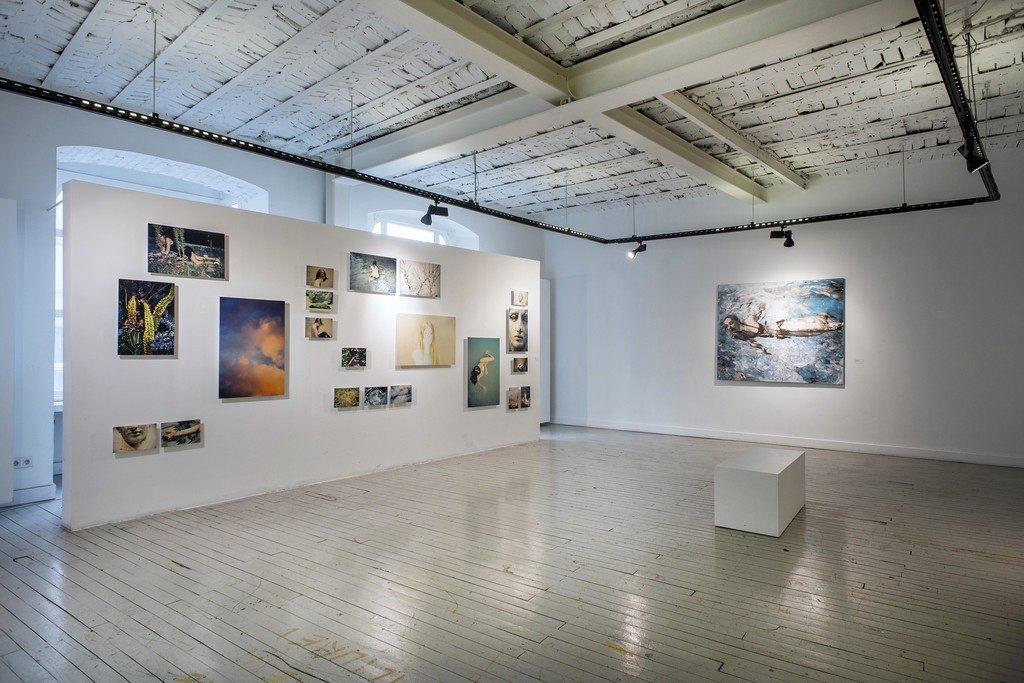 Ayline Olukman presents the latest work from her new series, which attracted a lot of attraction in both New York and Paris. A frequent traveler who makes use of images from various places around the world, Olukman focuses on nature with her most recent work, in contrast to the earlier works that dealt with the concepts of cultural background and urban spaces. She specifically addresses the idea of becoming-woman in the sense that the body is free in nature and exists in harmony with it. Prone to becoming a tool of commodification and fetishization in cultural spaces, the female body becomes whole and free in the natural settings of Olukman’s new works. The title “Impossible Passion” points to a flow of desire that’s much more intense than usual.
Ayline Olukman excels in transferring her personal warmth to her works and in communicating the artistic language of the new era with a nostalgic feeling. Her works depict a universe in which an attempt is made to overcome the classification or the interpretation of woman through the masculine perspective of a male dominated world. Displaying a poetic aesthetic instead of attempting pure criticism or negation, Olukman’s works are optimistic and welcoming. The fact that she’s the child of a French mother and a Turkish father turns into an advantage as it adds a universal characteristic to her visual world. She lives in New York and Strasbourg, and her works are followed with interest in the rising art centers of the east, such as Istanbul and Dubai.
Ayline Olukman’s “Impossible Passion” can be seen at ALAN Istanbul between the dates 20 March and 2 May 2015.