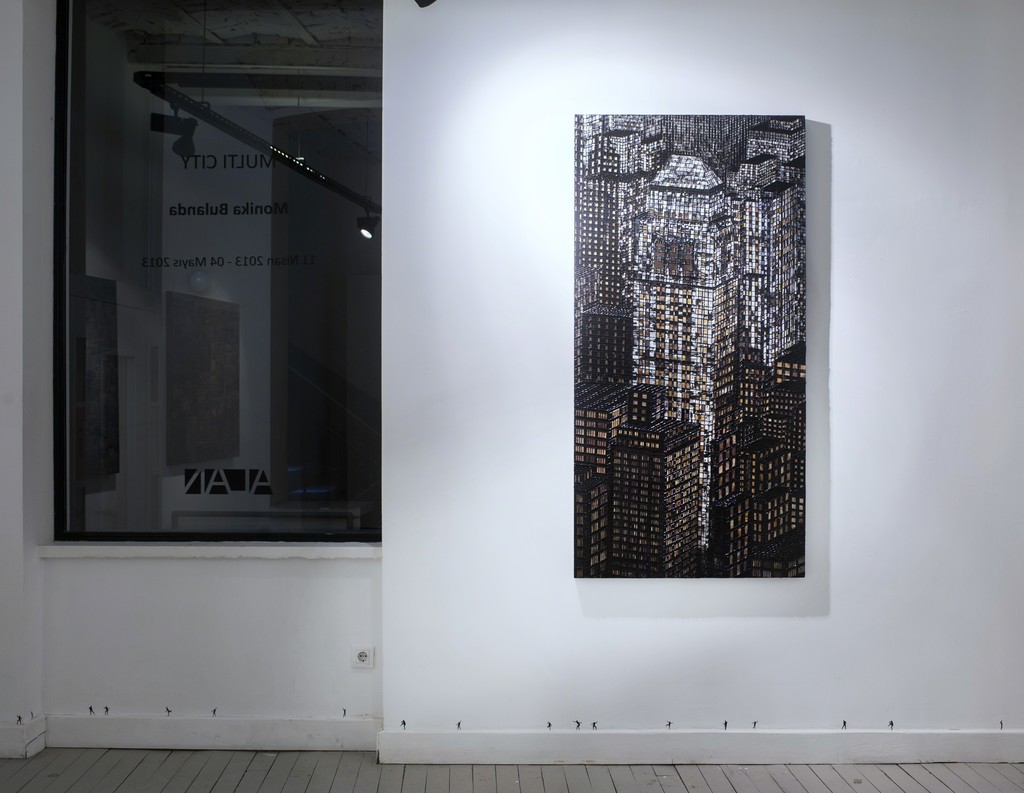 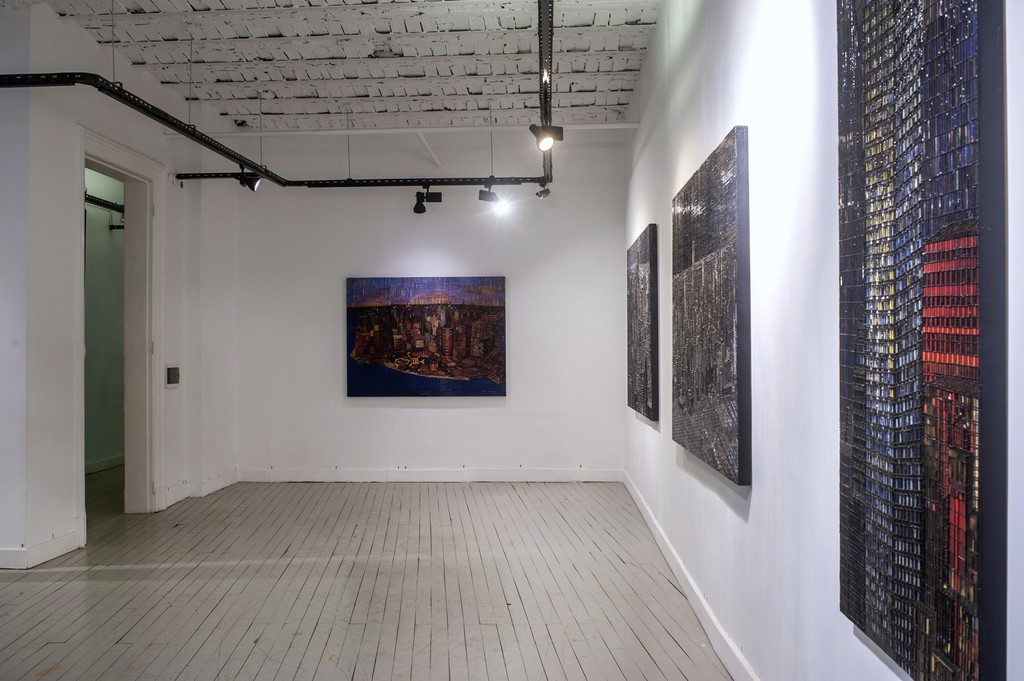 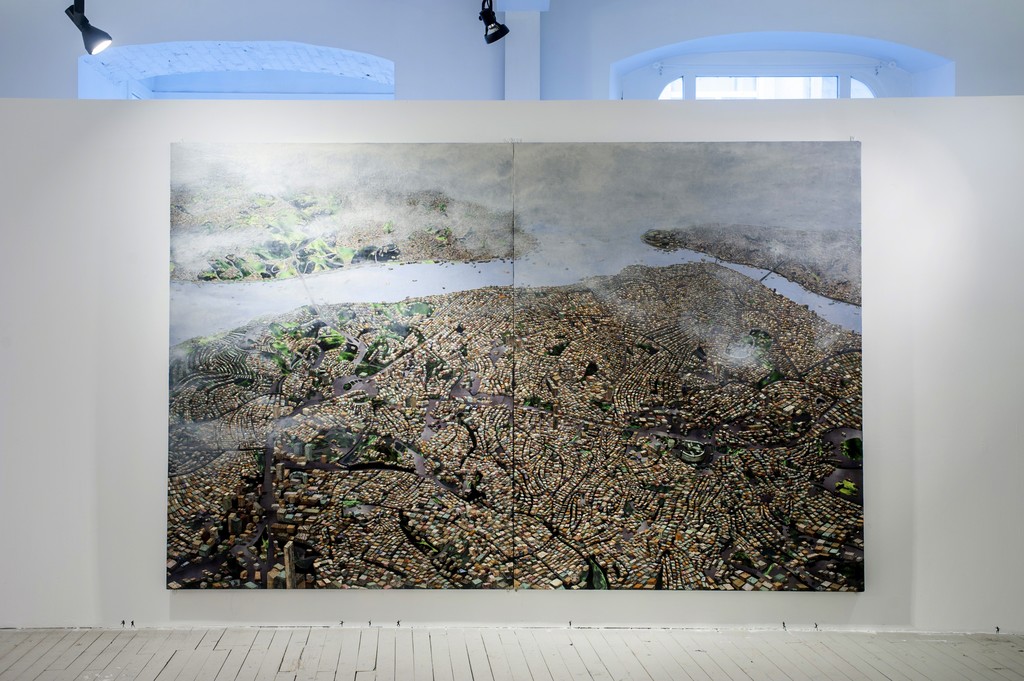 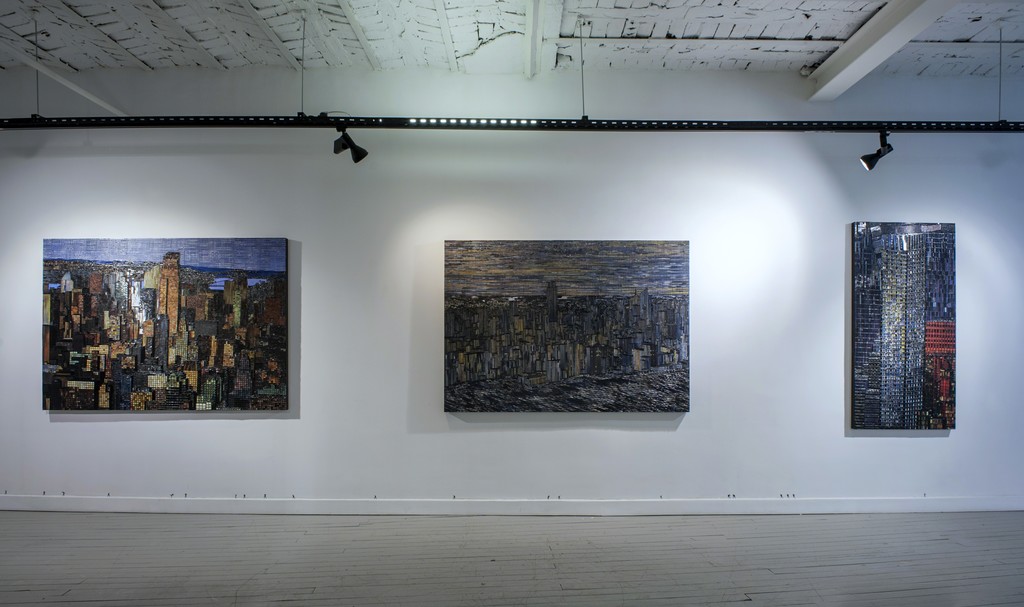 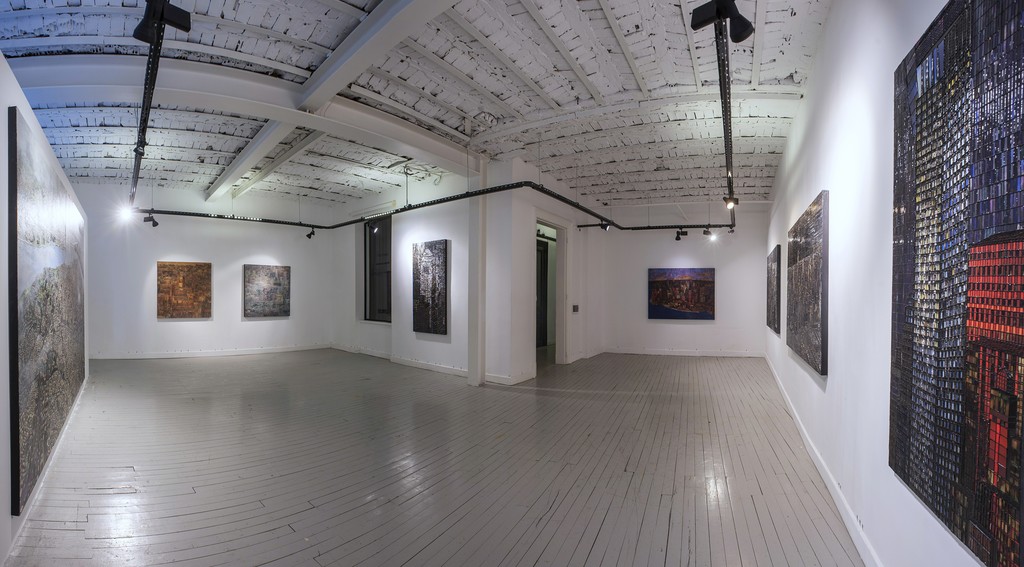 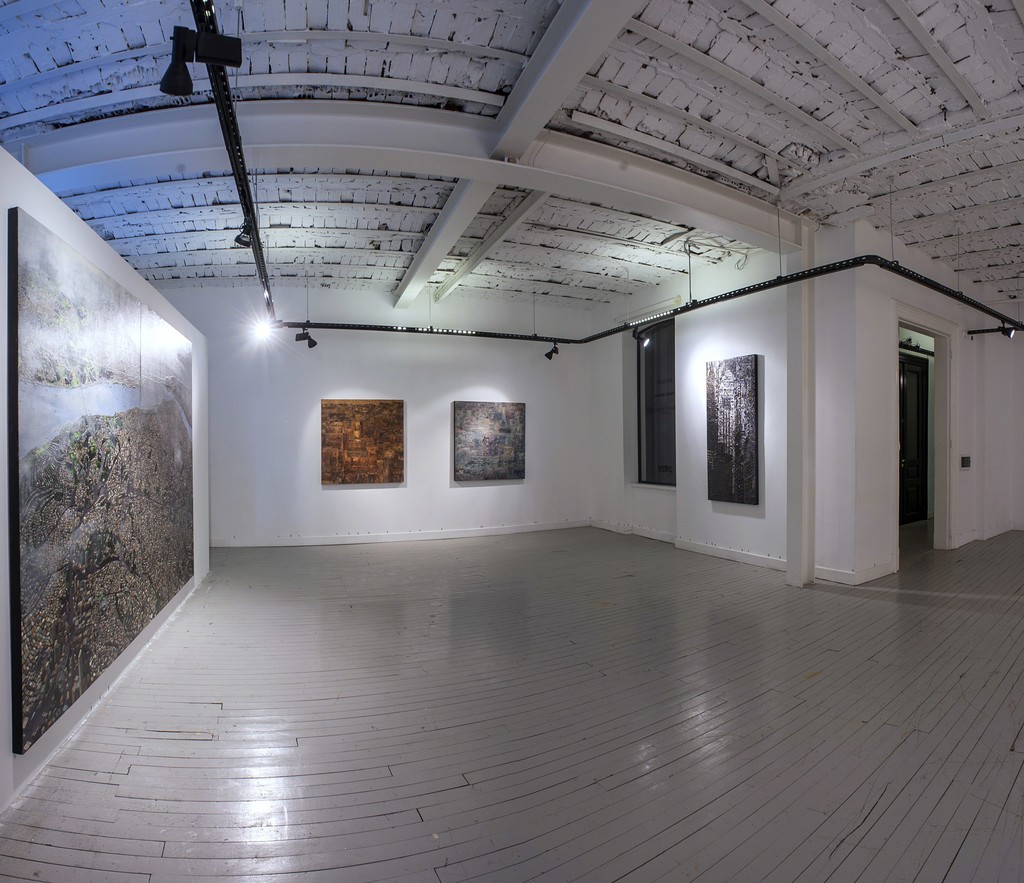 Monika Bulanda has begun her art life in early ages. The first prize she has received in Poland, which is her homeland, has been an important step for her art life in later years. After completing her academic career, she has visited and lived in many big cities from New York to Beijing, from Paris to Istanbul. The passionate and emotional relationship she has established with these cities was an important matter, which formed the basis of her art.
Considering that the visual images of each city are marvelous art pieces on their own, Monika Bulanda reproduces this visuality with contemporary art codes. All structural and organic items, which compose city sillhoutes, develop a big collage in Bulanda’s paintings. Gathering thousands of particles with different colors, textures and tones in a big collage, makes us perceive a single photograph with many details. This collage makes up with both a definable and a chaotic city silhouette at the same time by combining deep perspectives and multiple particles. Thereby, each artwork of ‘MULTI-CITY’ can be viewed as a process, which starts with the smallest details, continues with a striking effect of the whole and leaves a lasting influence on the audience.
The affinity between energies given off by Istanbul and New York cities inspired Monika Bulanda to create Multi-İstanbul and Multi-New York series, which will be showed together in ‘MULTI-CITY’. The exhibition may be visited at ALAN İstanbul between April 11th and May 4th 2013.