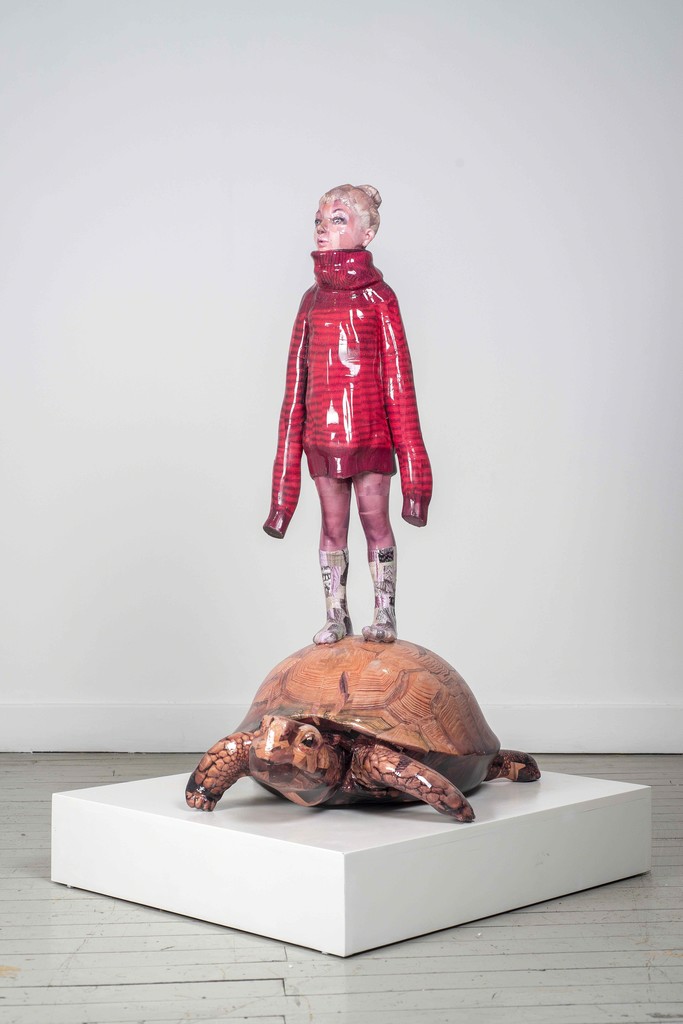 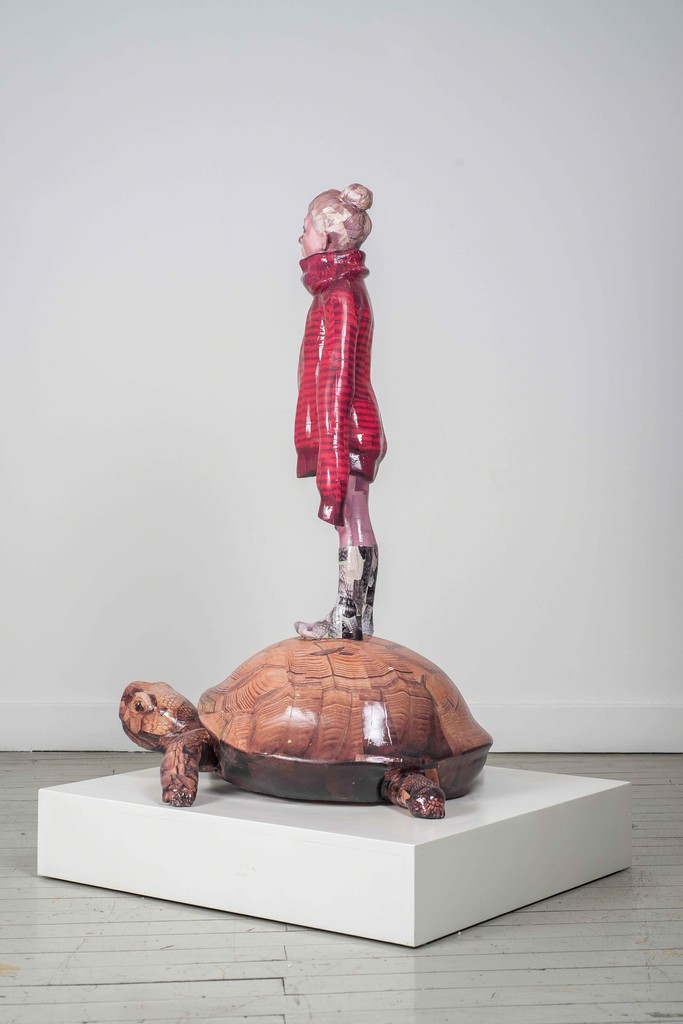 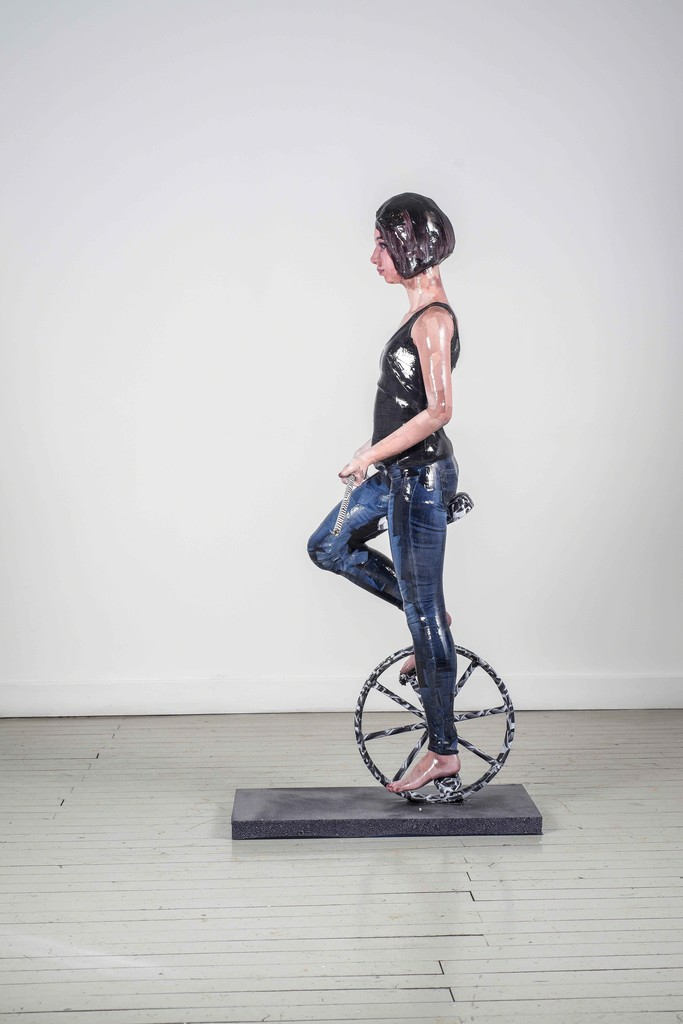 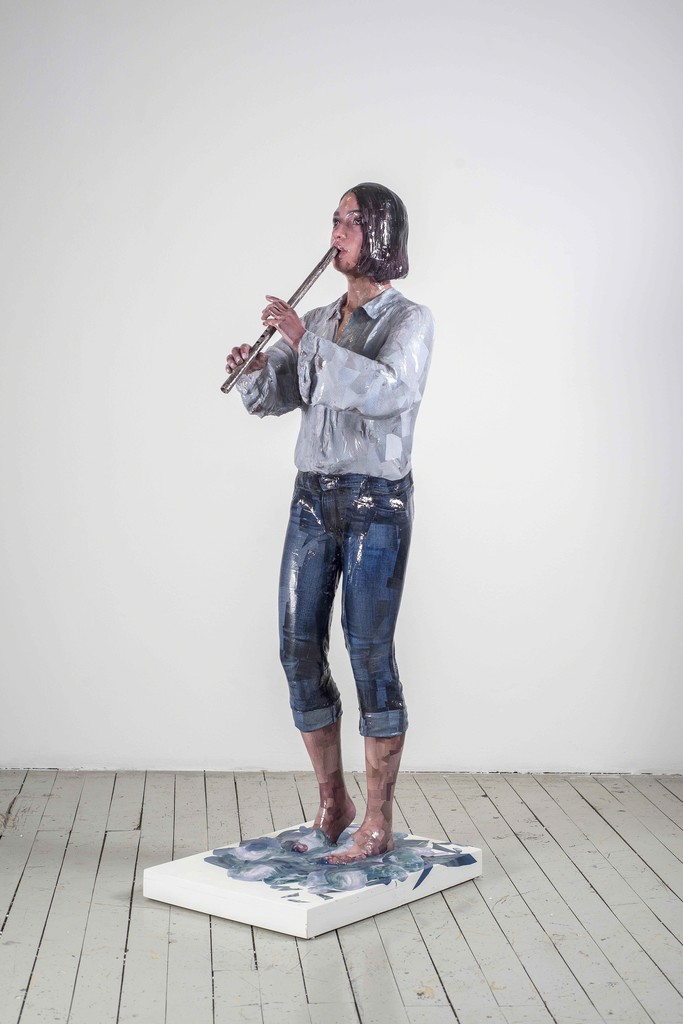 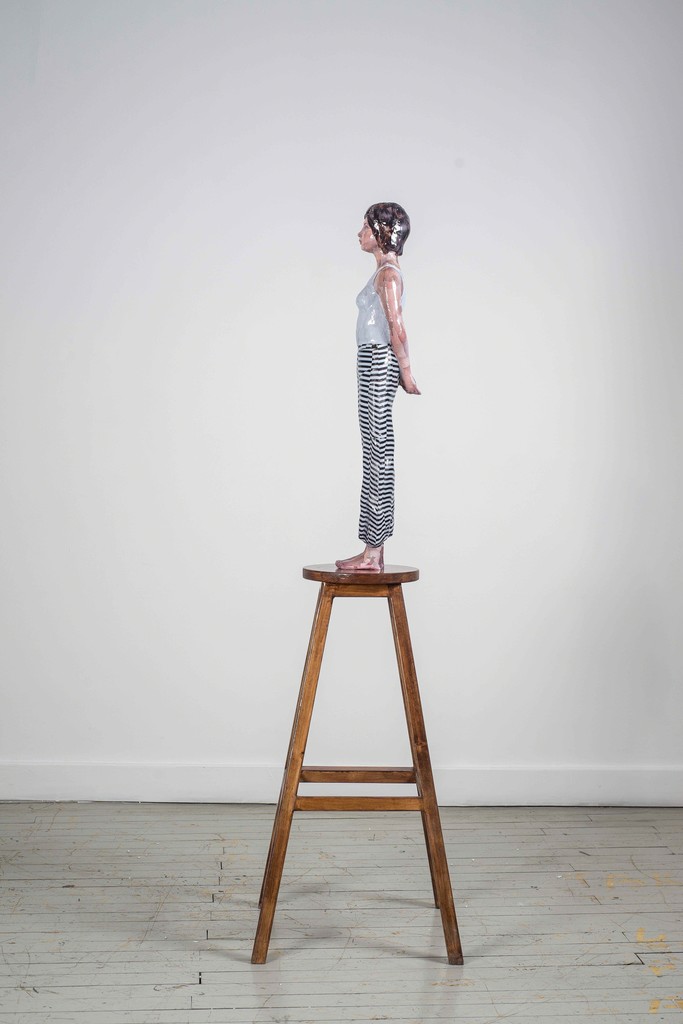 In the show entitled “REM”, Kadriye İnal invites viewers to a new reality with her 3-dimensional works, which are one of the most powerful spatial tools of contemporary art. In this fictional world comprising various human figures, viewers are offered an experience residing on the interface between alienation and identification; that is the result of the technique utilized by the artist. By creating each of her realistic figures in the form of a kind of “patch-work”, the artist makes viewers constantly perceive the fact that these figures are the result of a fabrication process.
According to Kadriye İnal, because dreams are the symbolic language of the subconscious mind, they create a sincere world as a result of their direct nature. In a constant pursuit after this fact, the artist deals with the reality in a conscious environment of dreams. As İnal creates her compositions on the basis of the conjunction of the real and the fictive, she opens the free and colorful doors of the imaginary world to viewers. In addition to each sculpture having its own story, the show as a whole presents images that offer countless interpretations to viewers
Kadriye İnal’s show entitled “REM” can be seen at ALAN İstanbul until October 3rd, 2015.