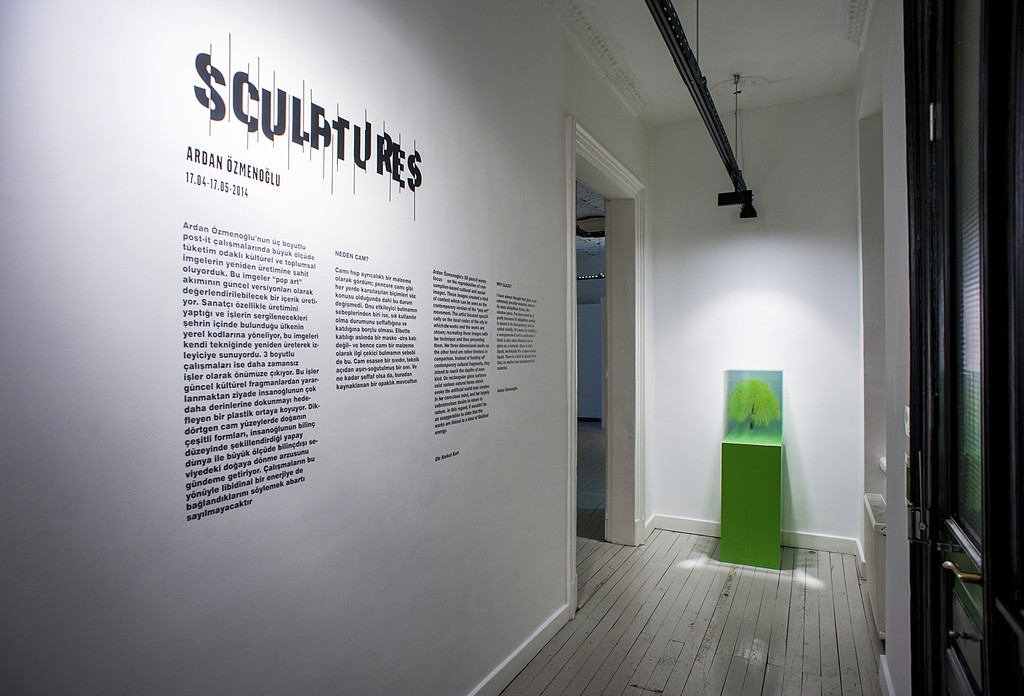 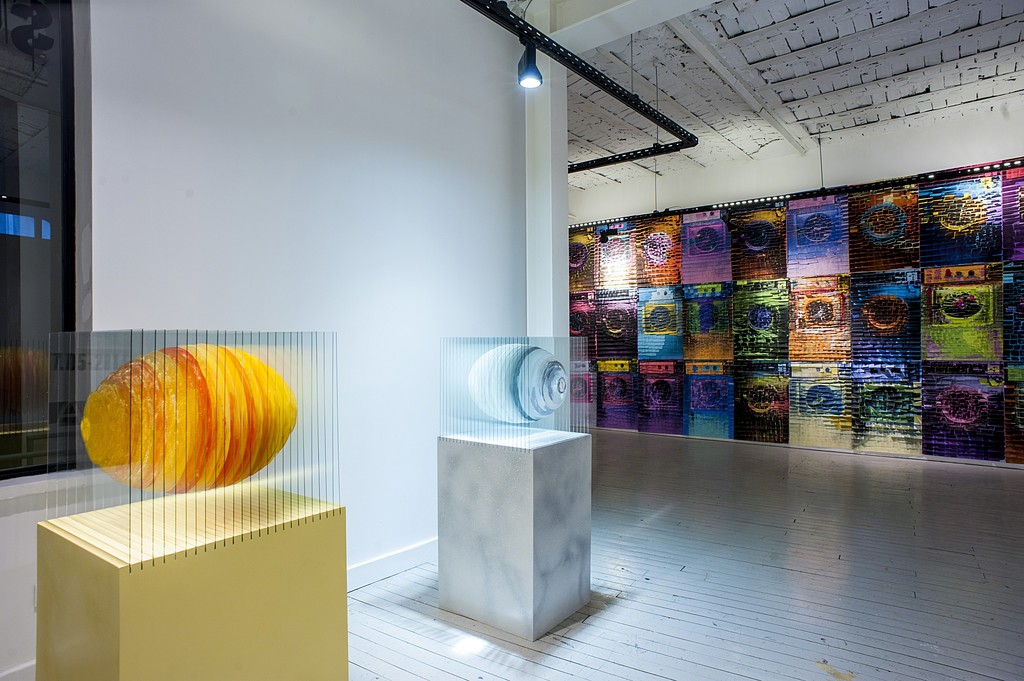 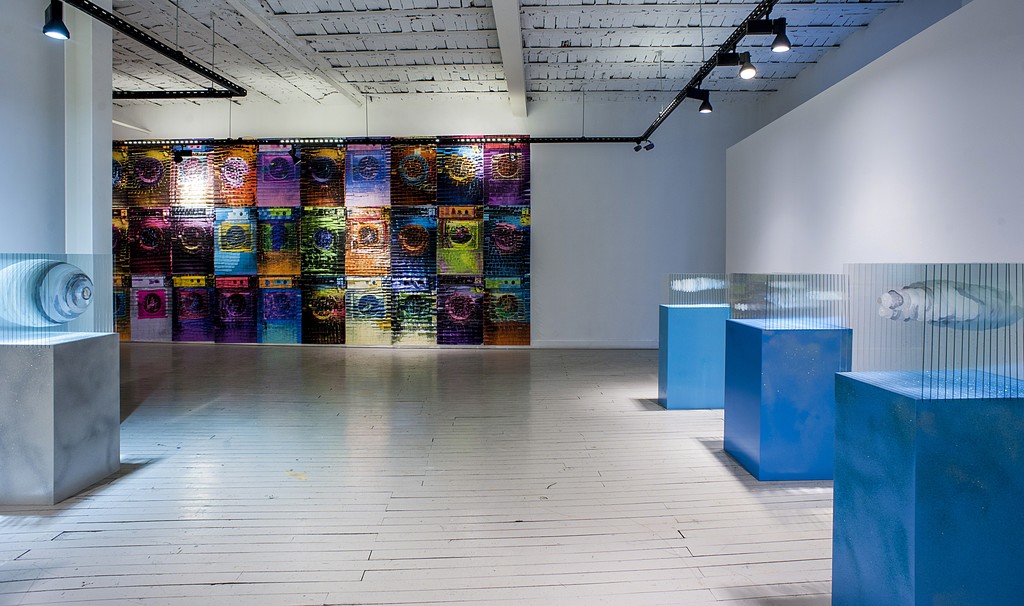 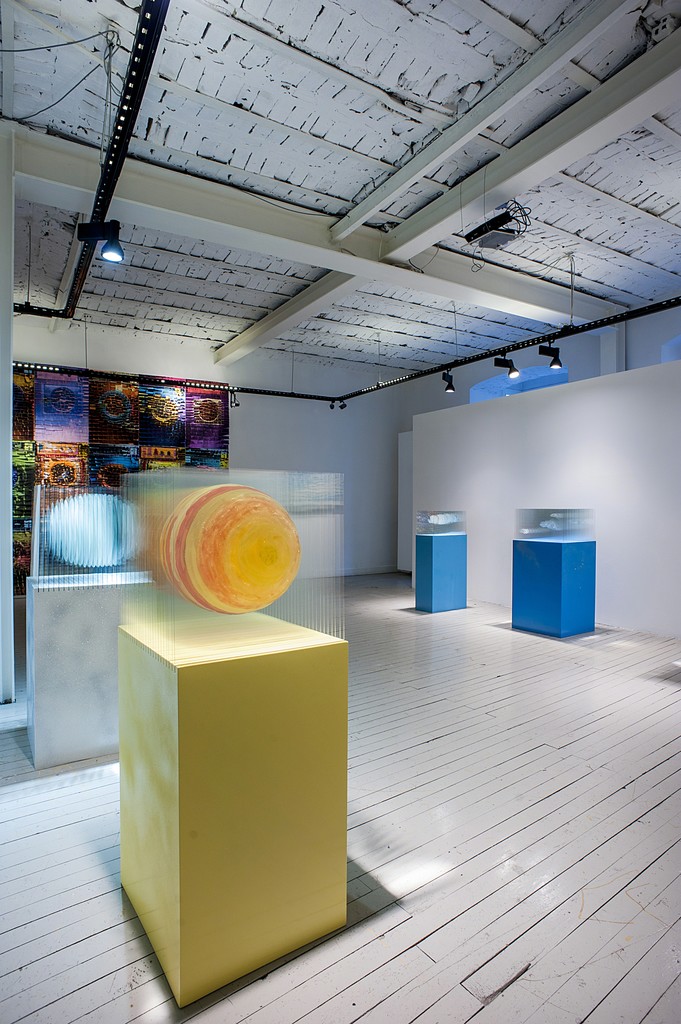 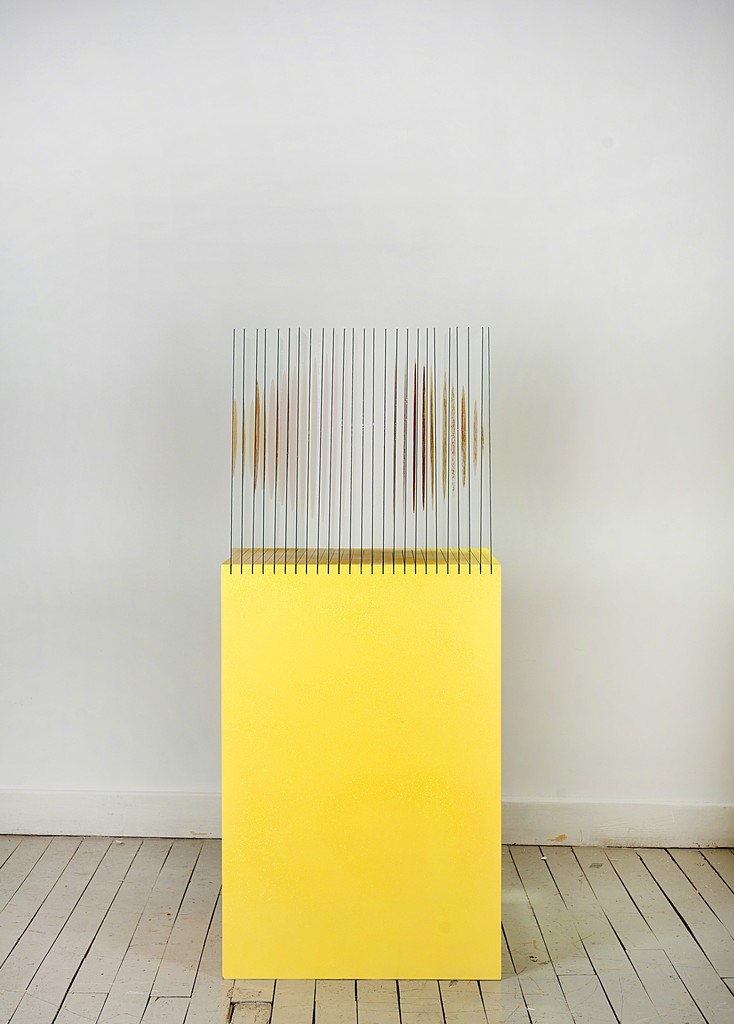 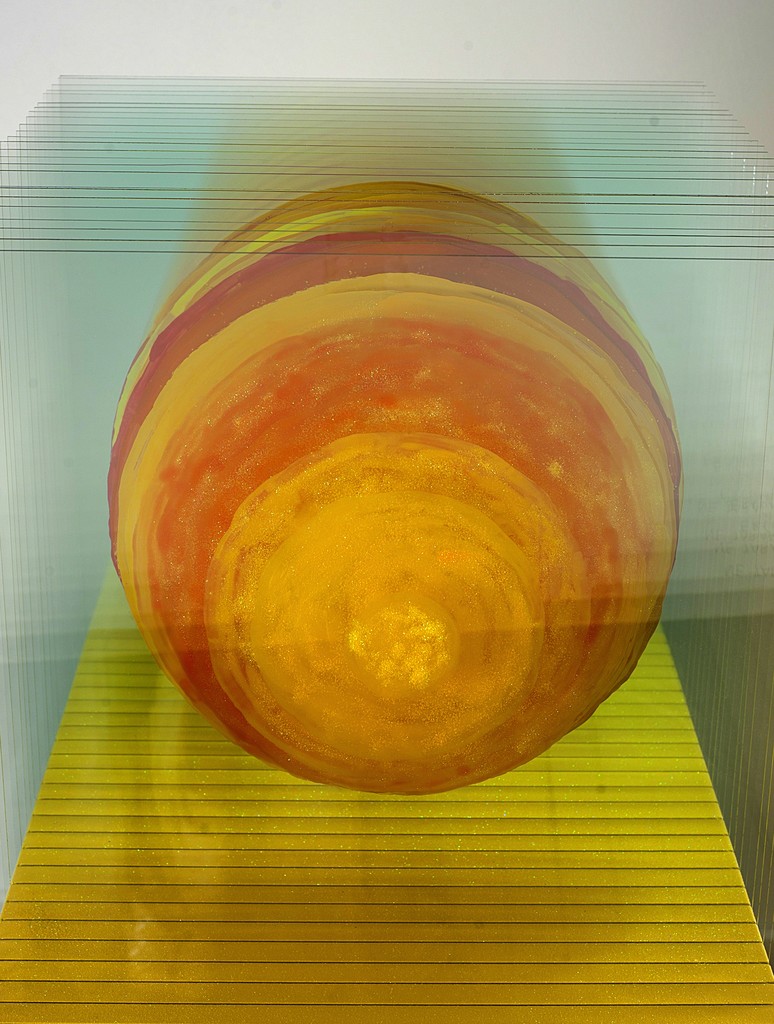 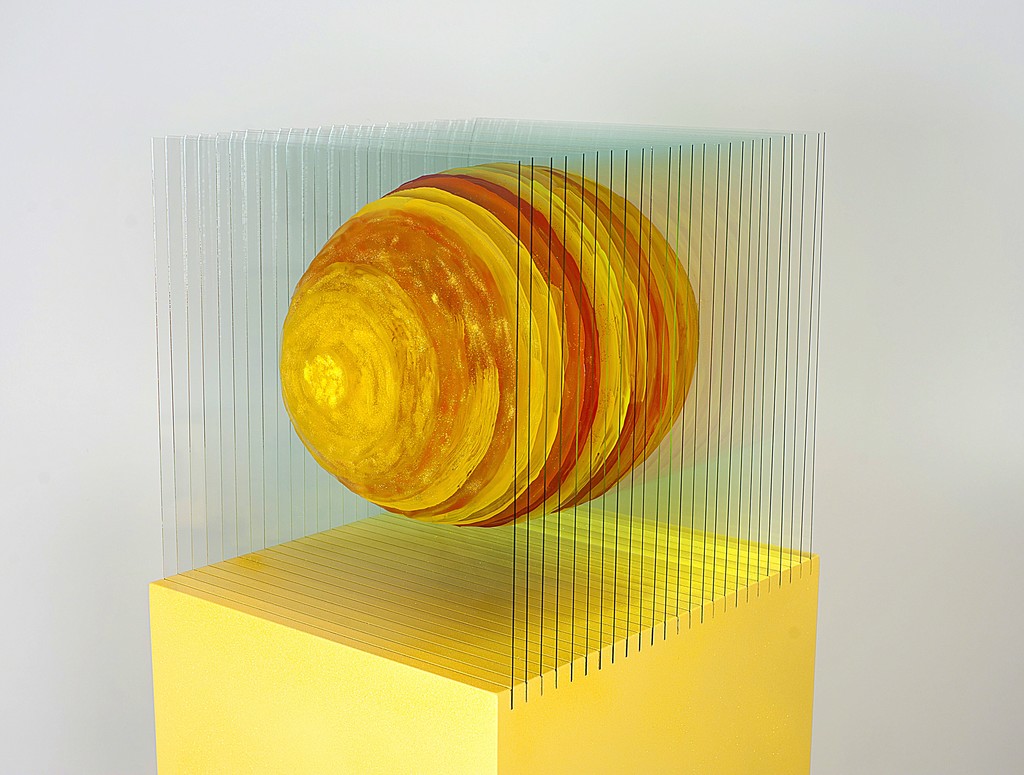 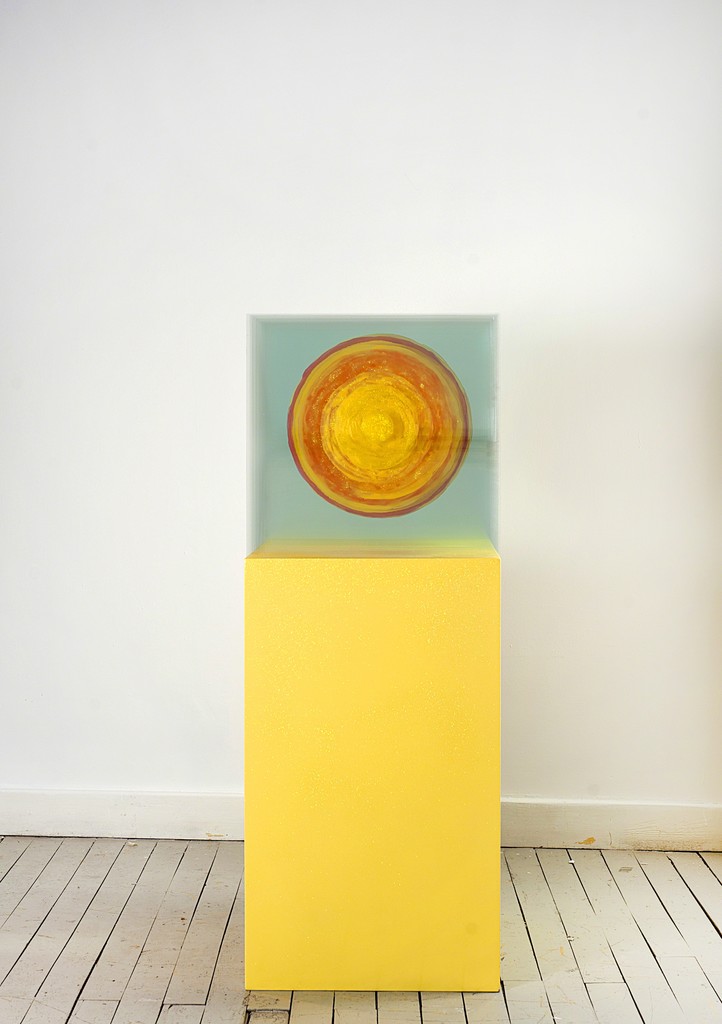 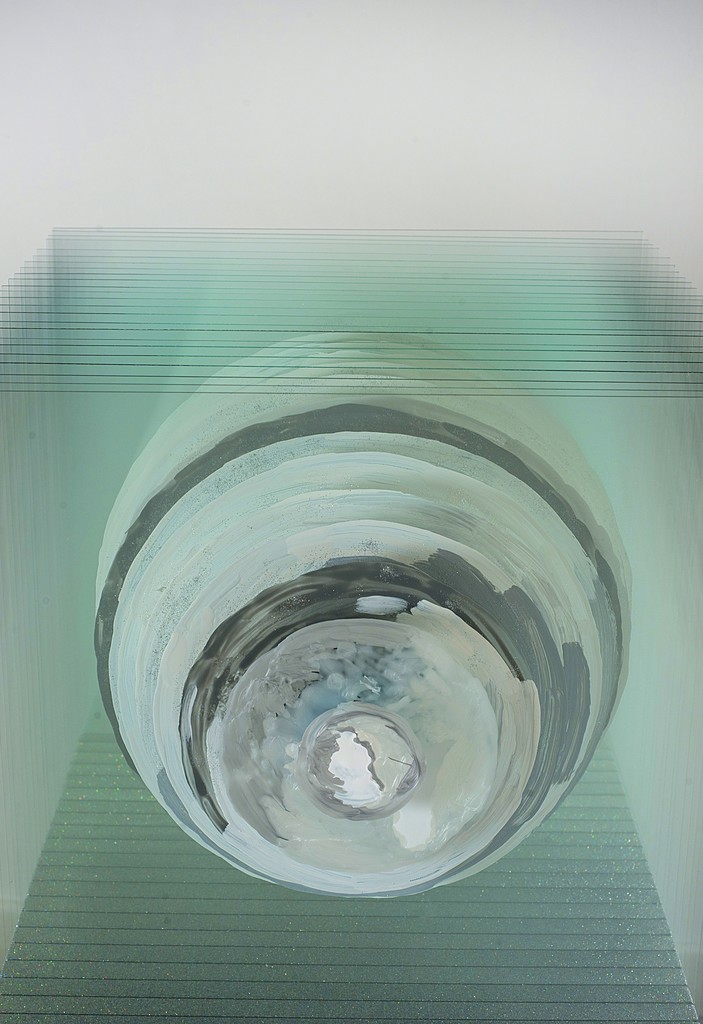 Having become a world-renowned artist and also one of the most prominent contemporary artists of Turkey in her field, Ardan Özmenoğlu presents for the first time in this solo exhibition her 3-dimensional work, which had previously attracted great interest and admiration, especially in New York. By means of a technical execution which makes simpler but more striking the colors and images from a visual world constructed of post-it pieces; the artist carries her artistic production to a new aesthetic level. Spreading in the form of fragments on transparent surfaces that repeat in equal dimensions and intervals, the imagery in the works forms a holistic work. The distance between the pieces help the works possess a depth of time-imagery, and result in a striking aesthetic perception on the viewers.
Ardan Özmenoğlu presented her 3-dimensional works most recently at the New York Scope Art Fair in March 2014; the works were previously exhibited in her solo exhibition titled “E PLURIBUS UNUM // OUT OF MANY, ONE // BİRÇOĞUNUN İÇİNDEN, TEK” in New York in 2013. Bringing together actual cultural codes and the art language of the era with natural imagery and thus positioning themselves on an interface between our subconscious yearning for nature and artificial spaces created by man; the artist’s works are included in many significant contemporary art collections. The artist will present her works in the main gallery room of ALAN İstanbul with a specific setting that enforces the relationship between the works and the space by means of lighting and positioning. Ardan Özmenoğlu’s “SCULPTURES” exhibition can be seen in ALAN İstanbul between the dates April 17, 2014 and May 17, 2014.