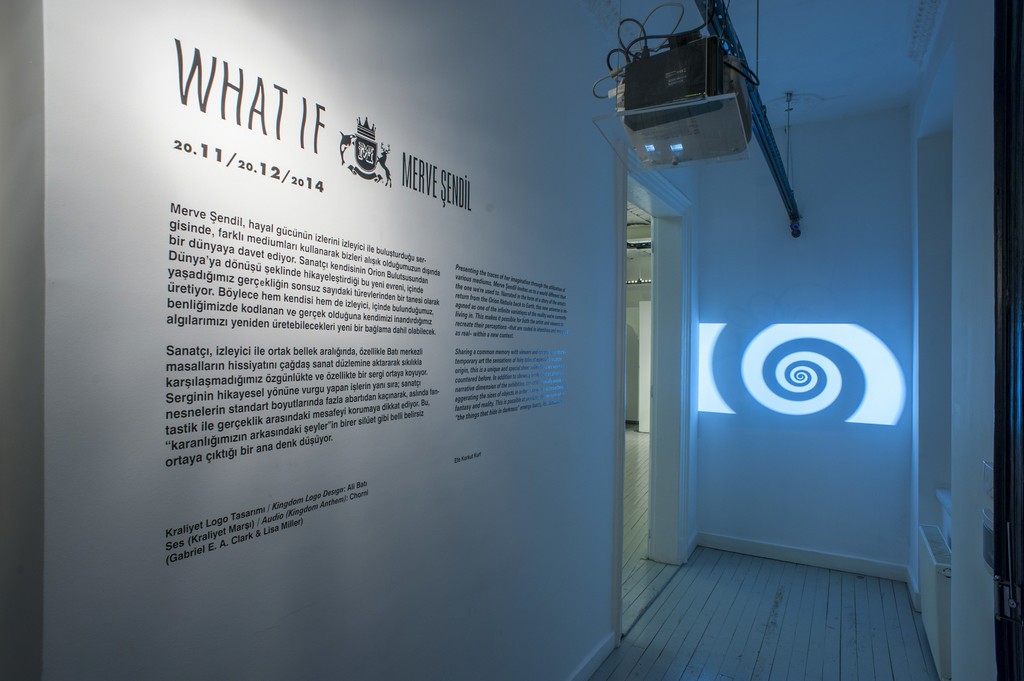 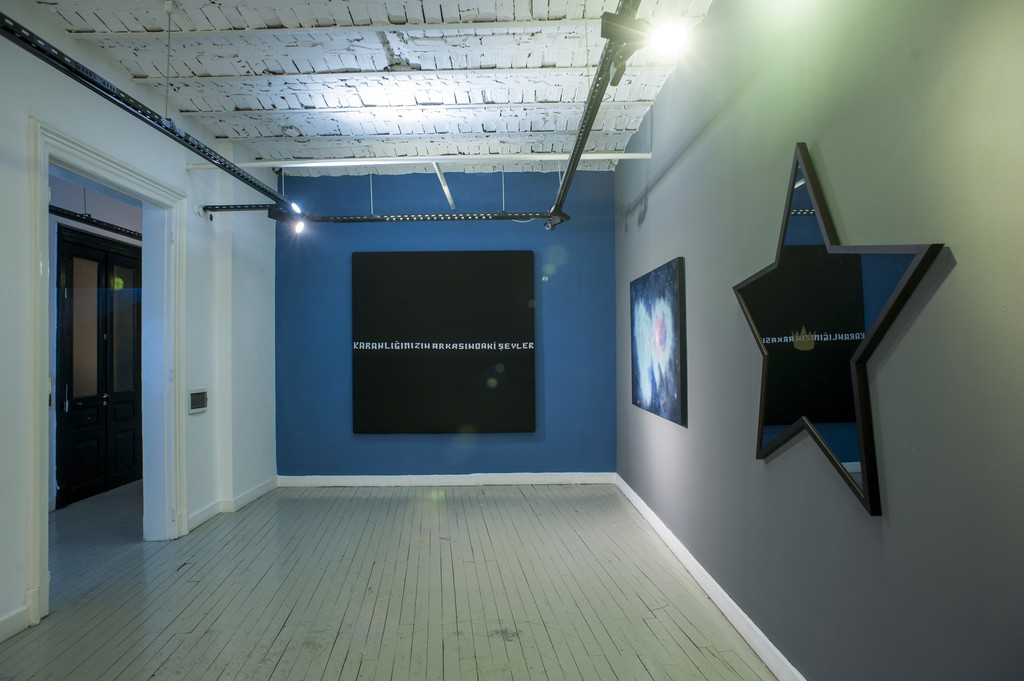 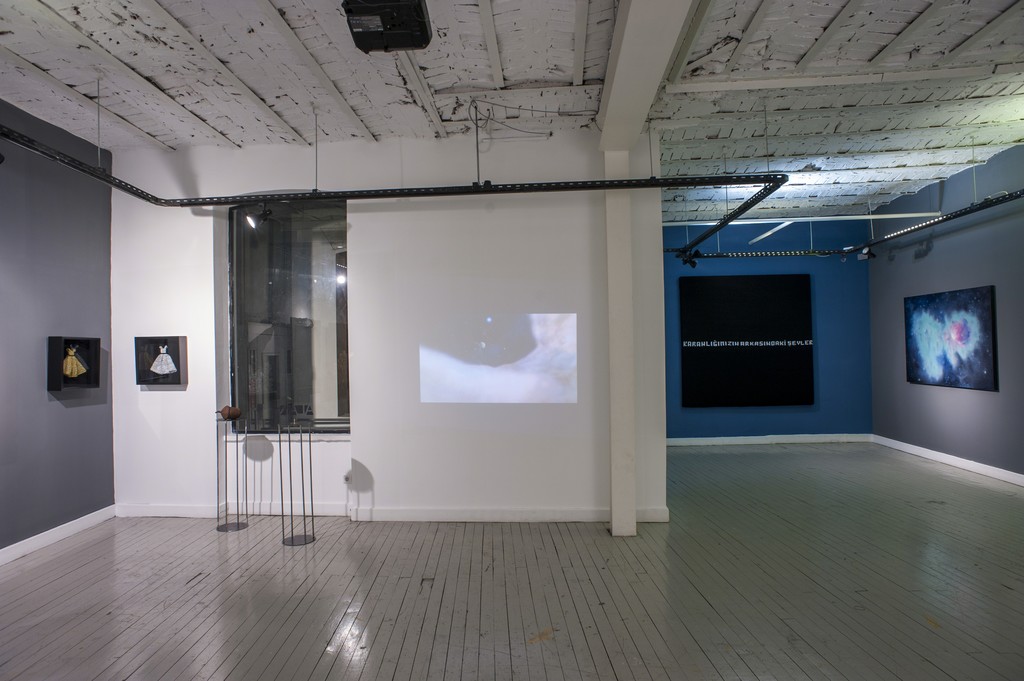 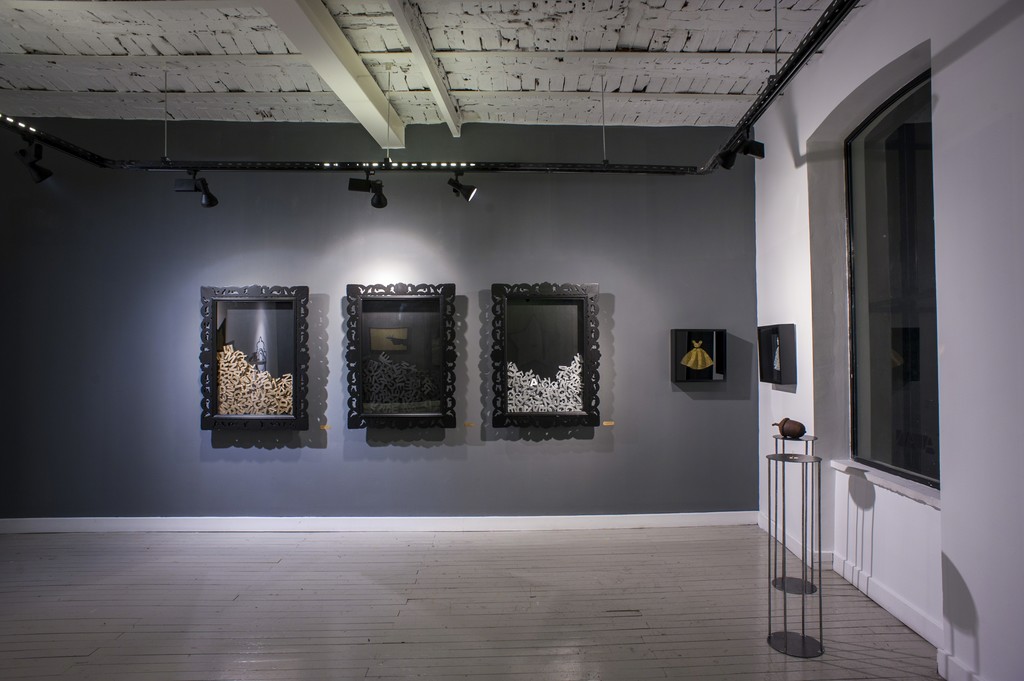 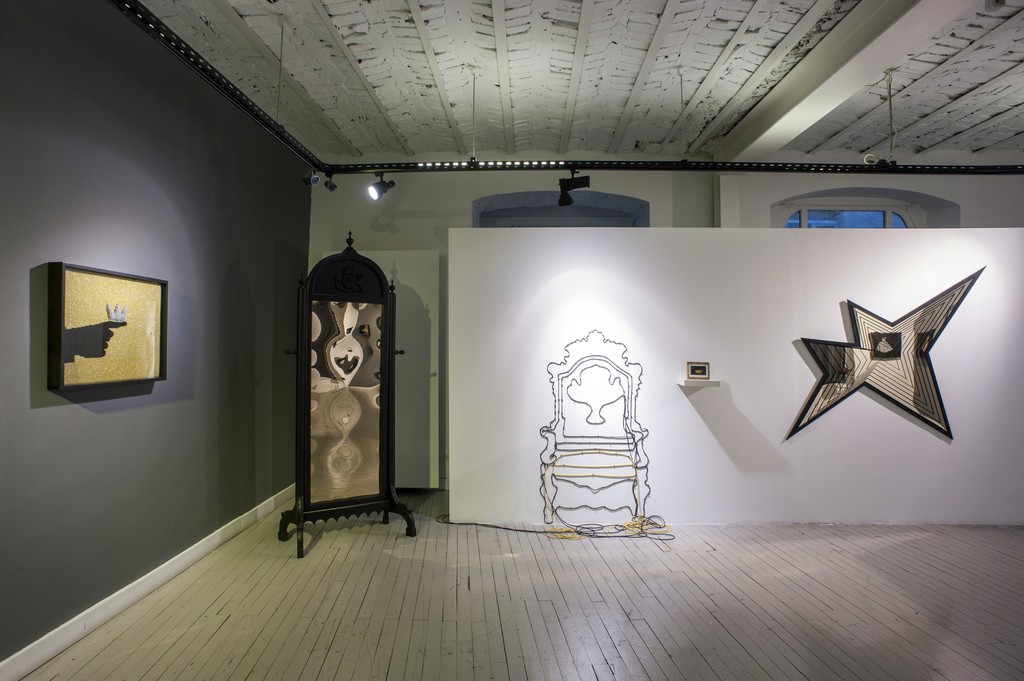 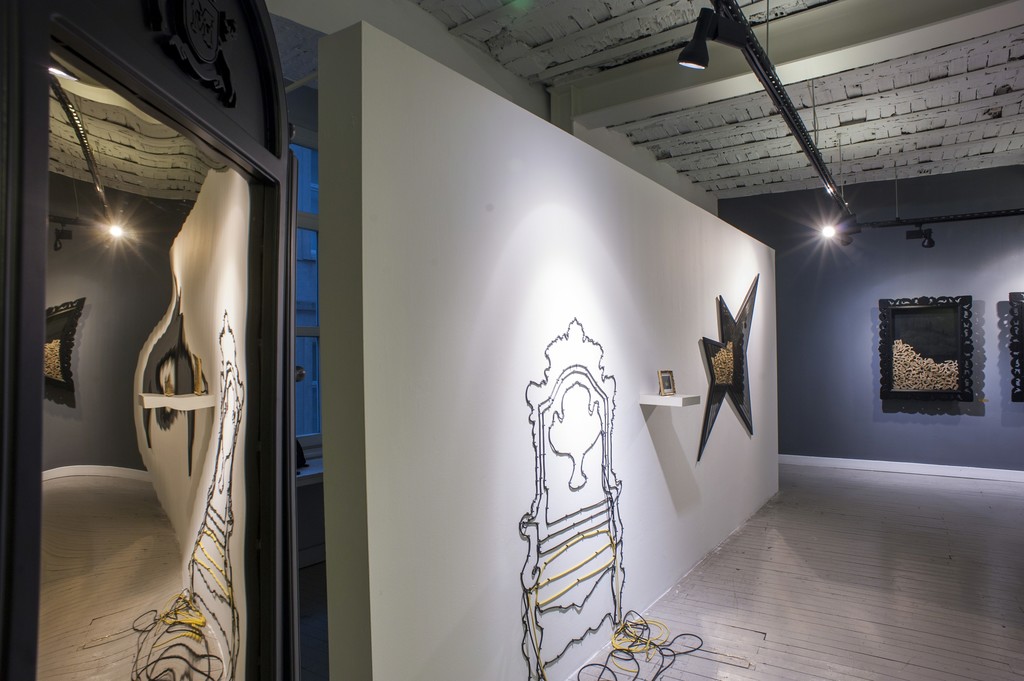 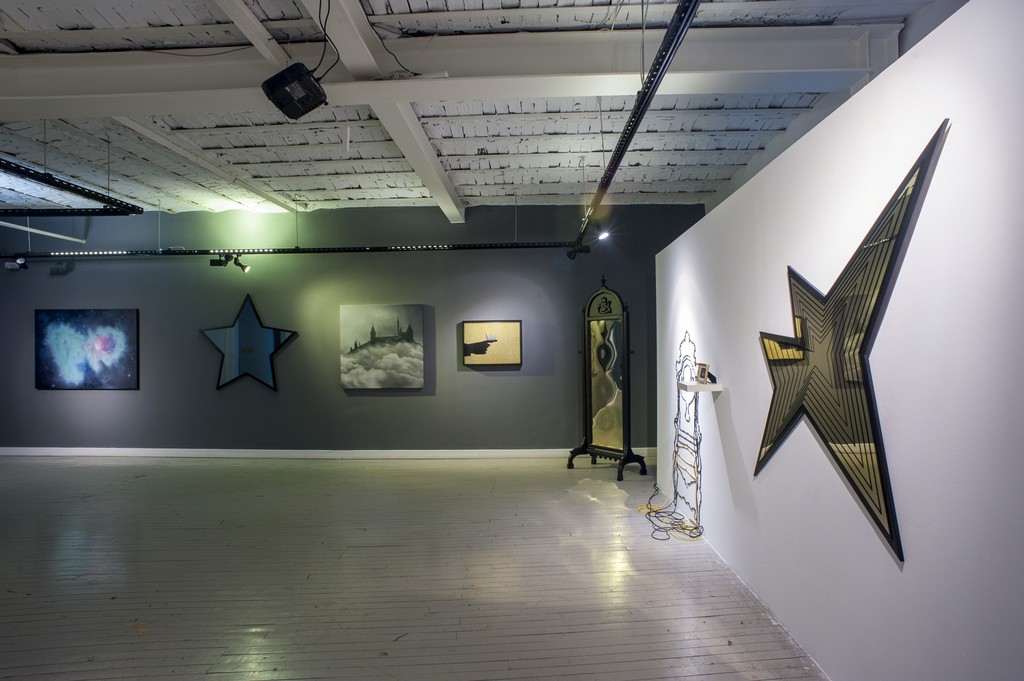 Presenting the traces of her imagination through the utilization of various mediums, Merve Şendil invites us to a world different than the one we’re used to. Narrated in the form of a story of the artist’s return from the Orion Nebula back to Earth, this new universe is imagined as one of the infinite variations of the reality we’re currently living in. This makes it possible for both the artist and viewers to recreate their perceptions –that are coded in identities and accepted as real– within a new context.
Within the space of a contemporary art gallery, the artist utilizes three-dimensional objects, painting and sound installation in order to create this new world in the form of a series of works that are at times surreal and at times mysterious. Each work functions individually while also operating as a part of the whole, in dialog with the other parts.
Sharing a common memory with viewers and carrying over to contemporary art the sensations of fairy tales of especially western origin, this is a unique and special show unlike the ones we’ve encountered before. Alongside knittings and cable-sound installations as in her previous shows, Şendil also presents oil paintings on canvas, custom-designed ready-made sculptures and framed visual works that were also designed by her. In addition to showing works that emphasize the narrative dimension of the exhibition, the artist carefully avoids exaggerating the sizes of objects in order to keep the distance between fantasy and reality. This is possible at precisely the moment when “the things that hide in darkness” emerge faintly, like silhouettes.
Including clues about her life in between two worlds, Merve Şendil’s show “WHAT IF” can be seen in both the main gallery space and the project room of ALAN Istanbul between the dates 20 November 2014 and 20 December 2014.of ALAN Istanbul between the dates 20 November 2014 .and 20 December 2014