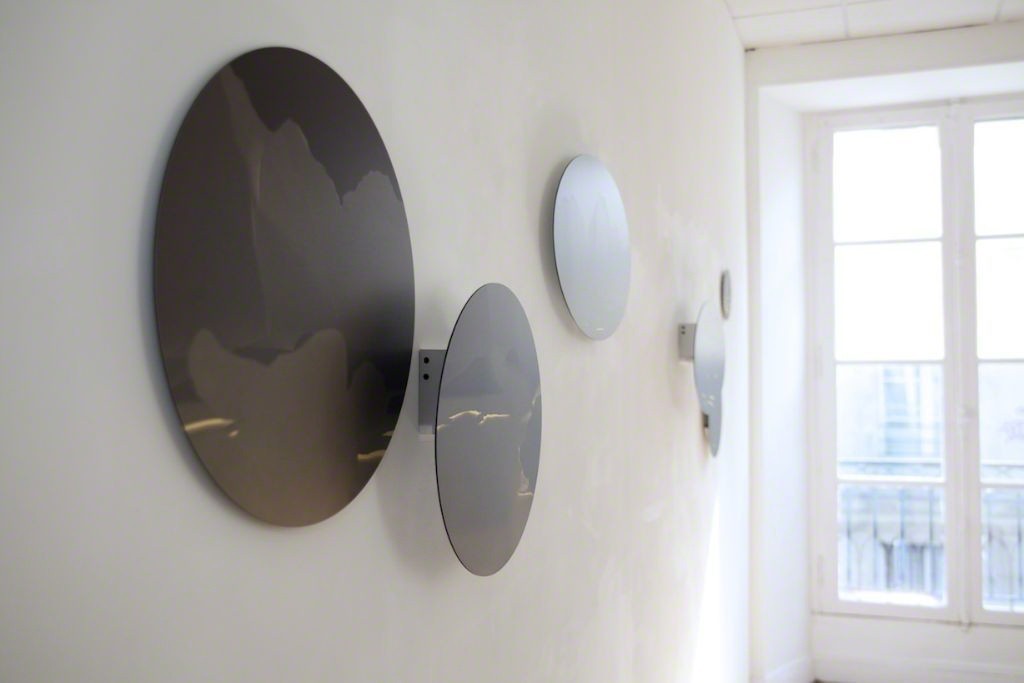 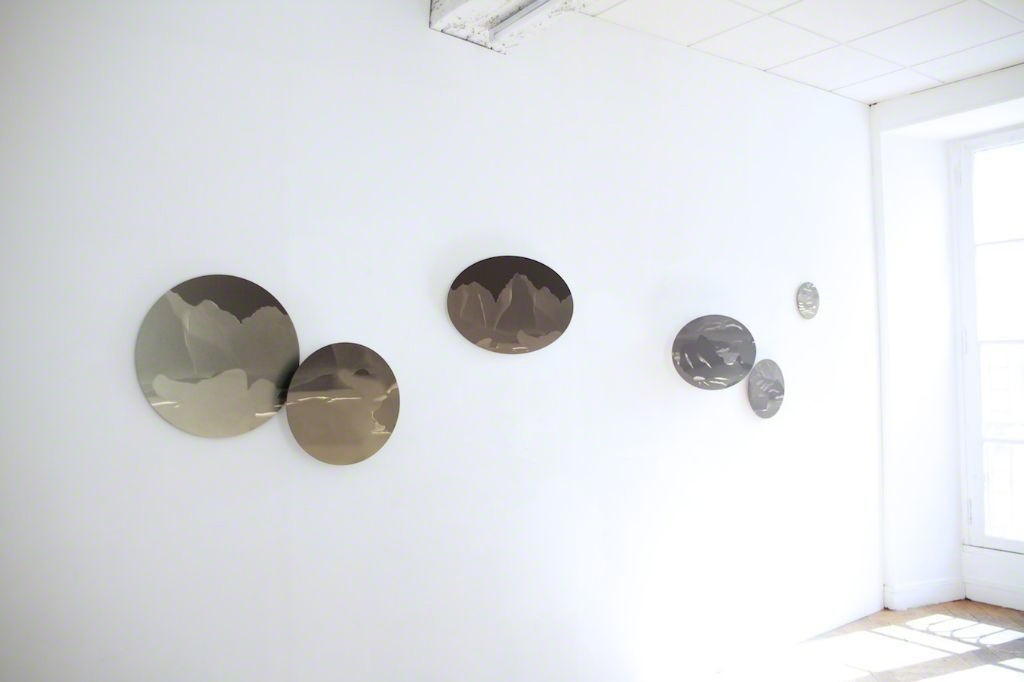 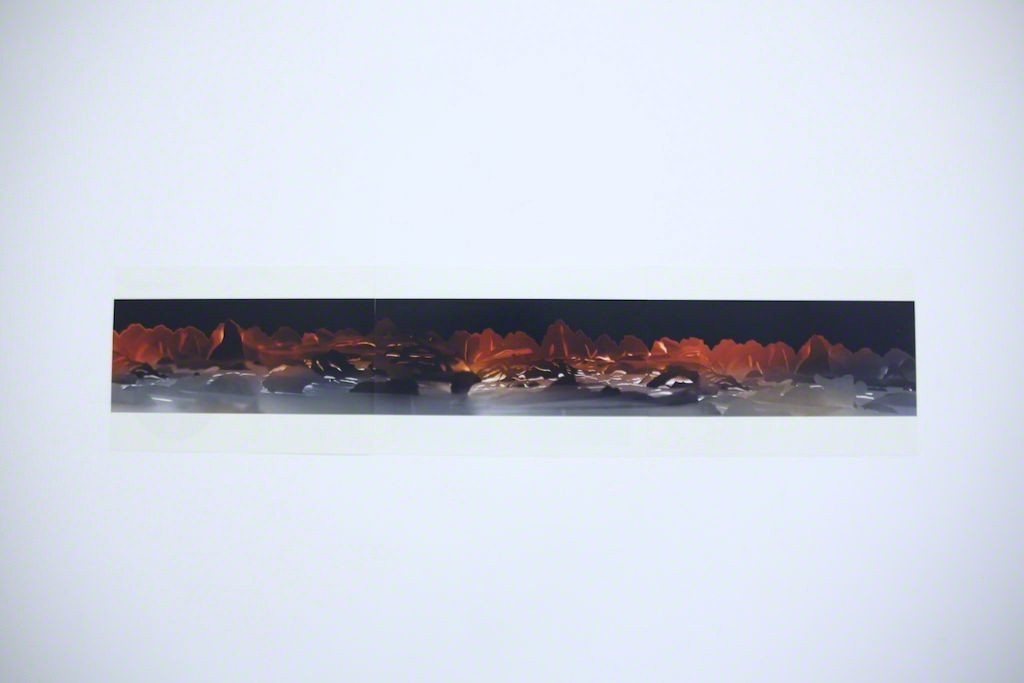 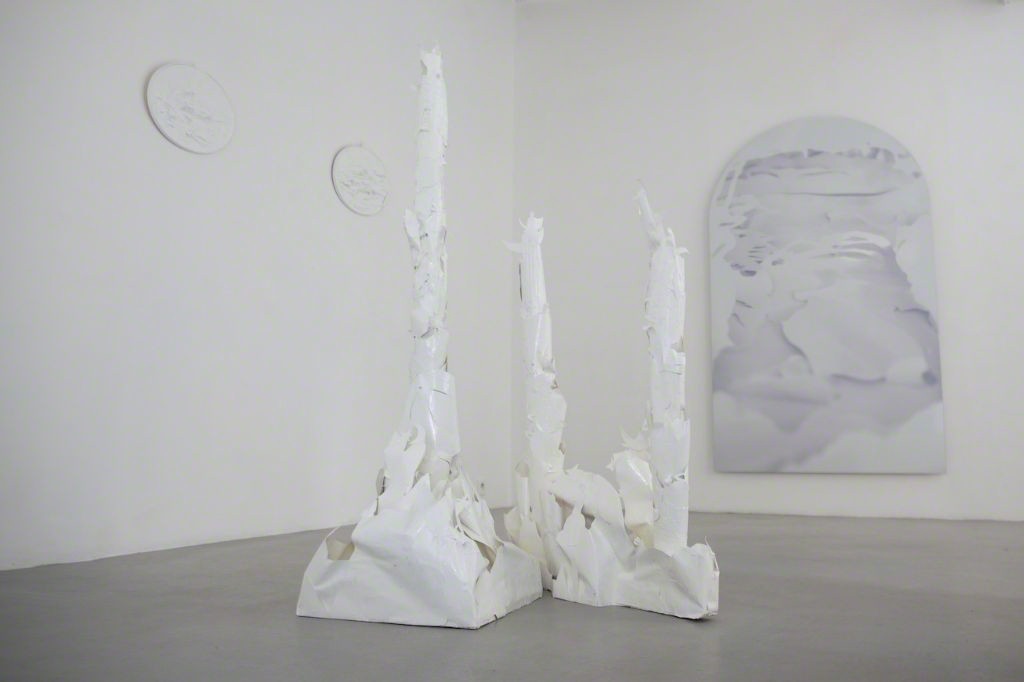 Let us learn to depart from the field of vision that we usually impose upon the world with an unconscious authority. Let us learn to push back the omnipotence of the gaze on everything; and to accept the necessary blinding in order to appreciate invisible places.
Through an internal voyage and a sensory and sensitive experience, Gayle Chong Kwan invites us to do this through her works in Blind Vistas, with the moon - sister planet of the earth, enigmatic star, its legendary fantastic imaginings, its marble and battered solitude in the star spattered sky - that constitute the exhibition's leitmotiv.
The story begins in 1839, when John William Draper, an English scientist and thinker, decided to photograph the moon as a way to try to understand it better and potentially even to possess its truth through its photographic portrait. What remains from this gesture, apart from the scientific and technical prowess, is indeed aesthetic, almost affectionate - to take the portrait of a star, like one would take the portrait of a beloved being before he or she vanishes into the night. One thinks of the earliest daguerreotypes capturing faces that no one had ever seen that way; 'new' faces which were immortalized by the machine with traces of light on a silver plate. When Draper photographed the moon, revealing its craters and rough recesses, perhaps he was conscious that he was sealing an eternal and legendary image, one which unites moon and night, revelation and disappearance, where through the photographic process, moon and sun finally unite in one image, before the eclipse that one day or another will succeed in separating them again. Gayle Chong Kwan takes the role of a guardian over this impossible union, and decides to see in the darkness, to turn the blindness into a strength, in the most physical and corporeal sense. To see in blindness becomes a means to summon worlds and imaginary lives, to travel back to one's childhood, that territory of blurry images that emerge as memories whose form we cannot restore. Whether we want to or not, the shapes remain undefined, opaque, moving, but the visual sensation is strong and persistent.
The moon becomes a metaphor for the blind vision. First of all, it is an island territory, an isolated place, devoid of all human presence, confronted with infertile seas seen from the shores of the earth over hundreds and thousands of kilometres. And Gayle Chong Kwan likes islands: She turns them into non-places that are not found on any map; dark and strange territories that she has already orchestrated in the series The Obsidian Isle (2011), for which she created scenes of melancholy and romanticism between photography and sculpture: ruins and remains of ancient geography in a violet or reddish hued twilight.
Today, the theatricalisation has disappeared in favour of purity, of oval and round shaped photographs like Renaissance tondos or keyholes, to suggest moon landscapes rather than showing them. "I created a large panorama of versions of moon landscapes, in a way that the scenes we see becomes iridescent like liquid gold", explains the artist, who creates photographs that remind us of inversed mirrors; as if to project a vision instead of receiving its reflection. These gold mirrors are based on images from the works of Méliès, particularly his Voyage dans la Lune, to whom Gayle Chong Kwan renders homage when emphasizing the extent to which the artisanal aspect, regardless of perfection, permits the emergence of emotion and the access to phantasmagoria. She also refers to the photographs by James Naysmith and James Carpenter, who in the 19th century published
The Moon: Considered as a Planet, a World, and a Satellite, a photographic and astronomical investigation that unleashed the star's poetical, theatrical and pictorial potential.
Gayle Chong Kwan is particularly interested in the mechanisms that create illusions and parallel worlds, to make us observe a magical world, speechless like children and forgetting the distance that separates us, with the strong will to believe, to be fooled, by a dream's deception. She thinks of Louis Daguerre's dioramas, of the fascinating theatrical experiences to which he subjected his audience; she refers to the great tradition of the magic lantern and to the enchantment we feel in the face of projected, 'empowered' light that carries moving forms in its rays with the appearance of similitude of life itself.
Nevertheless, Gayle Chong Kwan does not invite us to a journey into space, but to focus on the most intimate spheres instead, as if first and foremost it were in ourselves where we may find the moon that seems so far away. This introspection happens through the senses: she uses techniques that allow photographic images to be printed in three dimensional relief, through which it is possible to discover the image through touching and not only with vision. Our hands 'see' in place of the eyes: they feel the shape of the scenery; they caress the troughs and summits. Gayle Chong Kwan has used the motif of stalactites and stalagmites, those phenomena of petrification and crystallisation that appear in caves. Just like she has done before with respect to taste and smell in installations and dinner performances, Gayle Chong Kwan invents new possibilities to discover an artwork. White forms painted enamel on tactile and photographic relief-like, prints, ascend from the floor and descend from the ceiling, they oblige to physical and sensorial experimentation.
"Installed on the ceiling and the floor, the stalactites and stalagmites can be touched, or at least they evoke the tactile sense: I perceive them more as sculptures than as photographs", explains the artist.
Gayle Chong Kwan's Blind Vistas is a paradoxical journey, at the same time an enforced blindness and an invention of new approaches: flawless whiteness and cavernous darkness; imprisonment in blindness; and the opening of unknown perspectives. As if the eye could touch the moon.