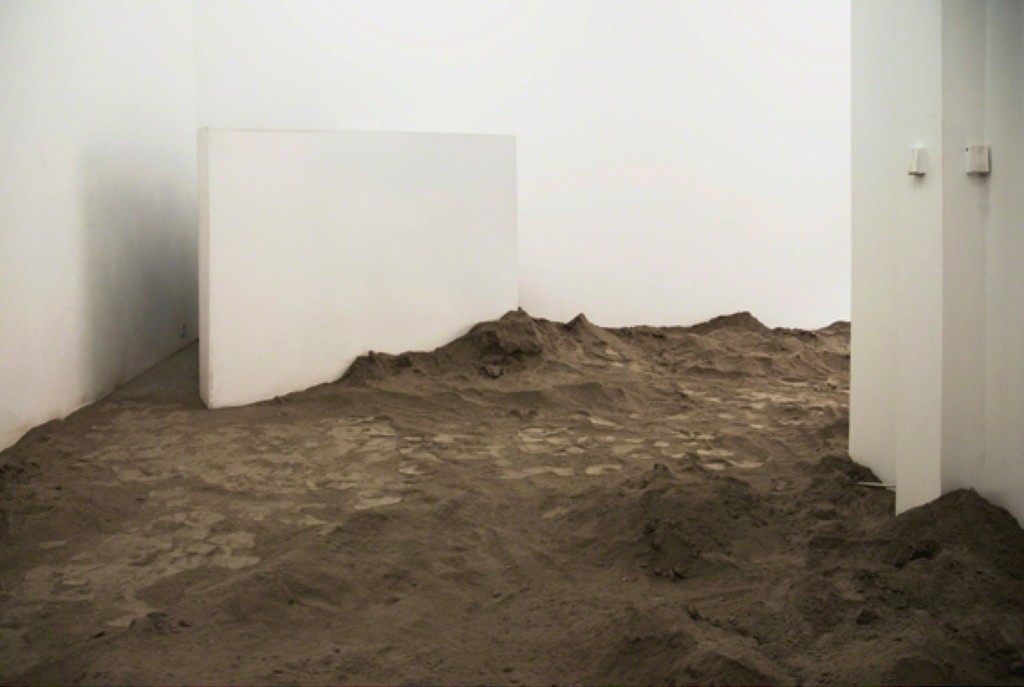 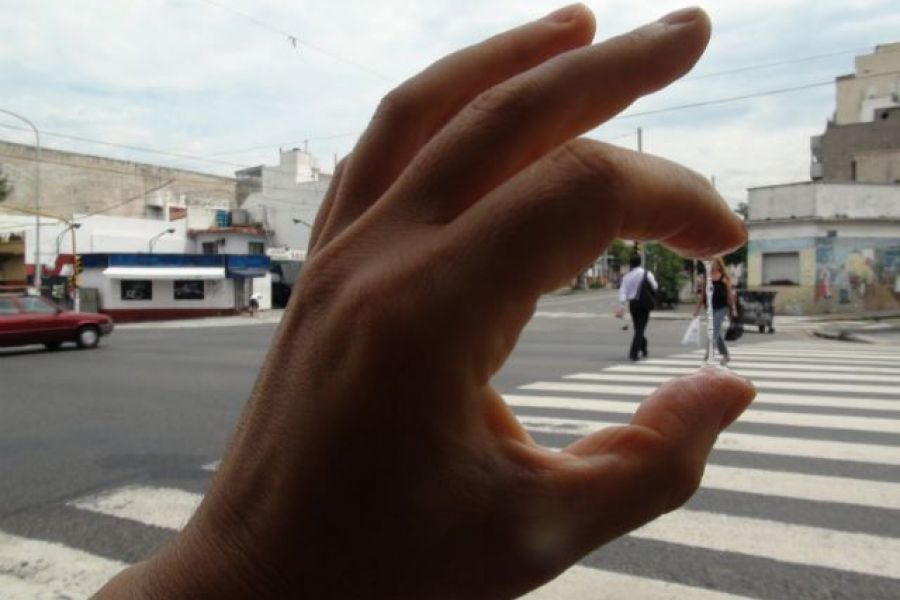 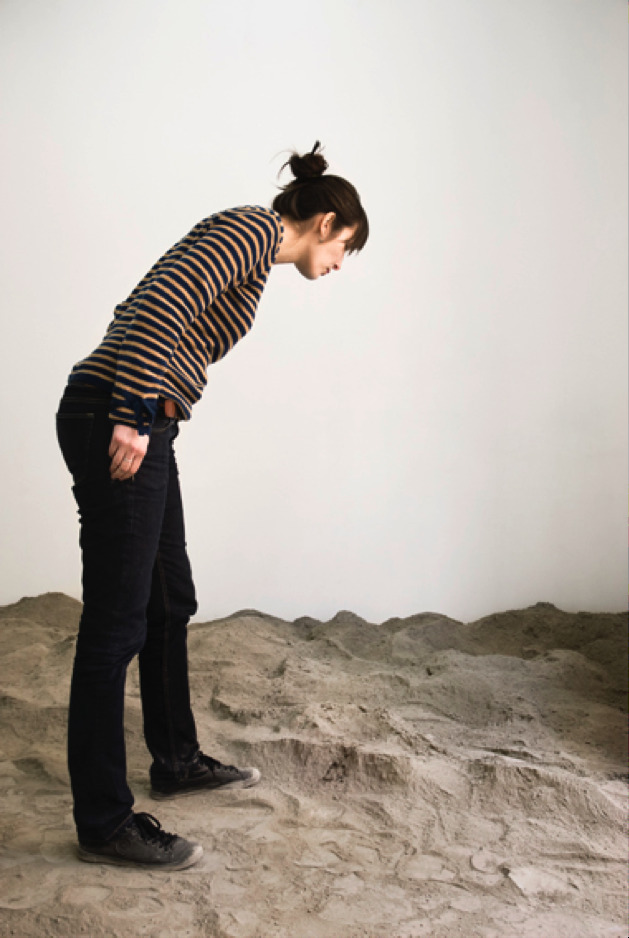 The Argentinian artist questions the relations between bodies, architectures and materials in urban, domestic and institutional spaces. She destroys social ceremonies, paying attention to the smallest of our self preservation instincts. Through subversive thoughts and illicit actions, furniture’s disassembly and sabotages filmed by a hand-held camera, her work — videos, sounds, installations, photographs and actions — put the public in the heart of her chaotic practice and her borderline position.
On the occasion of Crache! her first solo show in France Luciana Lamothe presents a site specific installation that will fill up all the Alberta Pane Gallery. Both the ground and the stairs will be covered by cement dust. A thin, diffused film, vulnerable to the feeblest wind blow, here becomes a little heap, there a compact and bulky pile. Reminding a lunar landscape, came out from the concrete mixer, the installation is minimal and poetic. The artist gets a new possession of this remainings of material and, thus, she invites us to participate to this transformation. Spit. Spit! But spit!! she seems to tell you. The dust could never become cement, unless someone humidifies it. An invitation like that, with his potential realization, changes the visitor’s glance and his placement in the space.
Desfasaje (2011, 30”) is a sound piece in loop, whose metallic voice with her intrinsic echo, are excruciating. Placed in the gallery cellar, the track is audible in the exhibition spaces, but also from the street: the sound comes out from the ground of rue Saint Claude’s pavement.
The video Caja Tarro Silla Marco (2011, 6’52) is a sensual work, without a strict narrative purpose, filmed in the Argentinian countryside. There, the artist realizes some actions with mechanic means and industrial objects in a natural but also polluted environment. Various blurred landscape shootings, the instability of the hand-held camera and the continuous change of the point of view, generate a convulsive and rough rhythm.
During the opening, Luciana Lamothe will perform a series of actions, that will not have a previously fixed date or a place.