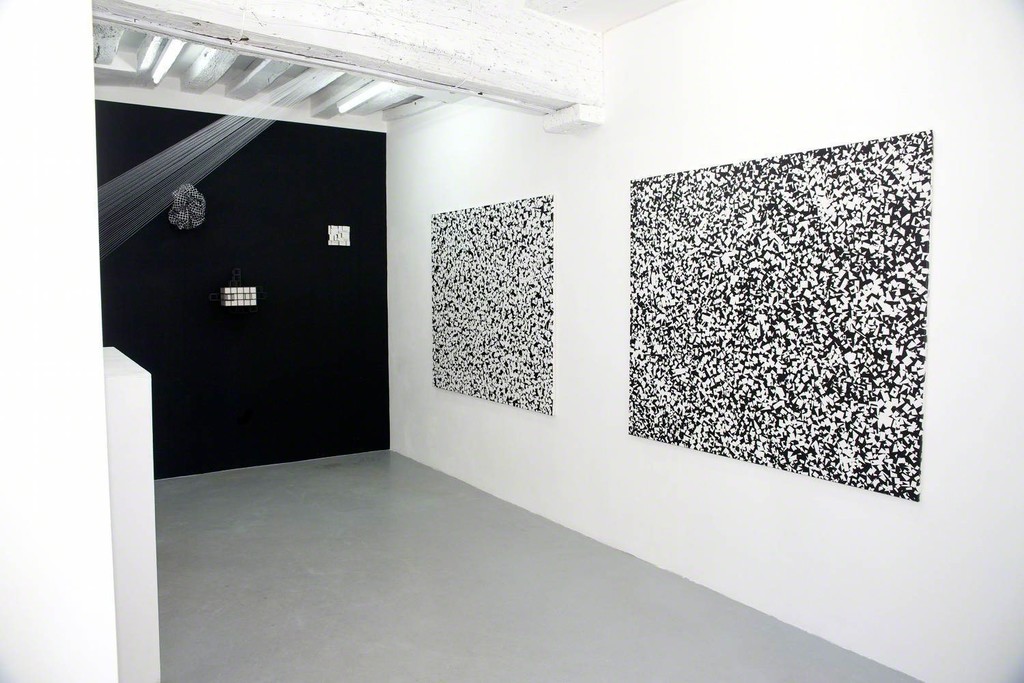 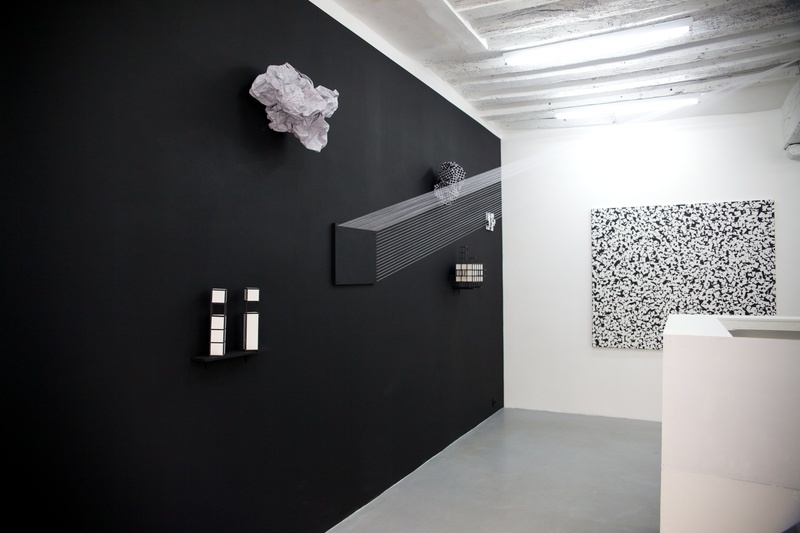 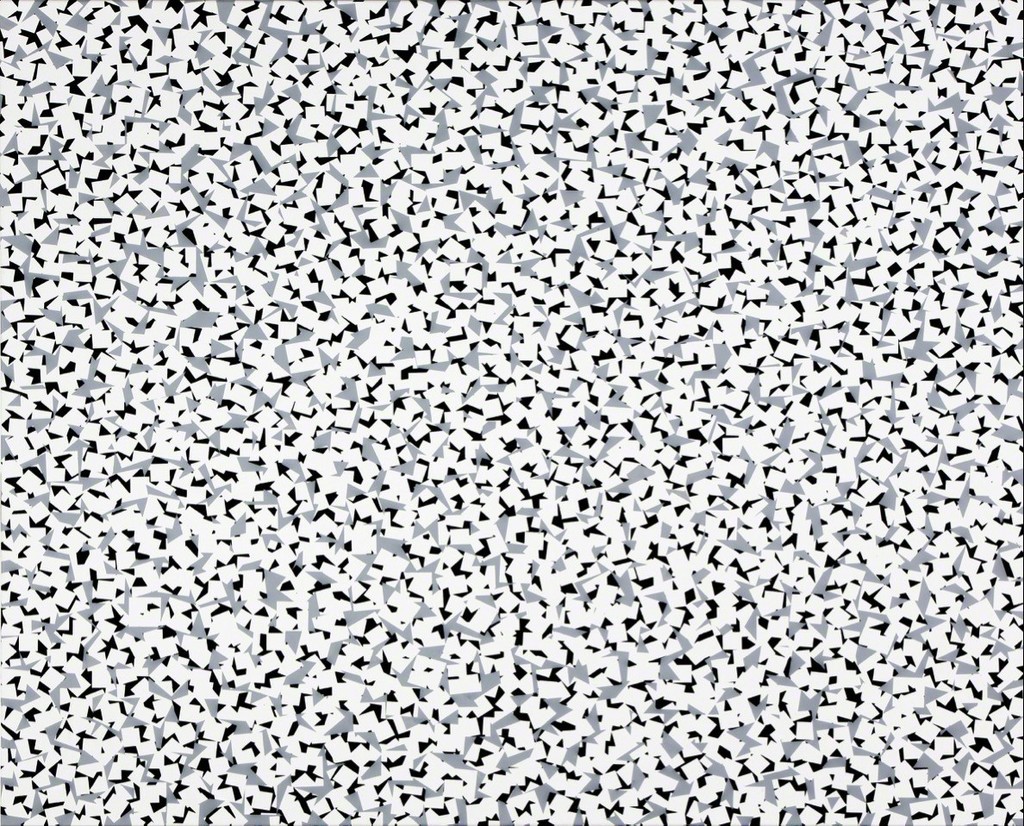 Alberta Pane gallery is proud to present the second solo show of the Italo-Austrian artist Esther Stocker.
For her first exhibition at the gallery, she completely occupied the space with a big installation of black tape, appearing as a three-dimensional projection of her paintings. This "geometrical railing", interrupted by cuts, broke the rhythm and the geometrical order of the gallery, and generated a new perception of the space. The gallery itself became a work among the works.
For this second solo show, the artist presents a series of works that have never been exhibited before : the models of her museum installations and her big format works realised in situ. These preliminary works in the realization of the projects in the urban space as well as in museums show us how from a shape, from a set of volumes, a variation of tone, color, rhythm, we manage to activate a process of changing perception and vision: Form Follows Vision.
As she describes it concerning the permanent installation recently realized in Metz for the Mazelle parking in front of the Pompidou Center: "The presence of a shape, a sign can be also important and powerful as the absence of shape. The weft demonstrates that a structure is always something else than the sum of the parts. The 'imaginary' character of the motive has to awake the curiosity of the beholder".