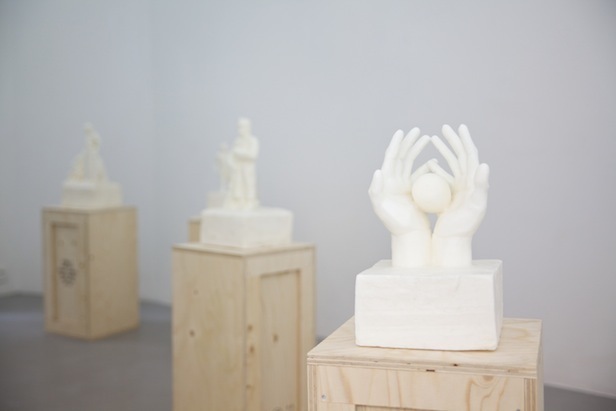 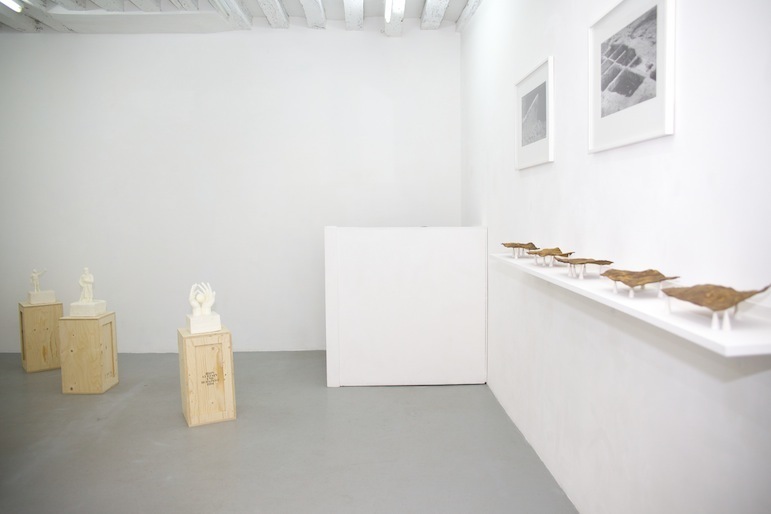 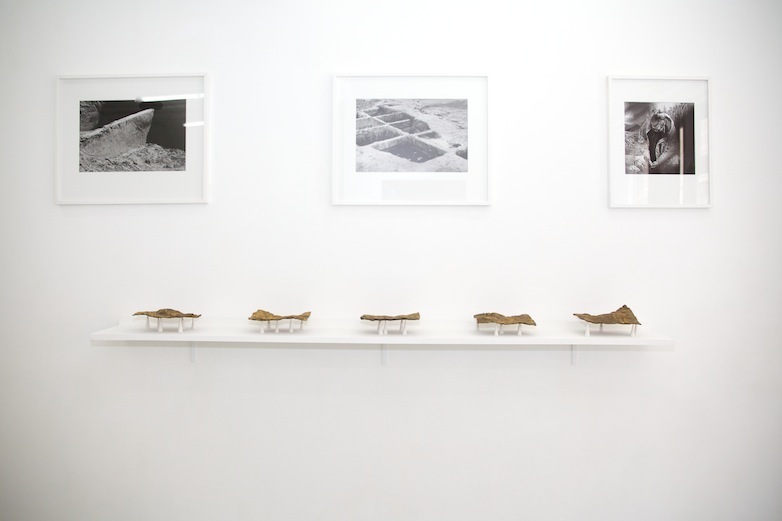 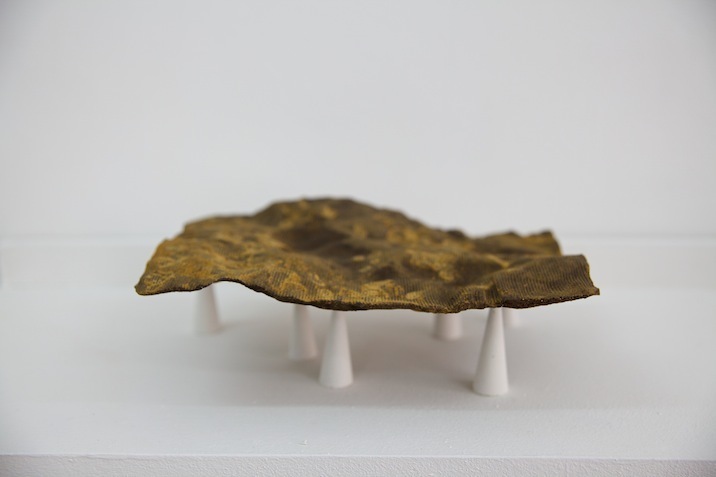 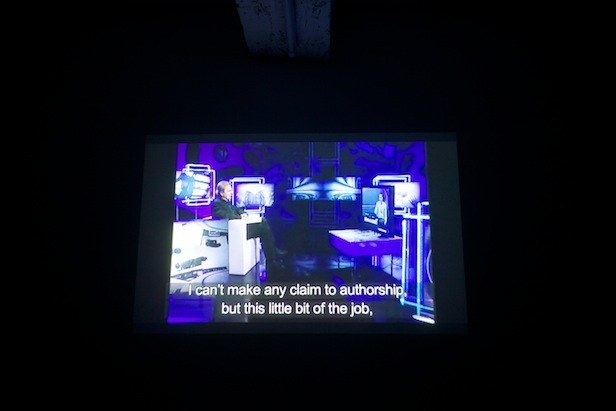 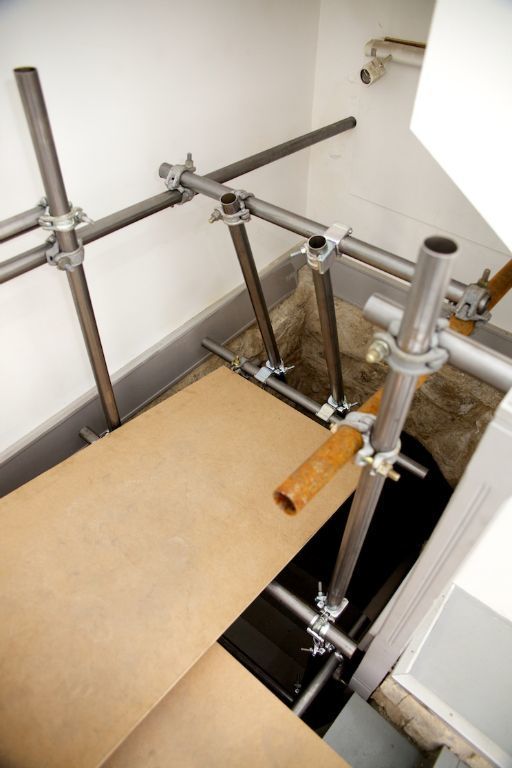 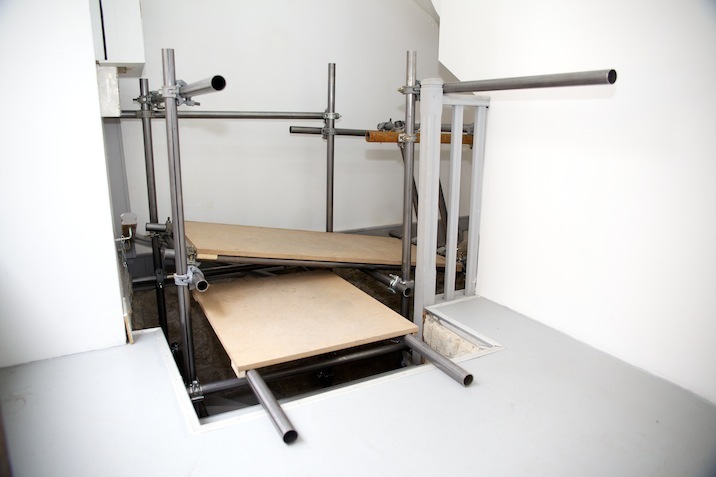 "Historico-vagabond" offers instant rewriting of history through the visionary thinking of José Noriega, an Argentine theorist who settled in the United States in the early twentieth century. Friend of both Sigmund Freud and his nephew Edward Bernays, Noriega had realized early on that conflicting accounts could arise from a single theory. He decided to falsify history to create a better world and make people happy, willingly or unwillingly. He organized sessions of individual and collective hypnosis during which he could change traumas into happy memories, influence the future by revisiting the past, and rethink the present with regard to the future. José Noriega’s mind is the theoretical framework of the exhibition; a section of archival material is dedicated to him. The artists in the show relate to history and its renewal, they question rigid methodologies with fictionalization, appropriation or infiltration, searching in the past a way to vitalize the present; rewriting the present to allow a space for a new immediate future.
Luciana Lamothe receives the audience with a platform for awareness. Working with construction materials that exude a concrete feeling of functionality, she opens an alternative void just before the exhibition begins; an invitation to get lost inside a mysterious black hole. Jasper Coppes has been participating in the proceedings of uncovering remnants of ‘Linear Pottery Culture' in an archeological site around a small Belgian town. Intrigued by the idea that relics like these can evoke a feeling of authentic and instantaneous contact with the past, Coppes finds himself involved in an act of historical falsification. It is his belief that atypical artifacts, as secret passengers aboard the ship of time, are most capable of generating a ‘sublime historical sensation’. Charlotte York is an old cinema actress, stripper and baby-sitter, currently working as an artist.
The poster on the stairs, My doppelganger (Ryan Gander), works as a reference to her own past, both to her cinema career and her mastery as a pole dancer. In The United States of America, around the 1920s, Edward Bernays organized a national competition of soap sculptures, which enabled the Ivory Soap Company to improve its image and rapidly increase its turnover. Jeanne Gillard and Nicolas Rivet present a recontextualized version of the soap sculptures* that recovers monuments of contemporary history that were destroyed, vandalized or removed from public spaces.
In But a Grainy Film by Fabio Kacero, Fabio Kacero modifies his own work (originally titled Totloop, a documentation of a performace he did for several years, where he lays dead in public locations) after a bad review of Ken Johnson, a critic from The New York Times. Johnson's words are absorbed in the video and turned into a song, resignifying the piece and transforming it in to an ironic ode to self-critic and self-rebuild. Dalibor Martinis travels through time to interview himself in a TV show context. A Martinis from 1978 prepared a set of artistic and ontological questions for the future, that were answered after more than 30 years by a Martinis from 2010. The projections and phantasms of the young man are faced by the experience, memories and disillusions of the artist that he came to be.
Marcos Lutyens induces the spectator into a hypnosis state with a piece titled Lure for a Dark Place. It is a film negative, a non film or anti-film; an internalized film delivered through hypnotic techniques, located inside the audience mind: screened, developed, viewed, consumed and generated, all at the same time. The work incorporates sounds from Morten Norbye Halvorsen's experience in the tundra where night-time lasts for months on end. On July 6th, Axel Straschnoy will present Notes on the Double Agent: James Jesus Angleton, part of an ongoing research about double agents that focuses on the blurred edges between historical and fictional storytelling, on the impossibility of knowing where representation ends and reality begins. The same day, Åbäke will present the collective's practice and will analyze the life and work of Charlotte York.
Consisting of historical documents, re-appropriations, fictional archives and reconstructions, "Historico-vagabond" seeks to create a temporal paradox. Rewriting history is a potential tool for positive change; rather than looking toward the future, as did the modernist utopias, we change the past in order to magnify the present, by traveling back in time to create a deviation that could offer an alternate timeline.