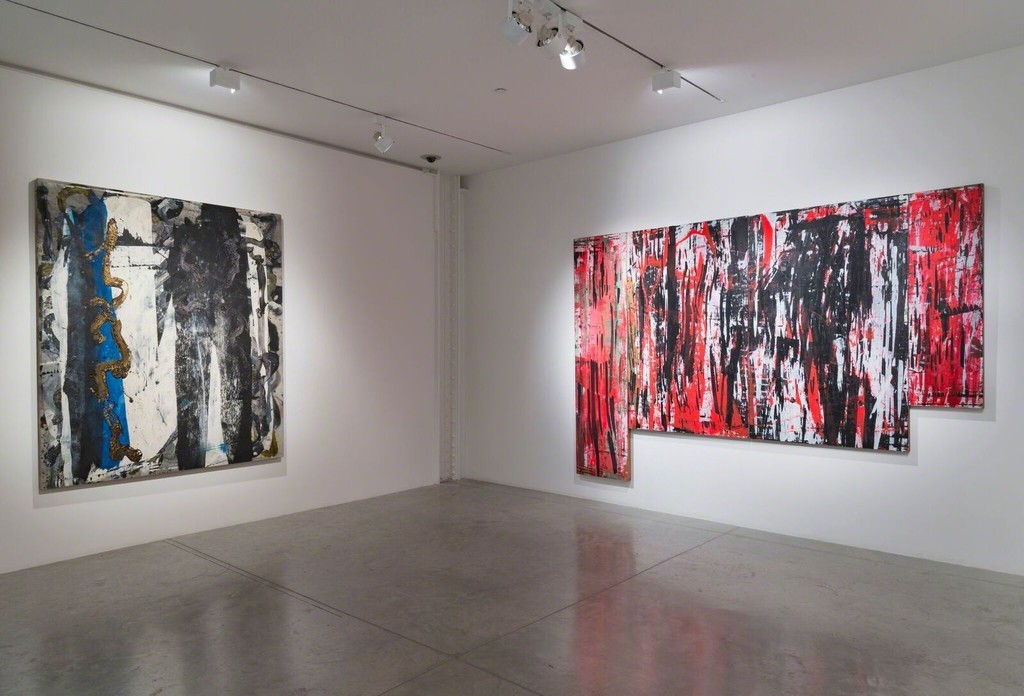 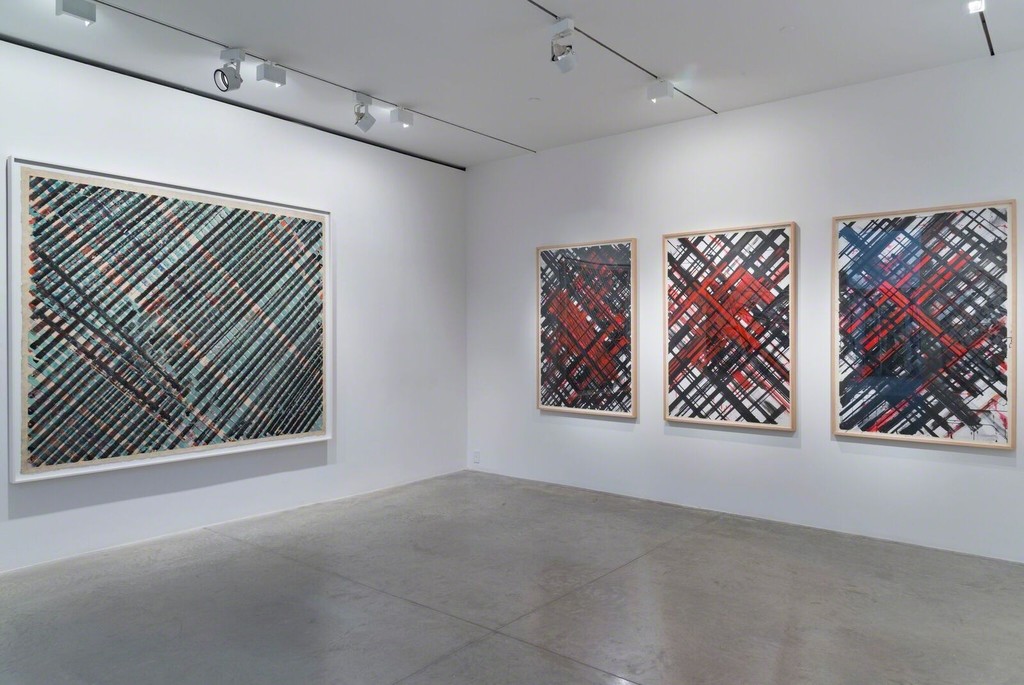 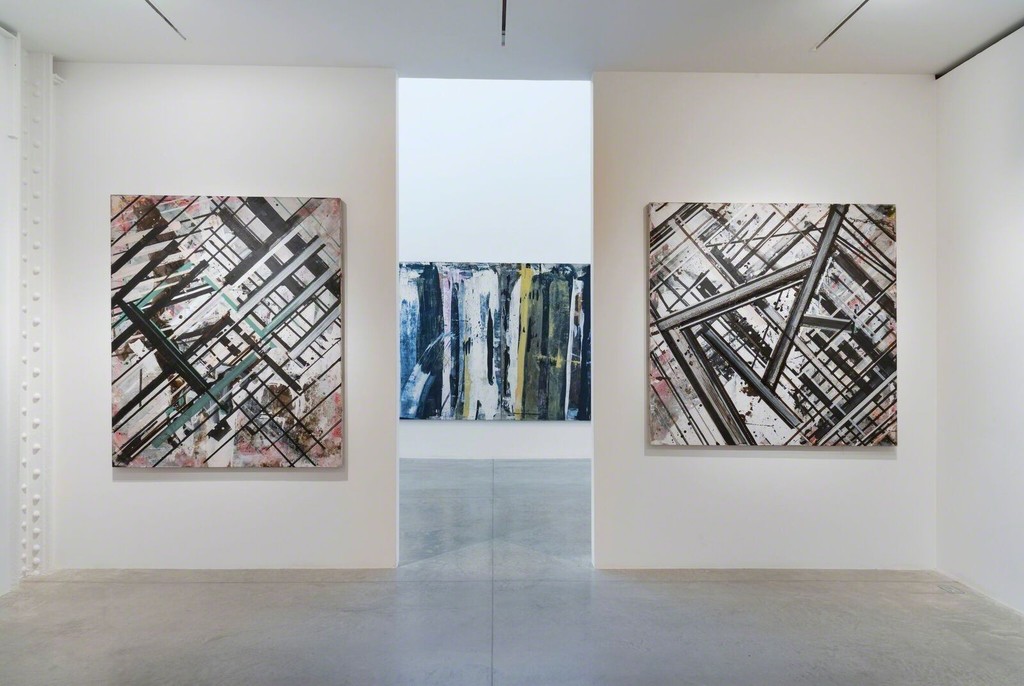 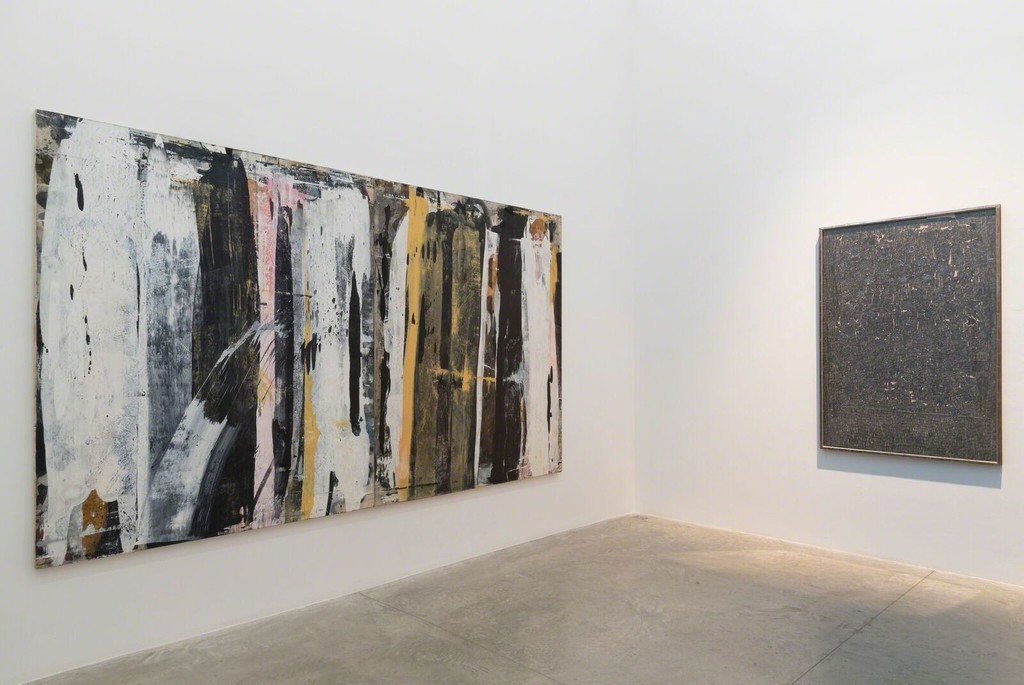 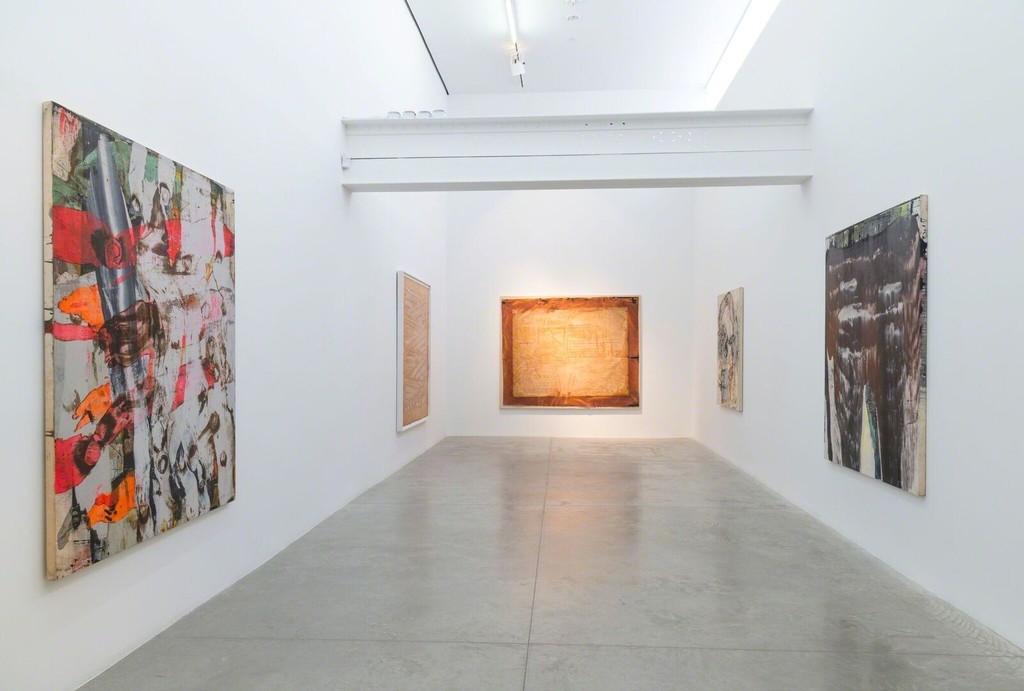 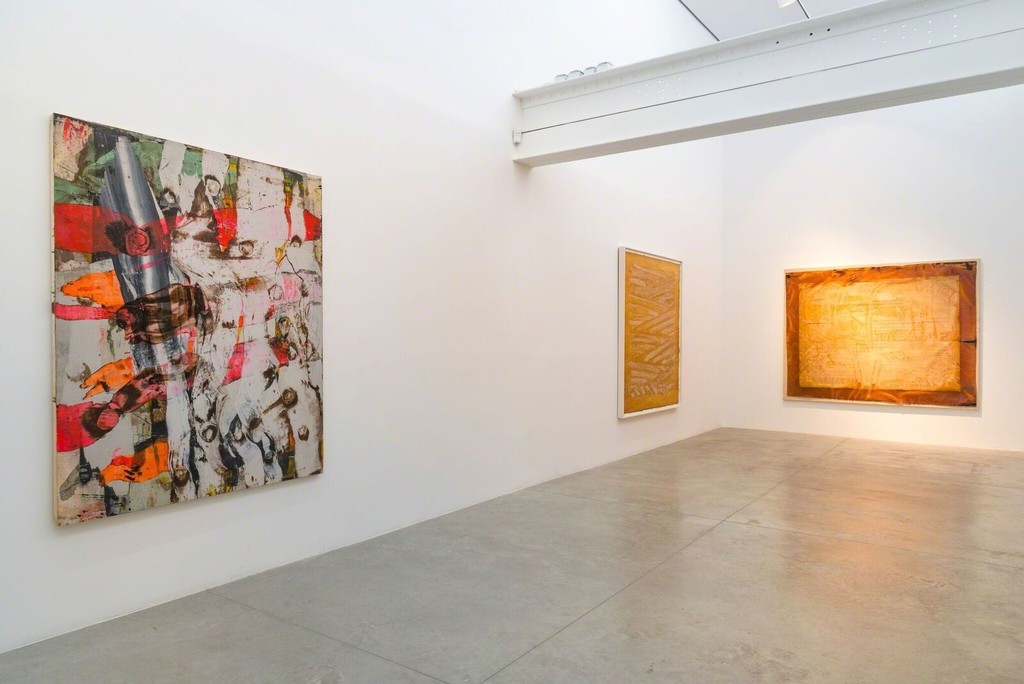 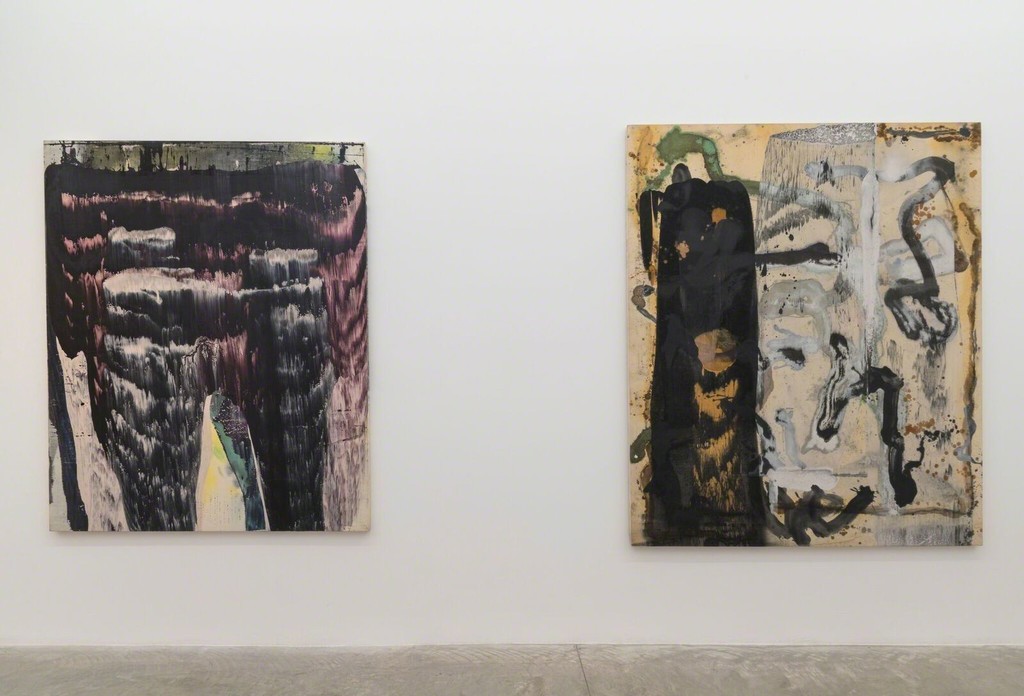 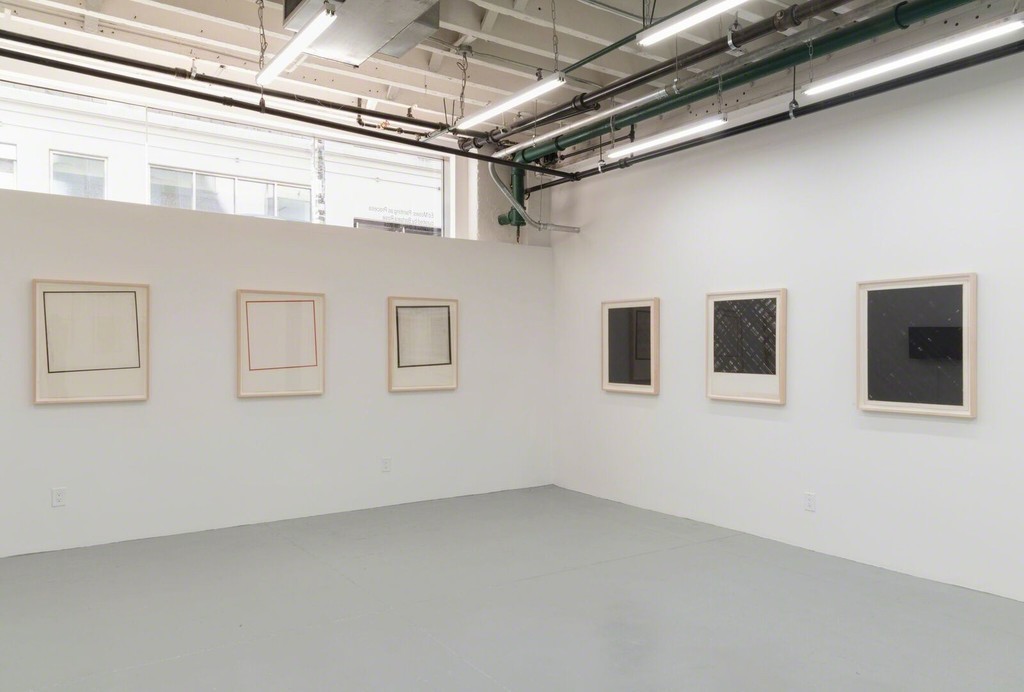 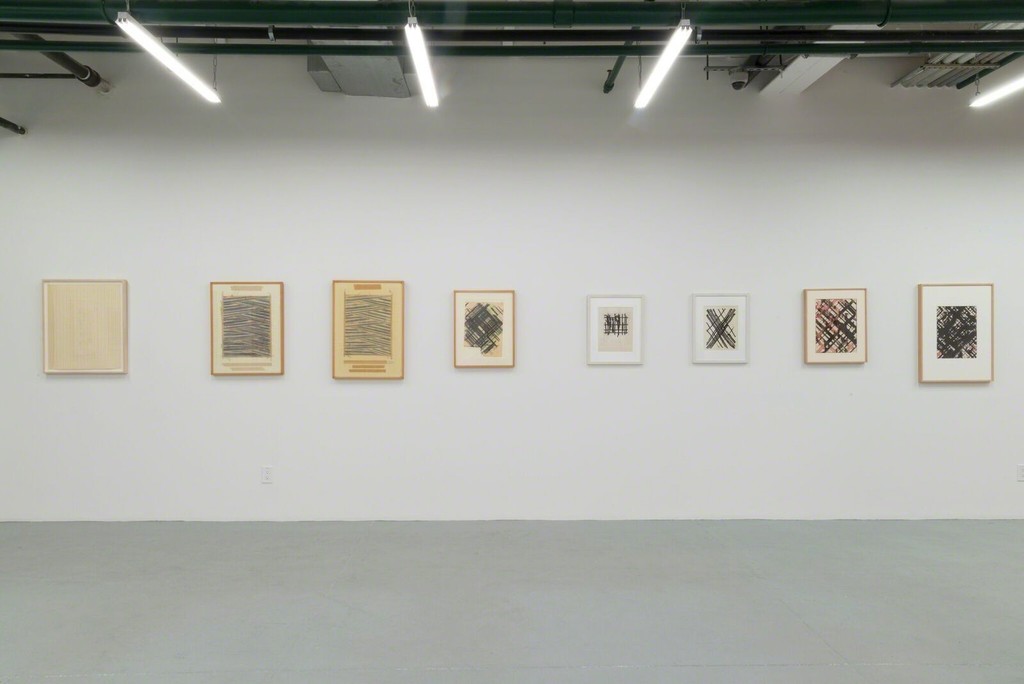 Albertz Benda is pleased to announce a major New York exhibition of paintings and drawings by Ed Moses on view from September 8 to October 15, 2016. Curated by art historian and critic Barbara Rose, the exhibition features works from 1950 through the 1990s and is the first comprehensive East Coast solo show of the acclaimed West Coast artist. Ed Moses: Painting as Process explores the common denominators linking the divergent paths the artist has explored in his expansive oeuvre over the last several decades.

Curator Barbara Rose is the author of the catalogue Cross-Section, the recent survey of Moses’ work at the University of California, Irvine. Regarding Ed Moses: Painting as Process at Albertz Benda, Rose explains:

“During the past decade, Moses’ reputation as an innovator with a unique personal style that reflects his broad knowledge of both Western and Asian art has been widely recognized in Europe and the United States. However, Moses’ singular gifts were remarked early in his career, with his first New York show in 1958 at the age of thirty-two. Now in his ninth decade, he returns to New York as an acknowledged master of contemporary art and a revered patriarchal figure on the Los Angeles art scene whose work is internationally praised. From the outset it was clear Moses was following a different path from that of his Los Angeles contemporaries. While they turned toward literal objects, he continued to paint, a medium considered a relic of traditional European art, but Moses did not paint in a traditional manner.

Moses’ large and significant oeuvre divides itself into chapters, which coincide with his exploration of many divergent paths. Nevertheless, there are common denominators linking the paths he has explored. During the 1950s, he produced atmospheric architectural drawings. In the 1960s and 1970s, he turned to elaborate rose drawings and highly structured diagonal crosshatch patterns. The zigzag patterns of Navajo blankets suggested geometrically patterned unstretched textiles that allude to the idea of dispensing with the conventional stretcher. In the 70s, Moses began experimenting with new processes and industrial materials such as polyester resin in a group of canvases on which he applied masking tape and snapped colored chalk lines onto the painting’s surface. Then he brushed resin on to the back of the canvas so the liquid was allowed to seep through the canvas.

During the 80s and 90s, Moses continued to experiment with materials and techniques, producing many spectacular effects and images. Like the trial and error of scientific research, some experiments fail or need adjustment while others successfully reach fruition. Early on, even in the highly structured resin paintings of the 60s and 70s, Moses’ central preoccupation was process and allowing accident to create surprise. Moses periodically turns his back on his own innovations, shuttling back and forth in time between themes and practices.

During the 90s, Moses turned from geometric cross-hatching to a looser gestural style. Moses began to apply pigment to canvas with a variety of tools, thus freeing himself to experiment and explore, which is central to his process of discovery. Restless and peripatetic from the outset, Moses has been process oriented; the way paint is applied is unconventional and surprising.”

“Like Jackson Pollock, Moses applies paint with a variety of non-traditional tools and techniques on un-stretched canvases laid out upon an outdoor floor. Moses pushes chance and accident to the limit, risking disorder and incoherence, and then reclaims the whole through a critical process of adjustments that are mysterious and absorbed in the completion of the work. In some works, Moses has used metallic paints and glitter to enliven his surfaces. The aim is the preservation of spontaneity; the life affirming records of gestures gives these paintings a continuing excitement that transcends the glamour of metallic glitter.

Last year, LACMA acknowledged Moses’ importance with a retrospective of his drawings. Moses’ drawings constitute a separate body of work since he does not use them as preliminary sketches for paintings. Eventually drawing is subsumed in paintings but the paintings are not based on drawings in the traditional manner because Moses’ goal is spontaneous creation not perfection. It has been said that the greatest achievement of Jackson Pollock was creating order from chaos. This has been Ed Moses’ objective as well. To do so, however, demands the capacity to sustain a high degree of risk, in itself a kind of heroism.

Ed Moses creates a dialogue between freedom and control, structure and spontaneity. But above all, he is concerned with leaving a record of the life force as he has experiences and records it. "In painting,” Moses says of his practice, “one thing leads to another. I’m not going to hang on to one when the other appears. I’ll chase that down a rat-hole... if you have two opposing elements with the right ignition, a third will appear and the original two might disappear in the gap. In the gap lies the magic."