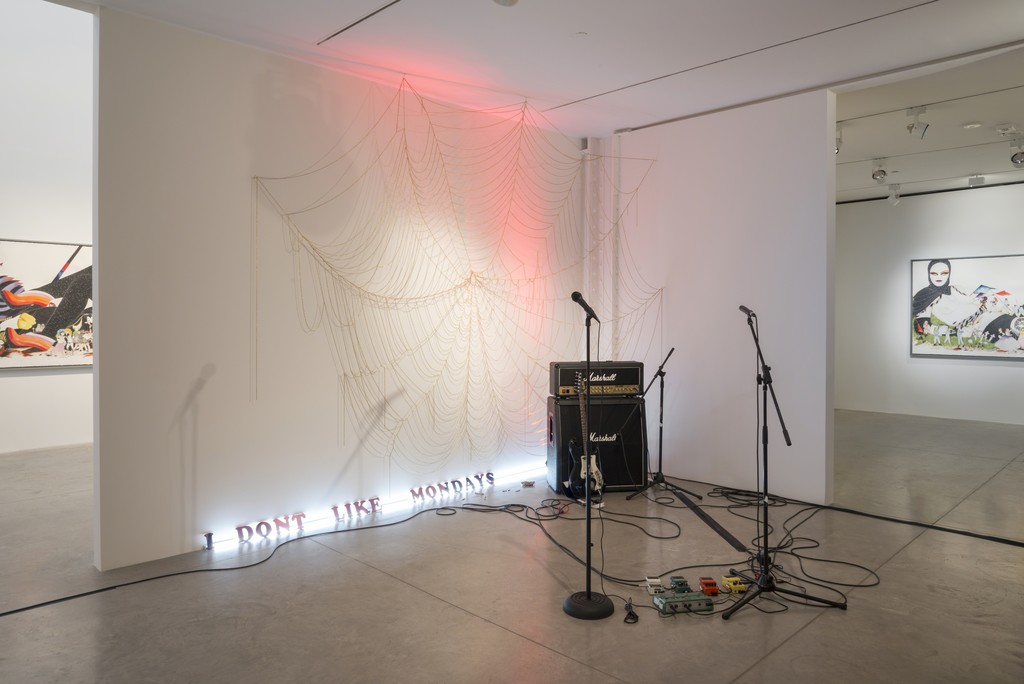 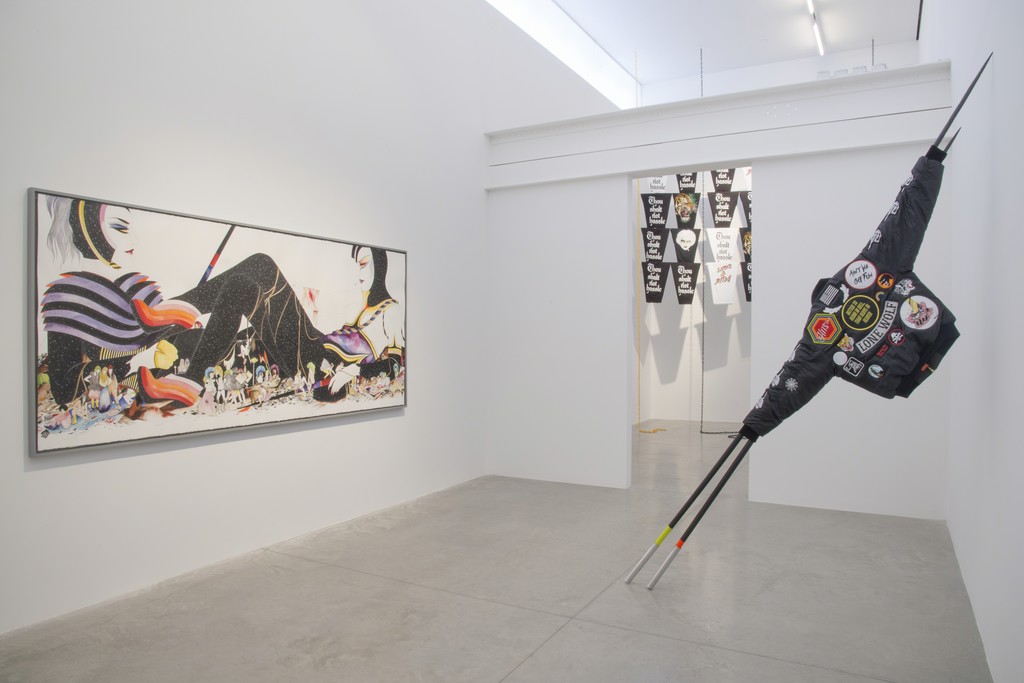 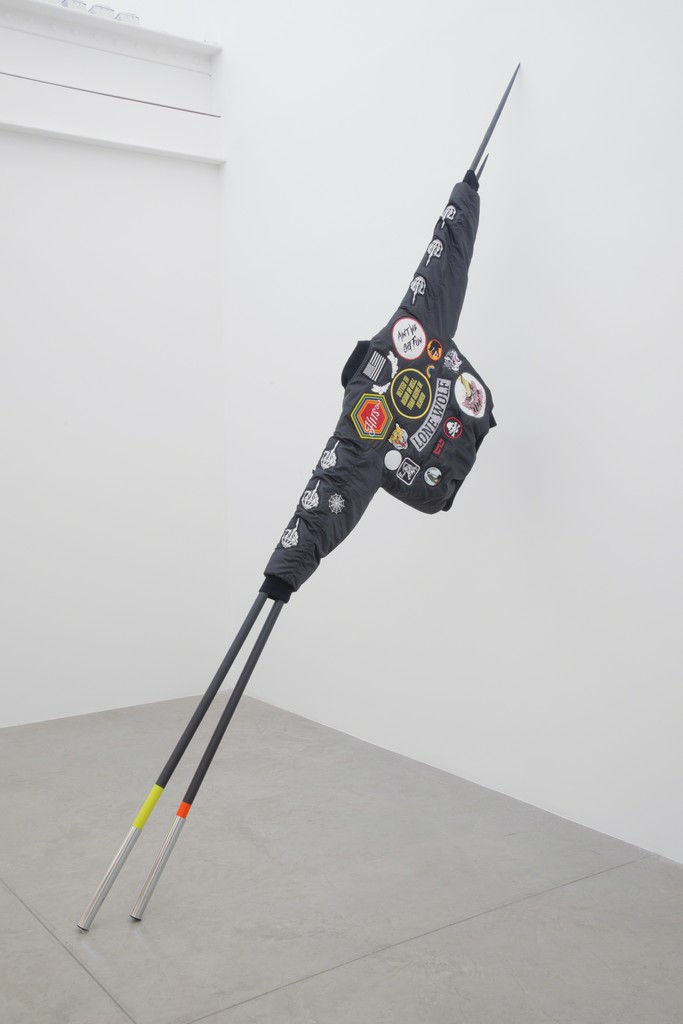 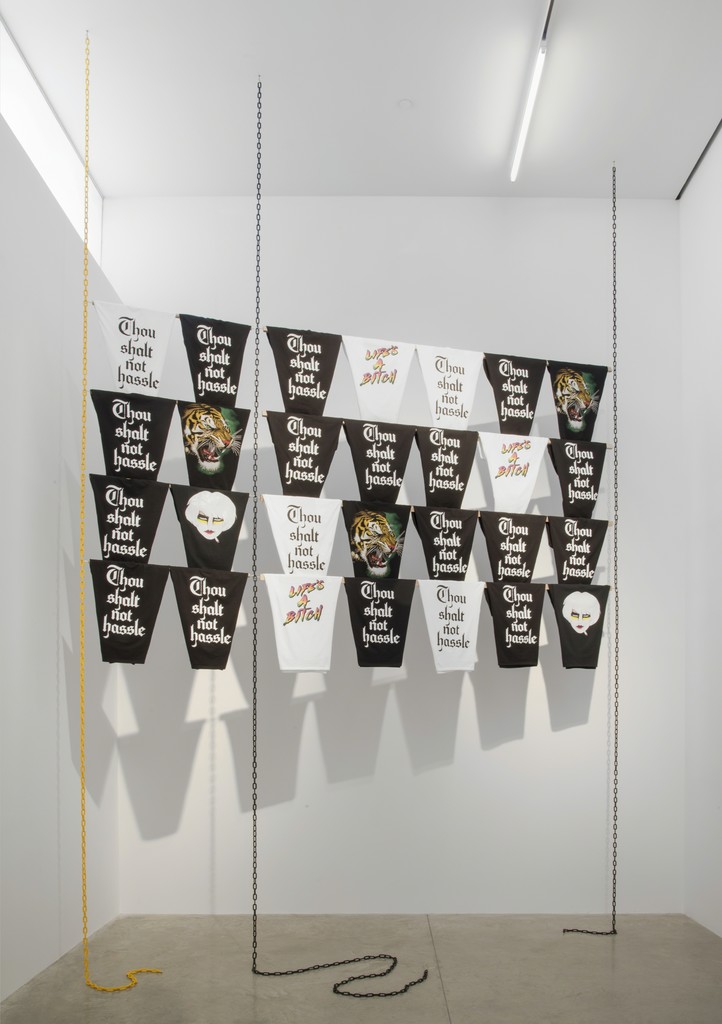 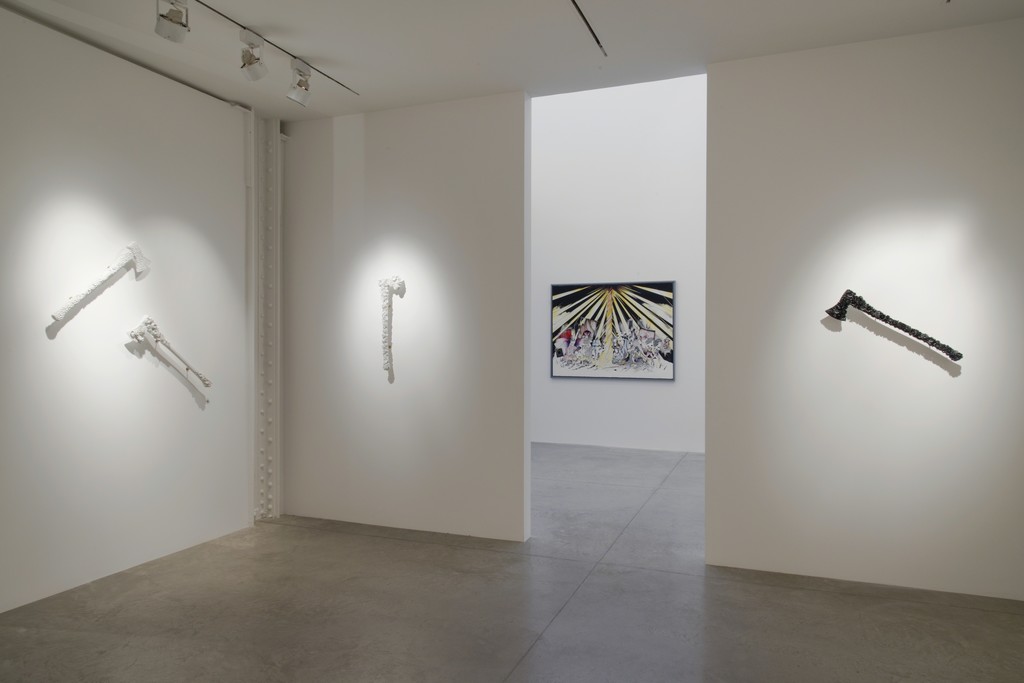 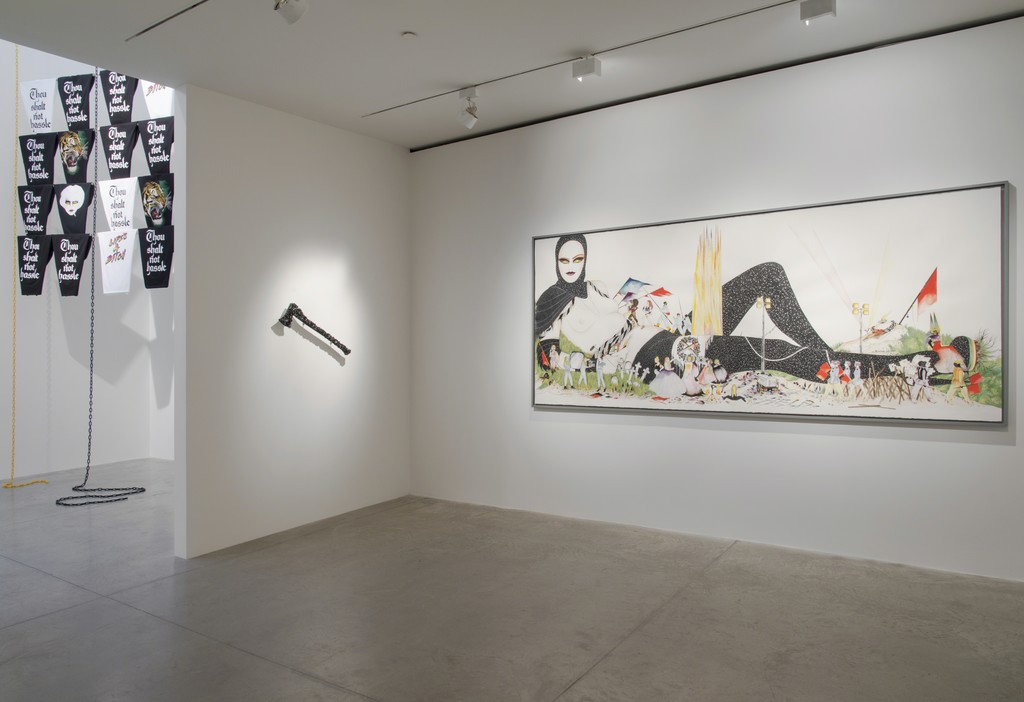 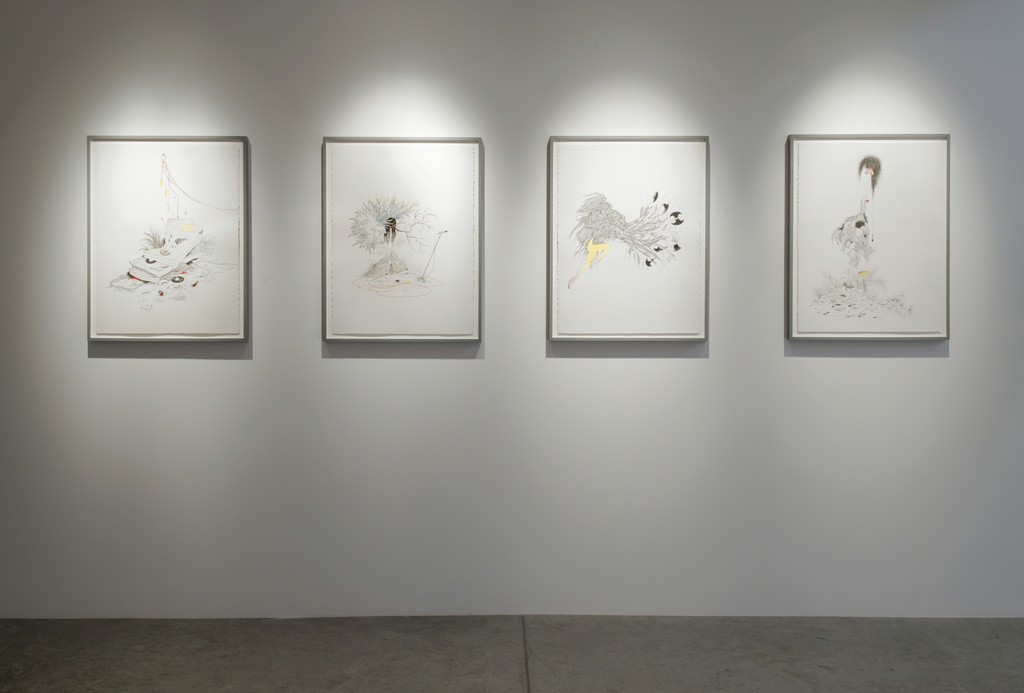 Albertz Benda is pleased to announce JEN RAY: DEEP CUTS, a solo exhibition and performance marking the homecoming of the previously Berlin-based artist to her native United States.

Jen Ray explores the power relationships inherent in feminism through painting, sculpture, and performance. Having spent almost a decade immersed in Berlin, Ray refers to the 'earthiness' of German feminism while modernizing the conversation to include gender politics, intersectionality, and queer theory, thus upending a worshipful approach to feminism in favor of something harder, more dangerous, and less predictable.

Her large-scale paintings unite the intimacy of hand-drawn line-work with pulsating activity and vibrant colors, alongside the complexity and depth of a diorama. Emerging from this scene is a parade of warrior women who are authoritative, self-assured and constantly in action, conducting and trumpeting through self-contained fantasy worlds as they see fit. Each character is an individual who goes her own way, with no figure subservient.

Ray invokes the power of the symbol. She layers iconographies from myriad cultures and time periods, imbuing the the depicted figures with strength while abolishing a cultural hierarchy. Native American headdresses, Roman wreaths, and Paleolithic spears adorn rock singers who destroy computers in capes and heels; symbols of authority mix with no regard for temporal boundaries. Simultaneously, the artist subverts traditional gender roles. She links military with pageantry, as her warrior women charge forward armed with weaponry and flowers, uniting two traditionally opposing forces.

Ray’s performances complement her two-dimensional work, while expanding the role of sound, release, and parade in her practice. For her performance at Albertz Benda, simultaneous to the opening on October 8 at 7 pm, the artist will lead a procession of women, including Honeychild Coleman, who has performed with Peaches and The Slits, and Berlin-based actress Amor Schumacher, as they perform a song that relates to the exhibition. The performers, like the figures in Ray’s paintings, and the artist herself, are unabashedly present and make their existence brazenly celebratory.