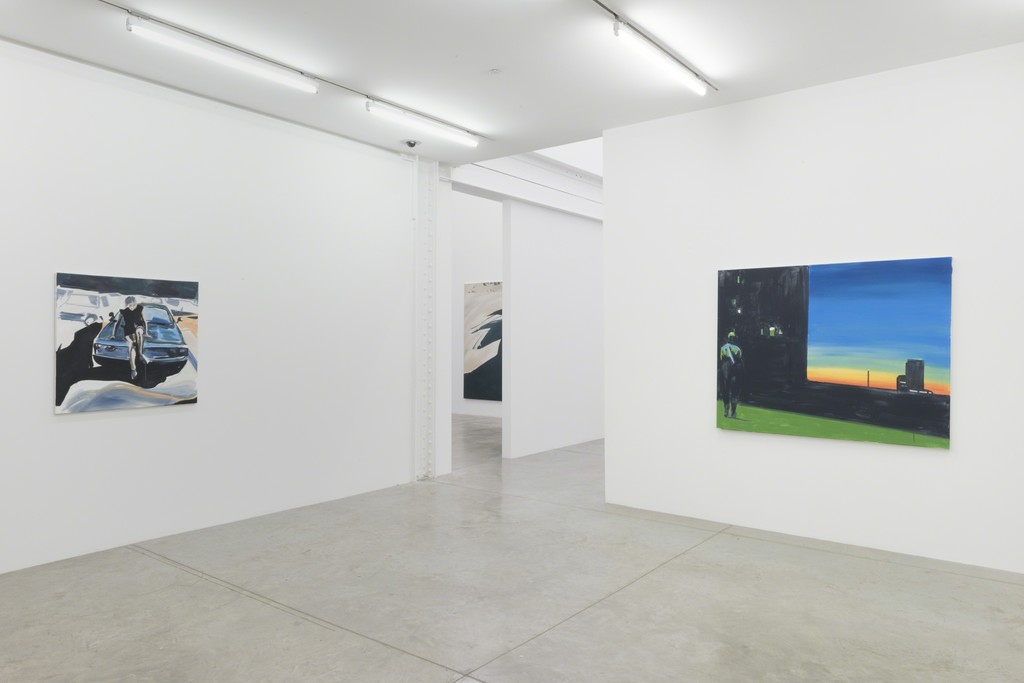 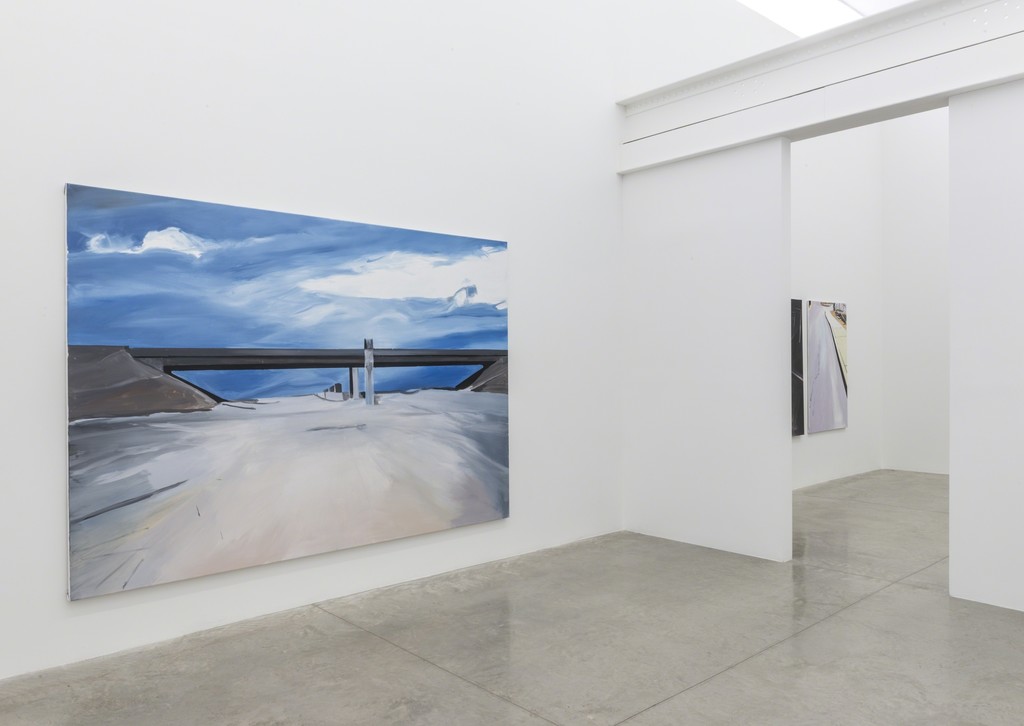 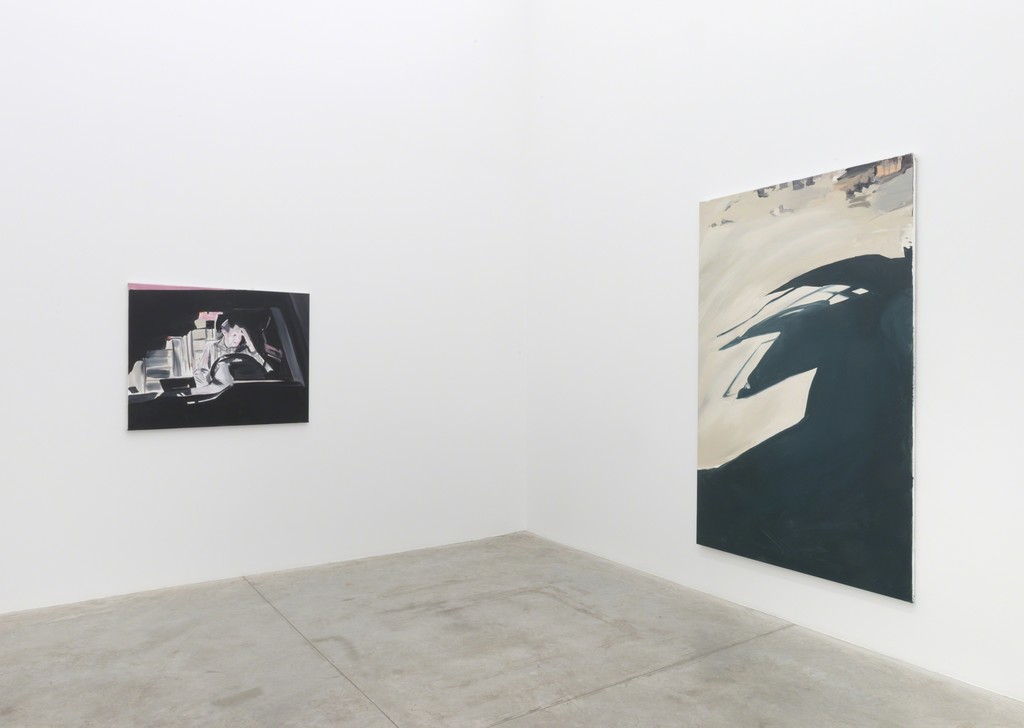 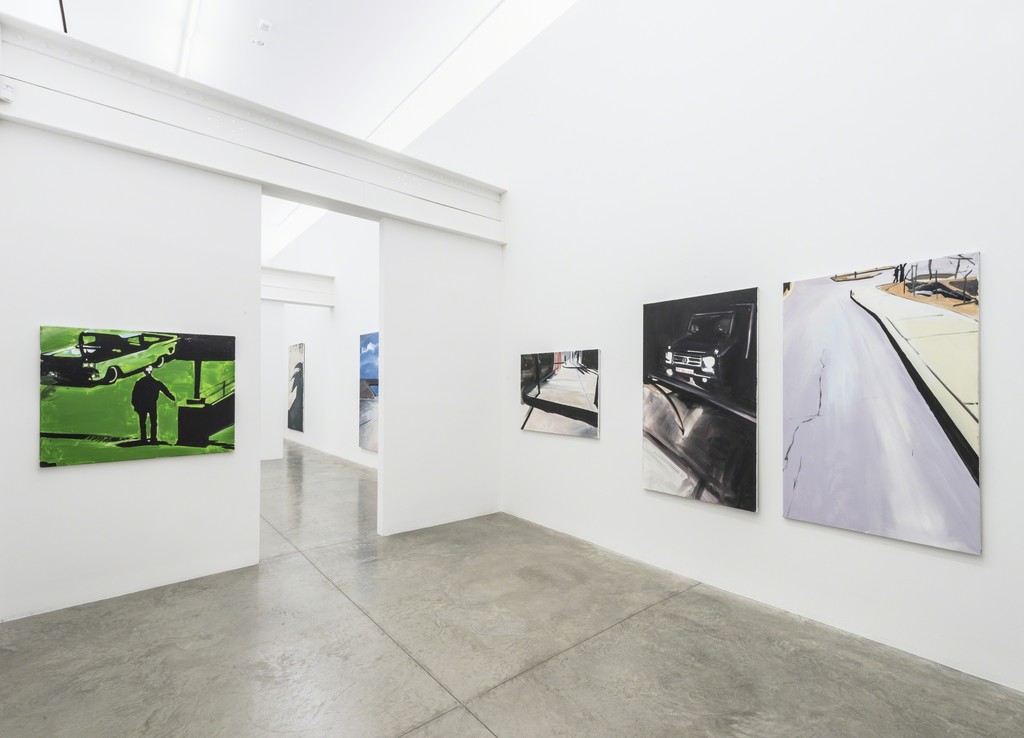 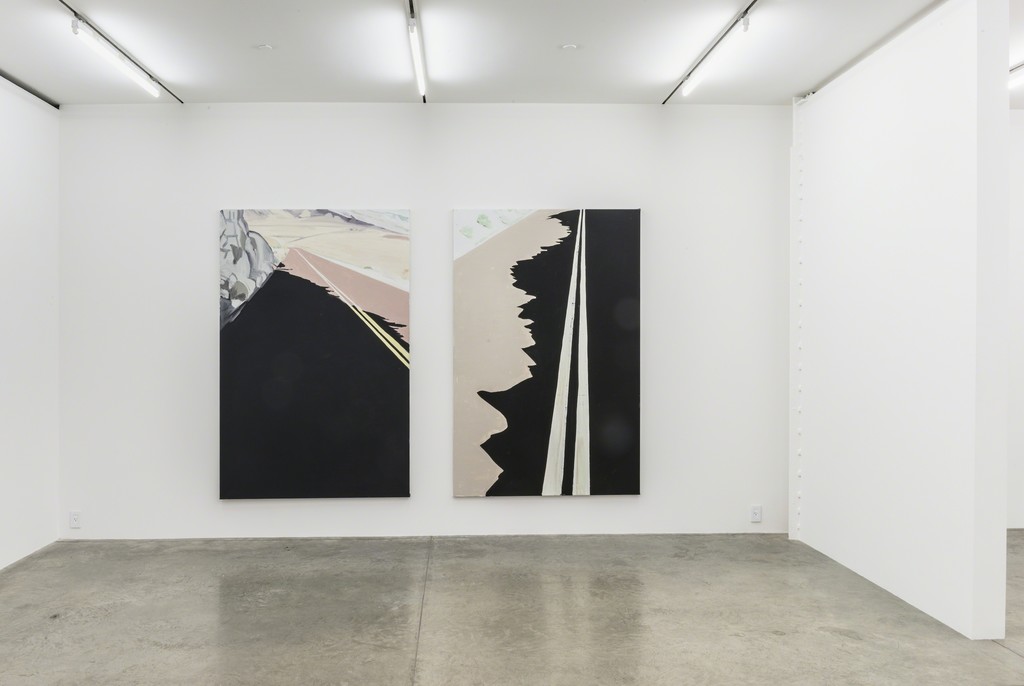 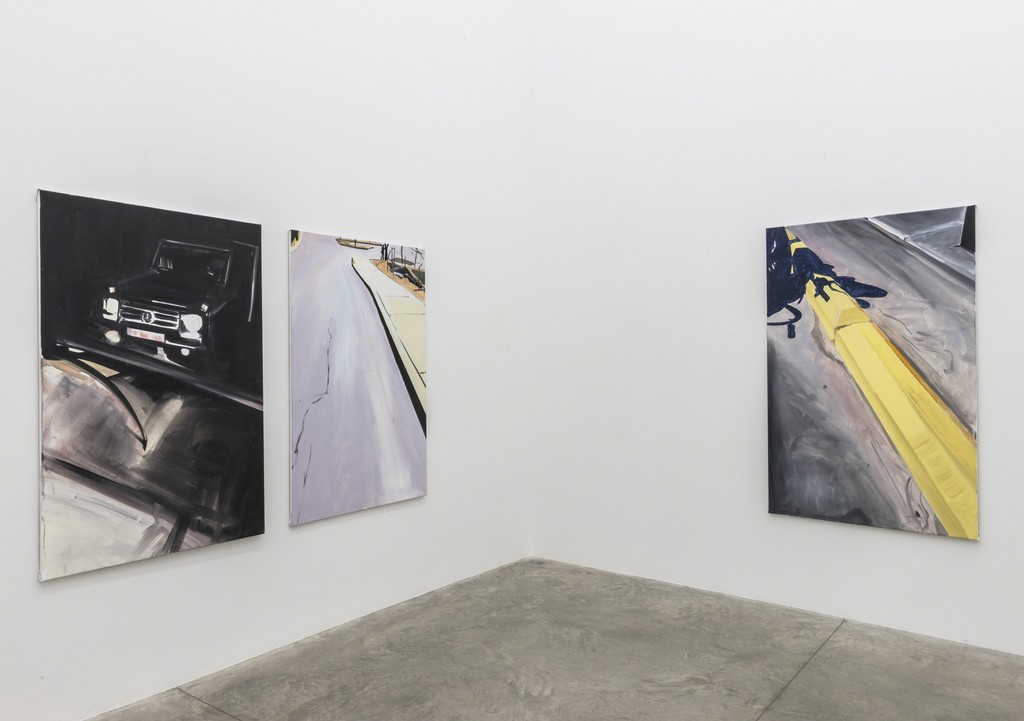 NEW YORK, NY – Albertz Benda is pleased to present The Light We Live In, an exhibition of paintings by acclaimed Belgian artist Koen van den Broek. This exhibition marks van den Broek’s third solo show in New York illustrating the artist’s evolution from the objective to the intensely personal. Suggesting the unraveling of a suspense film, the exhibition toggles between seemingly rational perspectives and entirely subjective points-of-view.

Inspired by his recent scenographic commissions for the Belgium Opera House and Ballet of Flanders, van den Broek’s latest works visualize narrative, intrigue, and emotion on canvas. Figures appear, locations are suggested, and stories take shape. There is an overall sense of movement, transition, and revelation that stems from the presence of actual characters.

The Light We Live In opens with a group of works that depict van den Broek’s signature settings of abstracted urban landscapes, roads, and shadows with heightened emphasis on the sensibility of the mundane. In these paintings, the artist has focused his full attention on the structure and composition of the pictorial plane to magnify and elevate the everyday.

In the next group of new works, a quantifiable human presence emerges as the artist fills in characters and plot on the anonymous platforms he has been painting for most of his career. In paintings Critic, Sunset, and Farewell, dislocation is now redefined through the presence of the human figure rather than the absence seen in previous years. Migrations, escapism, and the domineering American landscape are re-evaluated with humanity in mind, with all its inherent complexity and flaws.

These investigative and overtly dramatic works are set alongside a group of van den Broek’s hallmark paintings of curbs, shadows, highways, and endless horizons which are heavily influenced by neo-noir, horror, photography, and film. The artist’s staunch anonymity and distance from his subject is present in the work Motorcycle as a counterpoint to the more personal narratives.

Taken together, the works that comprise The Light We Live In show van den Broek’s range as a painter and his ability to translate his fascination with the psychological world into a visual one.