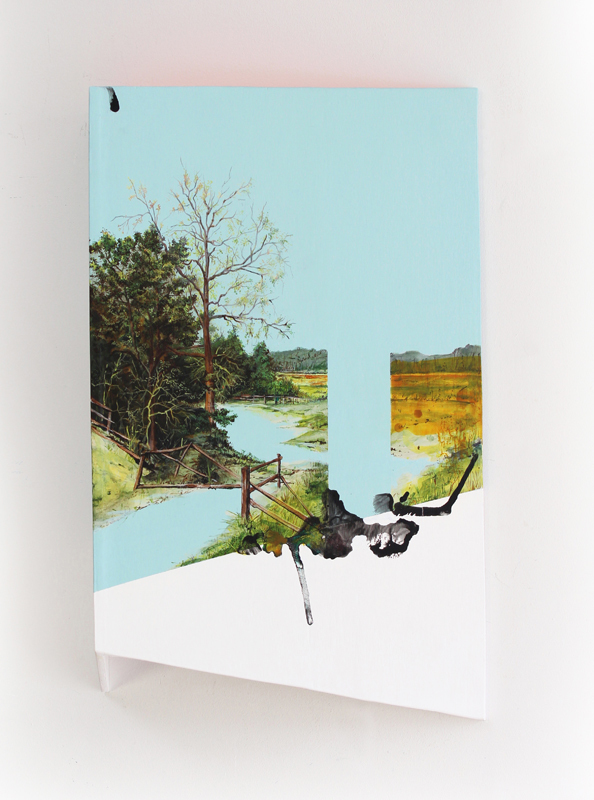 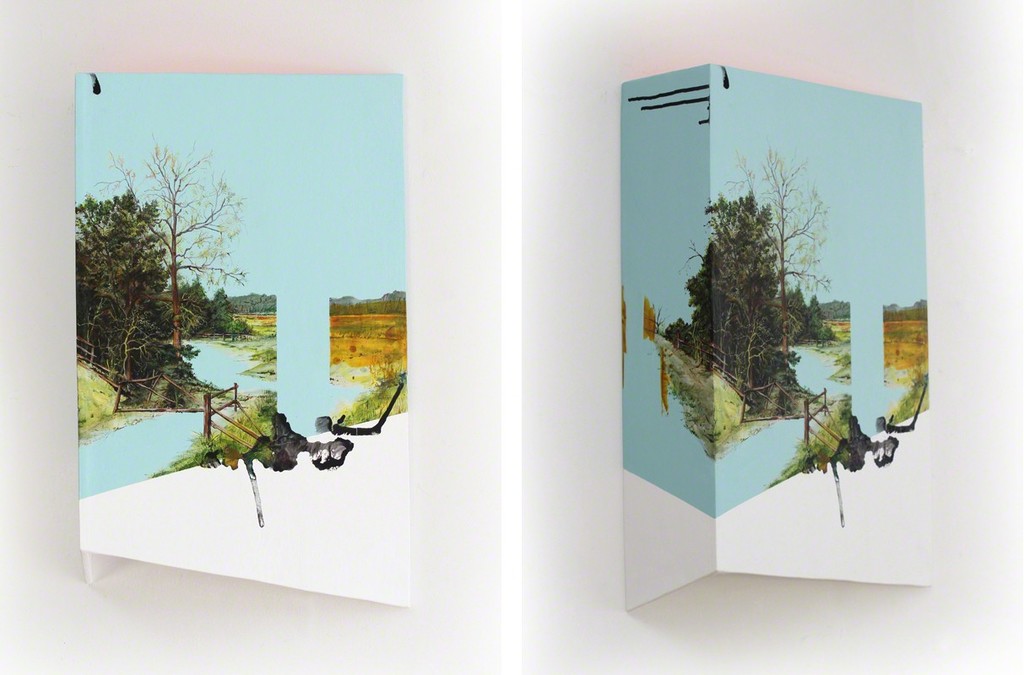 The Alden Gallery will present a two-person show of new work by Joerg Dressler and Kirk Jenkins, opening on Friday, August 10, 2018, from 7 to 9 p.m., at the gallery’s exhibit space at 423 Commercial St. Drinks and refreshments will be served; the gallery is open to the public and free. The show will be on view through August 23.

Joerg Dressler’s work is driven by nature and how we perceive it. He presents his experiences of reality filtered through his perception. As a result, disjointed experiences of the seen and unseen are reassembled, creating in the work a new dimension of reality. Dressler’s evocative, sensual paintings derive from a sincere dialogue between the representational and the abstract, the conceptual and the spontaneous. The vocabulary for his work is drawn from a cross-section of art history—Romanticism, Impressionism, Abstract Expressionism, Pop Art, graphic design and photography—yet Dressler has made it uniquely his own.

In his newest series of work, “Untold Stories,” he continues to explore the mysteries of places he has visited in his life. (Dressler was born in Hanau, Germany, schooled in Offenbach and Paris, has lived in the U.S. since 1996, and now has studios in Miami Beach and Provincetown.) “The return to these places through the study of photos allows me to pursue a more detailed depiction, aiming for a sense of depth, in juxtaposition to crisp color fields and organic splotches,” Dressler says.

Pulling from his background as a graphic designer by incorporating geometric shapes and infusing intimate landscape cutouts with dynamic urgency, Dressler inspires a prolonged consideration of our own relationship with nature. Boston Globe art critic Cate McQuaid, in reviewing a recent show of Dressler’s work, wrote, “The painter, known for depictions of nature’s potency, returns here to places he has been, framing greenery and rocky vistas amid flat planes and splotches of color, setting up tension between lush realism and surface abstraction.”

The materials that Australian-born, Miami-based Kirk Jenkins works with, such as wood, tar, charcoal, natural oils, and metal, all come directly or indirectly from the same place. “I was born from the earth and shall one day return to the earth,” he says. “From as early as I can remember, nature has inspired and enriched my life in a very powerful and profound way. The energy, force, and majestic beauty of its presence, expressed through every living thing, ignites in me something so deep and significant.” But how to turn that feeling into art?

“I had reached a plateau in my creative journey and thus process,” Jenkins explains. “This led me to take an even closer look at the natural environment around me, and my first love of the ocean. Every morning at first light, I would walk down to the ocean, watching and observing the movement and formations in the clouds and water. It wasn’t long before I could see a direct unison and interconnectedness between the two. The sky and the sea, they were intimately speaking to one another, and thus exchanging energies, almost like a dance—pushing and pulling, inhaling and exhaling, a harmonious tension that would create such vast patterns and contours. The purity and fascinating qualities of this experience left me wanting nothing more than to take things back to basics. I wanted to investigate the possibilities and primal nature of charcoal. The journey was on.”