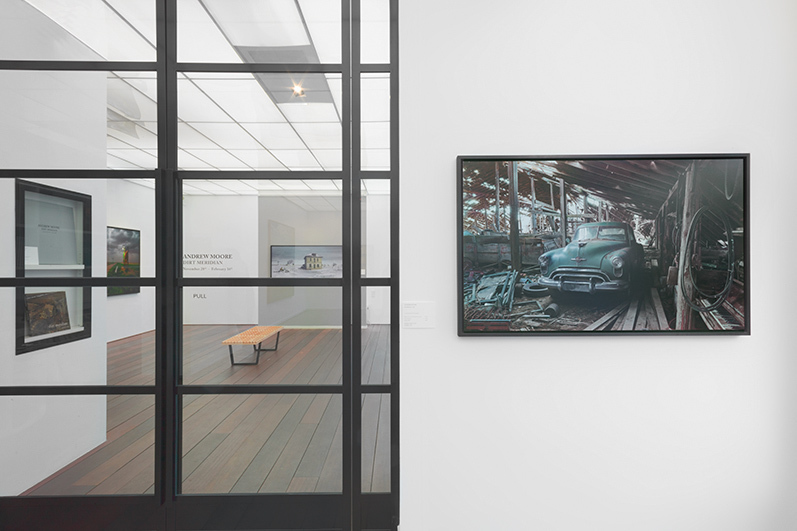 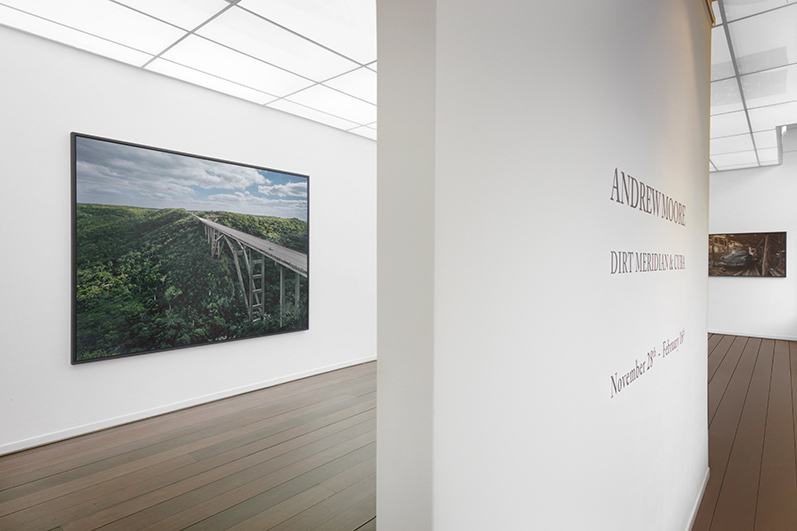 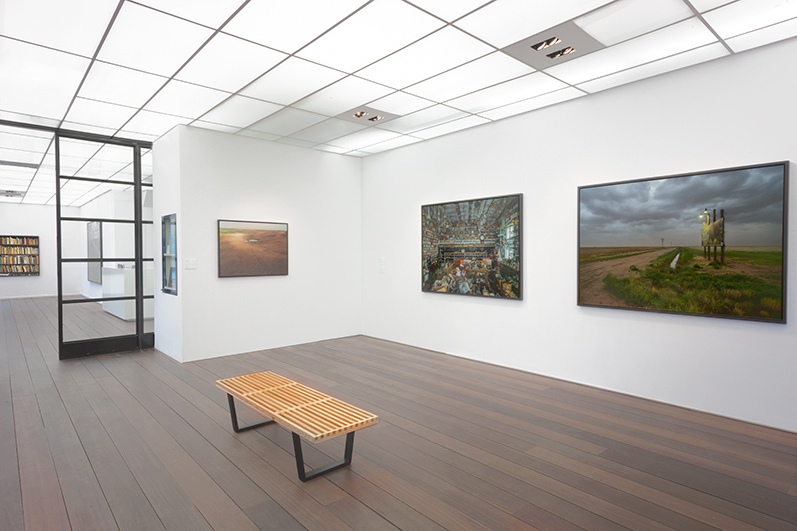 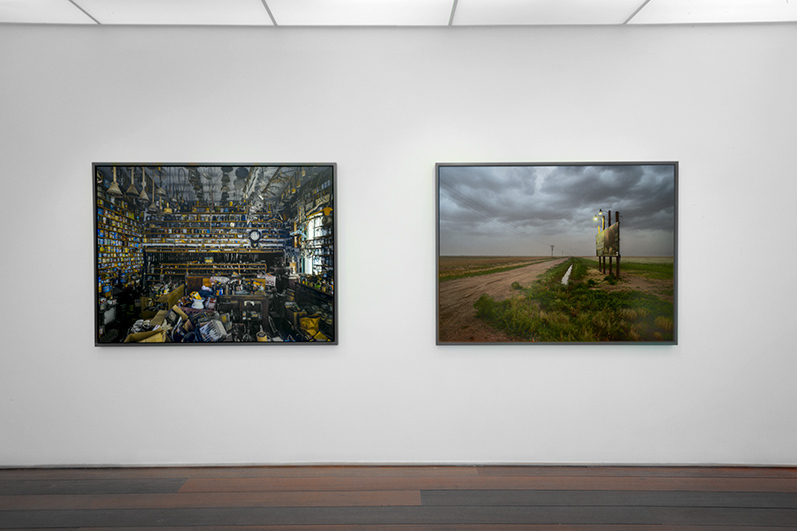 Ten years in the making, Andrew Moore’s Dirt Meridian series is an extraordinarily powerful survey of the American heartland captured largely from a low aerial perspective.

The show takes its title from the 100th meridian, the line of longitude that divides the US in two, comprising the expanses of North Dakota, South Dakota, Nebraska, Kansas, Oklahoma and Texas. These are the “fly-over states”, as they are known, vast overlooked territories, often only glimpsed from the oval window of a transcontinental flight. Moore’s large-scale photographic tapestries of arid plains, toiled farmland, isolated homesteads, as well as portraits of the people that live there, are a homage to pioneer spirit, and a fast-fading way of life. Technically innovative, the images were taken with a digital camera attached to a low-flying aircraft, piloted by a local crop-duster, covering often hundreds of miles per day.

A chronicler of cities in particular, from a decaying and weed-strewn Detroit, to a shiny, bombastic Abu Dhabi, Moore’s oeuvre captures the urban booms and busts of our time. Based in New York, he has exhibited all over the world, in around 50 solo shows, from Moscow to Los Angeles.

Reflex Gallery are thrilled to present the European premiere of both Dirt Meridian, and a selection of recent work from Moore’s Cuba series.

Moore has been travelling to Cuba since 1998. The resulting images, taken over several years, explore his fascination with what he has called “the dual quality” of the country – its exoticism and its familiarity.

The exhibition runs till end of February 2016. Signed books are available.