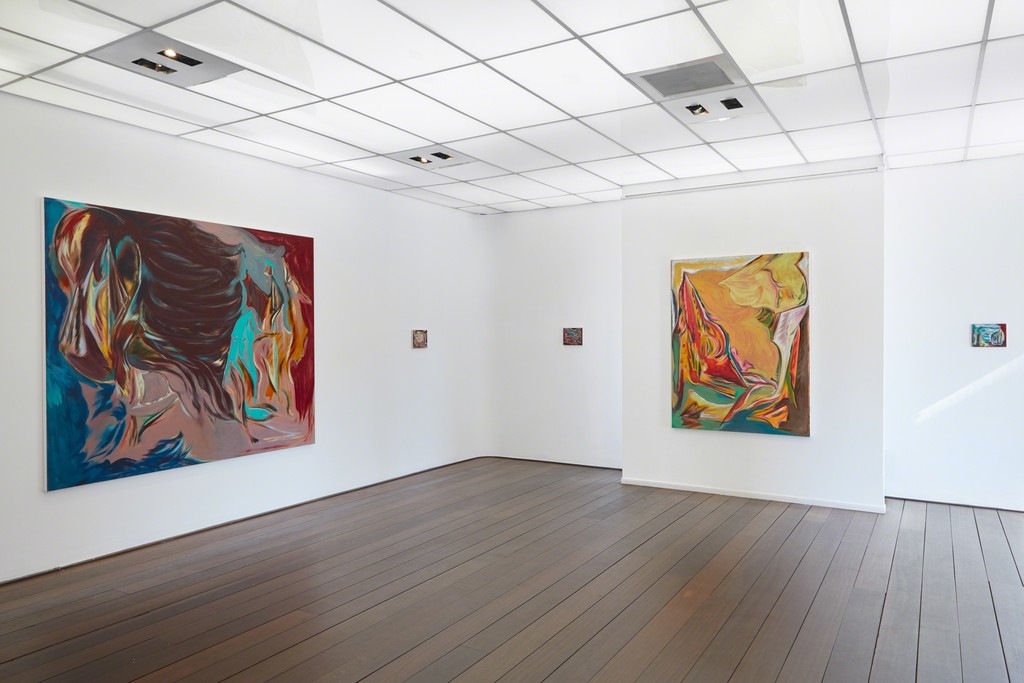 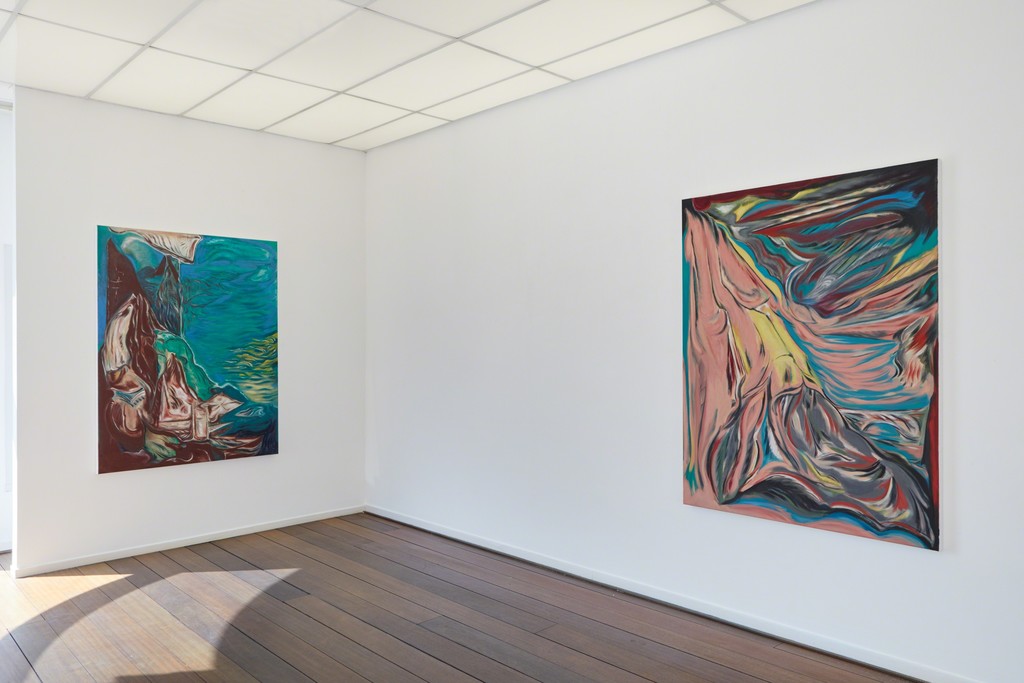 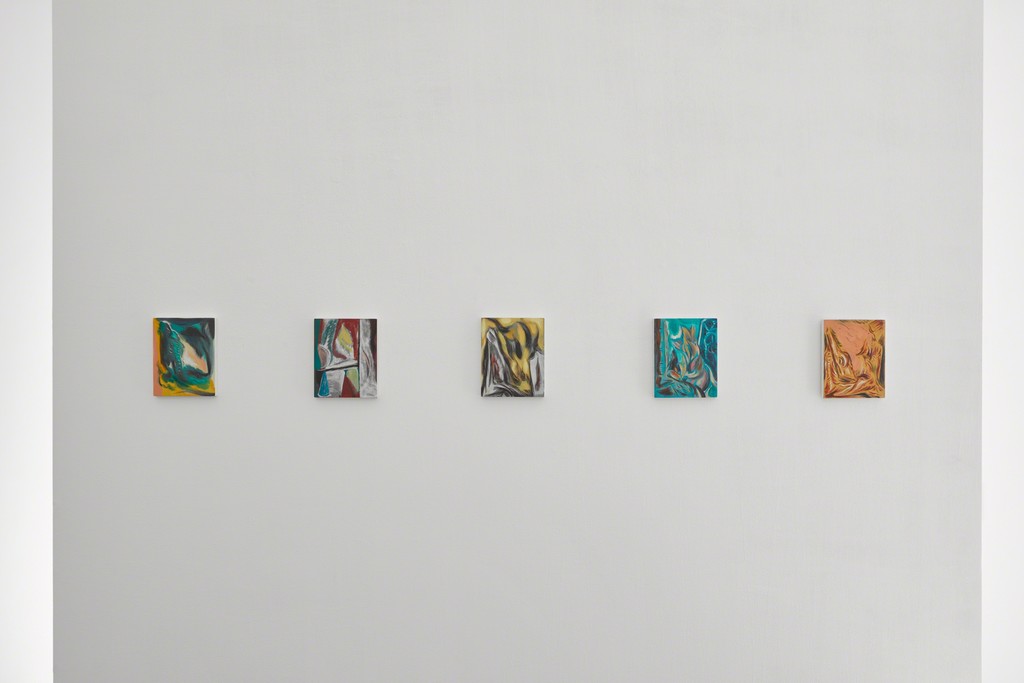 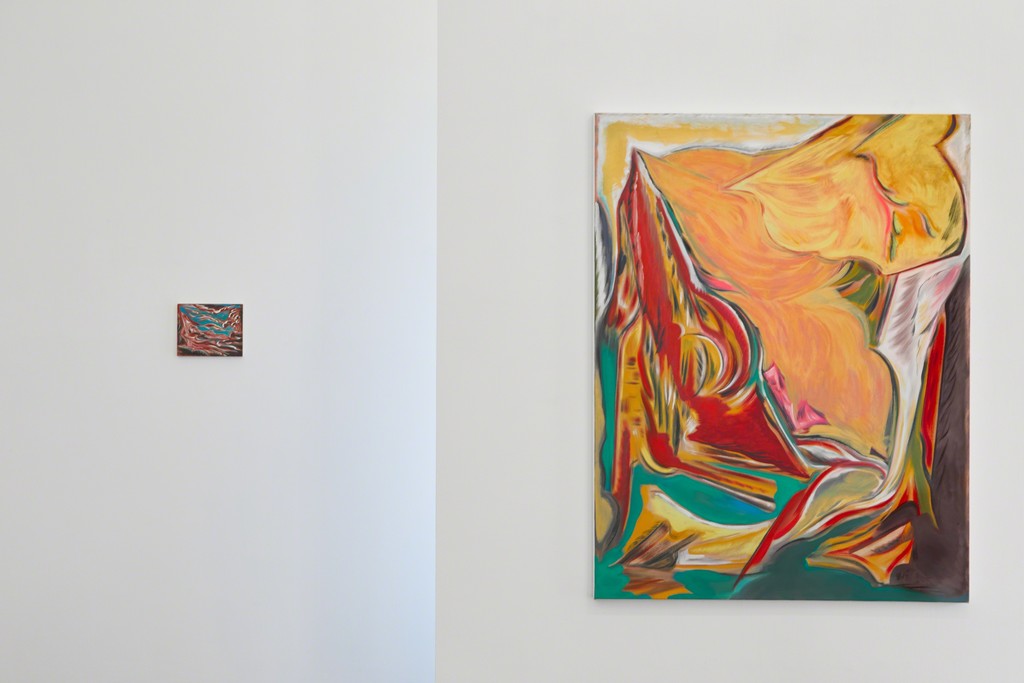 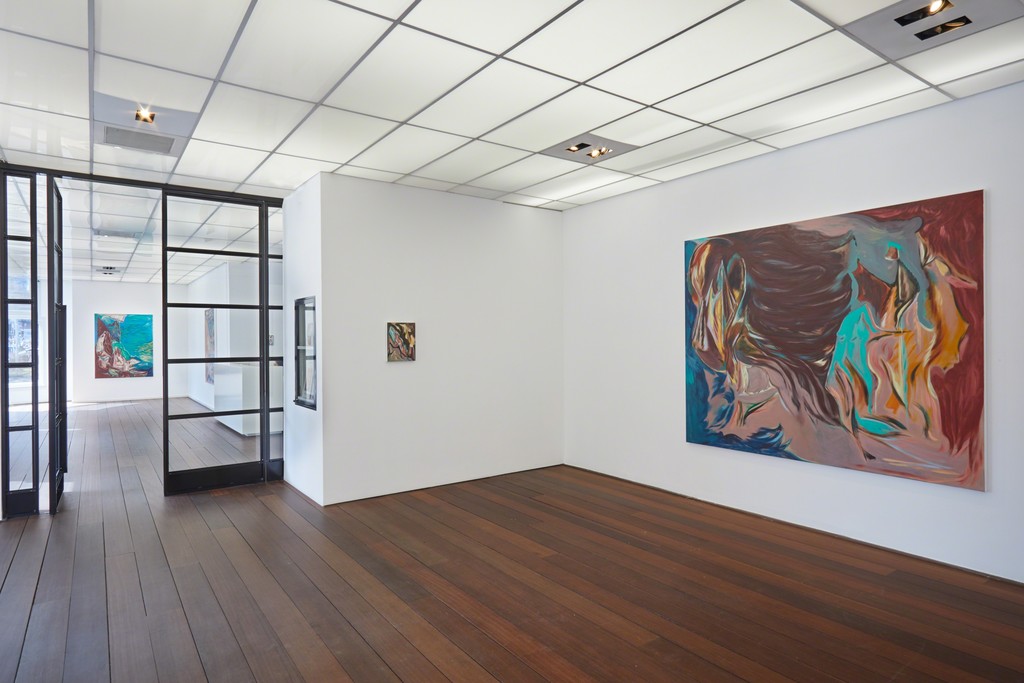 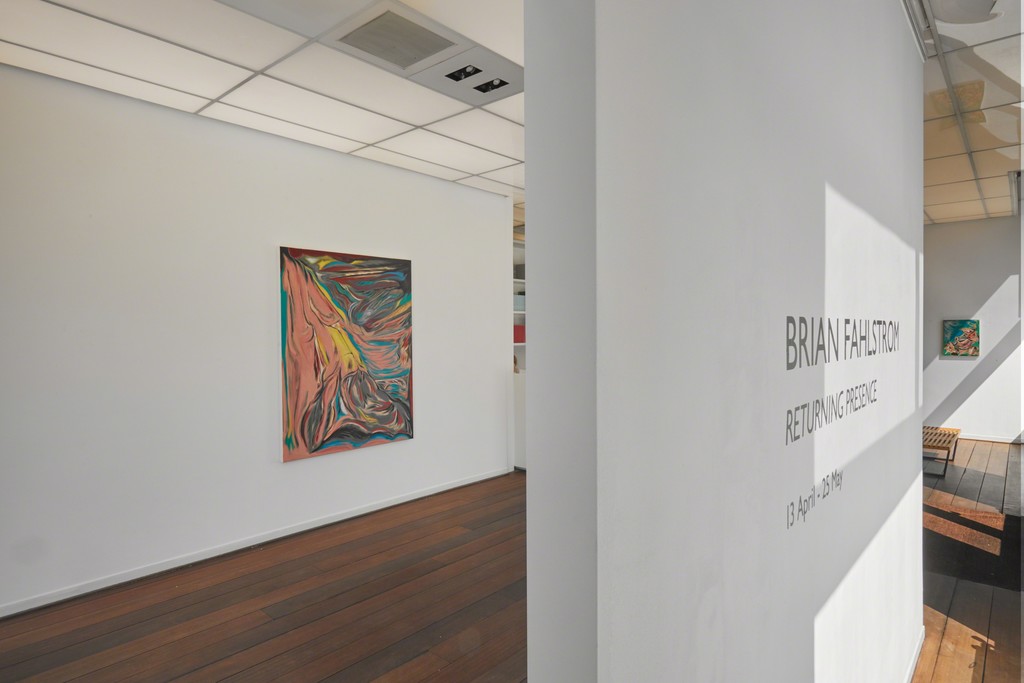 Fahlstrom’s picturesque works depict imagined landscapes that move freely between abstraction and figuration, and simultaneously capture his mastery of colour and paint: yellows and reds, greens and blues flow into one another like surreal sunsets on his panels and canvasess. His work is assertive in its physical presence, with paint and surface playing an important role, its true nature unravelling in the tension between image and materiality.

Based on a very intuitive process, Fahlstrom’s artistic practice focusses on a search for self-expression in a contemplative capacity. While the painter’s early work borrowed from historical styles, Fahlstrom has asserted his own artistic voice in recent works, mining the momentum and energy of his past works to arrive at a singular artistic vocabulary. Fahlstrom alternates between the role of the subjective creator and that of the unfamiliar viewer in his artistic process. Although he merges the setting of an imaginary landscape with a poetic narrative in a highly personal manner, Fahlstrom’s work is deeply satisfying in formal terms of colour and composition.

Playing with traditional conventions of landscape painting, Fahlstrom composes his paintings in a classical manner, allowing for legibility in terms of existing visual language. Allusions to sky, ground, and mountains become discernible to the viewer, carved out by the energetic brush strokes of the artist. Despite these art historical references, Fahlstrom’s paintings move in a temporal limbo, seemingly transcending our grasp of past, present, and future. Is Fahlstrom depicting remnants of the ancient world? Is he projecting an imaginary future?

Returning Presence offers a well-rounded overview of the artist’s visceral exploration of landscape imagery, colour, and paint from the past year. Whereas Fahlstrom’s large scale work is especially intriguing in terms of attention to detail and conveying feelings of the sublime, his small panels embody the free spirit of the artist’s exploration of colour and movement. Though small scale work has always been an integral part of Fahlstrom’s practice, this is the first time that an extensive selection of these small paintings has been exhibited alongside his larger work.

Fahlstrom has exhibited in solo and group exhibitions throughout the United States, Europe and Asia. His work is featured in a number of permanent museum collections, such as the Los Angeles County Museum of Art and the Smithsonian Museum of American Art. Fahlstrom is a recent recipient of the Pollock-Krasner Foundation Grant. The artist lives and works in Los Angeles.

Fahlstrom’s first solo exhibition coincides with the publication of his first extensive monograph Brian Fahlstrom: Returning Presence by Reflex Editions Amsterdam, with essays by Katya Tylevich and Michael Reafsnyder.
The opening and book signing will take place on April 13th from 5-7pm.