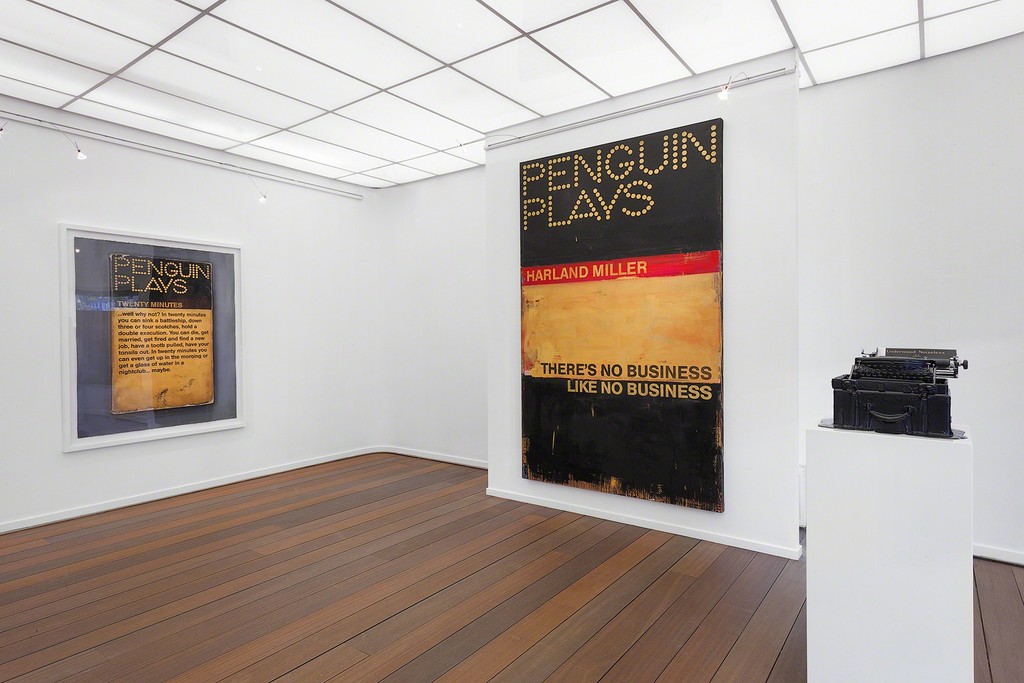 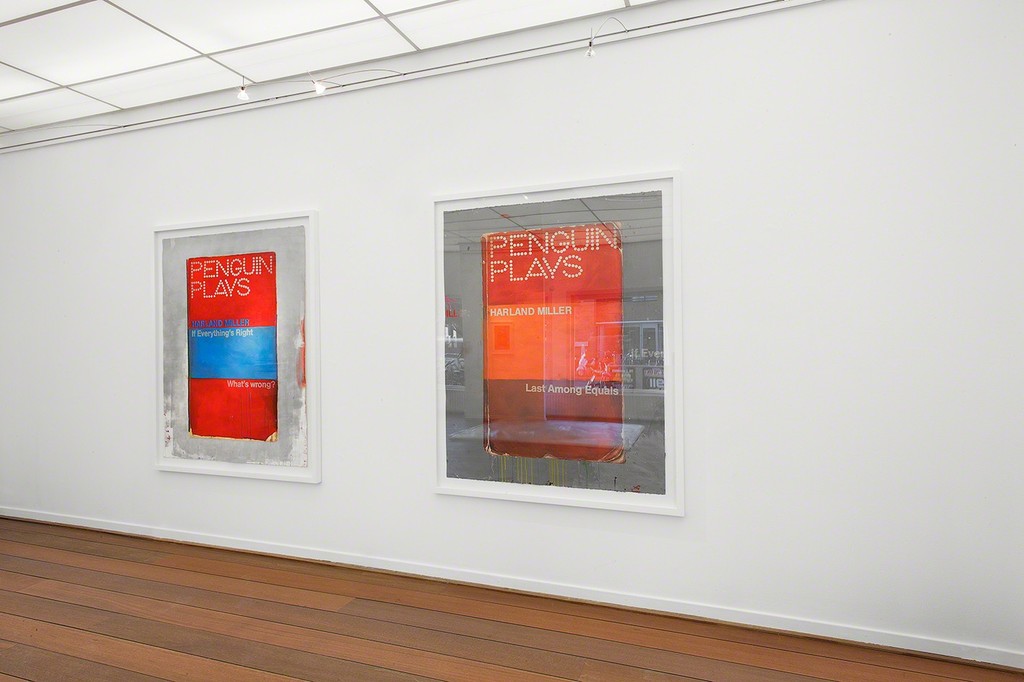 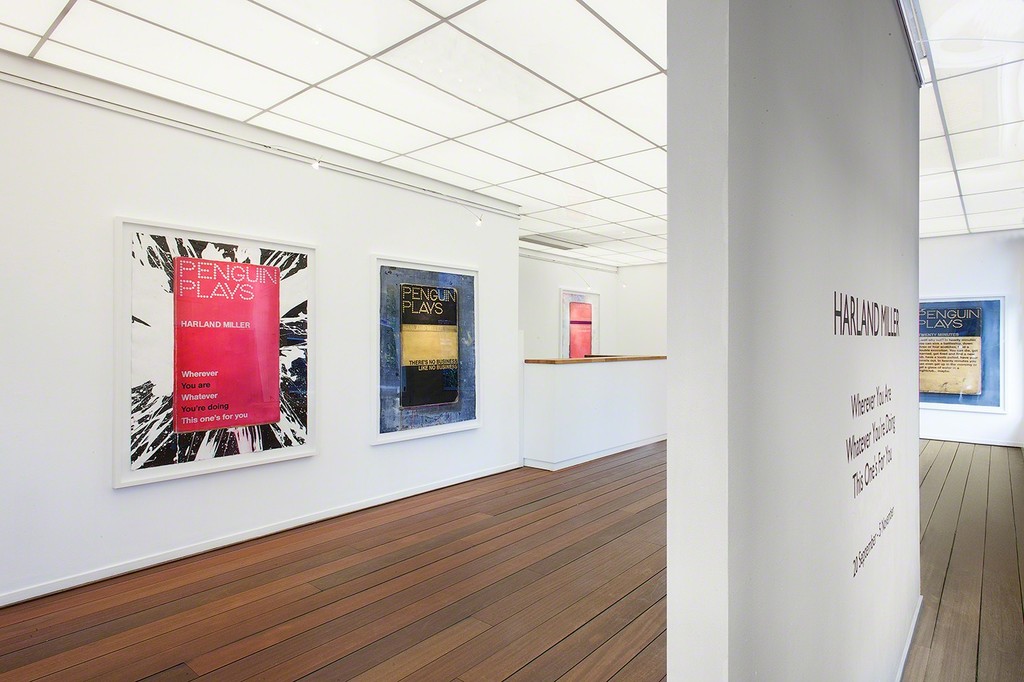 The English artist and writer Harland Miller is renowned for his large-scale, playful re-workings of Penguin book covers, from time-honoured tales by Hemmingway, Fitzgerald and Edgar Allen Poe to guides to northern British cities such as Blackpool and Grimsby. By blowing them up and giving them subversive new titles, Miller breathes new life into these classic book jackets, injecting them with contemporary satirical punch.
Miller’s current fascination is with Penguin Plays. “The jazzy Broadway-style branding of this series has a lightness and a level of unreality compared with the authoritative Classics,” says Miller. “The fact that they are plays suggests something larger than life.”
In this new exciting body of large-scale works on paper, Miller brings together his characteristic blend of humour, narrative and painterliness. Yet the tone of these works is markedly different – more sombre, darker, less boisterous. The titles, rather than being quirkily self-referential, are the result of a collation of ideas and semi-somnolent memories:
“Wherever you are, Whatever You are Doing, This One’s for you”.
A long-time sufferer of insomnia, Miller has often tuned into the soporific tones of late-night radio DJs with their gentle platitudes and borderline creepiness. “I like that kind of DJ patter which infiltrated those early levels of my sleep,” he says. “On one level they are snatches of dj banter, which are meant to be meaningless and carry you through to the next record, and on the other hand, they perhaps have a sinister undertone.”
Although the titles in this series are informed by Miller’s years of sleeplessness, he is hopeful that viewers will experience these works freely. “The thing is never to force anyone into a particular reading that is contrary to whatever emotional memory is triggering it.” As Evelyn Waugh wrote in Brideshead Revisited, “My Theme is Memory…” – a phrase that Miller says chimes perfectly with his own approach to life and art.

“But,” he adds. “If people want to take them at face value too, that’s fine by me.

A new book will be released and presented at the opening of the show.
Opening, book signing and special event on Friday, September 20th from 5 - 7 pm in the presence of Harland Miller and tattoo-artist Hanky Panky.