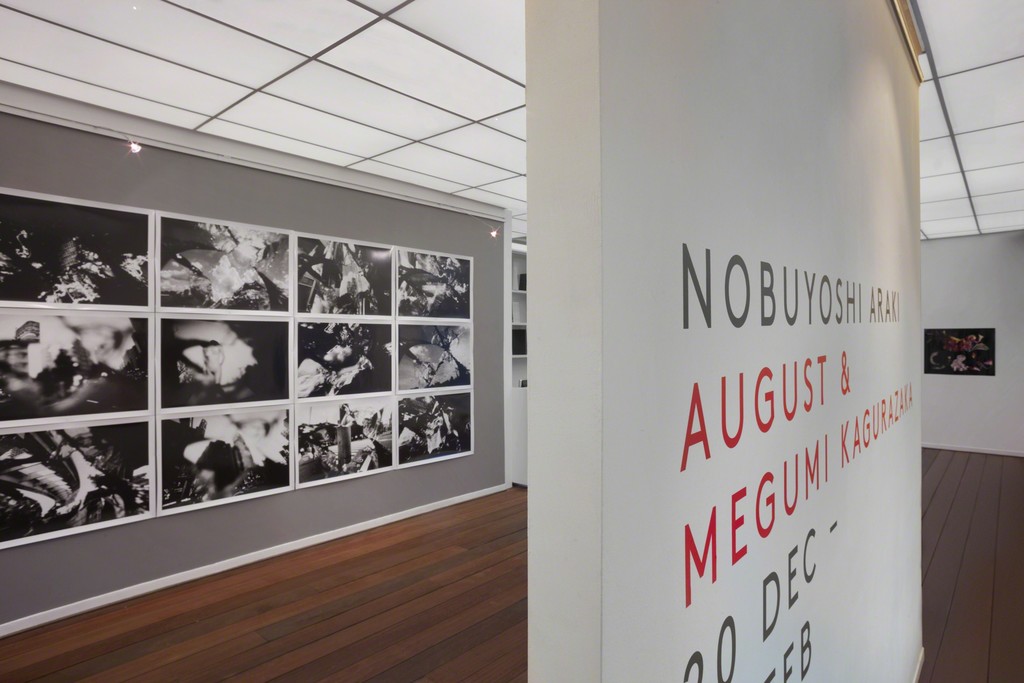 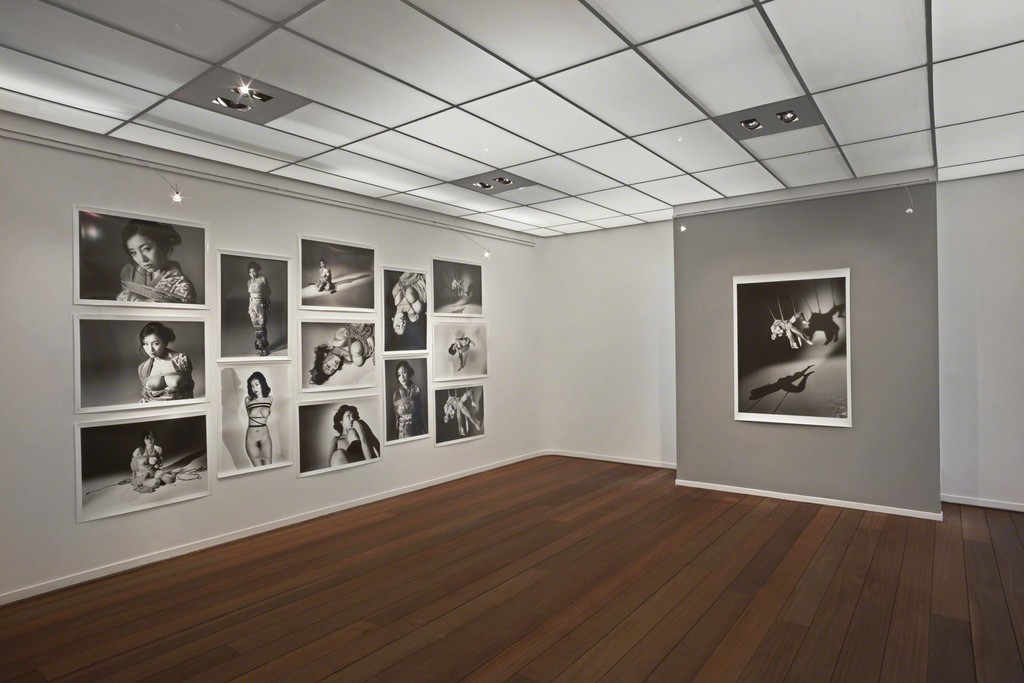 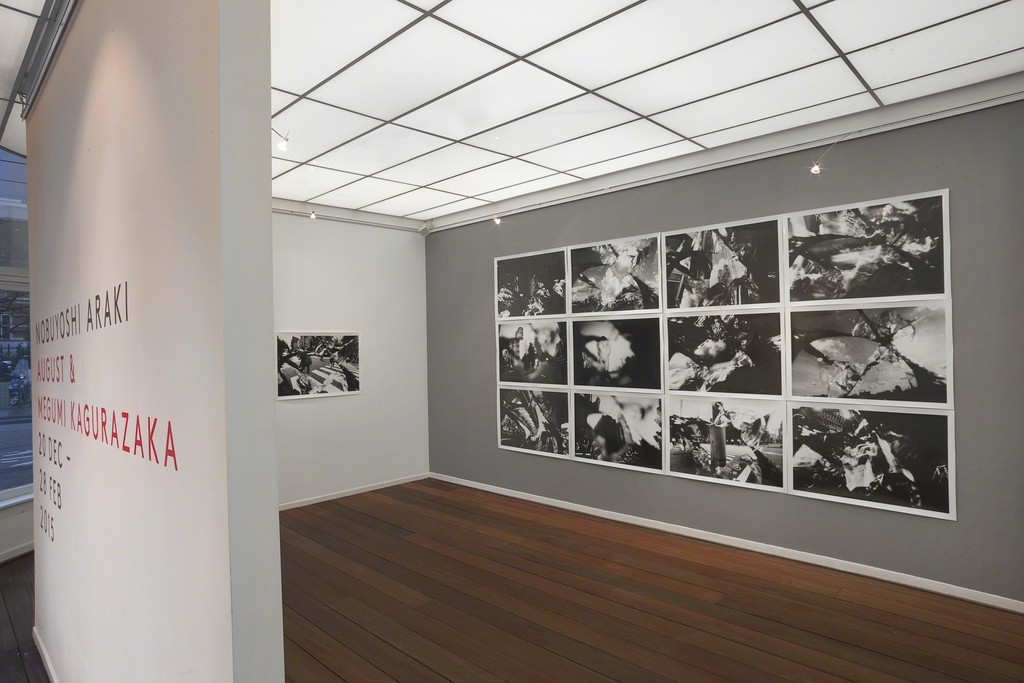 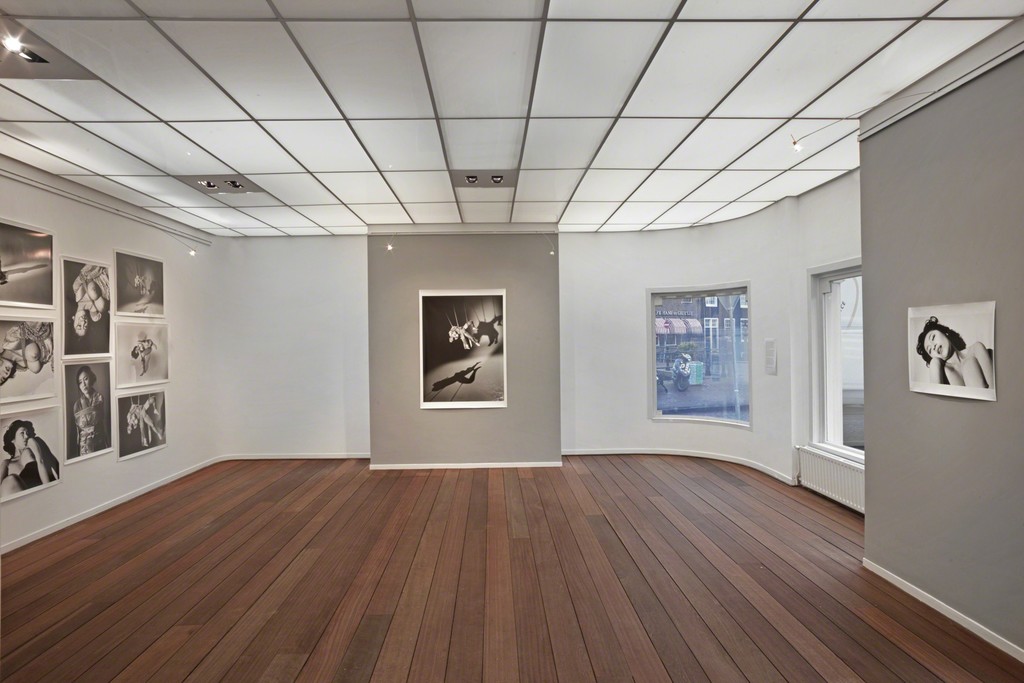 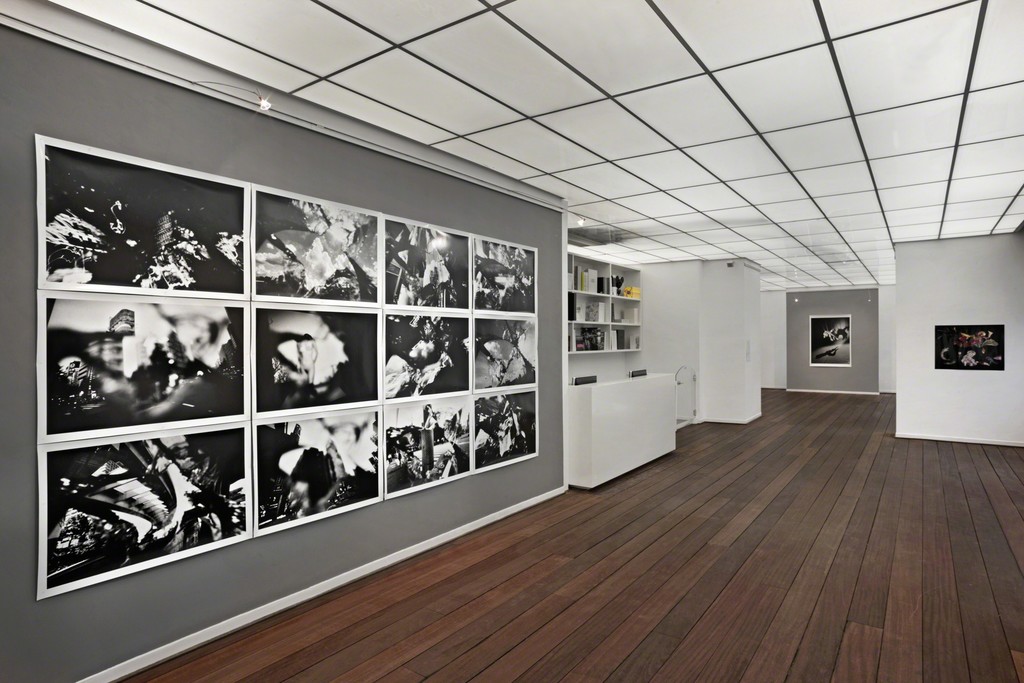 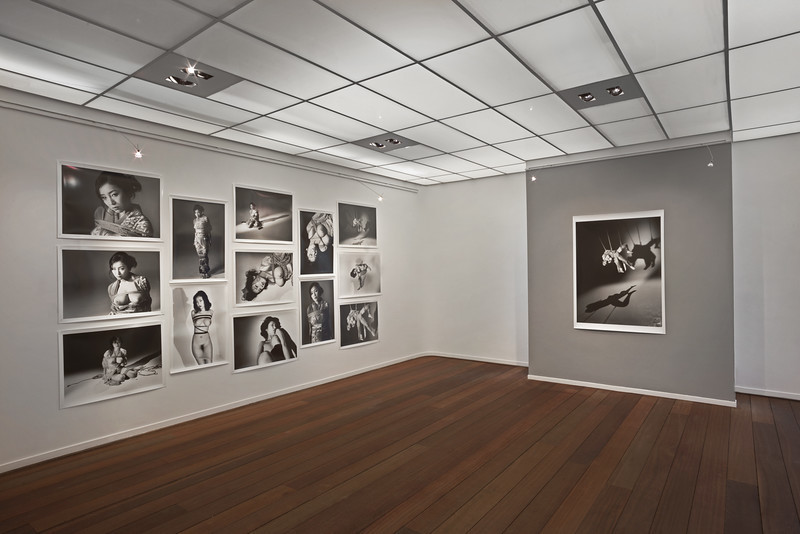 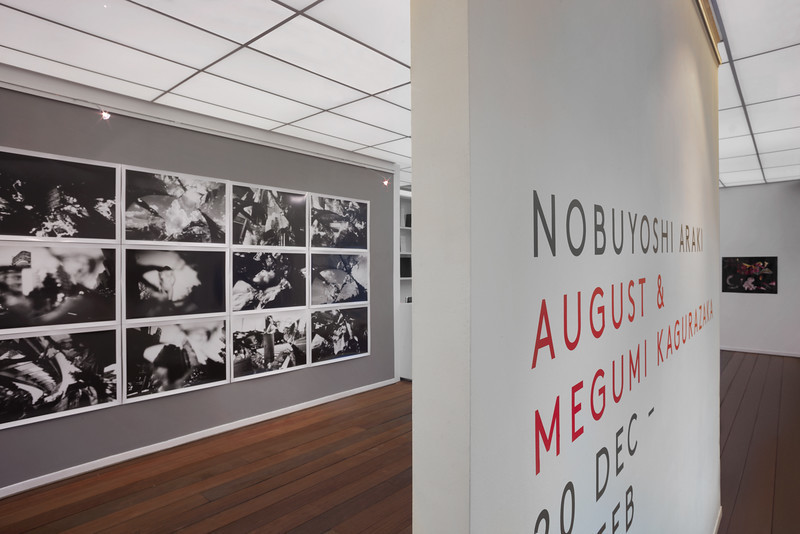 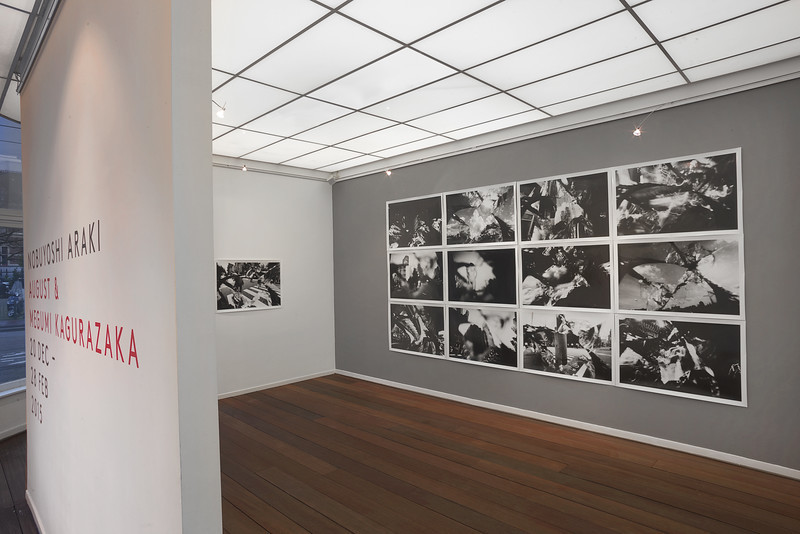 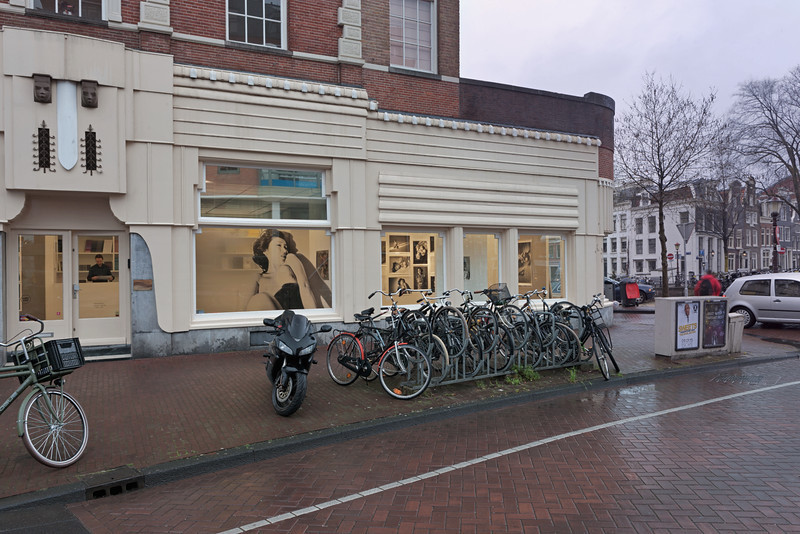 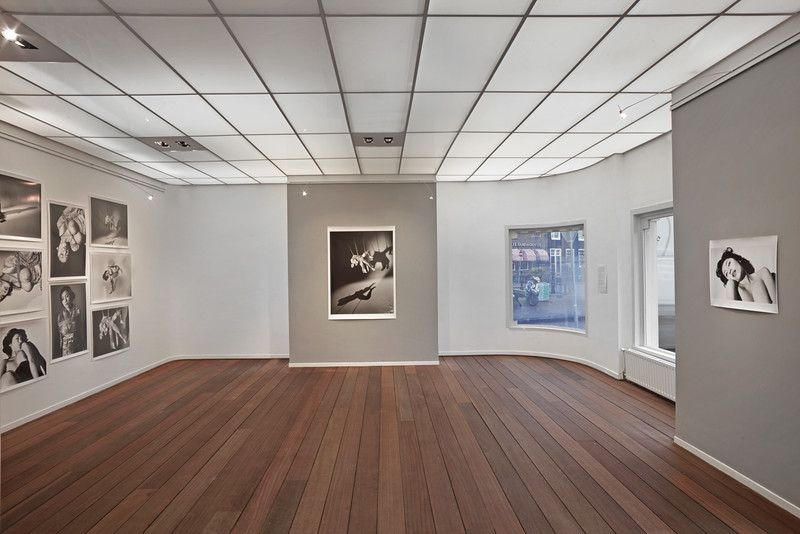 Nobuyoshi Araki (Tokyo, 1940) is one of the most celebrated Japanese artists of our time. Ever since he started his photographic career in the mid-sixties, Araki has taken tens of thousands of photographs and published more than 450 photography books. His photographs are personal, indifferent, random, accidental, prurient, erotic, anarchistic, touching, vulgar, sentimental. The cumulative effect is overwhelming. Araki is an international master of photography, noted for his seemingly detached Kinbaku-photographs; Kinbaku, 'the art of tight binding', is a Japanese style of rope bondage. Simultaneously his work is very intimate and personal, often closely related to his Tokyo surroundings and to the memories of the marriage with his late wife Yoko until her death in 1990. Only by distancing himself through his lens, keeping life at an arms length, the artist can truly approach reality and eventually reconcile life and death.

We cordially invite you to our new exhibition of the newest works by Nobuyoshi Araki. These recent series set the tone of the exhibition: Megumi Kagurazaka, August and qARADISE. During the past months, the 74-year-old Araki worked on this most recent series qARADISE, which consists of dark photographs of flowers and dolls.

They mirror Araki's acceptance of, as well as his resistance to decline. While at first slightly alienating, in particular for the non-Japanese observer, both the individual images and the assembly of series may eventually bring about a feeling of transiency and melancholia - Araki's work has its very own, touching beauty. The exhibition allows the visitor to unravel the complexity and obsessions of a photographer of great international importance.

Simultaneously with our exhibition, Araki’s retrospective will be opened at FOAM / Photography Museum Amsterdam, opening Thursday, December 18th: ARAKI Ojo Shashu - Photography for the After Life: Alluring Hell
Both exhibitions give a distinct reflection on Araki's oeuvre, renowned for the master's perpetual focus on daily life and his intertwining themes of Life (Sex) and Death. The exhibition at FOAM comprises both his notorious early work, as well as very recent series that have never been shown in the Netherlands before. The new works offer a unique and intimate insight into the perspective of an artist in the later years of his life.

Both exhibitions are conceived in close collaboration with the artist. Araki is the starting point and so is the vision that he today has on his oeuvre. This is reflected in a careful selection out of his numerous important series. The title ARAKI Ojo Shashu - Photography for the After Life: Alluring Hell of the exhibition at FOAM refers to the influential Japanese-Buddhist book Ōjōyōshū from 985 AD. It depicts heaven and hell, and inspires Araki in his existential exploration of Life (Sex) and Death through photography. The balance of polarities is a major thread running through the exhibition, from the far-famed series Satchin and Sentimental Journey / Winter Journey, to the numerous photobooks, to the most recent photographs: banality and spirituality, light and shadow, reveal and disguise, fact and fiction, rationality and passion, creation and destruction, seduction and decay, life and death, paradise and hell.

Furthermore Nobuyoshi Araki is the inspiration and starting point for the winter issue of Foam Magazine, which aims to examine his affect and influence on contemporary photography.