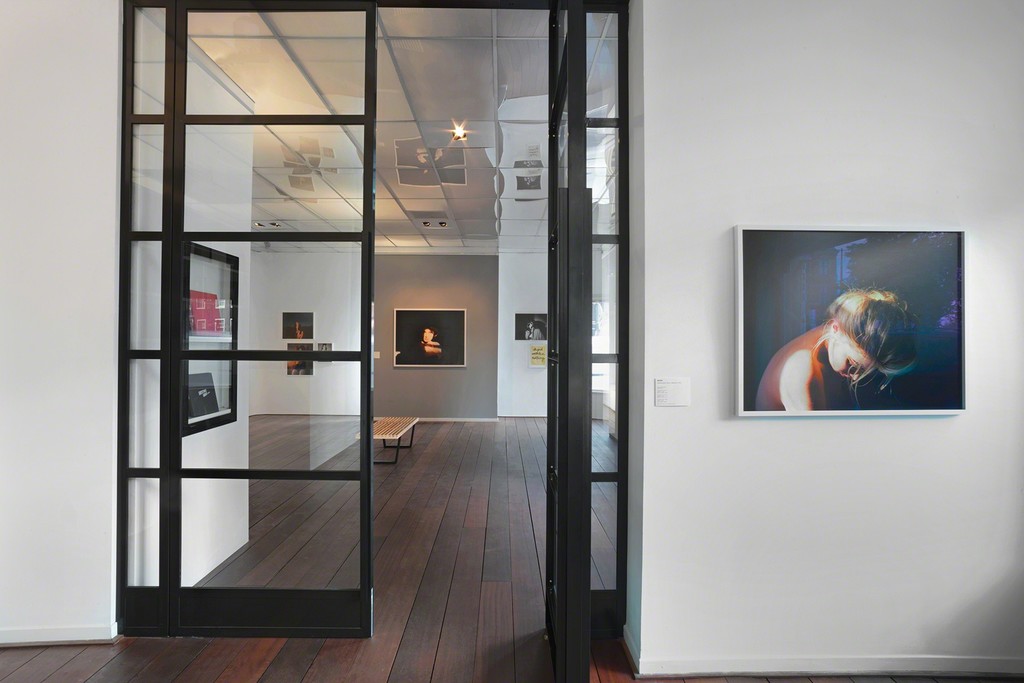 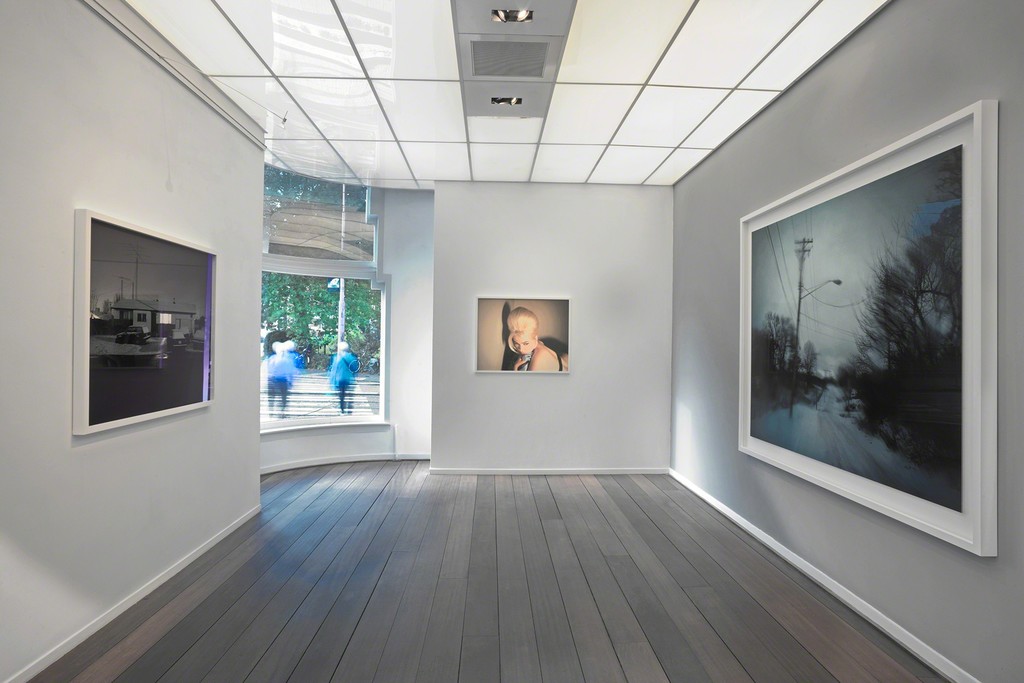 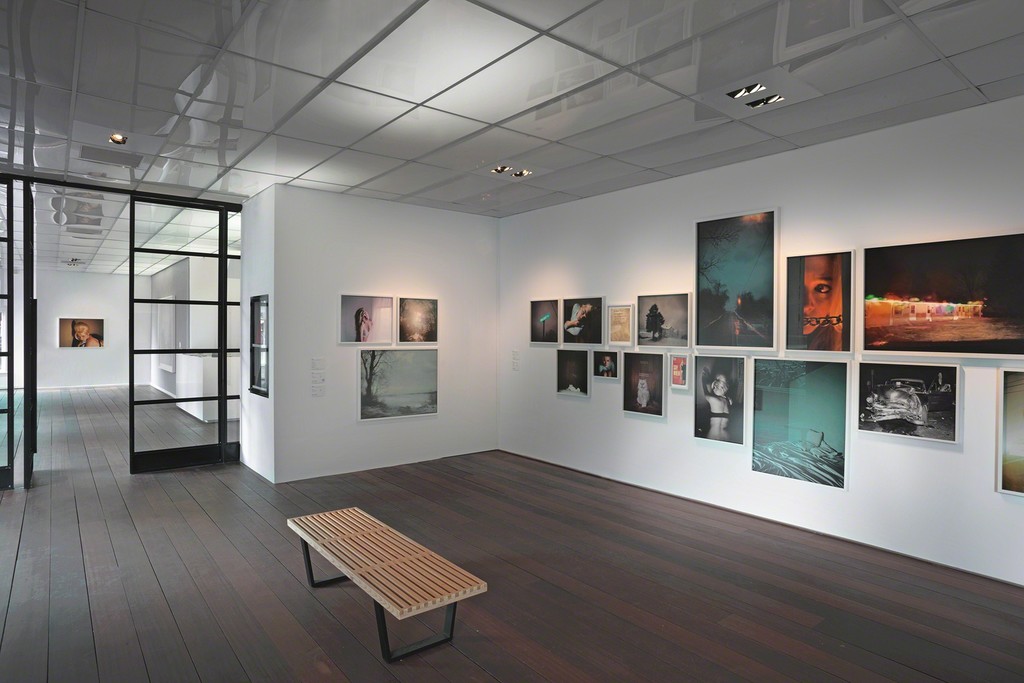 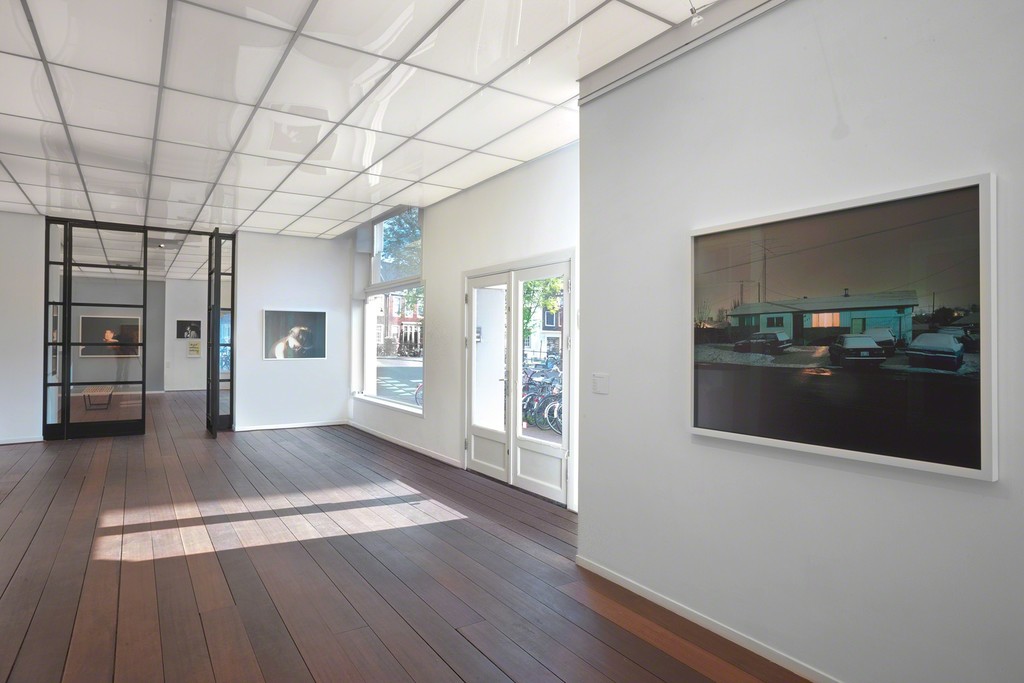 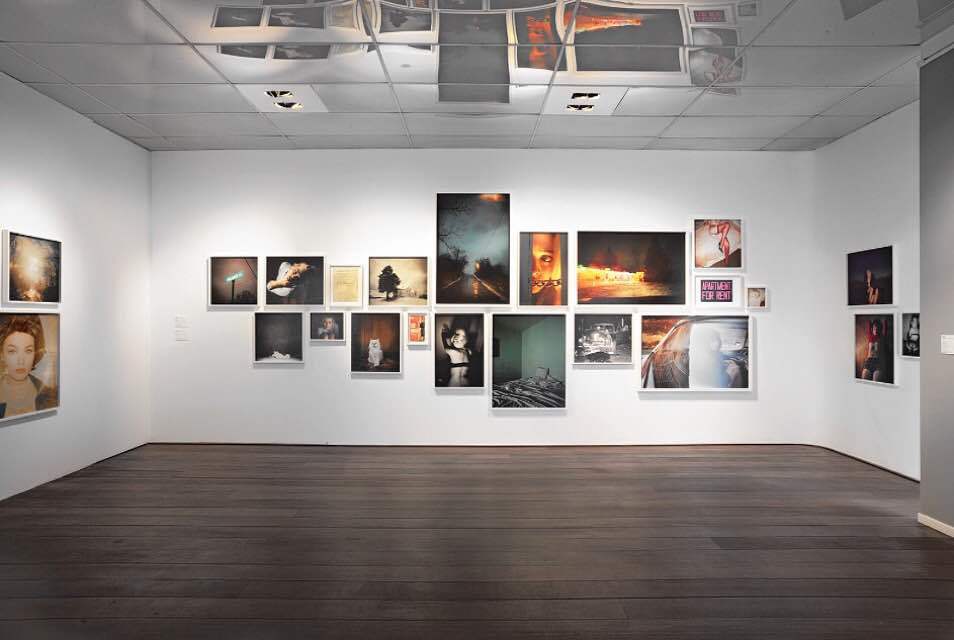 SELECTIONS FROM A SURVEY – KHRYSTYNA’S WORLD

Opening and book signing on Saturday, September 12th from 5 – 7 pm
The artist will be present.

Something is going to happen. We can feel it. A car pulling up. An argument overheard. The shattering of glass. Or maybe it already happened: a crumpled bed, a lamp left on, a door slammed shut.

In his celebrated shots of American suburbia, photographer Todd Hido excels in capturing a sense of the disturbed moment. Whether in his eerie exteriors of isolated houses at night, where the only source of life emanates on to the street from a single lit room, or his carefully framed interior shots of freshly tousled sheets of a single bed, or the numbing glare of an old TV set, and even in his disturbing yet evocative images of female models, a confusing yet very real range of female identities lifted from his past — we feel a sense of unease: some allow vulnerability and others exhibit empowerment.

These powerful cinematic images have a rich cultural impact, recalling the legacy of filmmakers such as Alfred Hitchcock and David Lynch, novelists Raymond Carver and Stephen King.
For the first time in the Benelux, Hido will exhibit a selection of his extraordinary body of work in a solo exhibition, Selections From A Survey: Krystyna's World, at the Reflex Gallery, Amsterdam, from September 12 to November 15. A new group of works unique from this show will be presented at Unseen Photography Art Fair in Amsterdam running from September 18th-20th.

This exhibition invites viewers to dwell on the images and ideas that have followed the artist through his lifetime, continually finding new manifestations in his work. This selection focuses on alternatives, b-sides, brand new works, and unseen one-of-a-kind collages that Hido only recently added to his oeuvre in 2015 — not to mention a few unseen pieces to be included in his mid-career survey to be published by Aperture in Spring 2016. Reflected are Hido’s classic nocturnal themes and populated primarily with photographs of his model Khrystyna — a tacit partner in his cinematic narratives, and a shape shifter in the nightscapes, interiors, and psychological landscapes that she haunts.

Selections From A Survey: Krystyna's World comprises 37 works, both seen and unseen, ranging from intimate shots to prepossessing large-scale images.
Reflex Gallery are delighted to release an accompanying book, for sale at the gallery. The artist will be signing copies on the opening night.

Todd Hido is a San Francisco Bay Area-based artist whose work has been featured in Artforum, The New York Times Magazine, Eyemazing, Wired, Elephant, FOAM, and Vanity Fair. His photographs are in the permanent collections of the Getty, the Whitney Museum of Art, the Guggenheim Museum, New York, San Francisco Museum of Modern Art, the Los Angeles County Museum of Art, and Pier 24 Photography, as well as in many other public and private collections. He has over a dozen published books; his most recent monograph titled Excerpts from Silver Meadows was released in 2013, along with an innovative b-sides box set designed to function as a companion piece to his award-winning monograph in 2014. Aperture will publish his mid-career survey in 2016.