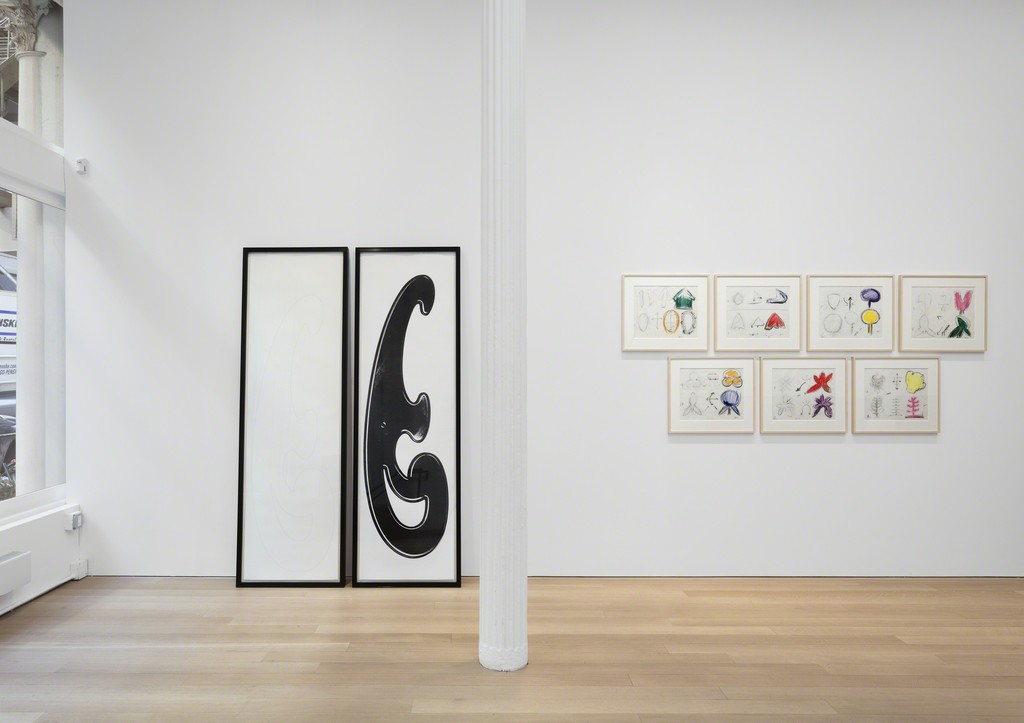 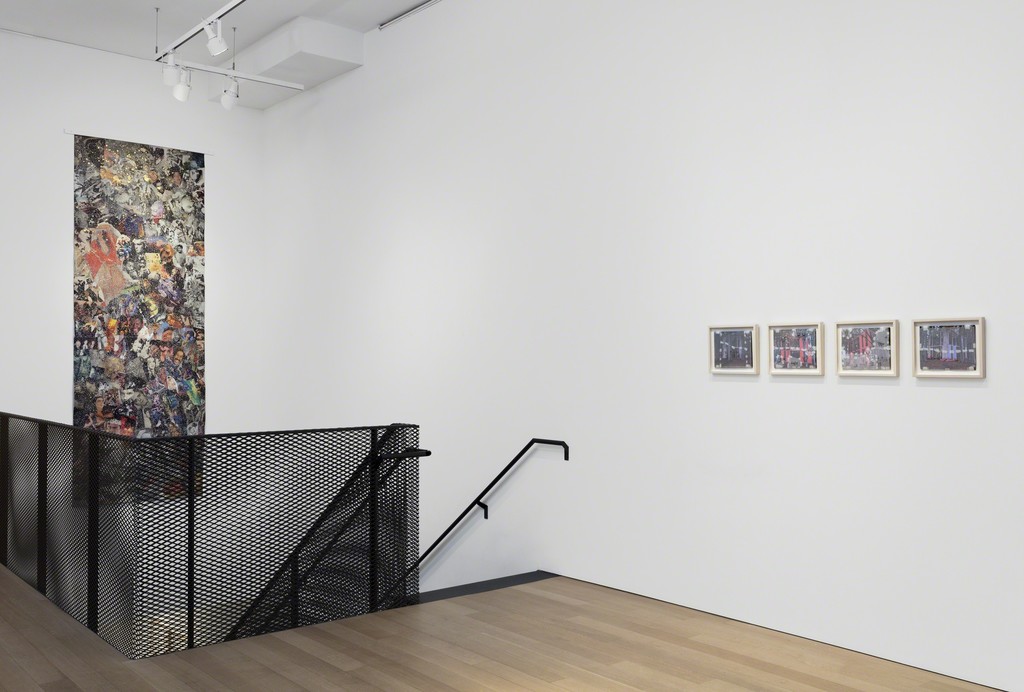 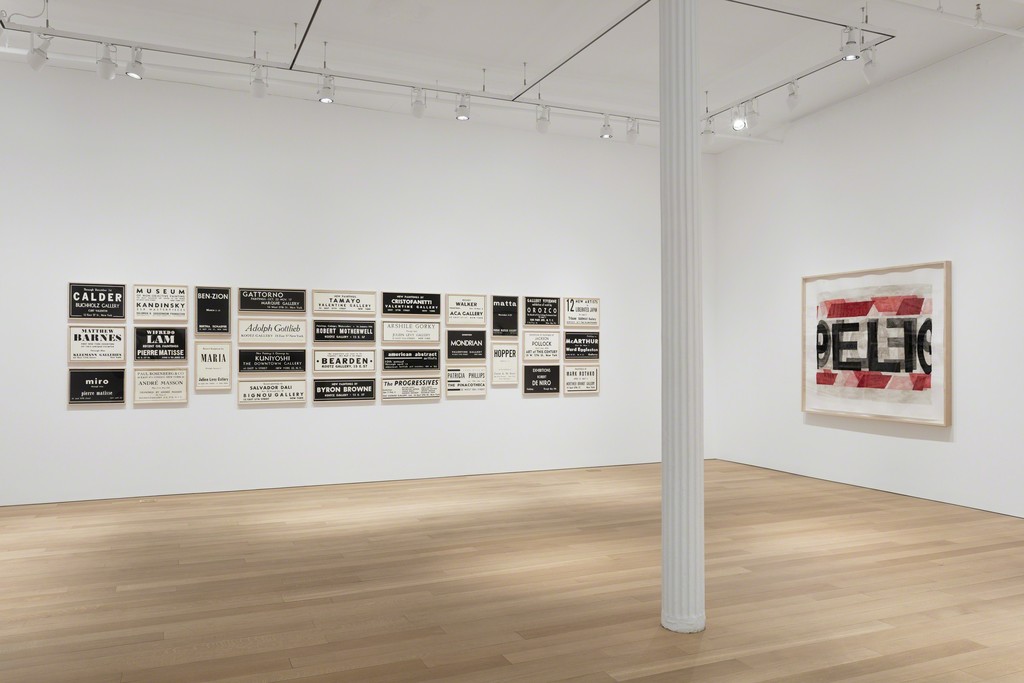 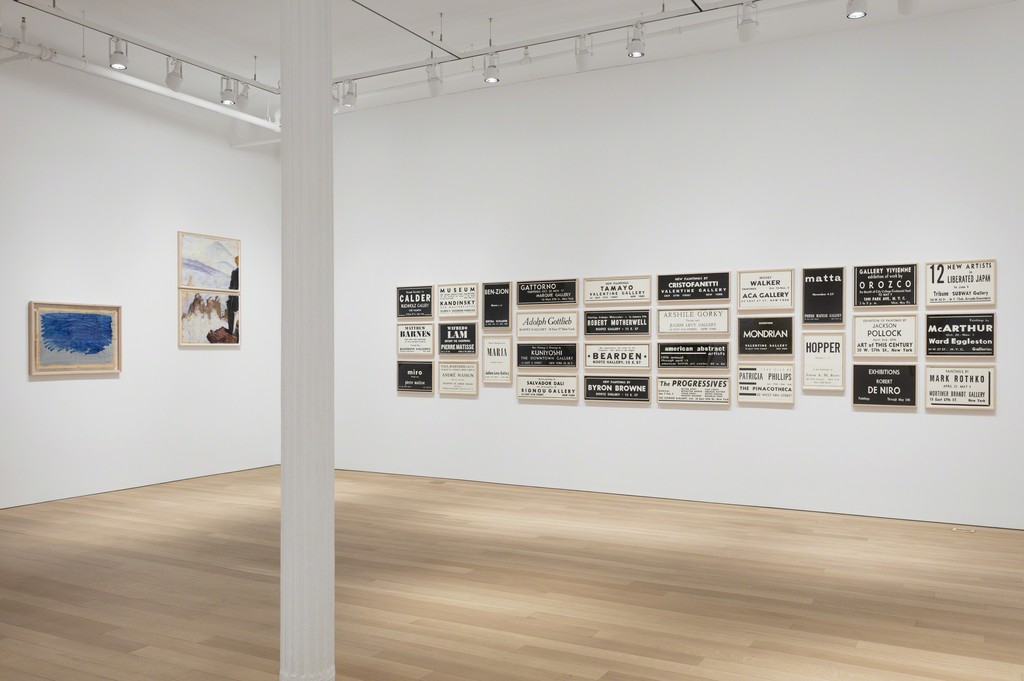 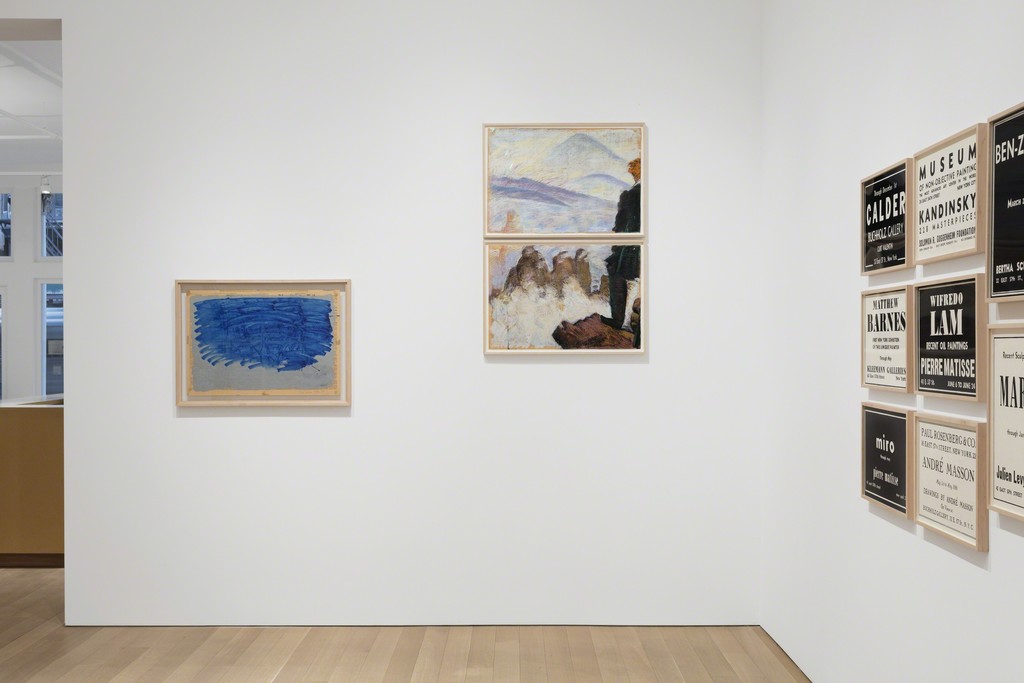 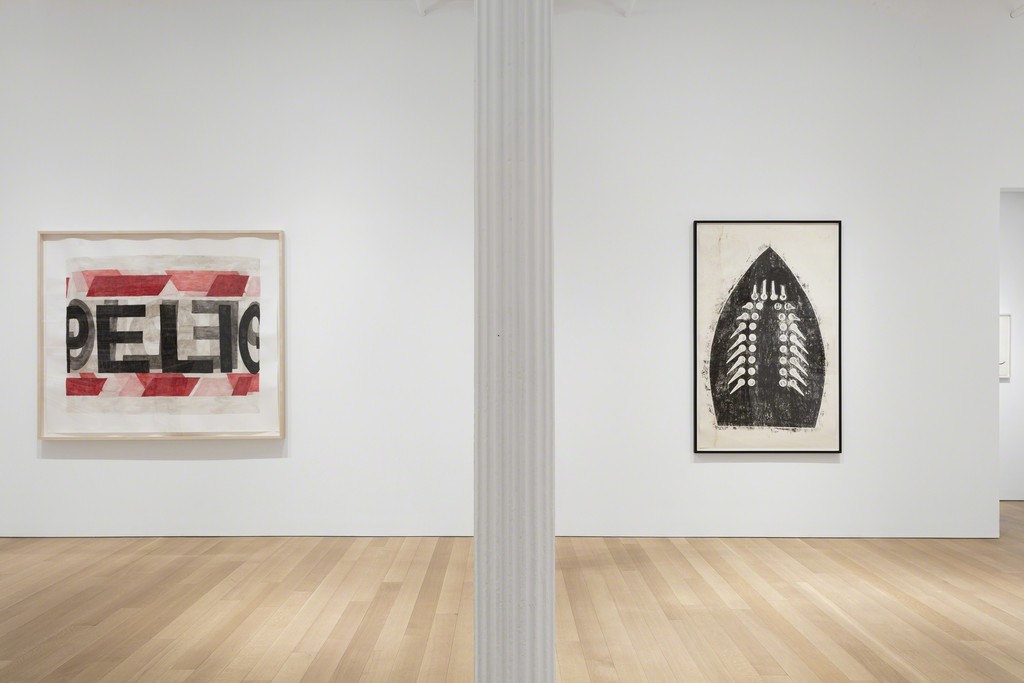 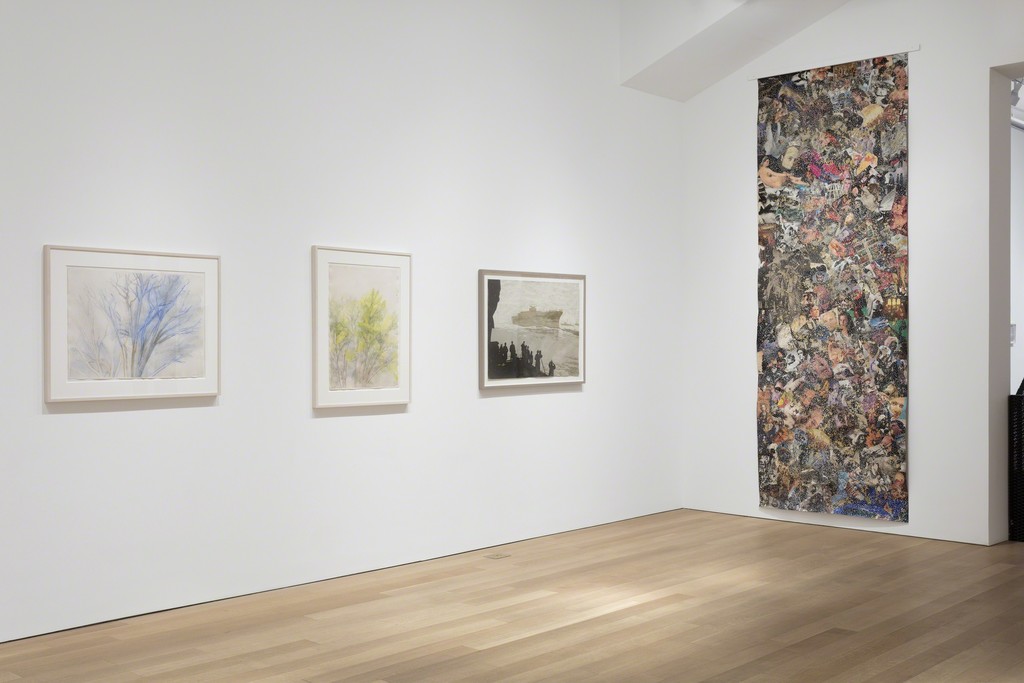 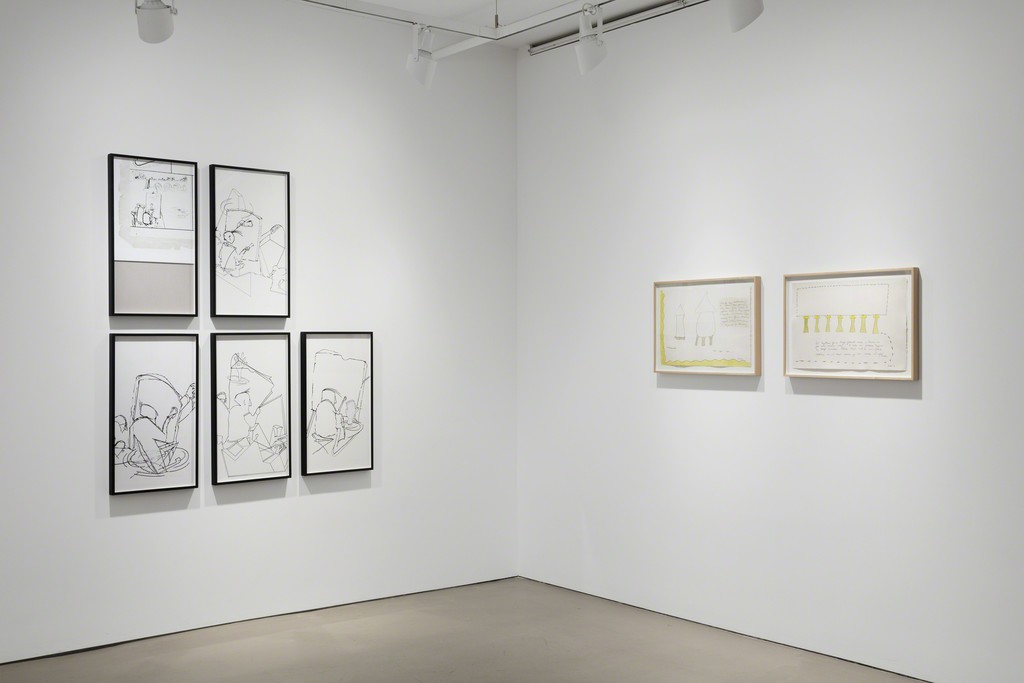 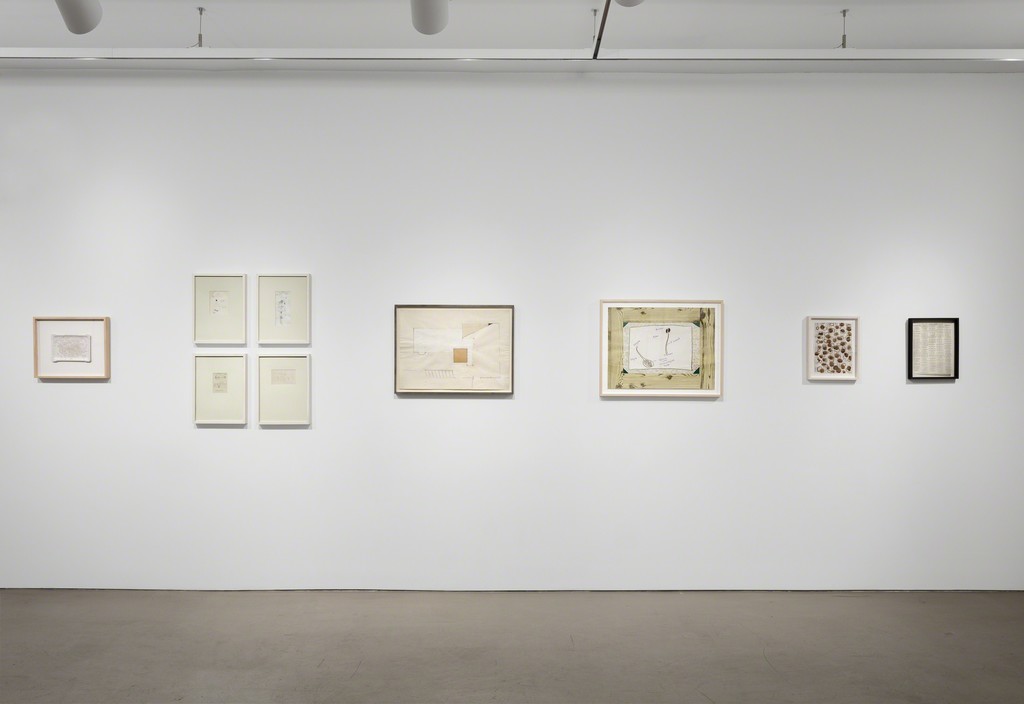 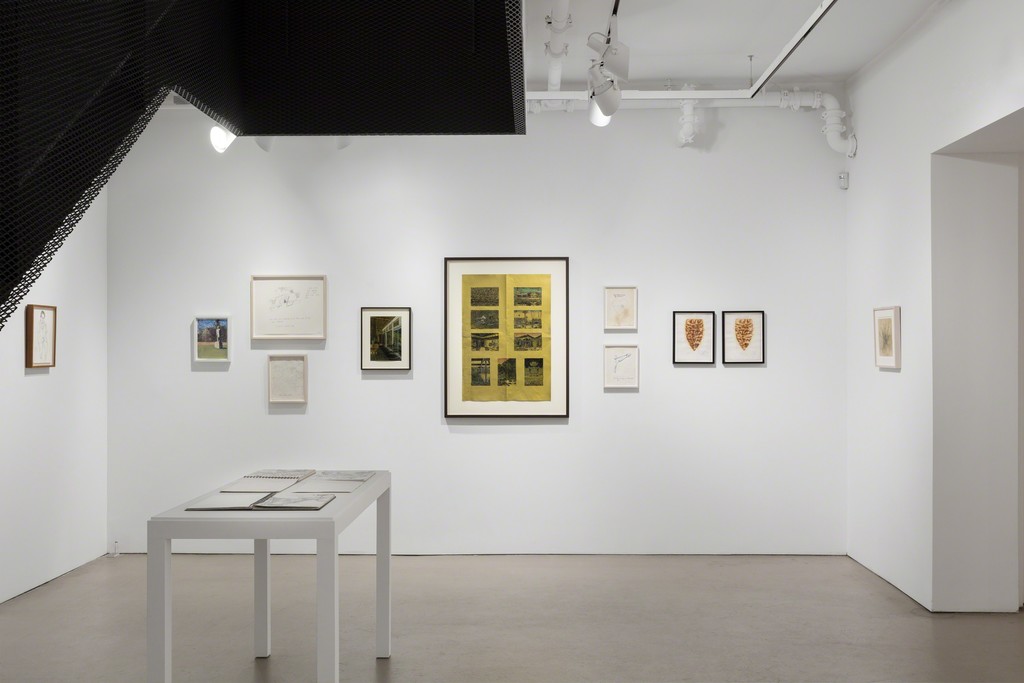 Alexander and Bonin is pleased to announce the opening of 101 Drawings, an exhibition of works on paper by eighteen artists, on Friday, January 12, 2017.

The exhibition brings together a dynamic array of approaches to the art of drawing, from the representative and expressive to the conceptual. It presents the works of artists engaged in explorations of different materials and processes, from traditional forms of representation such as line drawing, ink, and watercolor to alternative processes that challenge conventional notions of drawing such as collage, text, scorch, or perforations. For artists such as Diango Hernández and Michael Buthe, drawing is an almost daily activity that is integral to their artistic practice. Others turn to works on paper as the medium best suited to express specific concepts. While Stefan Kürten and Sylvia Plimack Mangold’s works on paper relate to some of their larger works on canvas, they are not studies for but iterations of these subjects in a different medium. John Ahearn’s portraits and Víctor Grippo’s diagrams reflect their practices in a more oblique way.

A seemingly conventional gouache on paper, Matthew Benedict’s work, Foundering Dragger (2016), reinvigorates a graphic style reminiscent of early twentieth century adventure story drawings to imbue the image with narrative allusions commonly associated with the art of illustration. Paul Thek’s expressive seascape, Sea series (1975) makes use of an unconventional material – a spread from the International Herald Tribune − as the surface for gestural brushstrokes. While alluding to the artist’s sojourns on the Italian island of Ponza, the work’s use of newspaper and the exposed date point to the diaristic and fleeting nature of experiences. Unique in its materials is Mona Hatoum’s Clouds (22) (2008). For this work, Hatoum has traced the contours of incidental grease stains on a take-away plate with red ink, resulting in what appears as the map of an archipelago. The inherent randomness of these delineations and territories serves to question the line drawing practice of cartography.

Several works included in the exhibition provide an insight into artists’ practice. Ree Morton’s Drawings for Manipulations of the Organic (1977) consists of preparatory drawings for the artist’s last large-scale installation; a frieze composed of fourteen paintings based on Louis Sullivan’s design for architectural ornaments. While the American architect’s design system subjected natural motifs to geometrical discipline, Morton’s representations of leaves, in turn, liberated Sullivan’s images from the confines of symmetry to grant them color, volume, and individuality. Morton’s drawings offer a window onto the artist’s thought process; between each leaf motif and its vitalized version exists an intermediary figure that reveals the sections in which Morton believed it necessary to bestow movement and life. Similarly, Jorge Macchi has underlined the significance of his watercolors in relation to his artistic practice; “they facilitate the way I expect the audience to look at my pieces,” the artist pointed out. For Macchi, drawing has become a way to both transcribe and incite a purely visual experience. The work danger tape (2011) derives from the artist’s own experience of the surreal in the everyday and produces a similar effect on viewers through the simple act of observation and close consideration. Carlos Bunga contributes the most recent works with four collages made during his residency at The Watermill Center this past autumn. The collages add a layer of meaning to the site-specific installation created at the center; the ghostly appearances of forest animals point to the ways in which Bunga’s structure sensitively reflects the geographical and temporal conditions of its environment.

A number of works on paper encourage viewers to consider objects and matters anew. Most well-known for assembling and transforming ordinary domestic objects into evocative sculptures and installations, Willie Cole’s drawings also explore the implied references of everyday objects. In Proctor Silex (ca. 1992), the shape, vents, and holes of a steam iron dictate the form of a two-dimensional mark. Enlarged to a startling effect, it abandons allusions to the object from which it originated to echo the design of traditional African shields. Fernando Bryce’s working method of “mimetic analysis” similarly aims for reconsideration. By faithfully and meticulously reproducing selected archival print materials as ink-on-paper reconstructions, Bryce encourages viewers to examine the ways in which historical events have been represented in the printed media. ARTnews 1944-47 (2015), an installation comprised of 31 ink drawings, reconstructs gallery advertisements published in the prevailing contemporary art magazine of the period to underline the diffusion and representation of Abstract-Expressionist, European, and Japanese artists in postwar New York. With French Curve Diptych (2006) Rita McBride draws attention to the architectural drawing tools that fell out of use in the digital age. While the French curve’s original purpose was to assist in the production of a design, McBride manipulates its scale to displace it to the field of aesthetic commodities, thus emphasizing the obsolescence of its technological use.