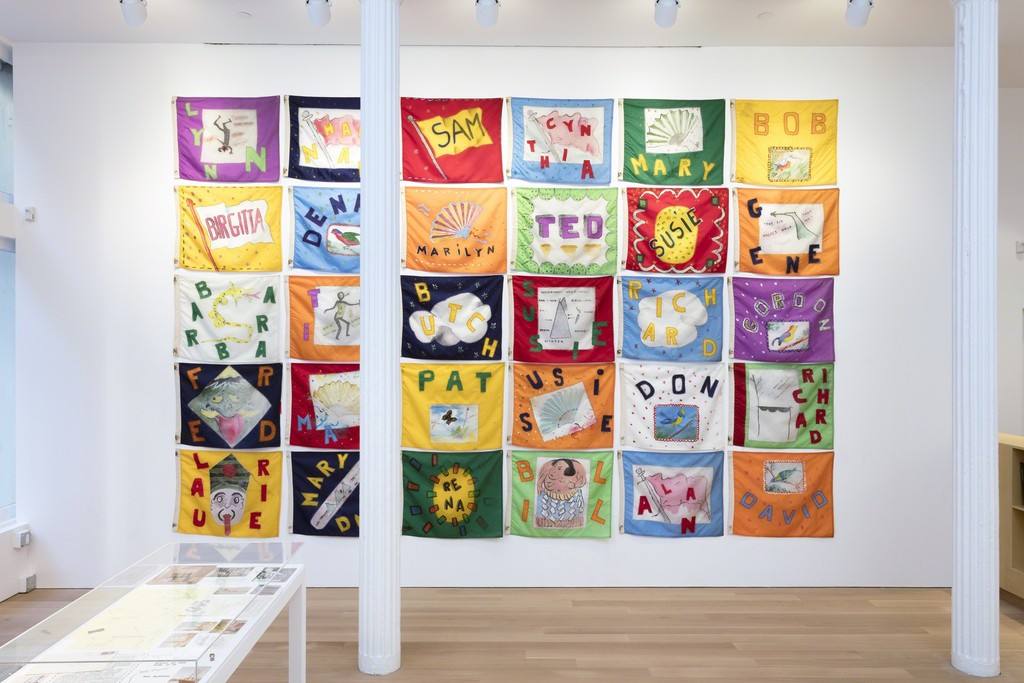 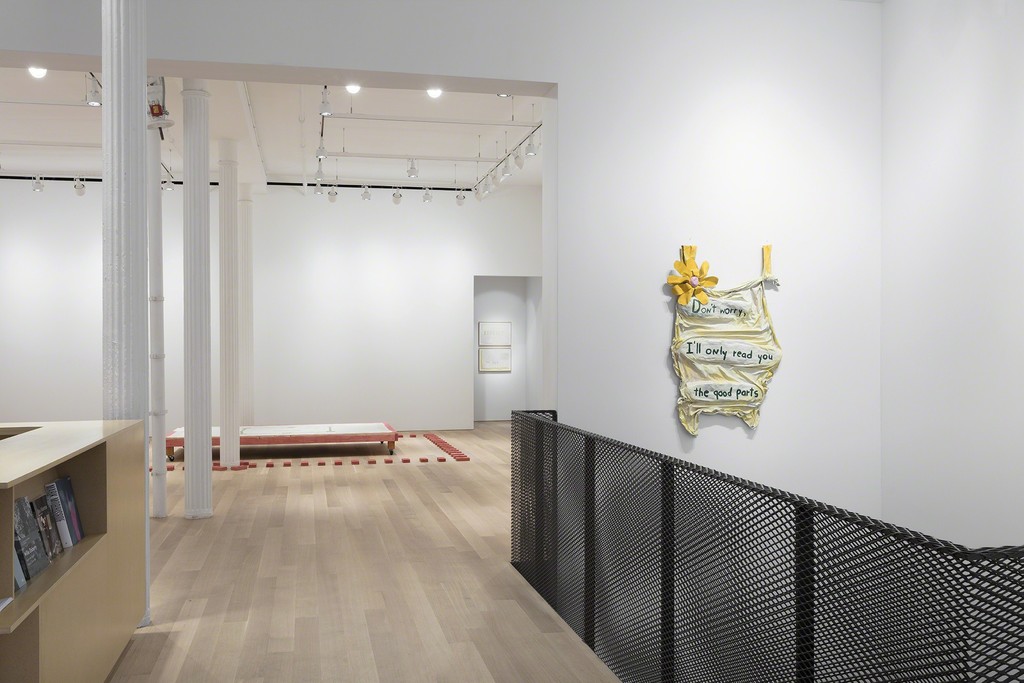 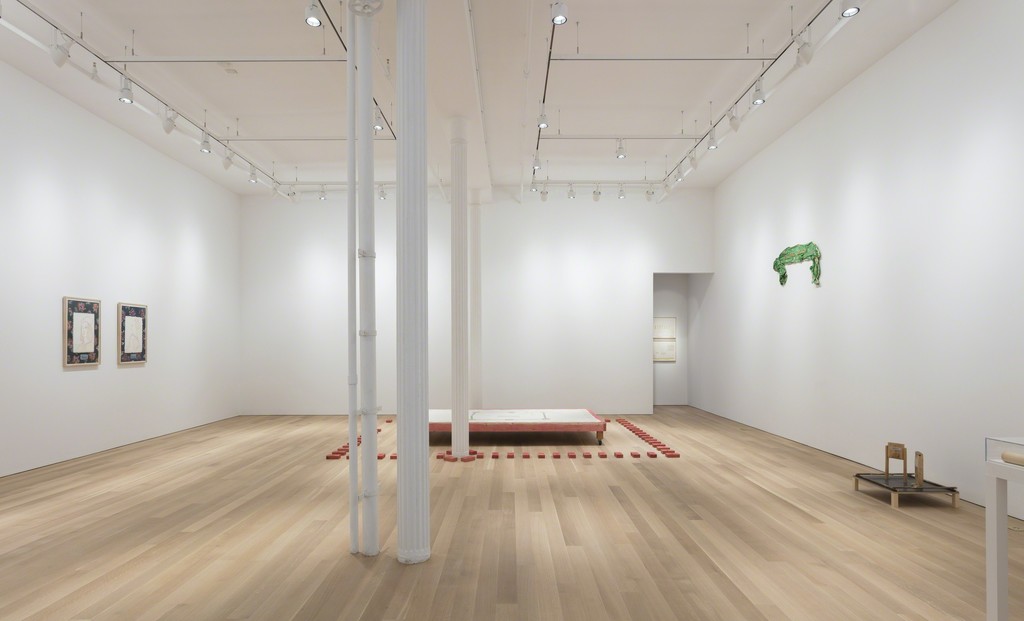 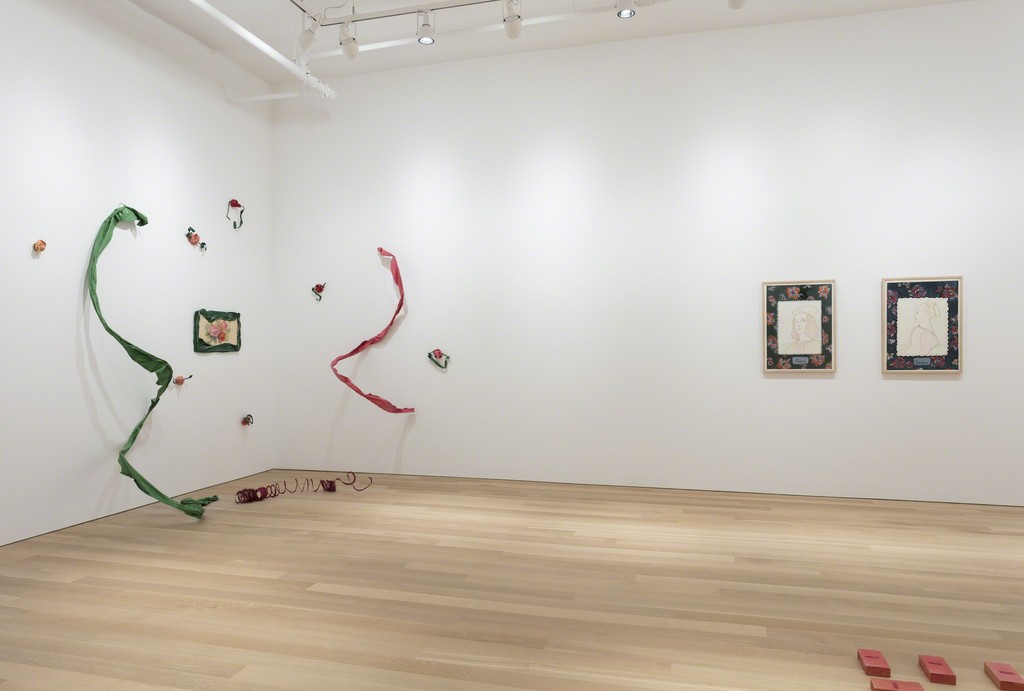 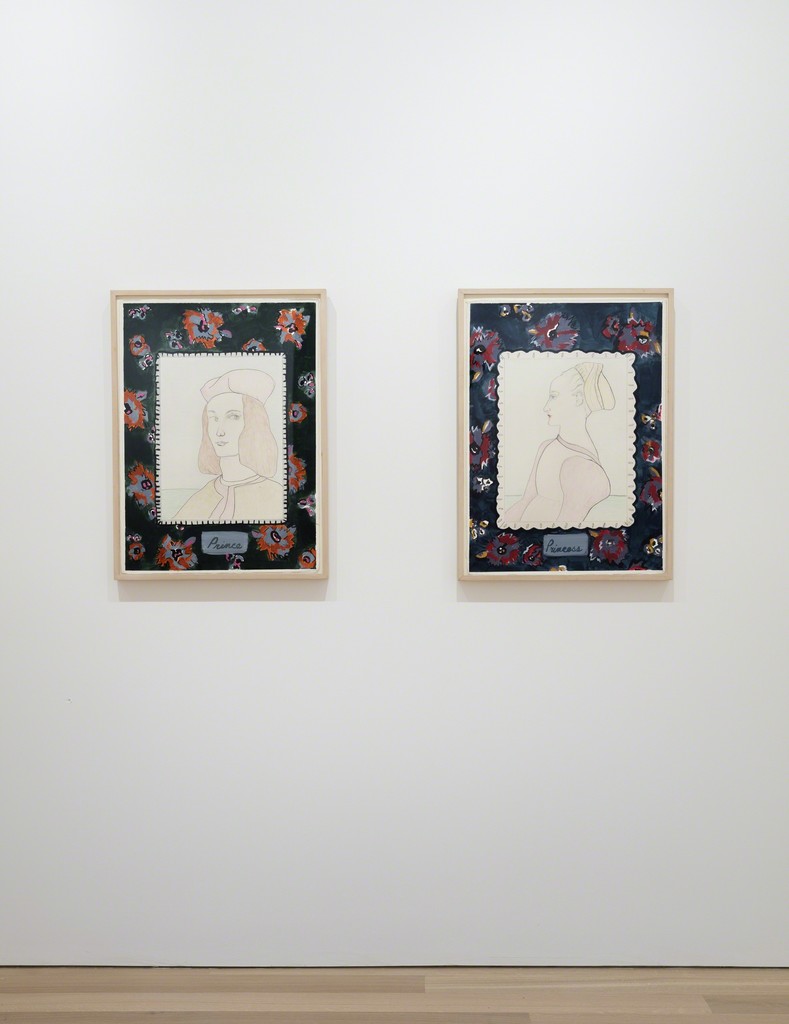 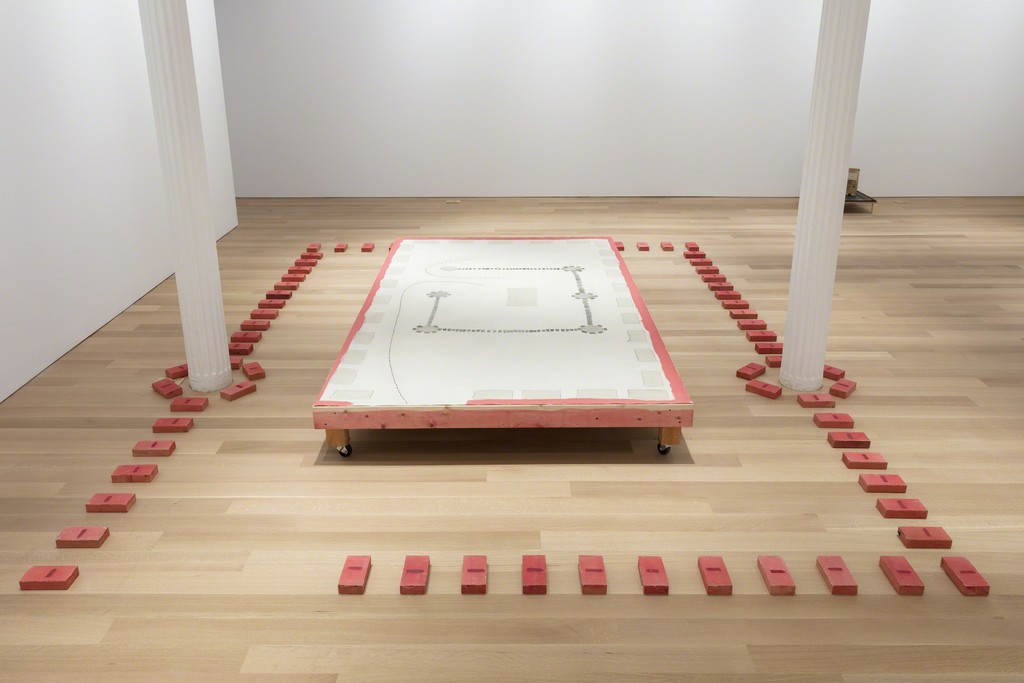 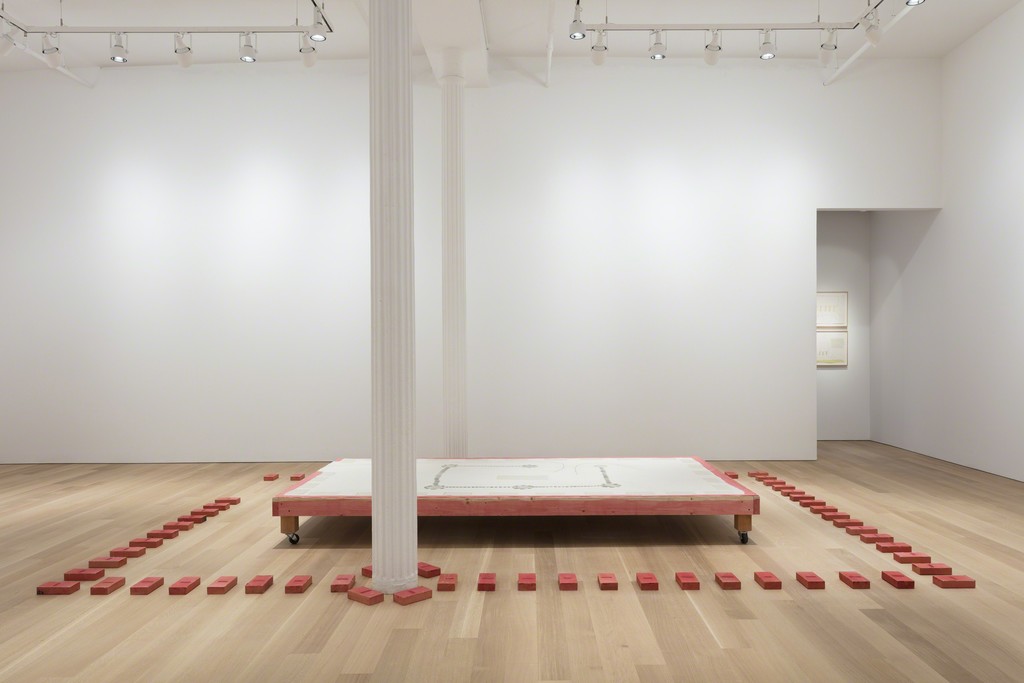 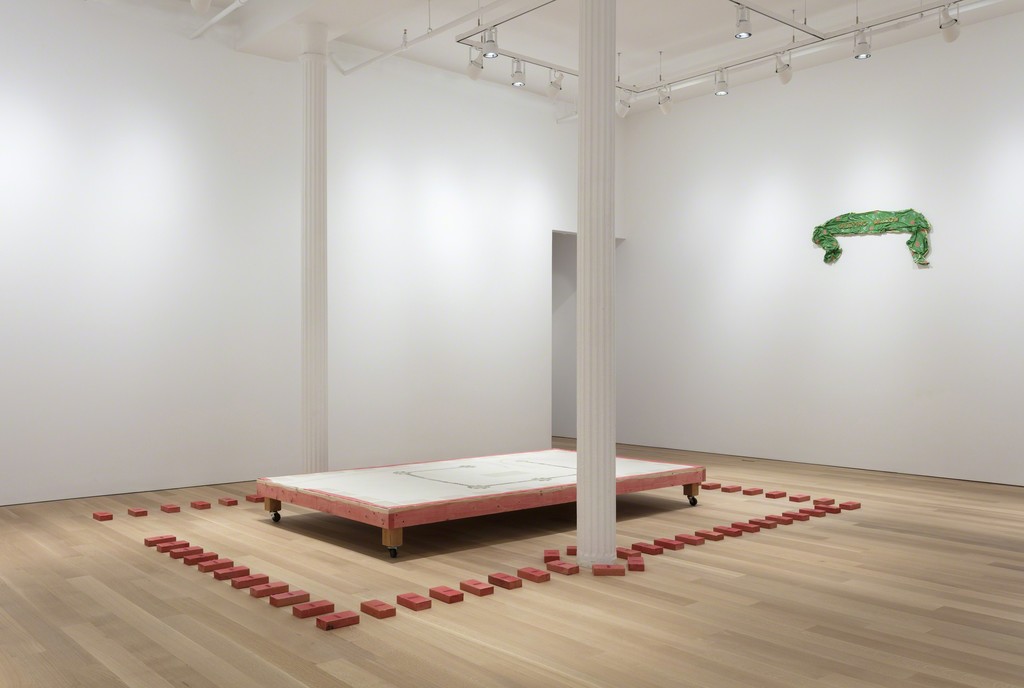 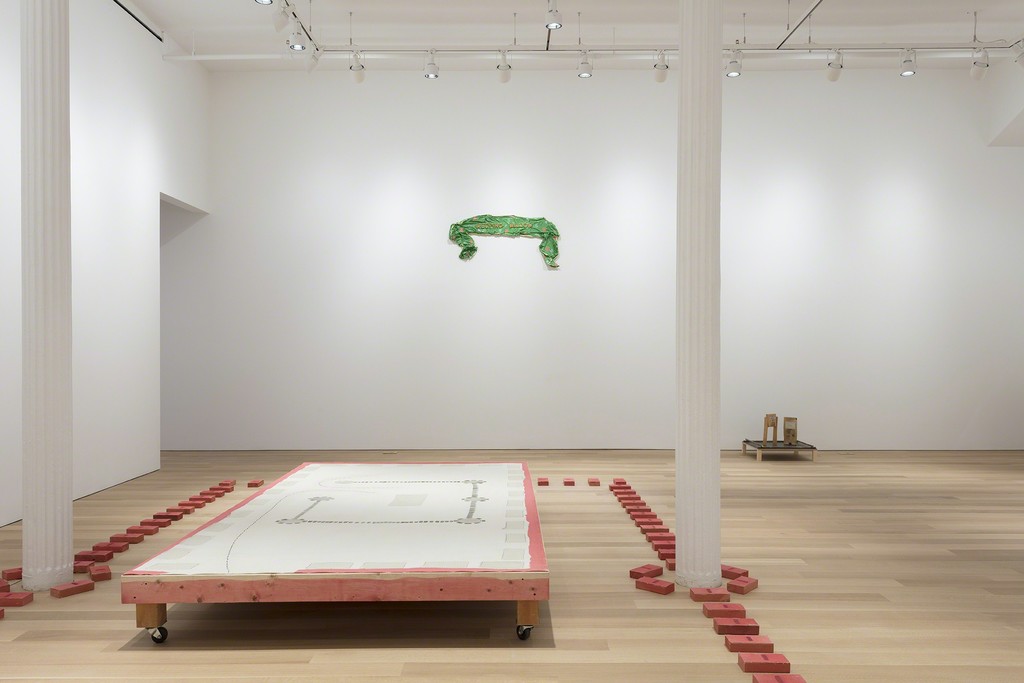 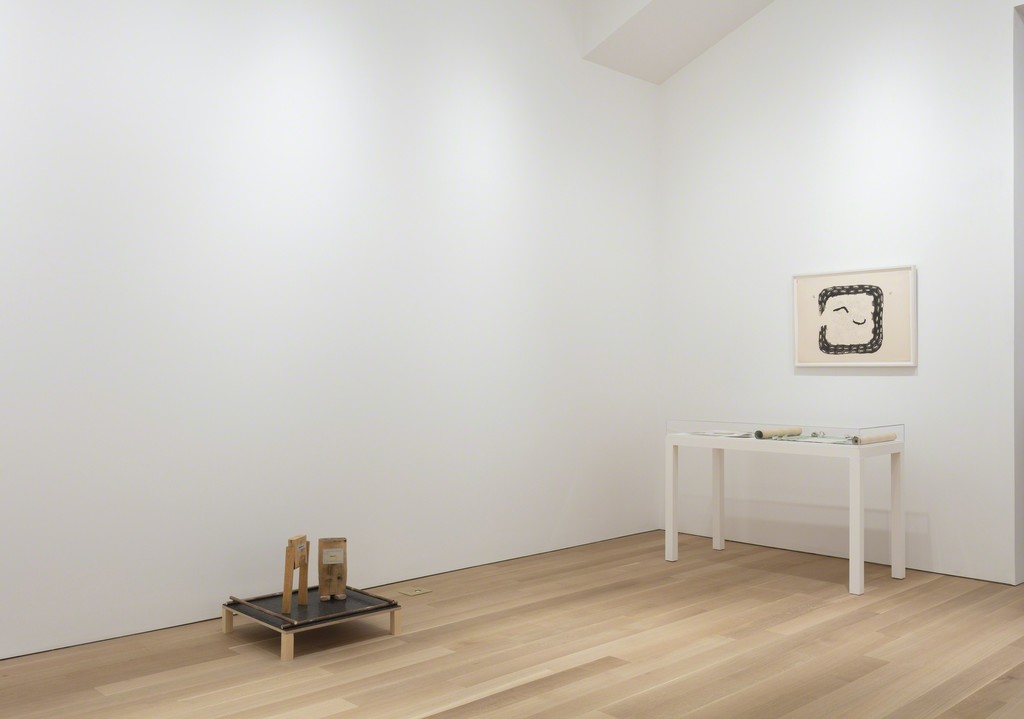 Ree Morton came to prominence in the late 1960s, at the intersection of post-minimalism and the formative period of installation art. The exhibition at Alexander and Bonin will include several rarely seen works, including Column Piece, which was in a four person exhibition at LoGiudice Gallery in 1972. Column Piece maps the physical space of the gallery by outlining a rectangular area with painted faux bricks, which encircle a 6x10-foot painting mounted on a wheeled platform. The painting itself delineates a topography of the newly created space. Something in the Wind is comprised of hand-sewn and painted flags, each of which names a close friend, family member, or fellow artist. First displayed rigged to the masts of the Lettie G. Howard, docked at the South Street Seaport during the Summer of 1975, the flags were also included in a lifetime exhibition a year later at the University of Rhode Island, Kingston. For Kate (1976) exemplifies Morton’s confluence of painting, sculpture, and constructed ‘environments.’ Installed in a corner, a painting of roses is bracketed by two large ribbons unfurled in space and embellished with three-dimensional roses. Primarily constructed of celastic − a malleable plastic material which Morton manipulated into shapes resembling fabric − For Kate was shown in a faculty exhibition at UC San Diego in 1976 and recently reassembled for Morton’s 2015 retrospective at the Reina Sofía, Madrid.