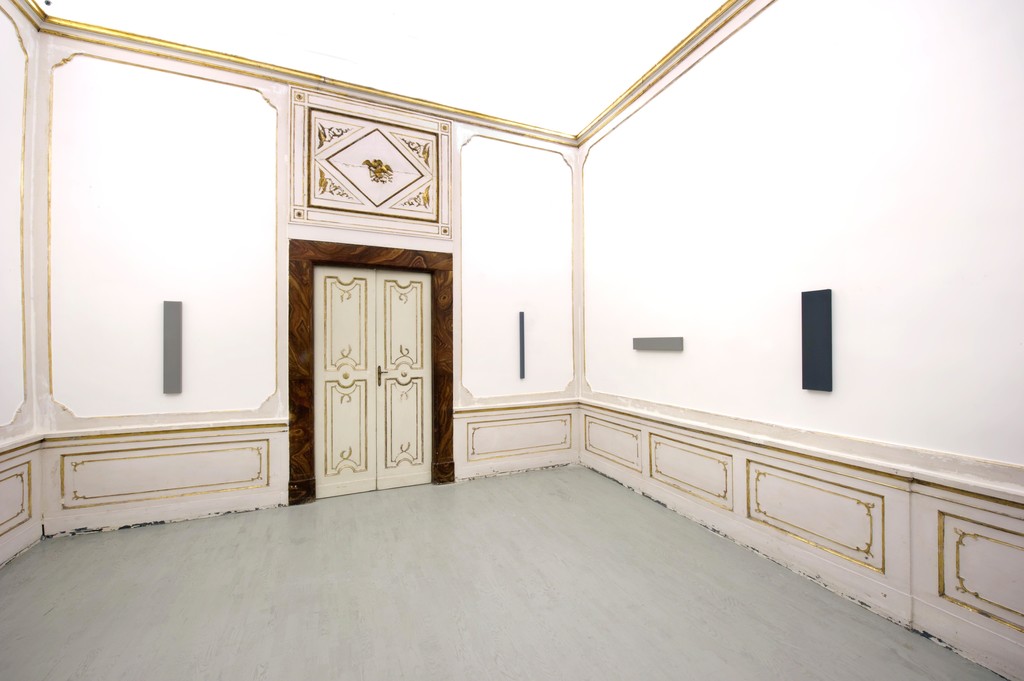 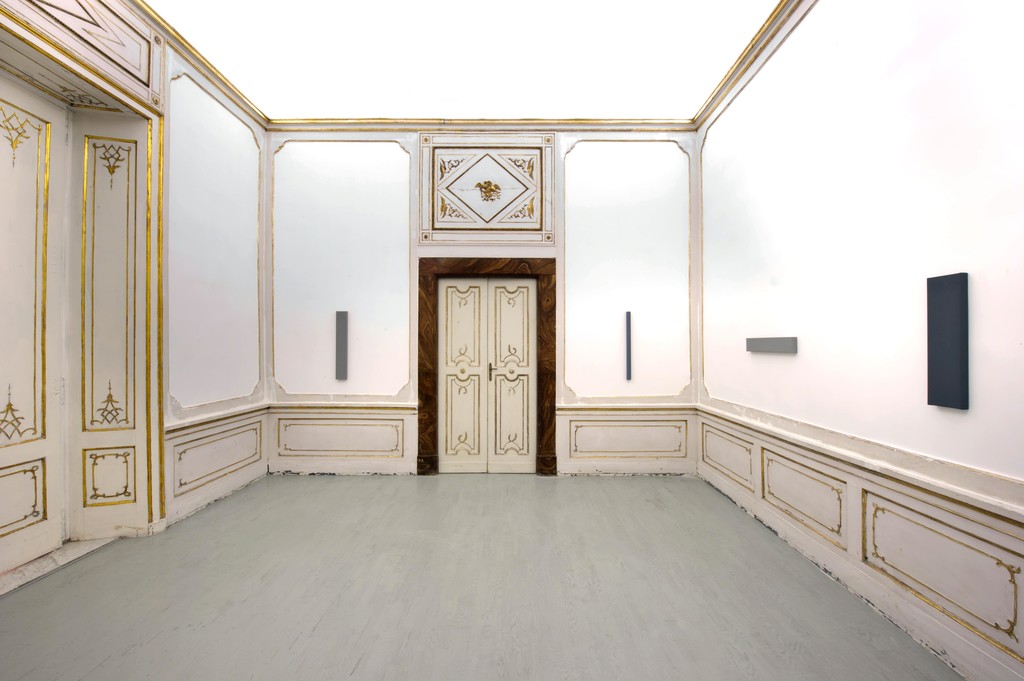 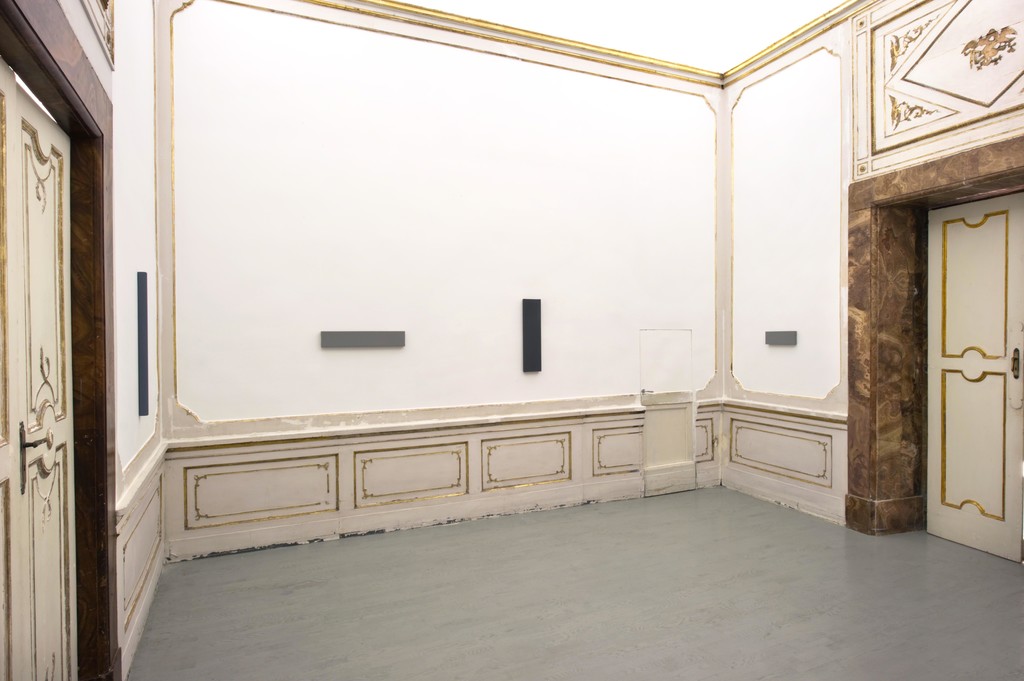 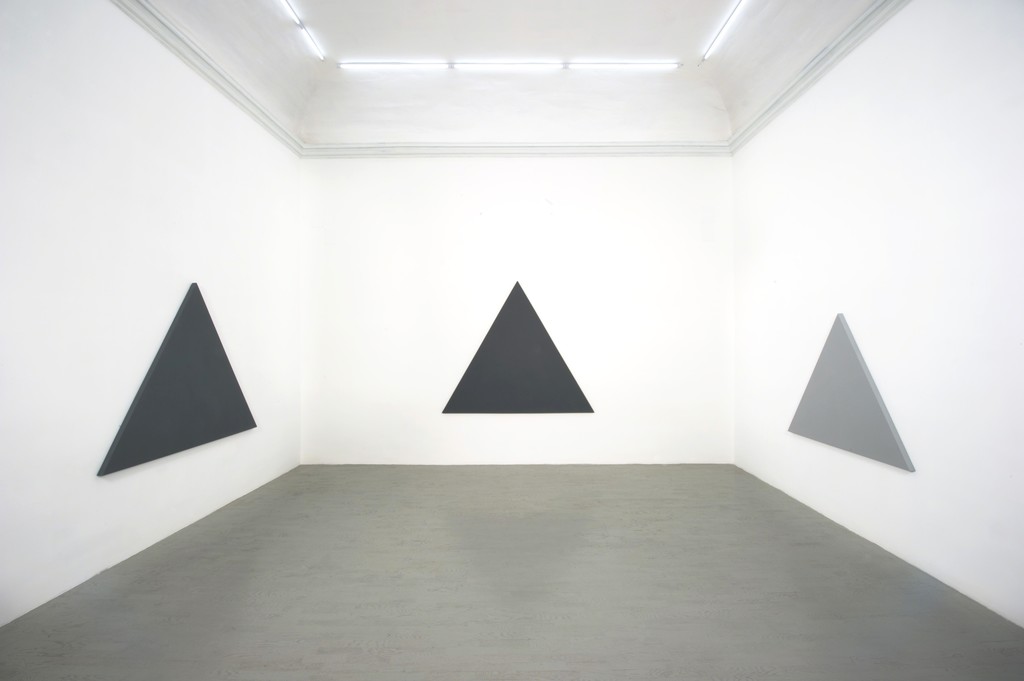 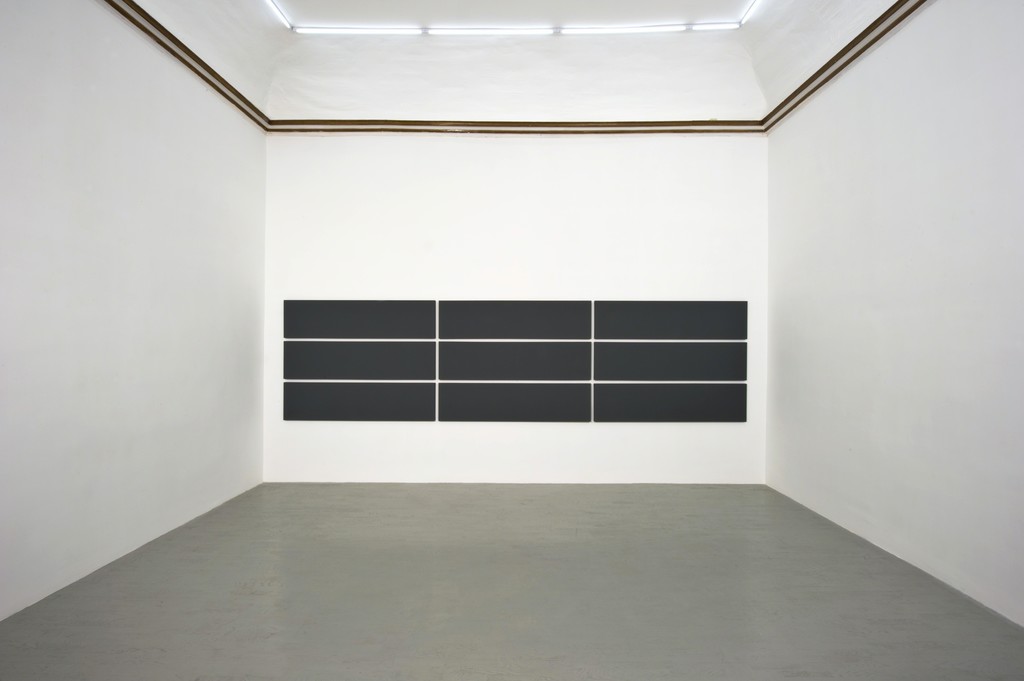 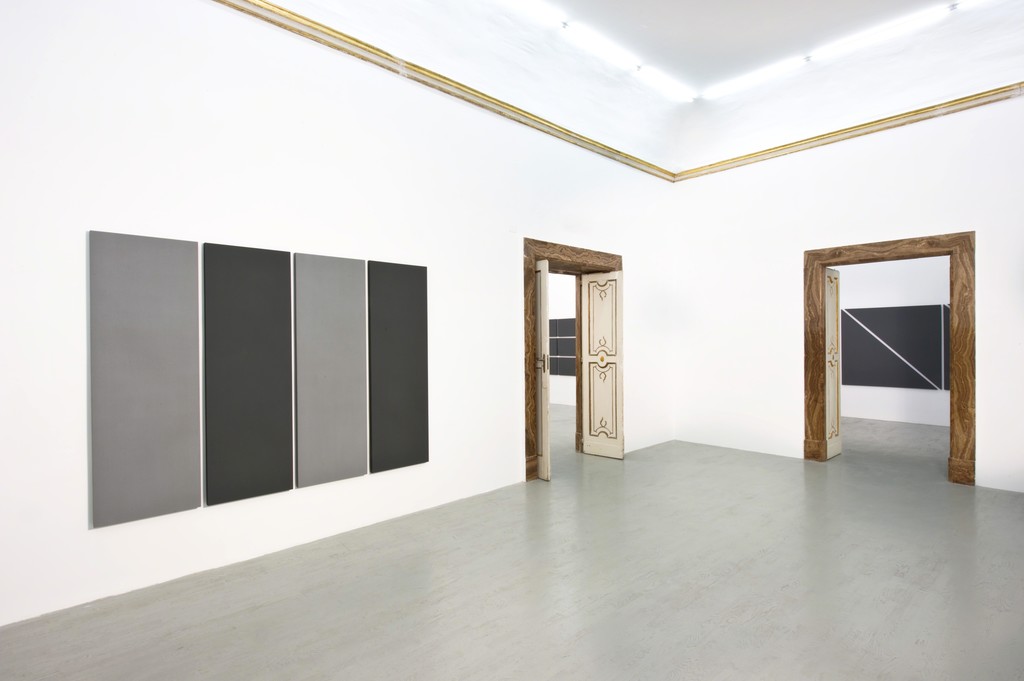 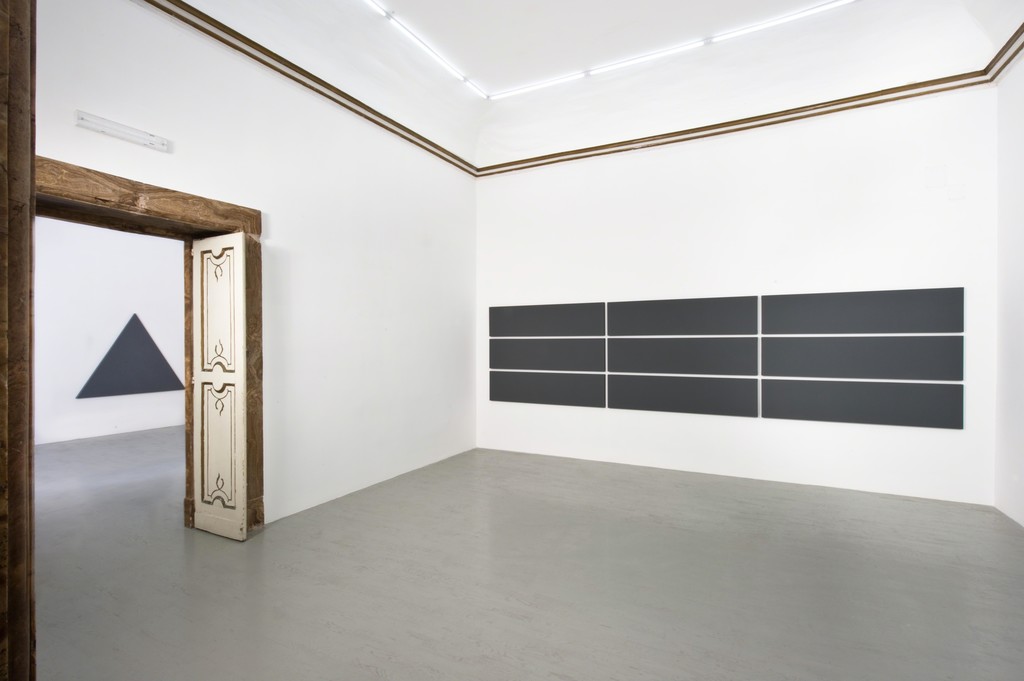 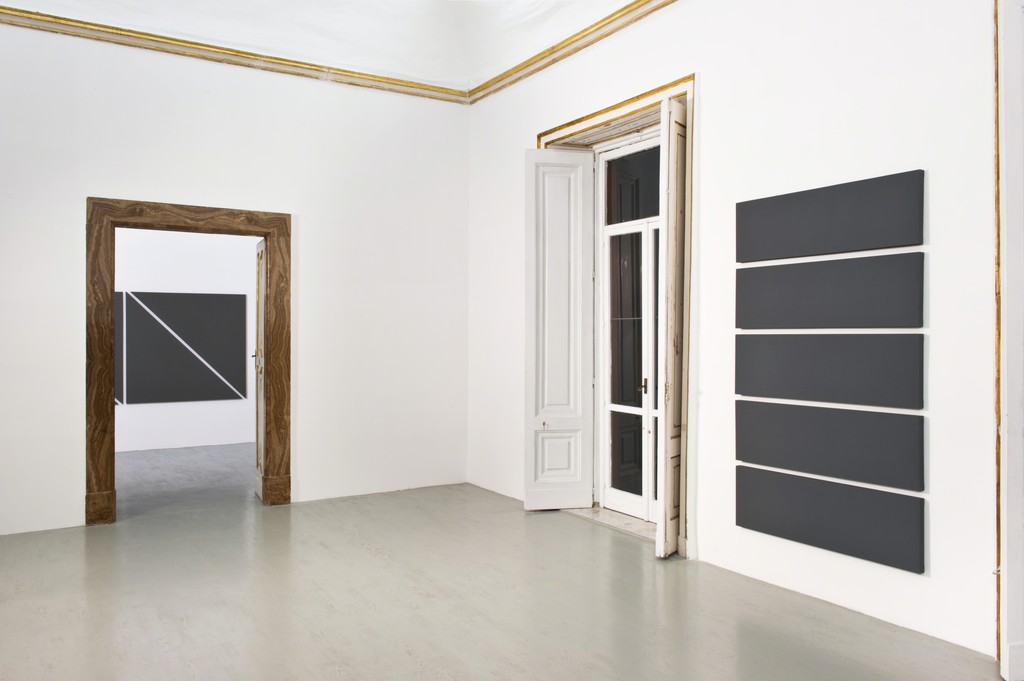 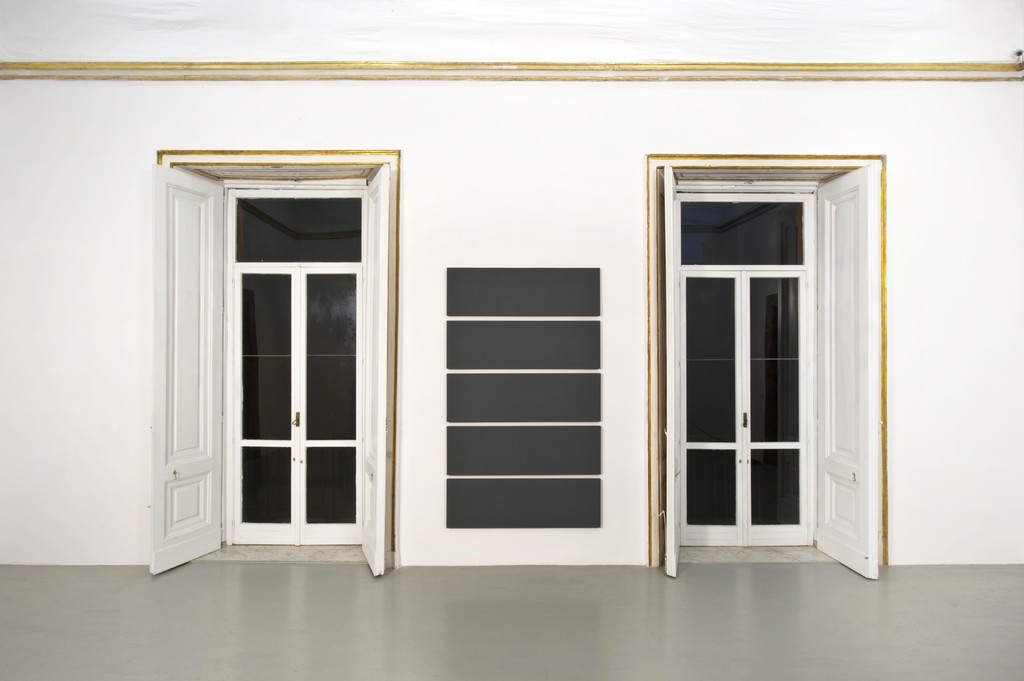 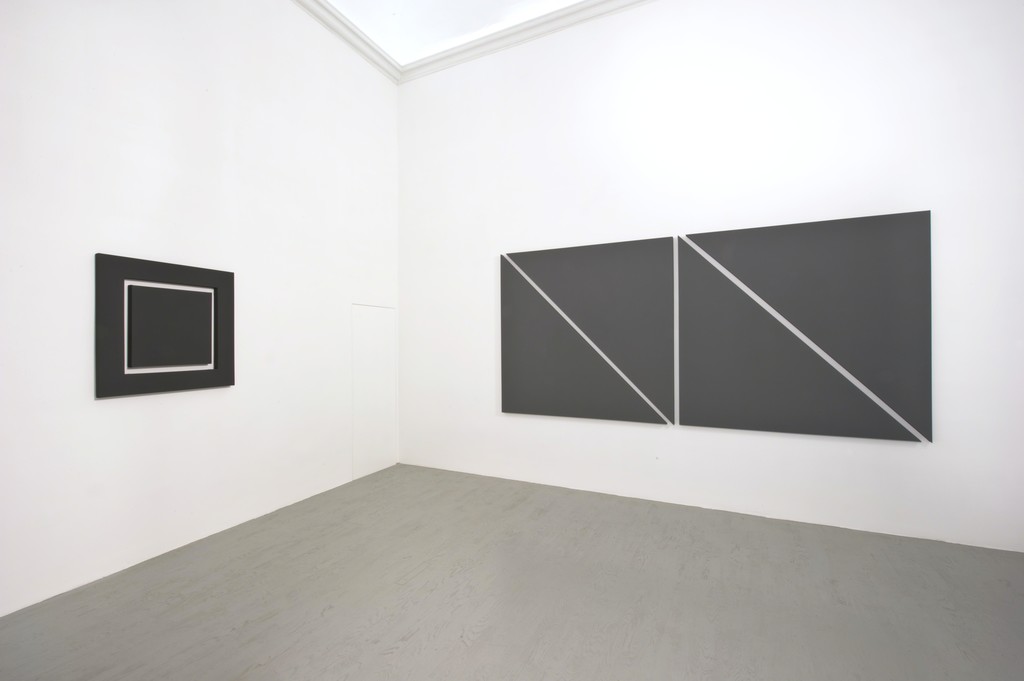 For his seventh exhibition at the Alfonso Artiaco Gallery, Alan Charlton (born 1948 in Sheffield, England) presents a selection of works from the 1991 until 2012. Even if they belong to different periods of the artist’s production, all are steps of the same path, the path that he started back in 1969 when he did his first grey painting as a student at Camberwell school of art. “I began a set of paintings with a worklike approach buying wood from the timber yard, paint from the hardware shop, choosing urban colours. I made the structures stretched with white cotton duck - I associated brown linen to the figurative painting I wanted to leave behind. Each was painted with a household brush as even as possible like painting a door. Each painting had a single colour, black, white, brown, green, red oxide, and grey. They each fulfilled what I wanted, straight forward and urban in feel. Yet the grey painting went beyond this, I didn’t know why, it just looked better than the others.” (Alan Charlton, interviewed by Guido de Werd, in Alan Charlton’s exhibition catalogue, Museum Kurhaus Kleve, 2008).
The grey painting alone seemed to be consistent in every respect with his idea of painting, indeed the artist’s statement ‘I am an artist who makes a grey painting’ contains the essence of Charlton’s oeuvre to which the artist has been faithful for the last forty years. Even if the choice of the monochrome came in the ’70 and was therefore influenced by the culture of the day, Charlton himself affirms that the more things are rapidly changing over time, the more he becomes certain in following this path.
To Charlton, being an artist means making paintings as an everyday practice, a relentless work in the studio that needs to be done, with precision and dedication. Charlton is not and does not wish to be an artist in the revolutionary sense. What is revolutionary is the constancy and resolution with which he works. As suggested above, Charlton’s making painting starts from building the physical painting: he himself does the carpentry work and puts together the wooden frame, then stretches the canvas, grinding it smooth. Looking at Charlton’s work one can certainly perceive the change of shape and size of the stretcher and canvas but what defines the painting is the kind of grey at the same time. One might hear Charlton refer to a painting as the green or the pink one, that being the colours he mixed into the basic grey to arrive to a certain colour temperature. Grey is for the artist the colour of modernity and urbanity; it unites fullness and emptiness; it stands alone for objectivity and functionality on the one hand and emotional extreme on the other: it sets the difference from the choice of the constructivist monochrome seeking for purity as, for Charlton, it is the most useful as well emotional colour there is, being, for example, the colour of melancholy.
The consistency of Charlton’s work is contained also in the modular use of the measure 4,5 cm by which one can divide any canvas and which is the size of the stretchers as well of the gaps or voids between the panels or the parts that combine or divide the painted elements. In fact Charlton’s artwork extends beyond the painted surface, including in the idea of painting the space outside the frame. His works cannot be considered completely finished until they have finally been installed because it is then that the mutual interaction between the artworks and the environment starts making this sculptural quality of the paintings a decisive part in the perceptual process of the viewer.