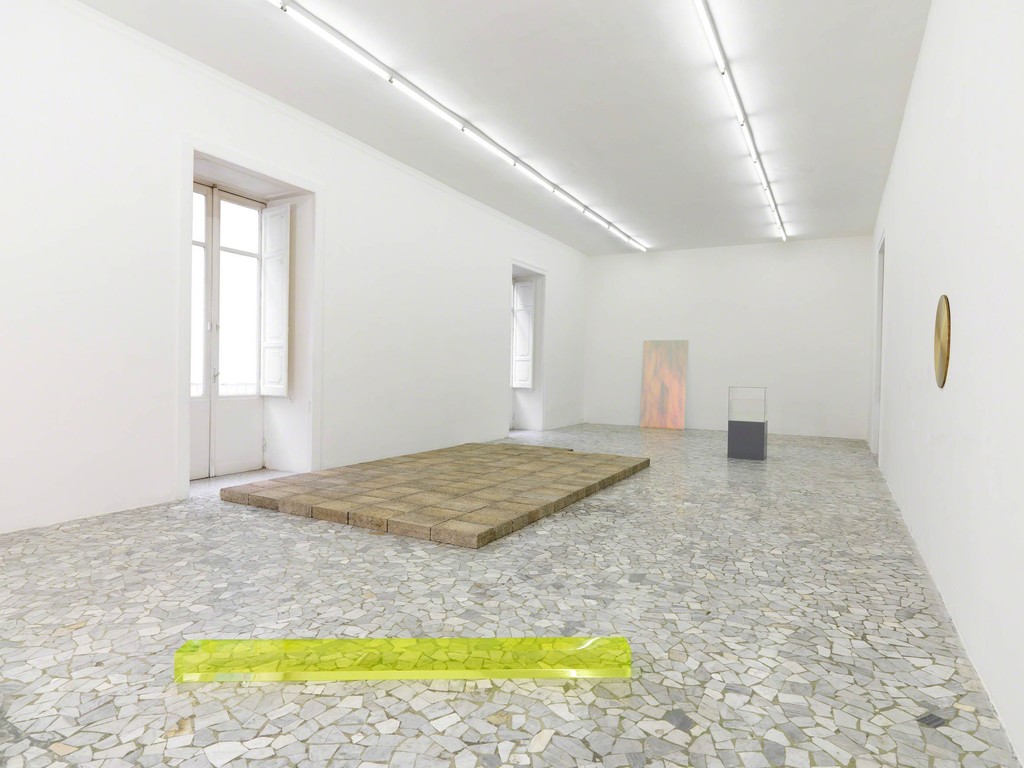 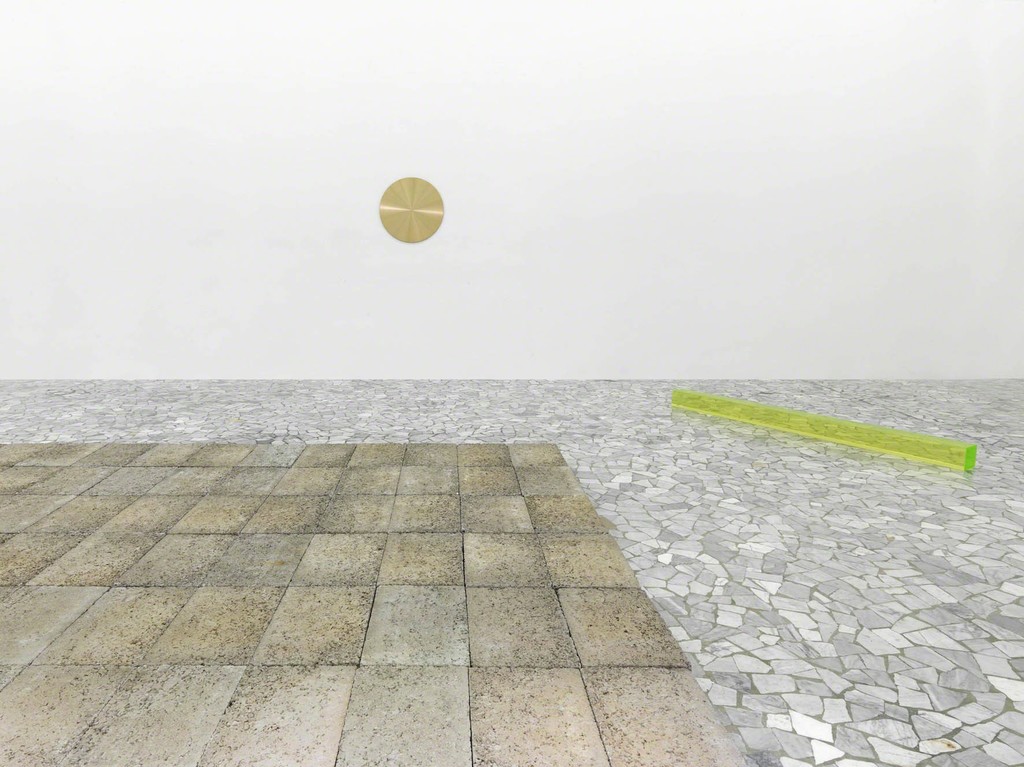 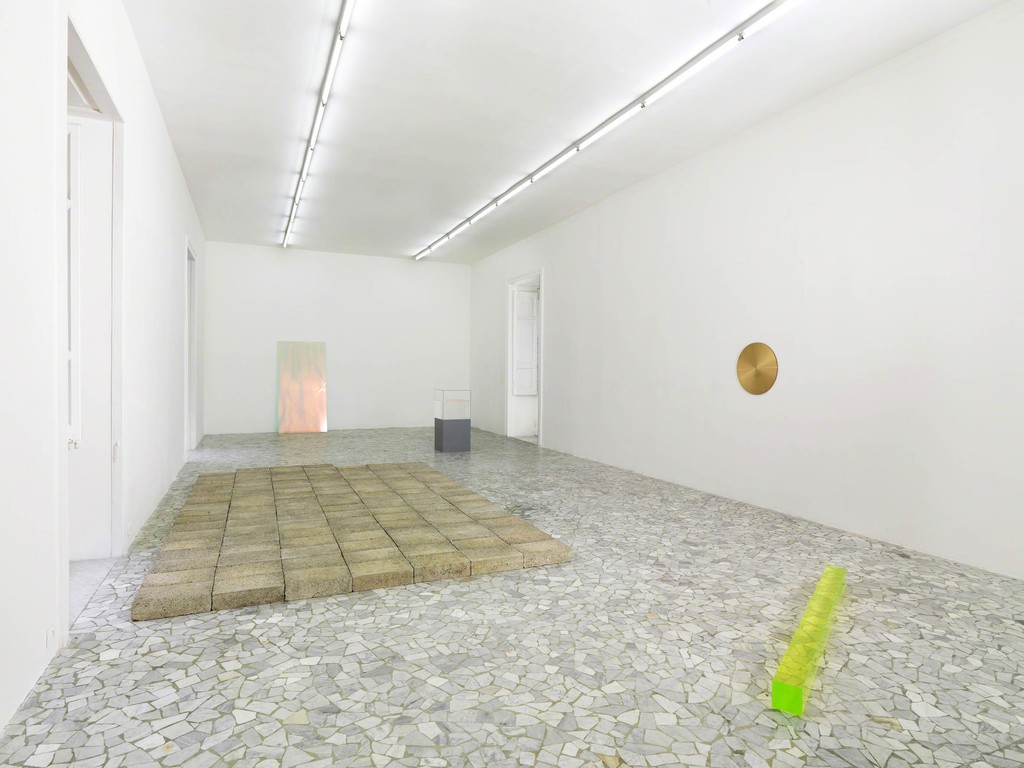 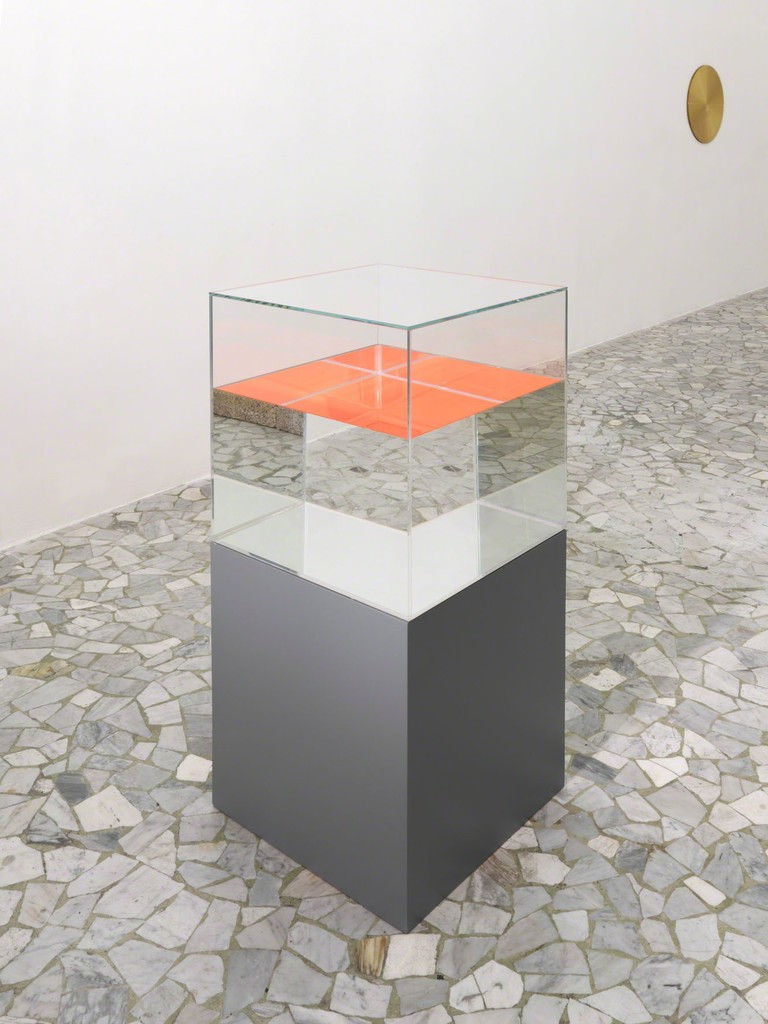 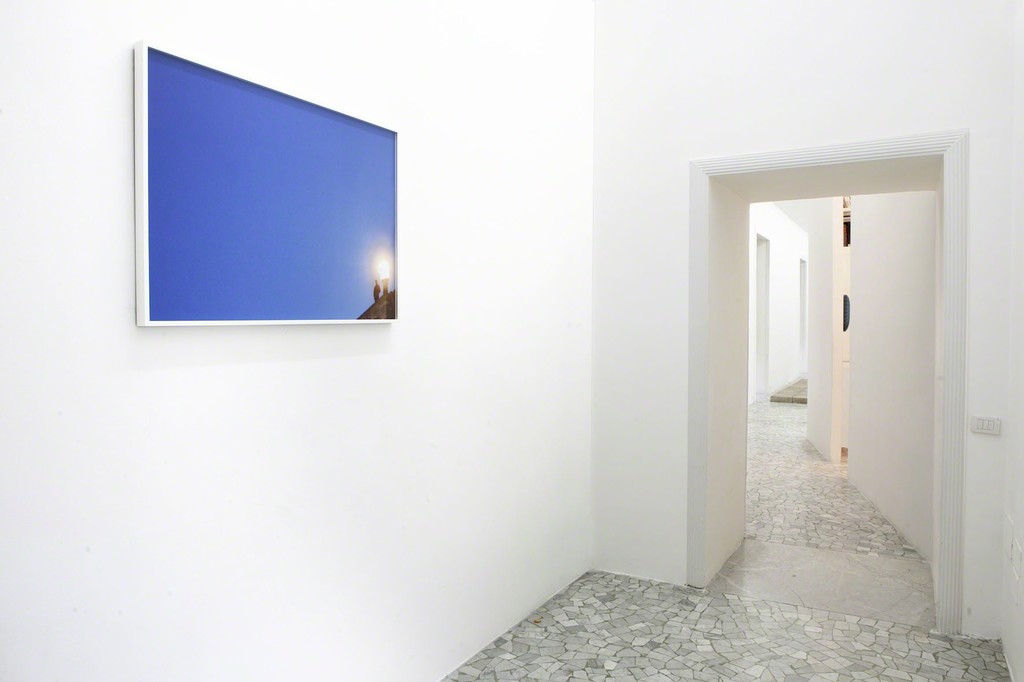 Ann Veronica Janssens for her third solo show, the previous shows in 2007 and in 2010, at Alfonso Artiaco gallery will exhibit the new sculptural works in the main space and a selection of videos in the Project Space of the Gallery.
Ann Veronica Janssens' artistic practice could be defined as an exploratory journey into the sensory experience of reality. Using different devices – installations, projections, immersive environments, urban interventions, sculptures –, she invites the viewer to cross the threshold into a new sensory space, on the borderline of dizziness and bedazzlement. In a register inspired by cognitive processes, her works tend toward a certain minimalism, underscoring the fleeting, ephemeral or fragile character of what she is proposing. Spatialization and distribution of light, radiant colour, and translucent or reflective surfaces all serve to reveal the instability of our perception of time and space. Properties of matter (gloss, lightness, transparency, fluidity) and physical phenomena (reflection, refraction, perspective, balance, waves) are rigorously investigated for their ability to destabilize the very concept of materiality.
“The situations created by me are not reducible to (more or less spectacular) formal effects, but must be perceived in a context that could be considered political. […] They are ephemeral sculptures whose action consists of being dispersed in a given space, infiltrating this space rather than imposing upon it. In effect, I investigate the permeability of contexts (architectural/social/cultural/political) even as I propose a form of deconstruction that fragments our perception of these contexts[…] What is foregrounded, then, is the fragility of signs rather than their strength.
Gazing at mist is an experience with contrasting effects. It appears to abolish all obstacles, materiality, the resistances specific to a given context, and at the same time, it seems to impart a materiality and tactility to light. […] One moves in a space bathed in light, groping one’s way, without constraints and apparently without limits. One’s perception of time is transformed, there’s a slowing down if not a suspension. […] All the markers have disappeared, the light illuminates nothing that could authorise our wandering. One’s eyes become glazed, one experiences a kind of amnesia, one is returned to an interior space opening onto unheard of perspectives”. (Ann Veronica Janssens)

Ann Veronica Janssens was born in 1956 in Folkestone (UK). She lives and works in Belgium. During next June she will take part at the 18th Biennale of Sidney. Moreover she partecipated at the Biennal of Venice in 1999 in belgium pavillion with the installation Horror Vacui. She had her solo shows: in 2009 at WIELS Contemporary Art Centre (Belgium), in 2007 at Museum Morsbroich (Leverkusen, Germany), in 2005 at The Institute Berlin of the Physikalisch-Technische Bundesanstalt of Berlin; in 2003 at Openluchtmuseum voor Beeldhouwkunst, Middelheim of Anversa, and at Musée d’Orsay in Paris; in 2002 at Ikon Gallery of Birmingham, at Terrasse du Centre International pour l’architecture, la ville et le paysage of Bruxelles