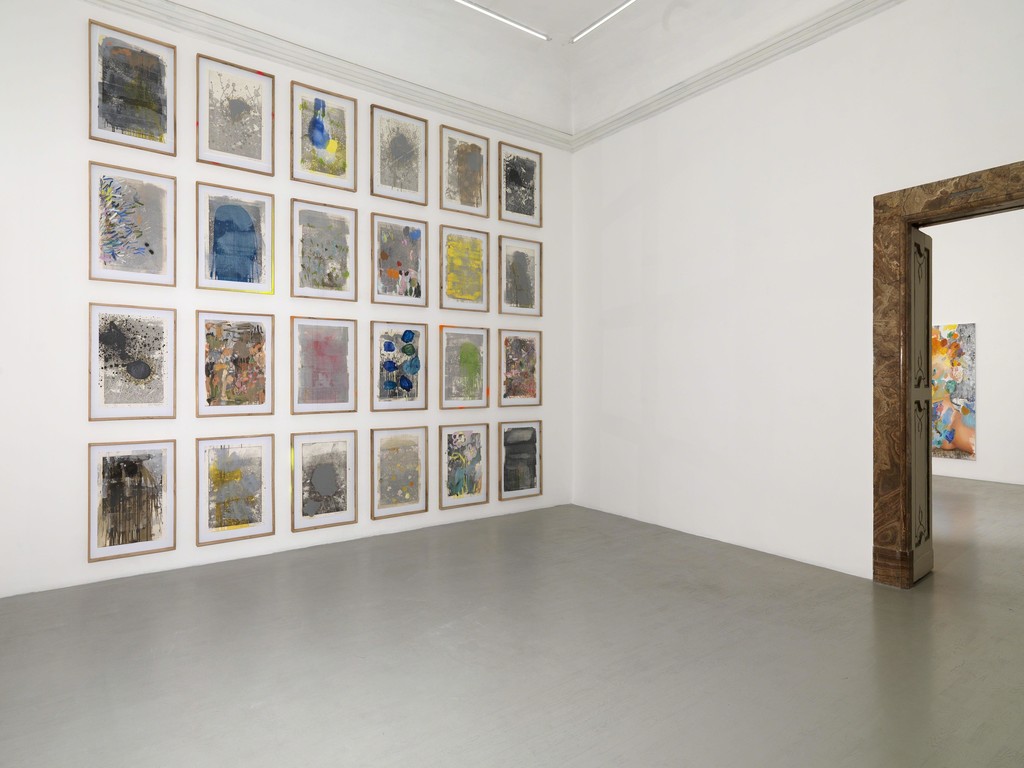 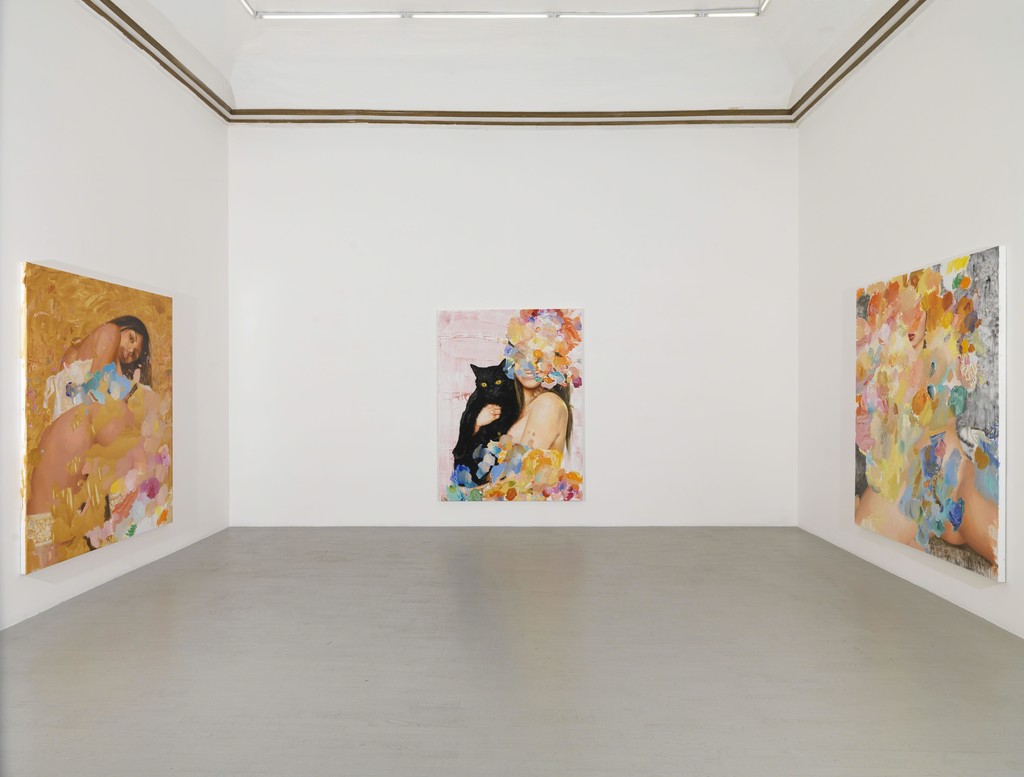 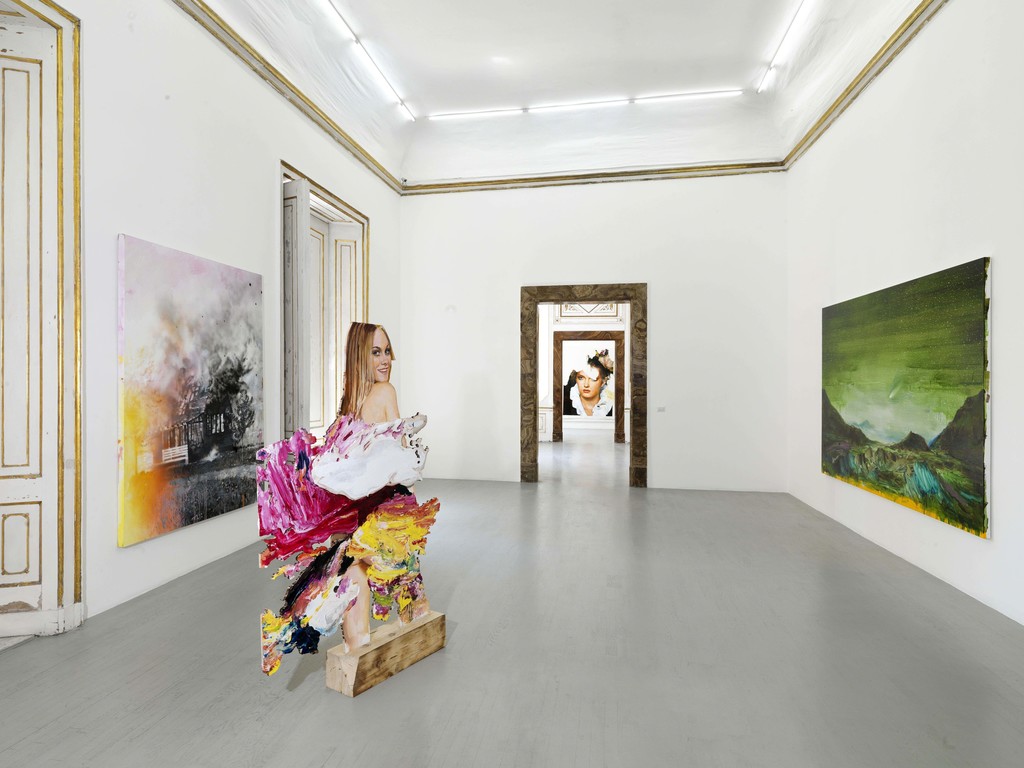 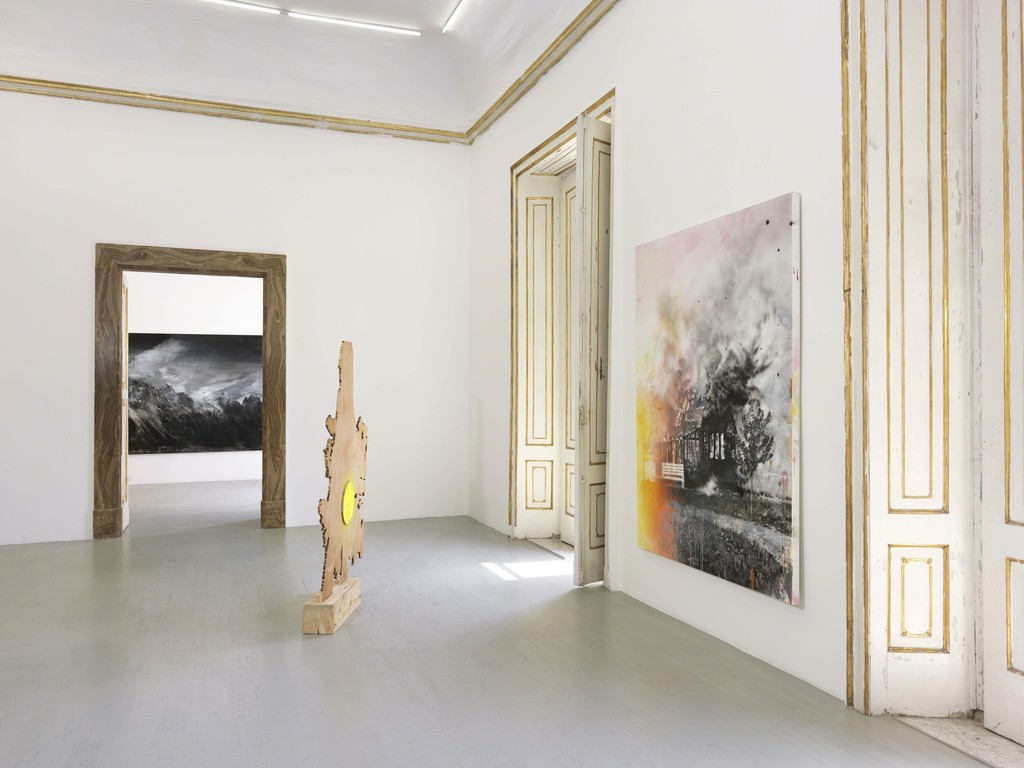 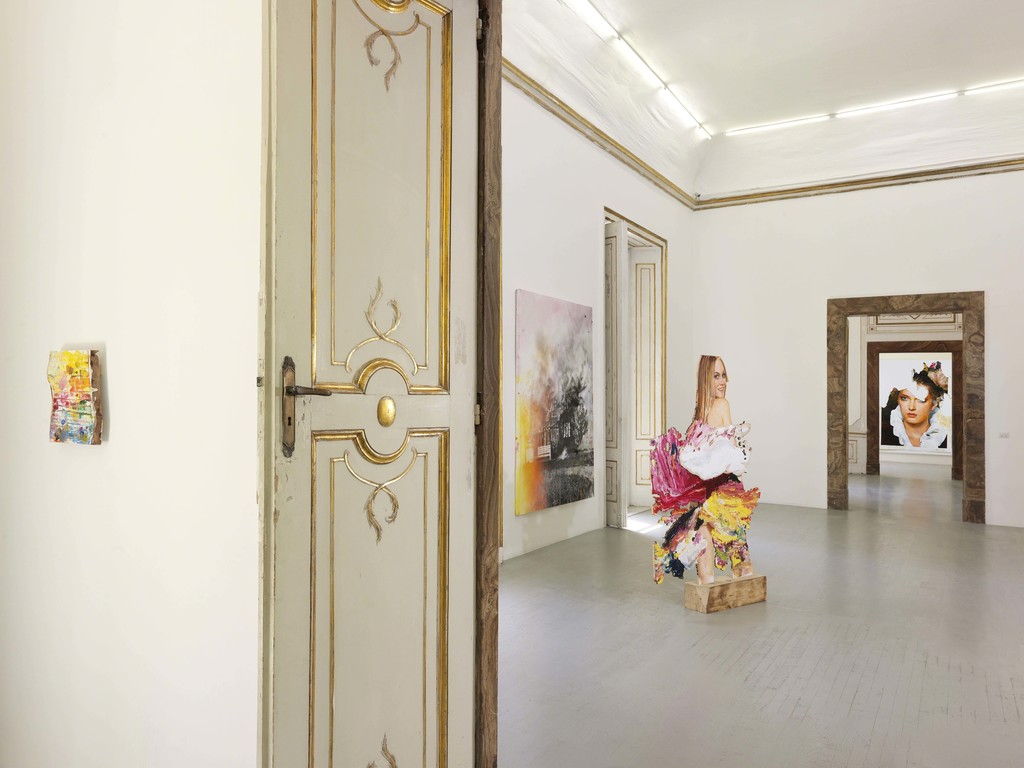 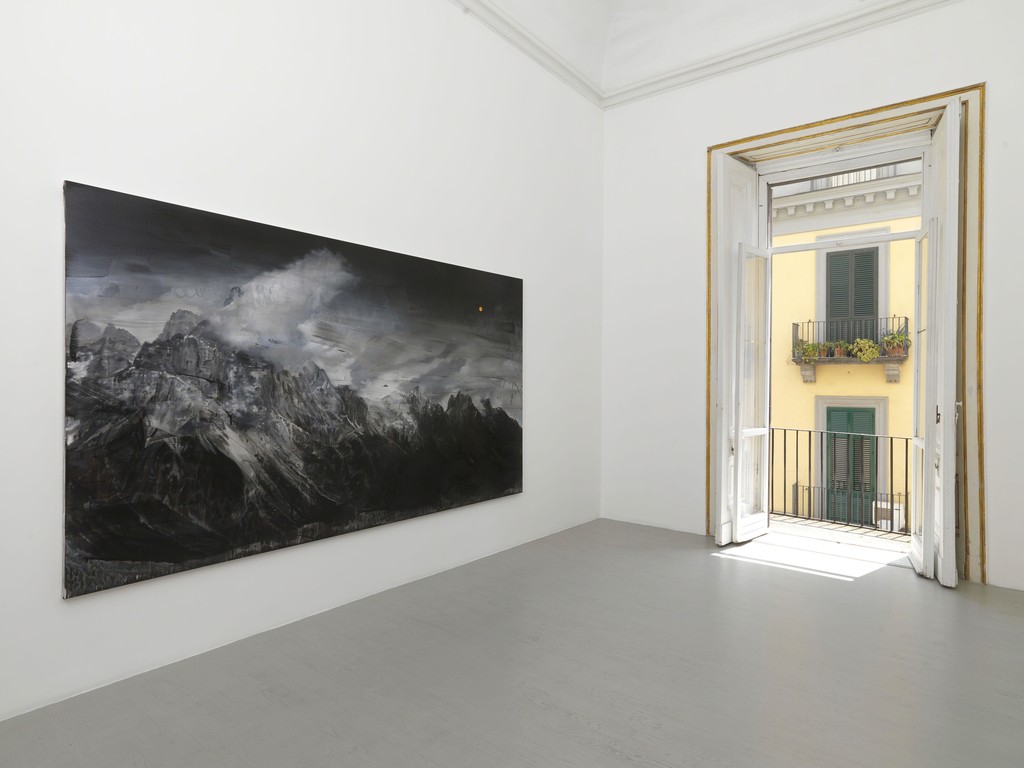 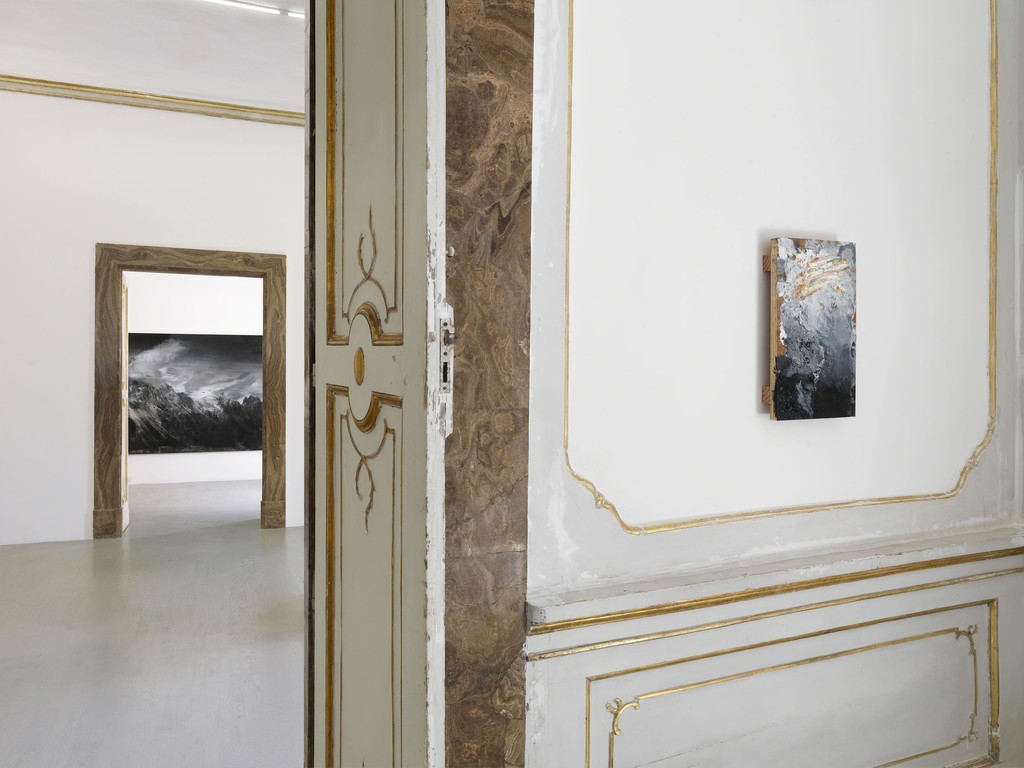 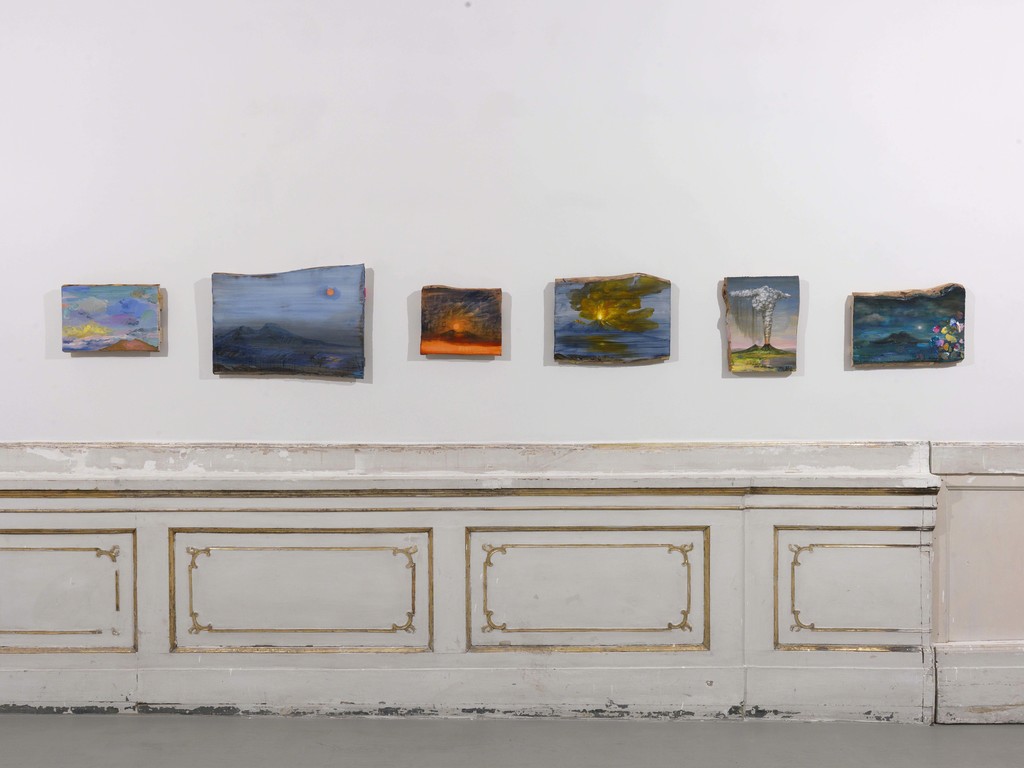 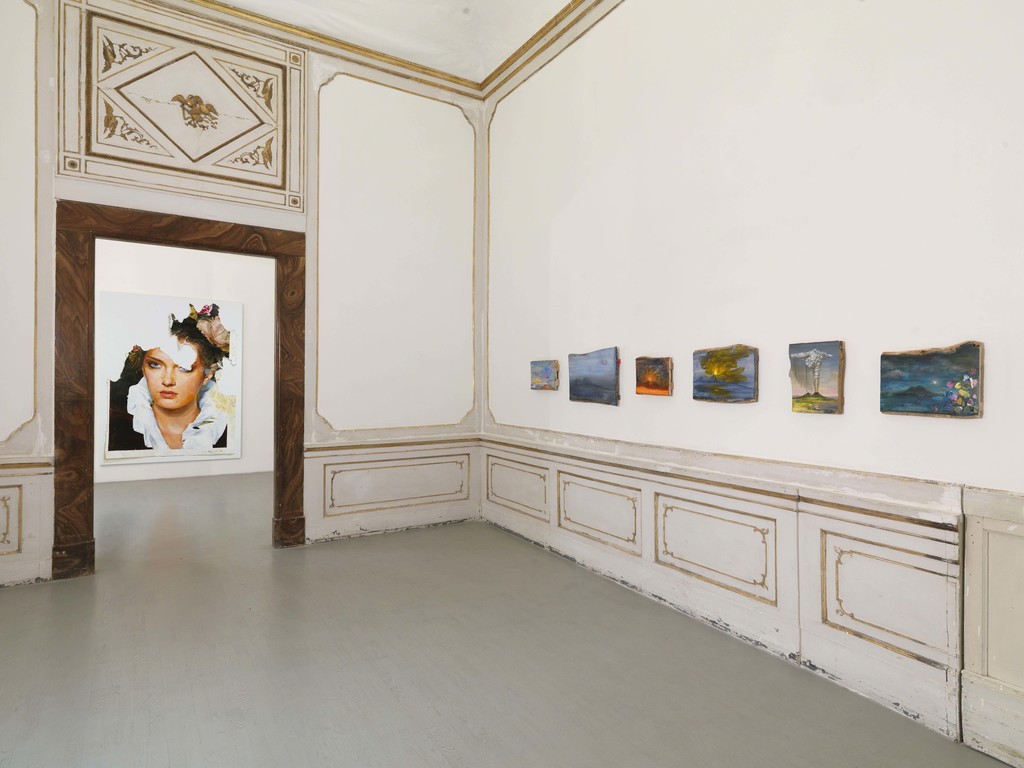 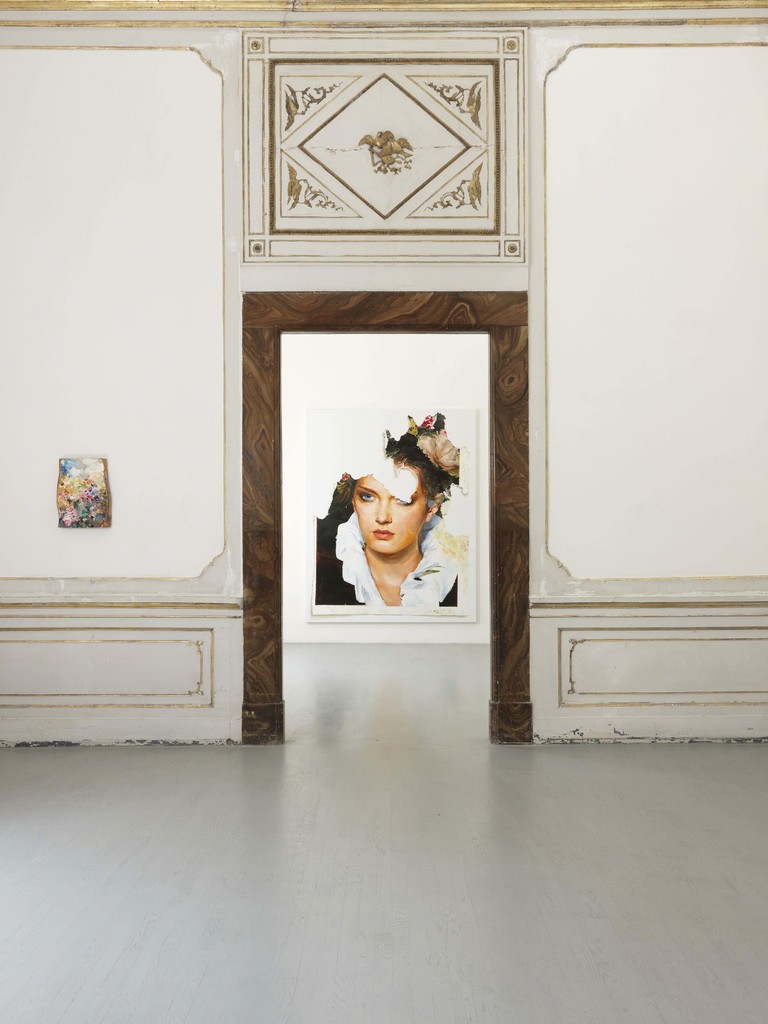 Three years after their first exhibition at Alfonso Artiaco Gallery, Ida Tursic & Wilfried Mille are back with a new solo show.
In their works, images — or models — have to contend with what constitutes them; theirs is a form of painting that doesn’t shy away from exposing itself, from showing a little bit more than what would be expected.
It displays everything: front and back, obverse and reverse, top and bottom, first sketch and final stage, inside the frame and outside the frame, a staged spectacle and its backstage.
More than this is what comes after the show; when things, images, characters, landscapes, paintbrushes and palettes begin to attract dust, deteriorate and degrade, as the sun sets and girls put their clothes back on. Thus it is the life of painting that exhibits itself in these pictures and prints. A life filled with events more or less haphazard but always captivating.
In the first room of the exhibition twenty-four engravings on paper are displayed, imprinted with perfectly tranquil landscapes that the artists didn’t want to leave in peace, painting them over and placing them inside frames, themselves showing some handiwork.
In the second room, three large female nudes in suggestive poses turn out to be far less revealing than expected as they are covered with colorful paint spots, drawing a demure veil on the pornographic image that is their source. But is it really so demure? Not in the eyes of the artists, for whom the word “pornography” takes its meaning first and foremost from etymology; “what is laid before,” in the foreground. Painting robs the image of its foreground and its leading role.
In the third room, the house is on fire and a girl has escaped the painting’s flatness to assume a semblance of volume. The next room is home to a mountainous landscape with a reddish sun and a UFO.
As for the fifth room, it displays some palettes, that is to say painting in its embryonic state, a kick-start phase for the artwork, similar to a picture on a wooden panel to which there wouldn’t be anything to add but six landscape depictions of Mount Vesuvius in various stages. Finally, the sixth and last room opens on a portrait of a woman that is both new (it has just been made) and worn out, torn and devastated. A mouse has nibbled on the image it has been sourced from, as if worms had eaten up Cezanne’s apple. Therefore, this is how Ida Tursic & Wilfried Mille have painted the image: consummated.

With them, painting devours its subject as much as it uncovers it.
(Judicael Lavrador)