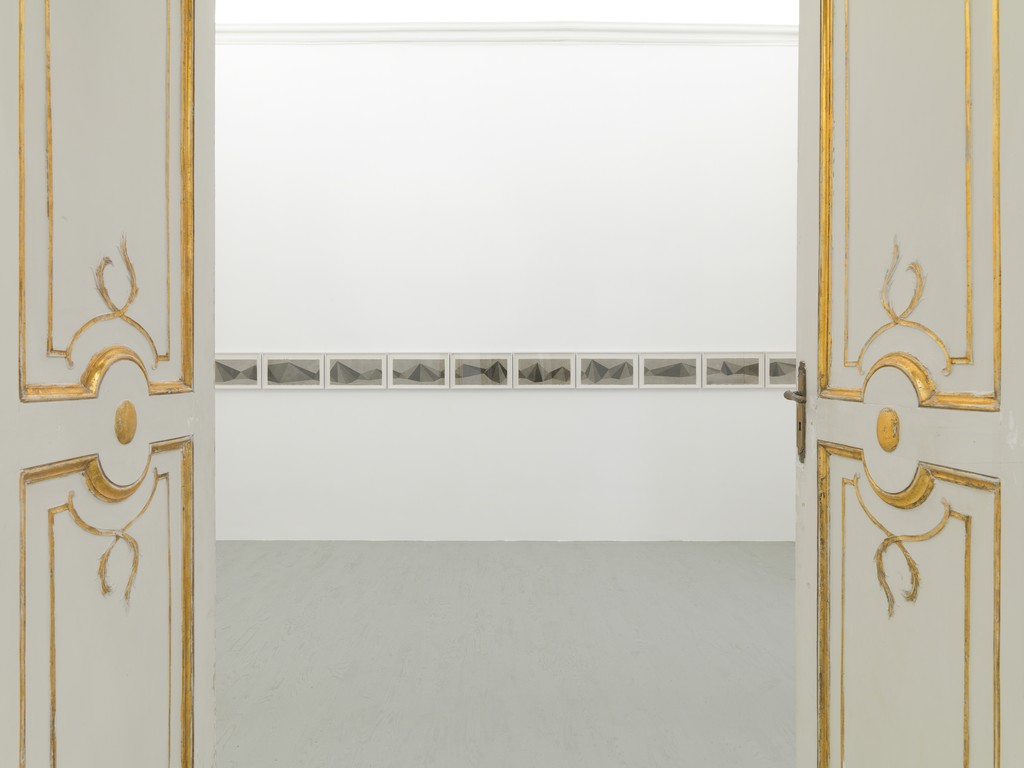 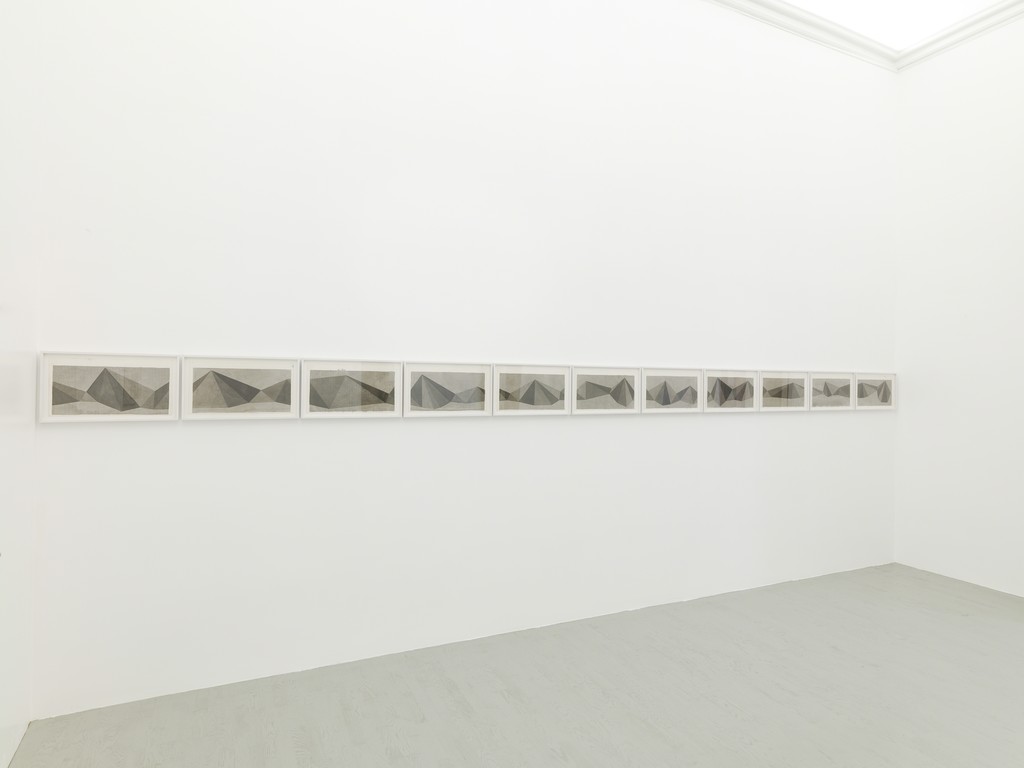 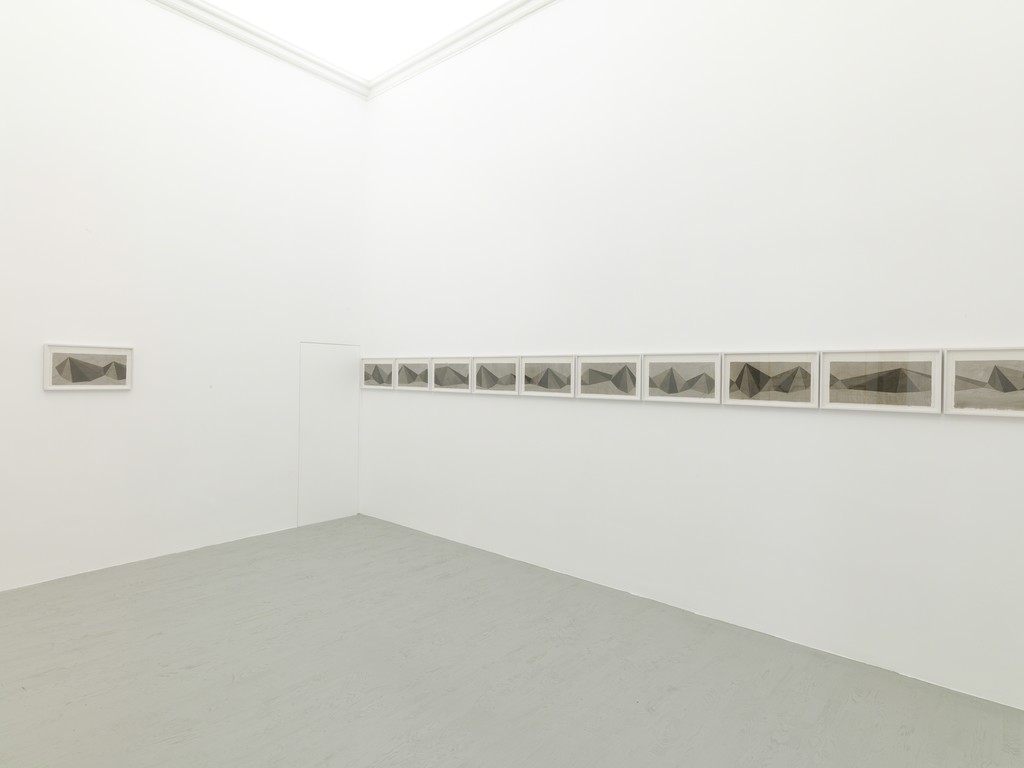 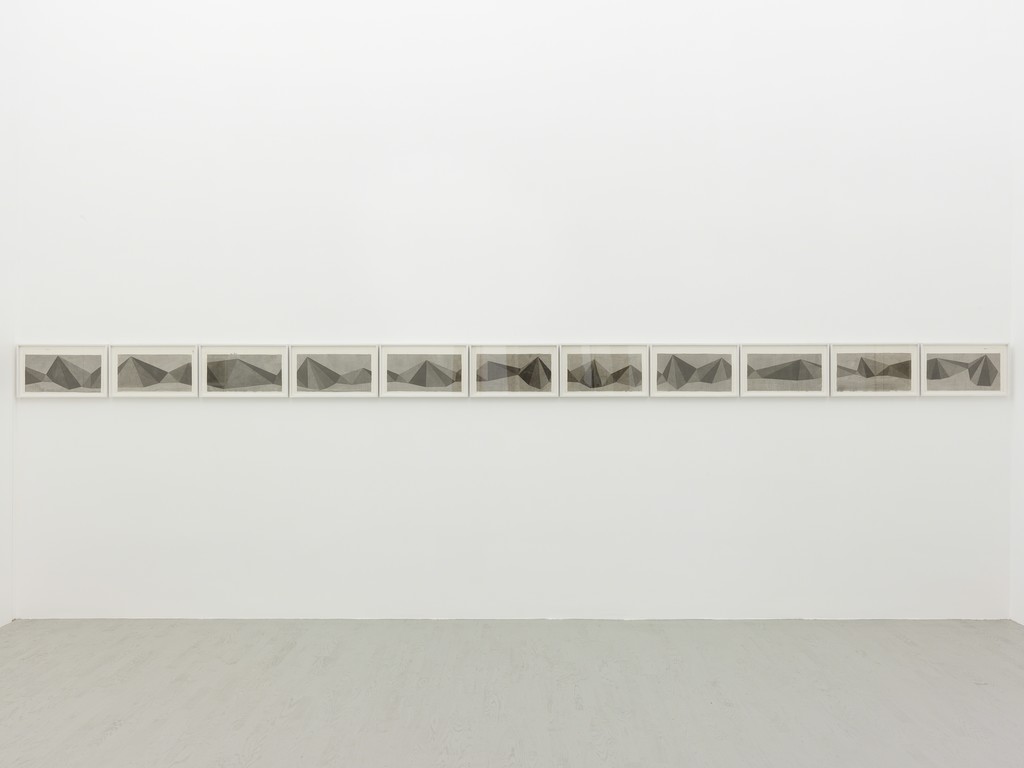 Since the ‘60s Sol LeWitt (1928, Hartford, Connecticut, USA – 2007 New York, USA) focused his artistic production on the possibility to combine specific geometric forms and on the gradual derivation of non-geometric forms from those.

LeWitt is universally acknowledged as the founder and the main experimenter of Conceptual Art. His art, at the beginning of his artistic production, reveals itself through the characteristics of Minimalism.

“In conceptual art the idea or concept is the most important aspect of the work (…) if the artist carries through his idea and makes it into visible form, than all the steps in the process are of importance. The idea itself, even if not made visual, is as much a work of art as any finished product. All intervening steps – scribbles, sketches, drawings, failed works, models, studies, thoughts, conversations – are of interest. Those that show the thought process of the artist are sometimes more interesting than the final product.” (Sol LeWitt “Paragraphs on Conceptual Art”, on: Artforum, vol. 5, 10th June 1967)

The series of twelve gouaches Pyramids, exhibited for the first time at the Peter Pakesch Gallery in 1986 in Vienna, and never shown in Italy before, features triangles, mostly acute-angled, arranged by their longer sides. In this way at the top there is a point, where two of the three sides of each triangle converge respectively from where they are radiating, and below a kind of 'angular curve', composed of short sides lined up in different angles. The figure thus achieved forms a pattern, standing isolated on a background. The relation of colours, which constitutes the tone of this background is not repeated elsewhere in the triangles.

The signs of the drawing may lead the recipient to constructions of possible spaces, which give the two-dimensional forms a function for 'communicating' three-dimensional bodies. By using different 'gradients of colour' in different triangles, the colouring may intensify, modify, or weaken the sense of plasticity provoked by the forms. If one reads a three-dimensional quality into a pyramid, 'depth effects' by optical 'distortions' and 'perceptual gradients' may intensify or alter the constructions on a psychological level. The added triangles may invoke associations which allude to fans, tents or, of course, pyramids.
In a letter to Thomas Dreher on October the 13th, 1967, LeWIitt writes: “The pyramids are done without a system but a series of interrelated tringles”. Looking at LeWitt’s works, the beholder can always establish direct and indirect constructing relationships between the ‘autonomous signs’ and the ’communicative signs’ in the three-dimensional space. The twofold semiotic function of signs acting autonomously in the work, and virtually communicative in the beholder’s reception, can thus be made evident.

The suspense between closed and open linear systems is a salient feature of Sol LeWitt’s oeuvre: “ There are several ways of constructing a work of art. One is by making decisions at each step, another by inventing a system to make decisions” (ibidem). LeWitt uses all possibilities of open and closed systems without an aesthetic judgement as a guide to a preference of one of them or of a certain balance between them. This conceptual indifference against aesthetic judgments is a blind jump out of aesthetic conveniences. The surprising results may be very far or very close to such conveniences: LeWitt doesn’t calculate how far the jump has to carry him into new regions. So his conceptual indifference to aesthetic judgments is also an indifference to the distinction between the old an the new.

The long artistic relationship between Sol LeWitt and Galleria Alfonso Artiaco has developed through the years thanks to the several exhibitions in 1989, 1995, 1998, 2000, 2002 and 2005. In the occasion of the opening of Galleria Alfonso Artiaco’s new premises in Piazzetta Nilo, 7 in Naples, the show wants to be a tribute to LeWitt.