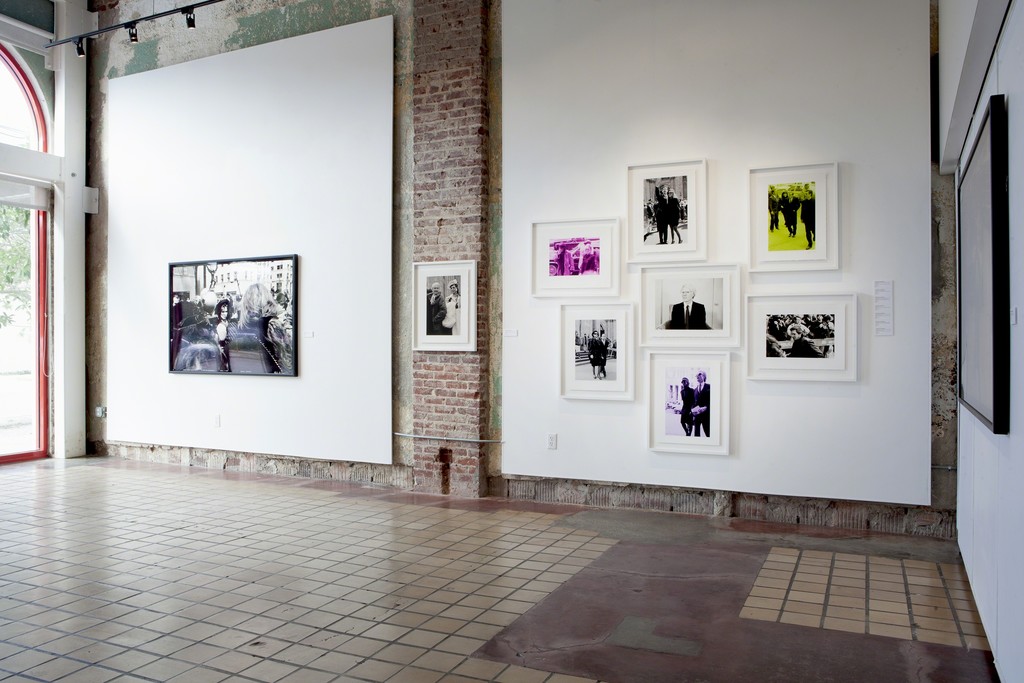 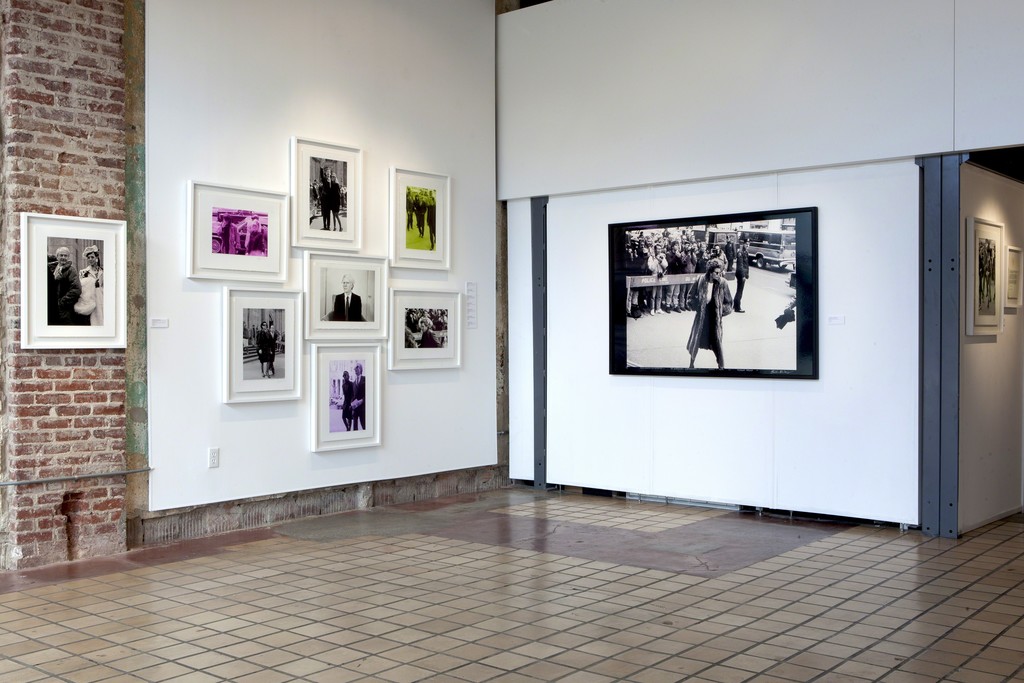 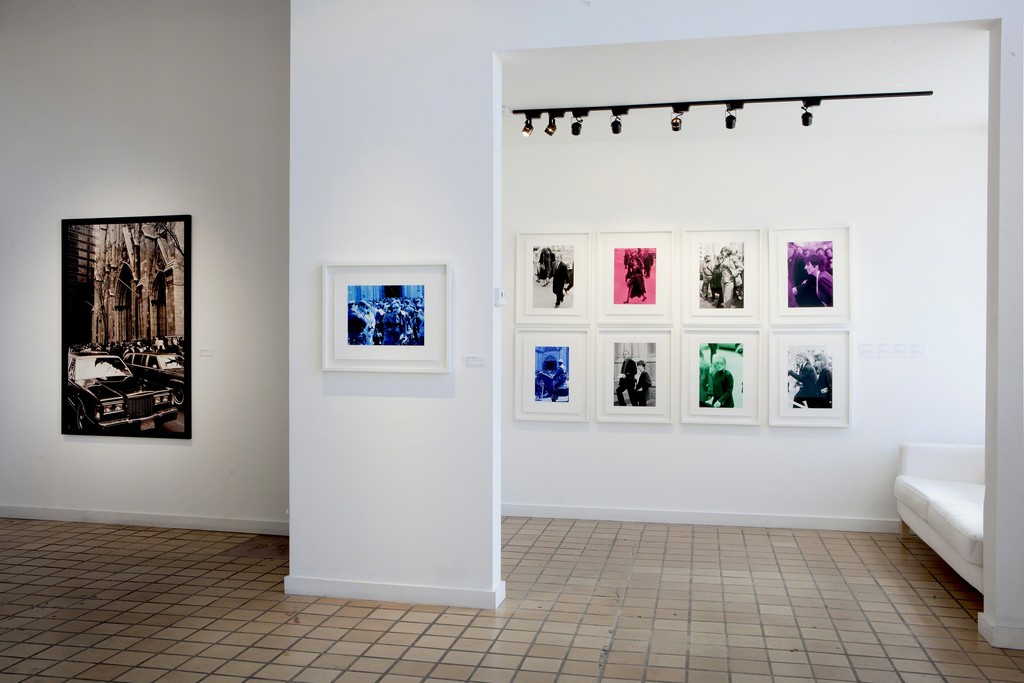 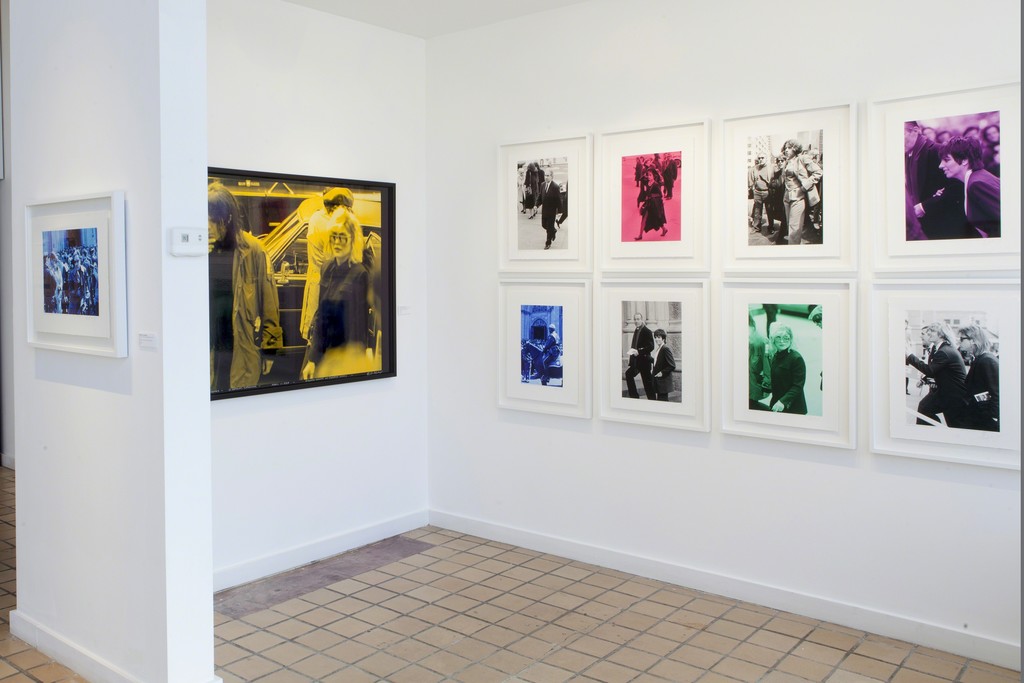 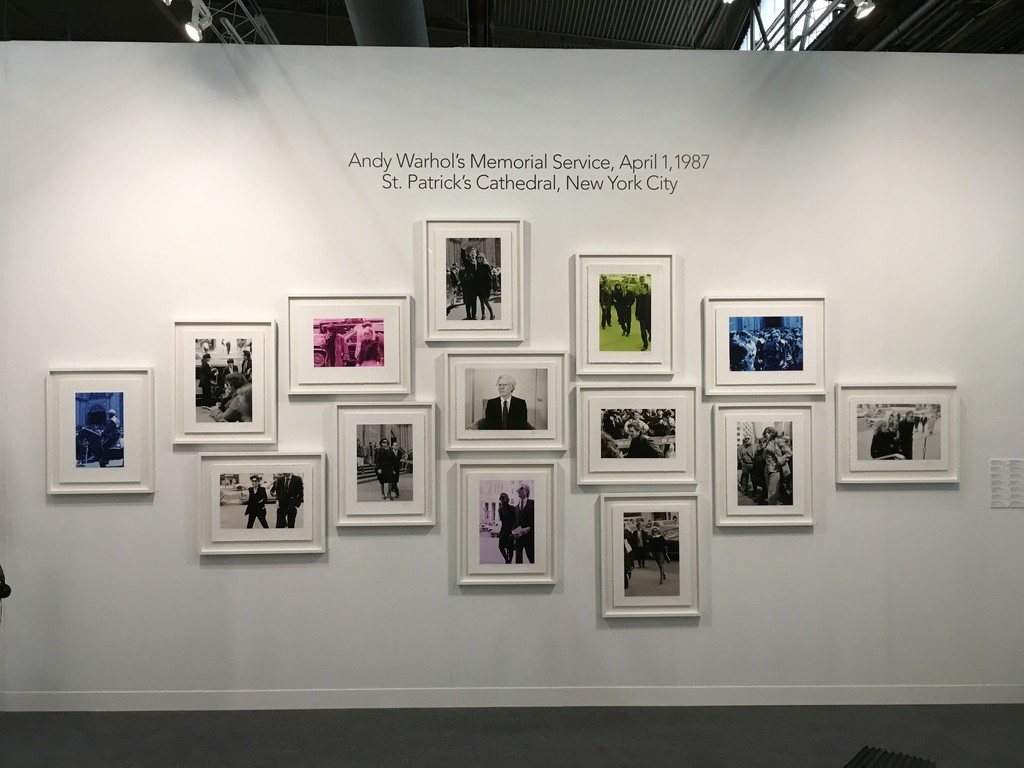 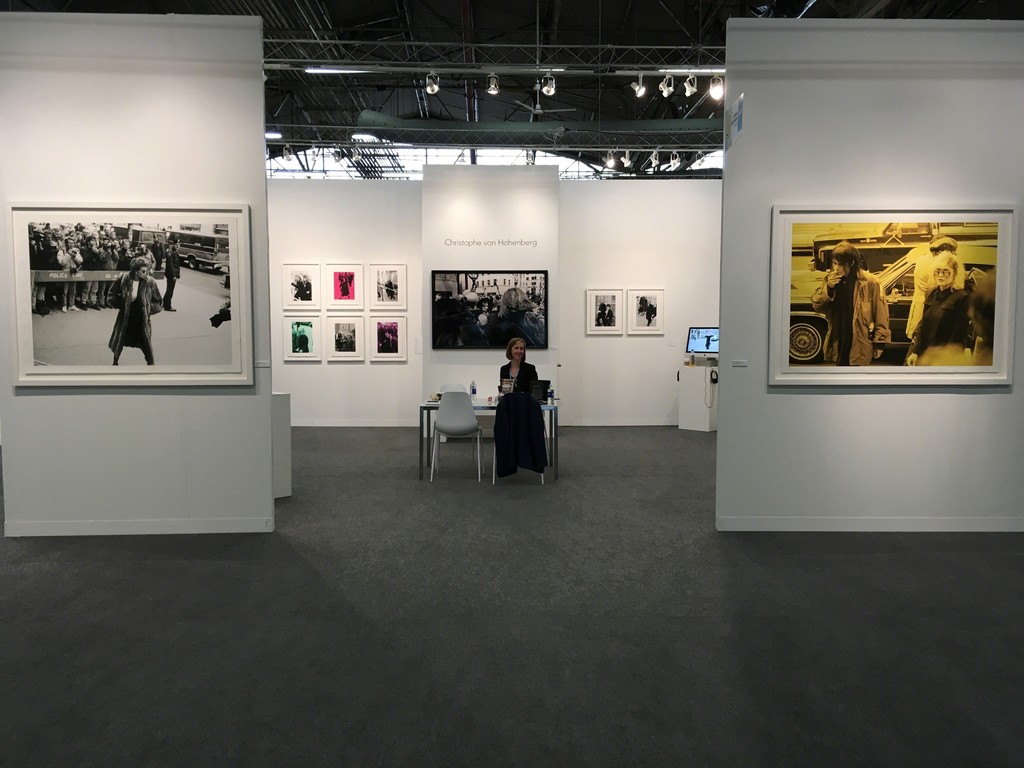 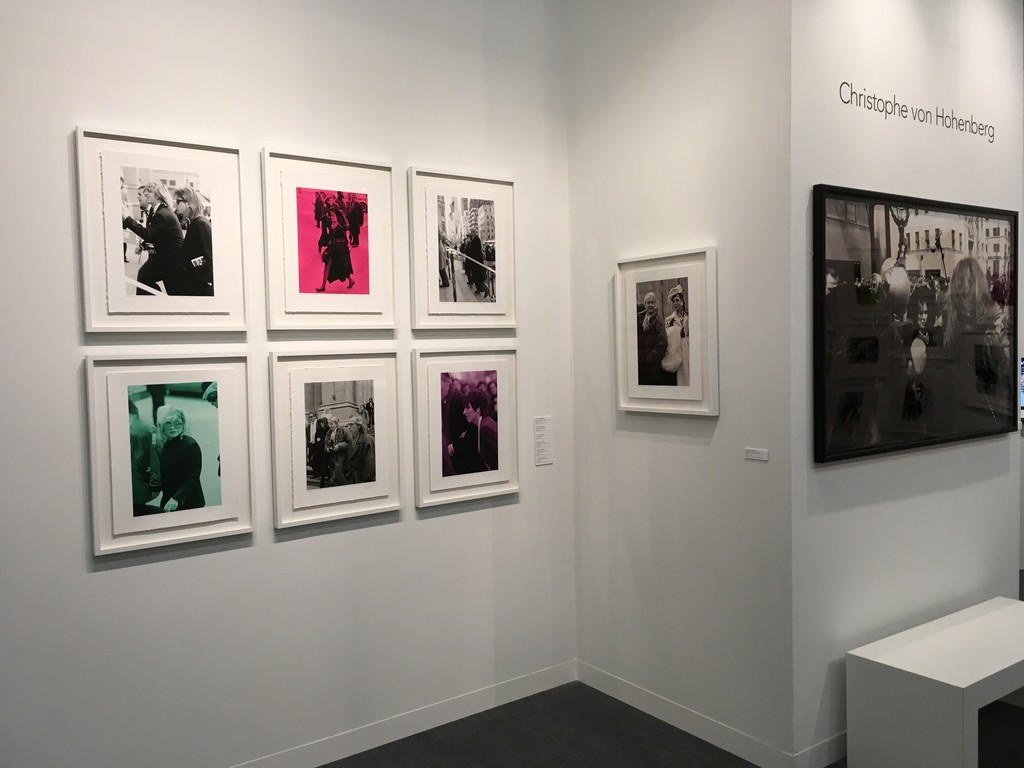 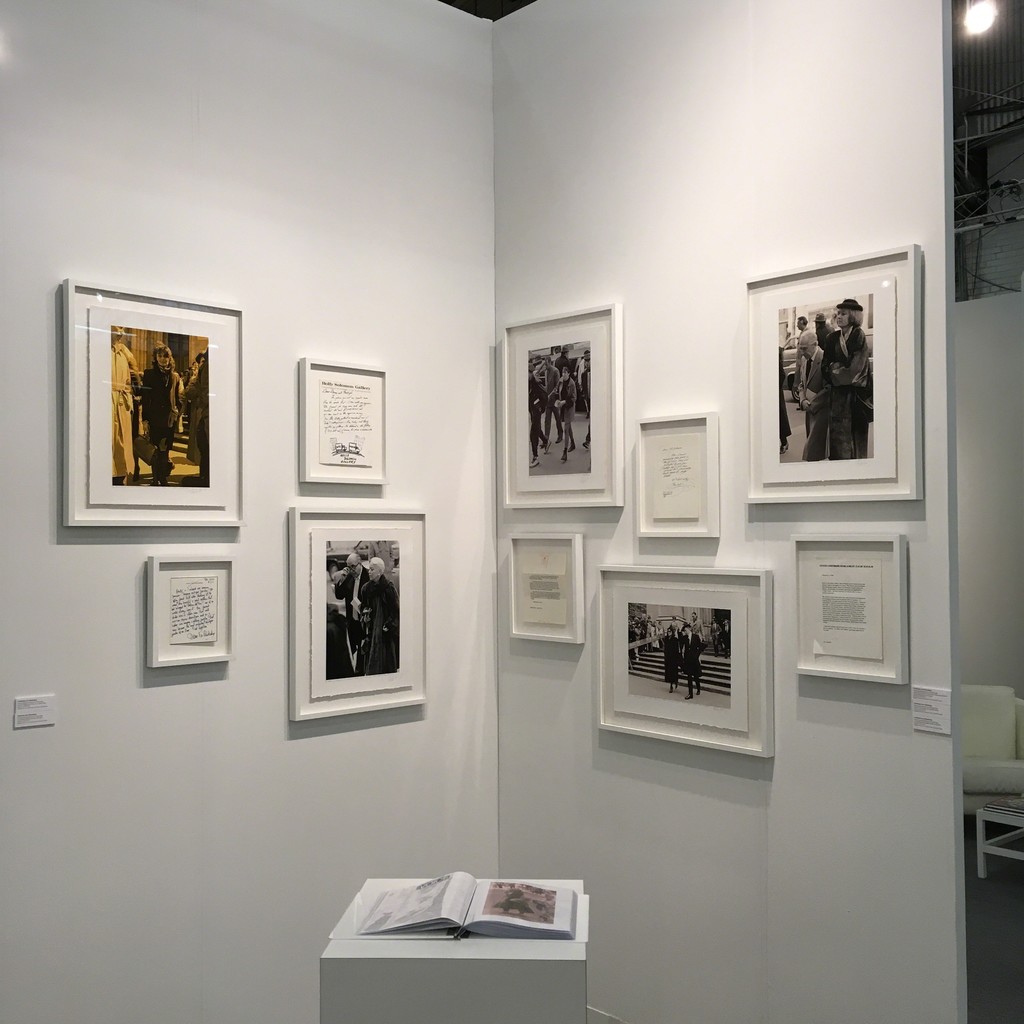 The rarely seen photographs are exhibited with corresponding remembrances and anecdotes that von Hohenberg collected by writing, years later, from a number of famous guests in attendance. Some, such as designer Diane von Furstenberg, sent back hand-written notes, and others, like Claus von Bulow, dictated their thoughts onto personal stationary. Collectively the letters are a testament to a social and cultural world that long ago vanished.

“It was a very special time,” says von Hohenberg. “Creativity was booming. There was always something happening, and Andy Warhol was at the center of it.

“Thirty years later, I still see Raquel Welch, defiant in a full-length fur coat, Robert Mapplethorpe hurrying past the crowd and Liza Minnelli on the arm of Halston. The most Warholian of the subjects I photographed was Stephen Sprouse, arriving beside Deborah Harry, taking a drag on a cigarette. My favorite though, is an exterior shot of St. Patrick’s, limos parked in front, because the Hitchcock-like angle of the shot sums up the whole event for me."

Von Hohenberg’s photos first came to light in 2007 with the publication of "Andy Warhol: The Day the Factory Died." "Remembering Warhol: 30 Years Ago" debuted on March 4 at Alfstad& Contemporary in Sarasota, Florida. The exhibition culminated with a celebration on April 1, 30 years to the day that Warhol's actual memorial service took place.

Von Hohenberg began his career in 1979 when he was discovered by American Vogue and worked for publications including Interview, Vanity Fair, Marie Claire, French and German Vogue, German Rolling Stone, Fortune, and The New York Times Magazine. In 2007, his critically acclaimed book “Andy Warhol: The Day the Factory Died” was awarded the AIG Book and Photobook District News Award. He recently published
“ANOTHER PLANET: New York Portraits, 1976-1996,” and “Shadows of the Gods: Mexico City” is presently in production. His work has been included in two exhibitions at the Museum of Modern Art in New York. He has also had solo exhibitions at the Goss-Michael Foundation in Dallas and the Amerika Haus in Munich, and he has exhibited in the United States and abroad. His work can be found in private collections around the world. Von Hohenberg divides his time between New York City, The Hamptons and Mexico.