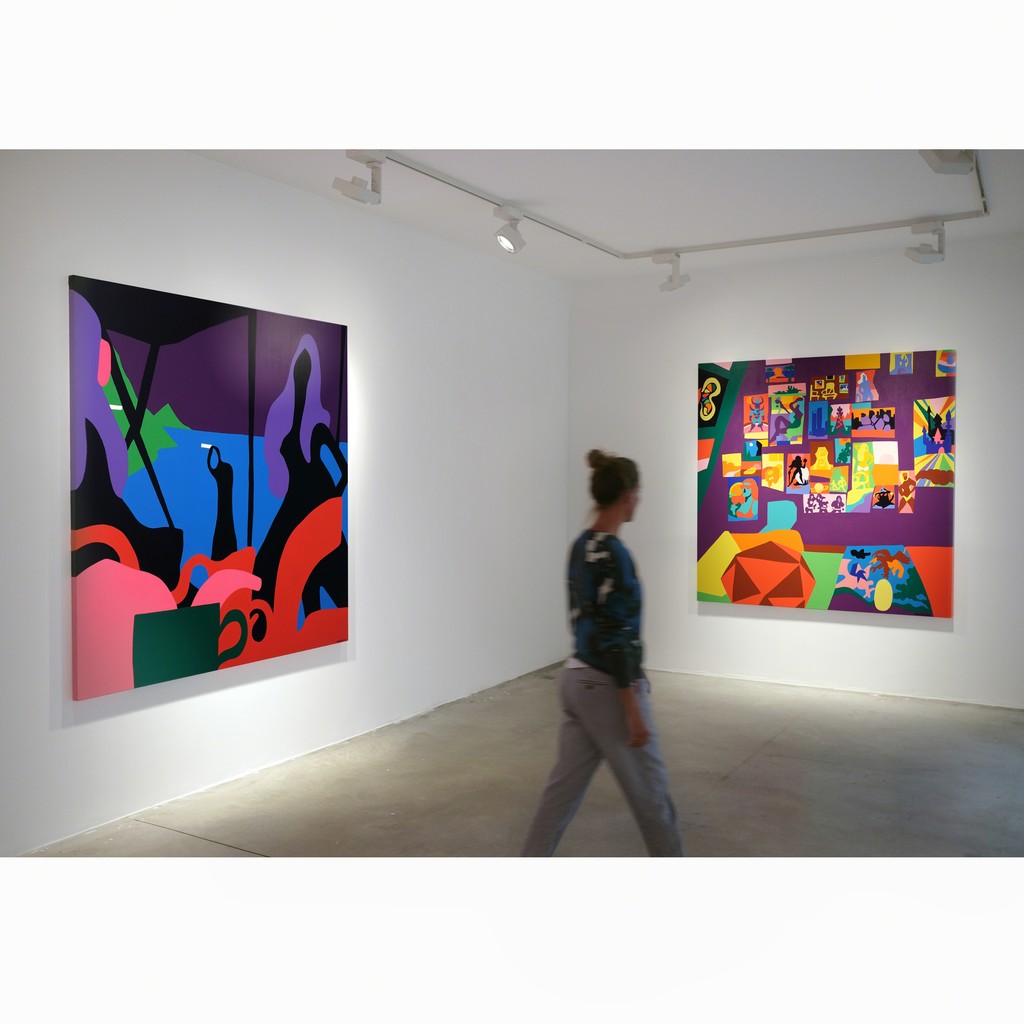 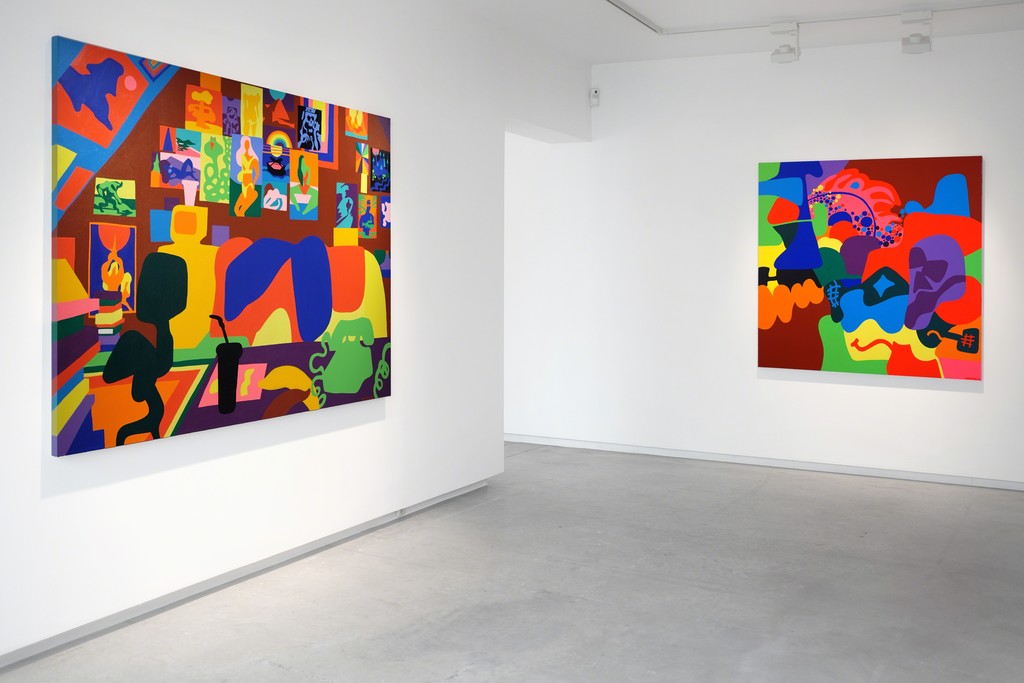 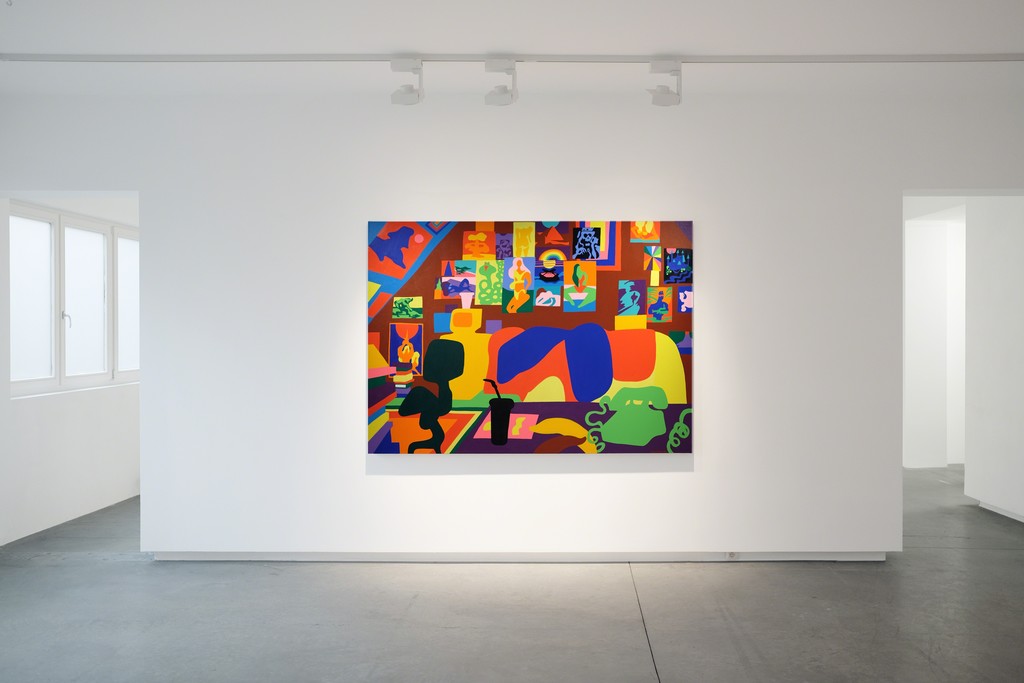 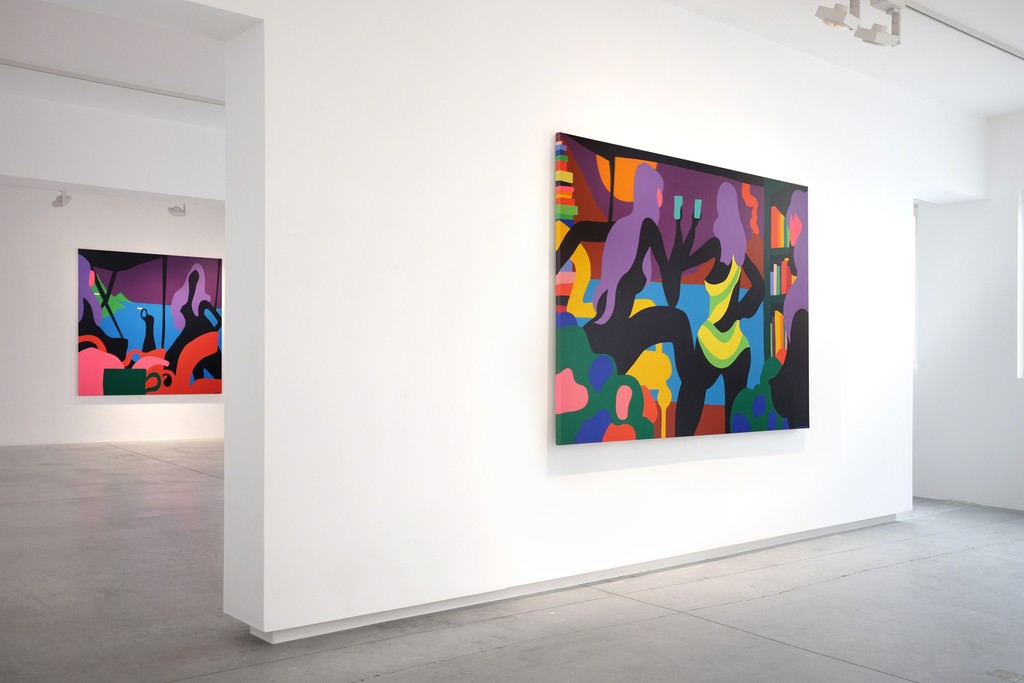 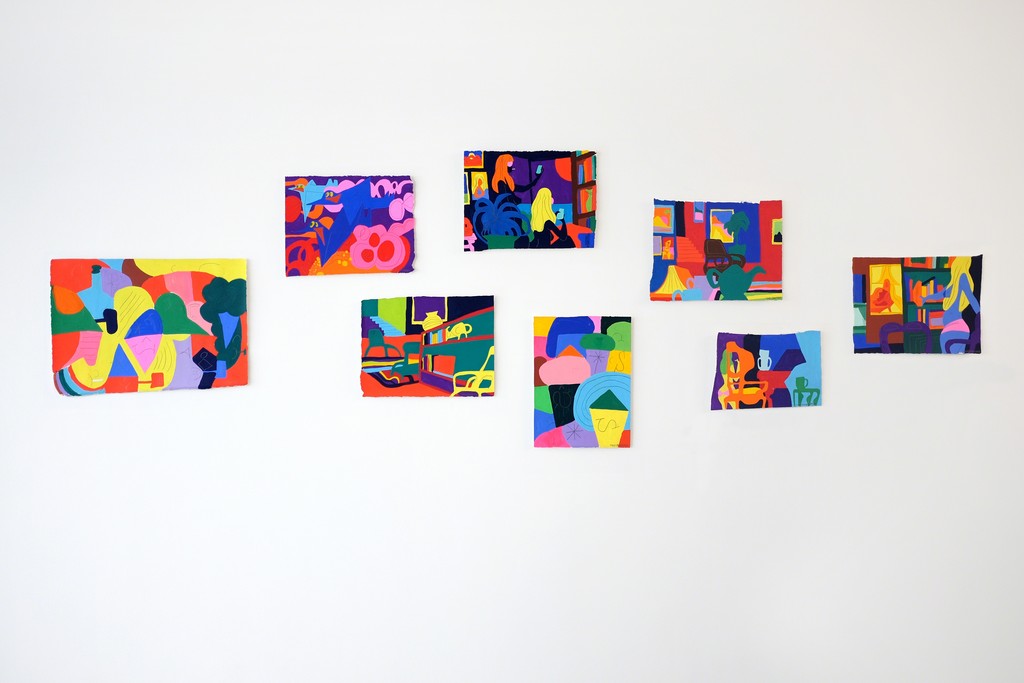 Roger Gastman's "Beyond The Streets" exhibition, which just ended in Los Angeles, confirms what was still an intuition in 2010; Todd James is definitely part of the great History of Art. Not the bling bling show of epidermal and loathsome speculation that the Art world has accustomed us to. No, I am talking here of the one where individual destinies come together to form an aesthetic current which becomes a milestone that embraces the pure joy of Art.
Todd James and his kin have both expanded the artistic field to urban cultures at the turn of the millennium and simultaneously expanded the circle of enthusiasts to new generations around the world. Nothing else!
So yes, his paintings are light, colourful, erotic and funny! But with the same force as your iPhone, which centralises all the advanced technology of the moment in a light and elegant case.
There are two series to discover in "ELECTRIC RITUAL" . One which transpires the intimate touch of Matisse, tinged with a latent eroticism suggested by lascivious women watching the ocean or represented in works of art painted in the background. The other, more abstract, where you can guess the outlines of figurative elements like skulls or fighter jets. This leads to a confused sensation that reminds me of my latest attempt to read a graffiti in the street.
And then, it may be a personal projection or the realm of Todd James ' unconscious , but the two series seem to offer a pop interpretation of the Freudian concept of the vital and antagonistic impulses of life, Eros, and death, Thanatos.
In any case, It doesn't matter. To hell with regrets: Don't miss the New Yorker's exhibition!