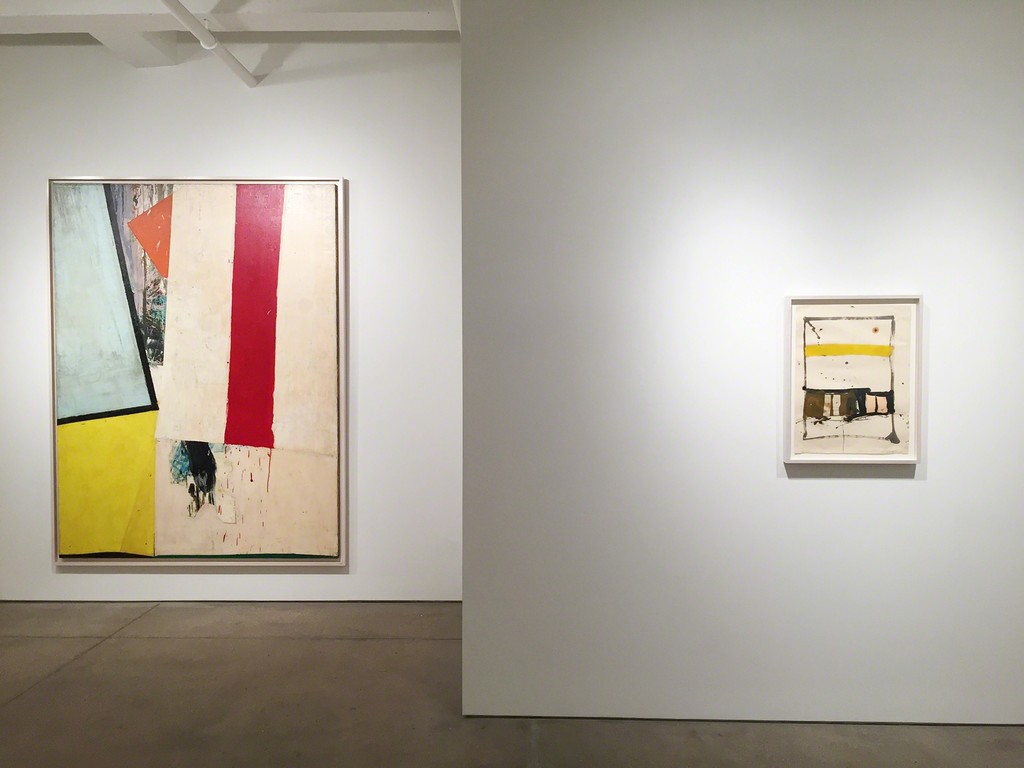 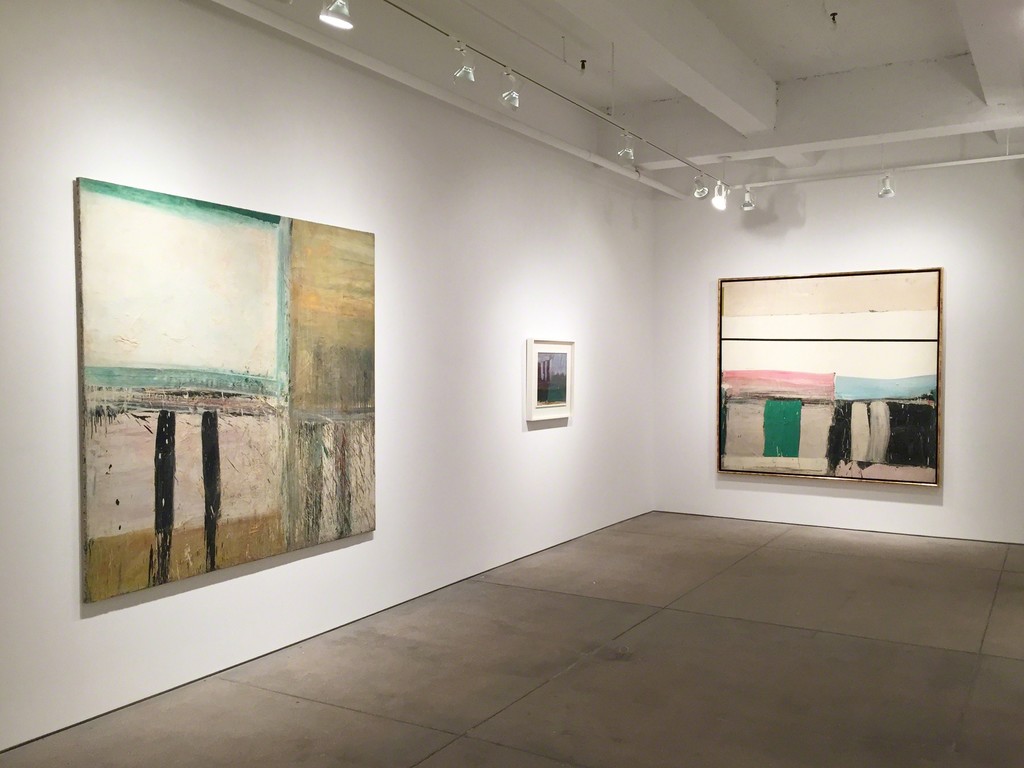 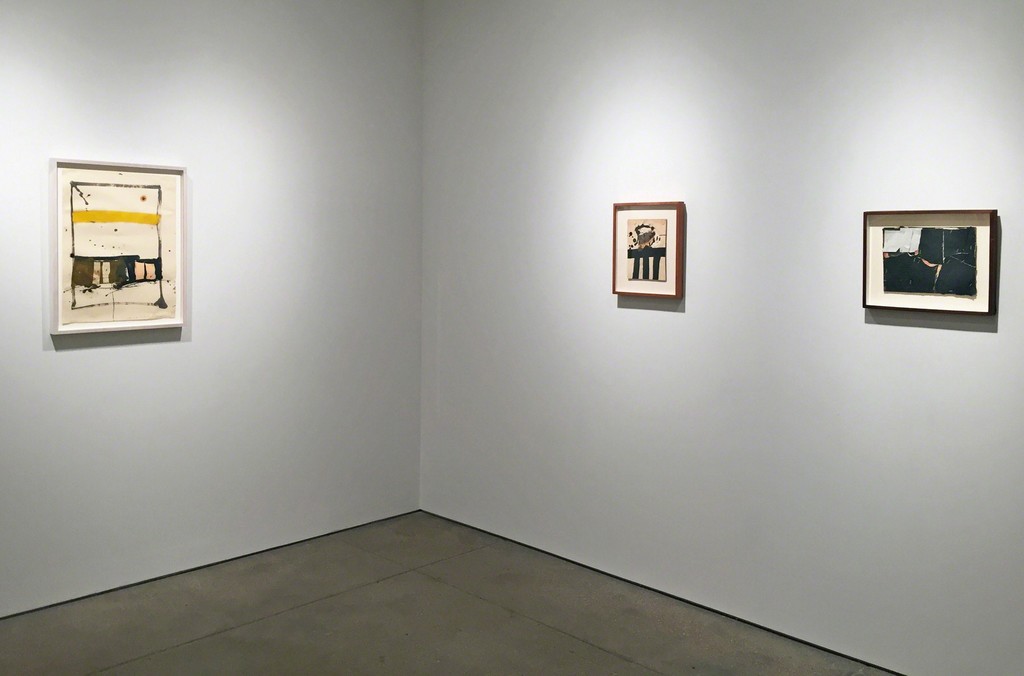 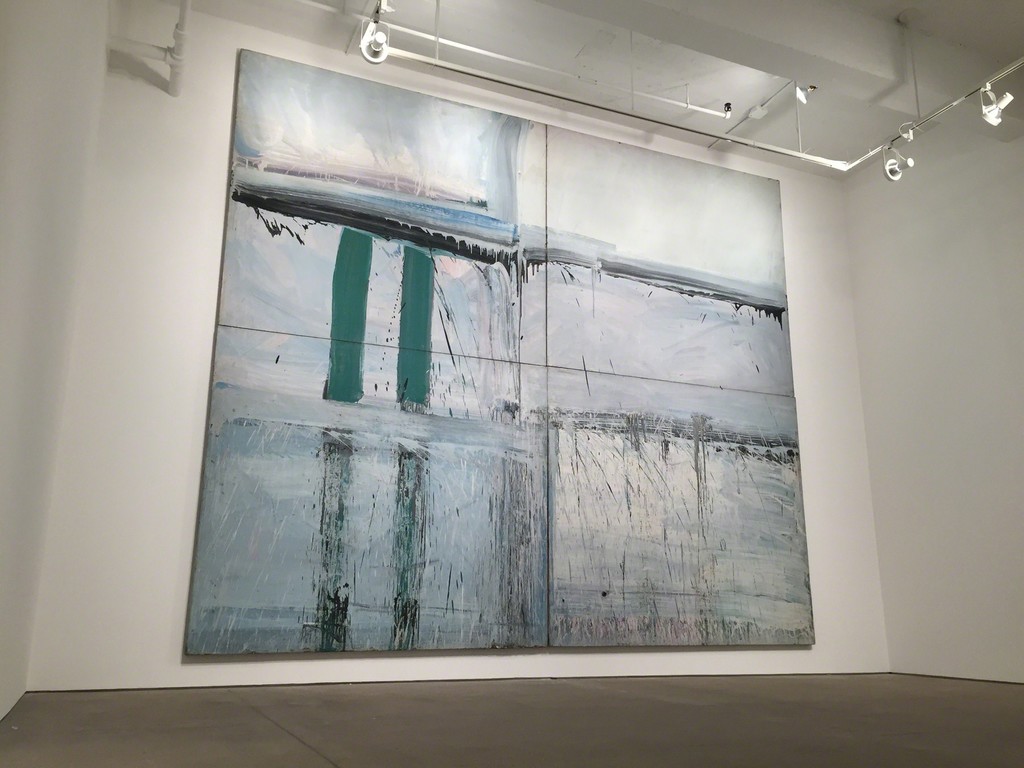 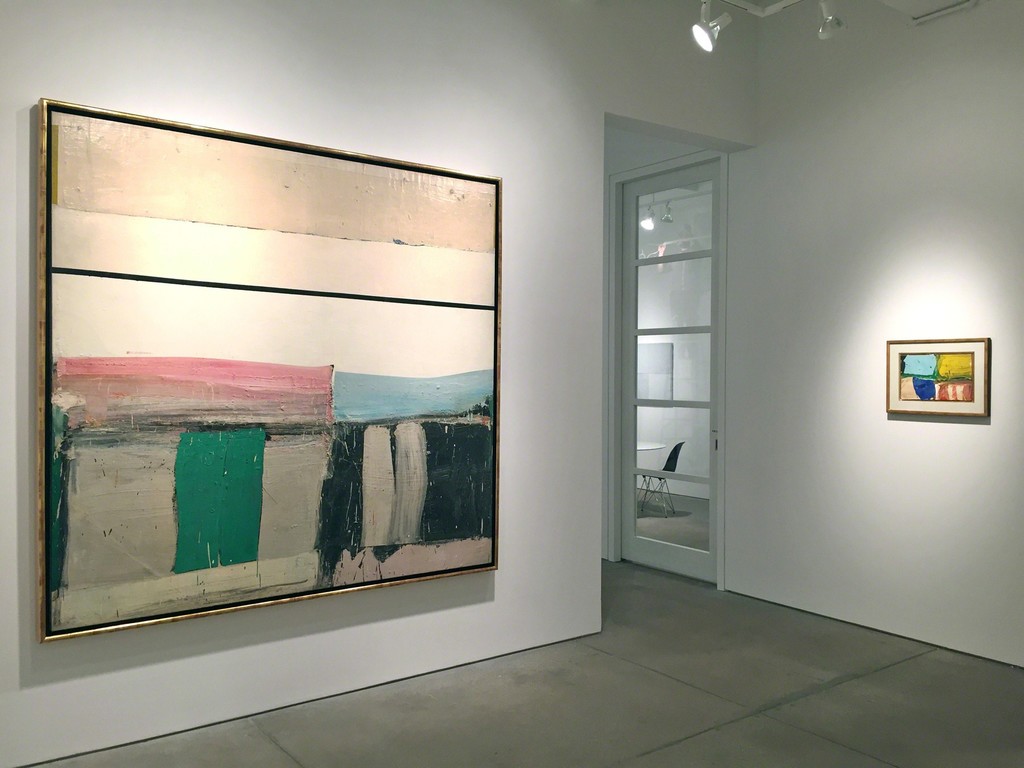 Allan Stone Projects is pleased to announce Alfred Leslie: Abstraction 1951 – 1962 on view October 29 – December 24, 2015. The exhibition features paintings and works on paper by one of the seminal artists of the New York art world in the 1950’s and 1960’s. Early in his career, Leslie was an Abstract Expressionist who experimented ambitiously with collage, grid compositions, and gestural and geometric abstraction. The incorporation of chance and control, of hard and soft, of active and passive modes, express the artist’s singular reaction to the explosive aftermath of abstract art in Postwar America.

Following major breakthroughs led by Pollock, de Kooning, Kline, and others, Leslie explored Abstract Expressionist and proto-Pop techniques. His method portrays a balance between vigorous expression and hard-edged control, featuring loaded brush strokes against architectural compositions as in The Black Line, 1960-61. He played with form in the collage Untitled, 1953, where ripped black and white paper are haphazardly stapled together, creating spatial tension. Leslie’s wide-ranging artistic activities, including filmmaking and writing, served as the context for the body of work that came out of this fervent period. Allan Stone stated in his essay on the artist that these works “epitomize the power and dynamic of postwar American abstract painting.” Leslie’s visceral approach to art making is best described as “embodying the zeitgeist of the time.”

Alfred Leslie was born in the Bronx, New York, in 1927. After serving in the U. S. Coast Guard, he studied at New York University under the G. I. Bill, and later at Pratt Institute and the Art Students League. Clement Greenberg selected his work for the New Talent exhibition at the New Talent exhibition at the Kootz Gallery in 1949, and a screening of his film Directions: A Walk After the War Games took place at the Museum of Modern Art. In the 1950’s, Leslie was included in the historic Ninth Street Show, curated by Leo Castelli, had five solo shows at the Tibor de Nagy Gallery, and was included in the Museum of Modern Art’s Sixteen Americans exhibition, all the while receiving great praise for his more geometric variety of Abstract Expressionism. In 1962, Leslie fully turned to large-scale figuration often in grisaille.

Leslie is the recipient of the 1968 grant from the National Endowment for the Arts, a 1969 Guggenheim Fellowship, and a 1994 Award of Merit Medal for Painting from the American Academy of Arts and Letters. His work is in collections of the Museum of Modern Art, the Whitney Museum of American Art, the Walker Art Center,
and the Art Institute of Chicago, among others. He lives and works in New York City.