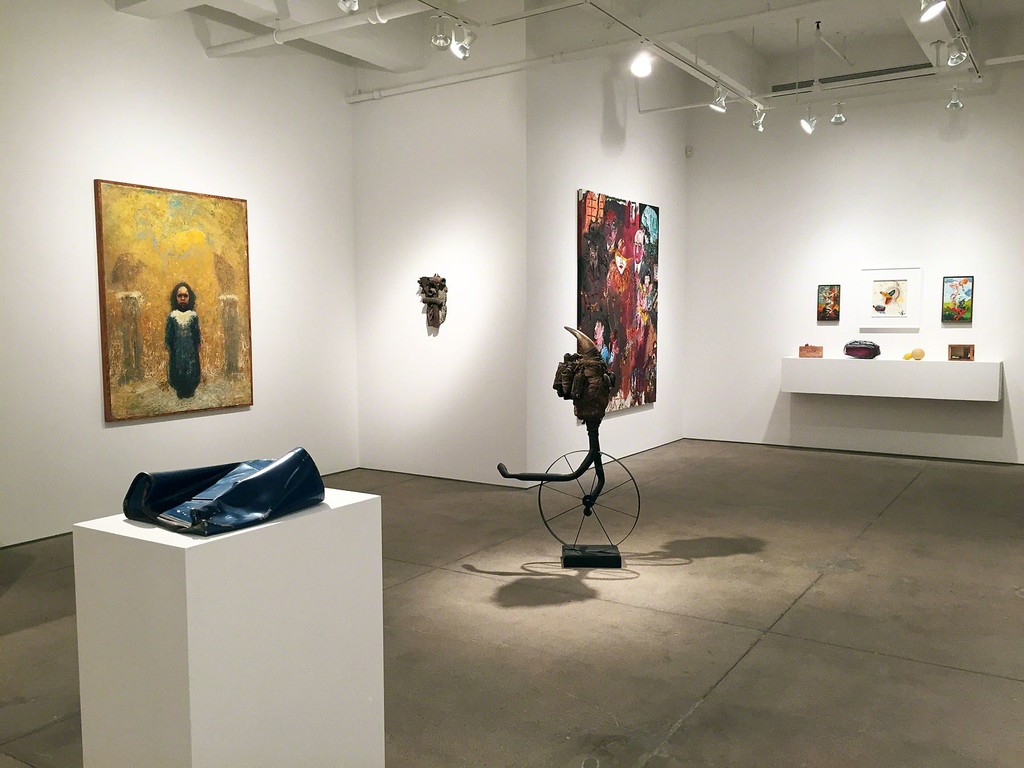 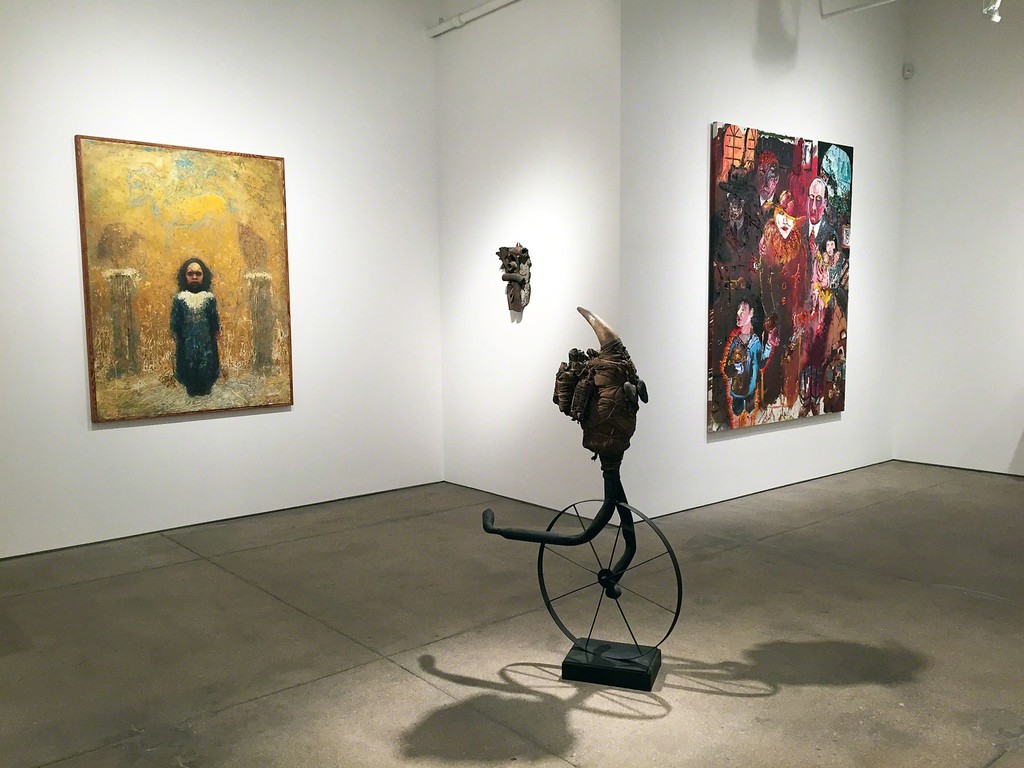 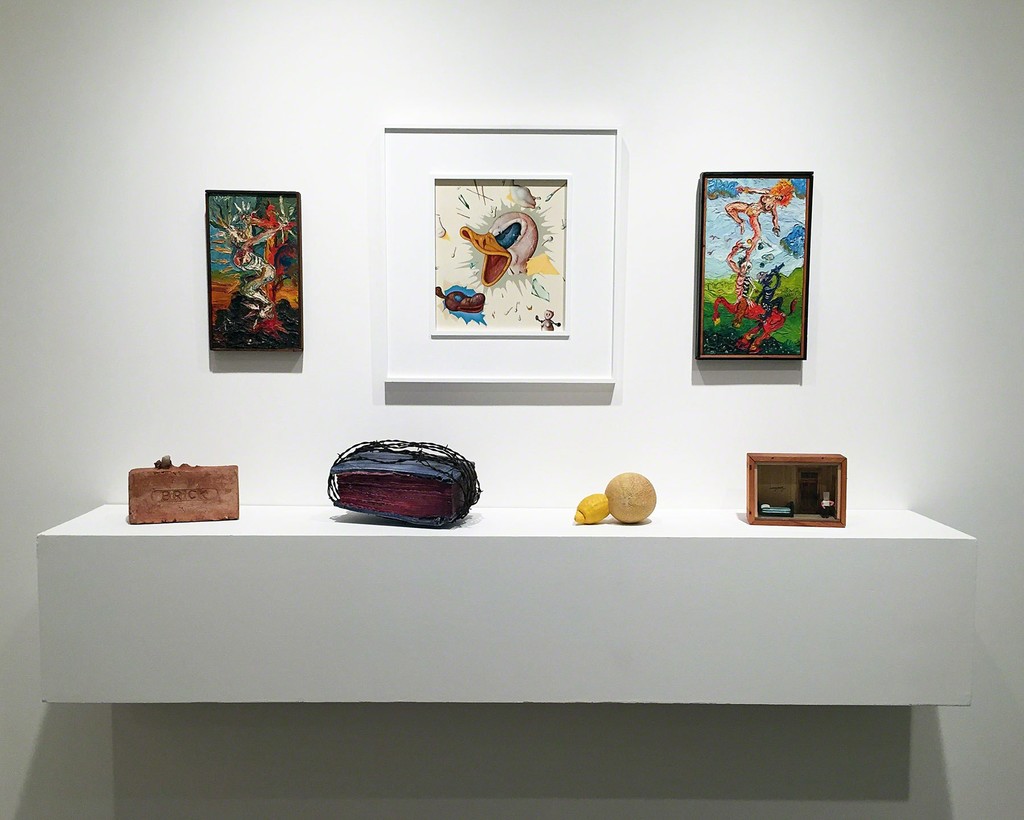 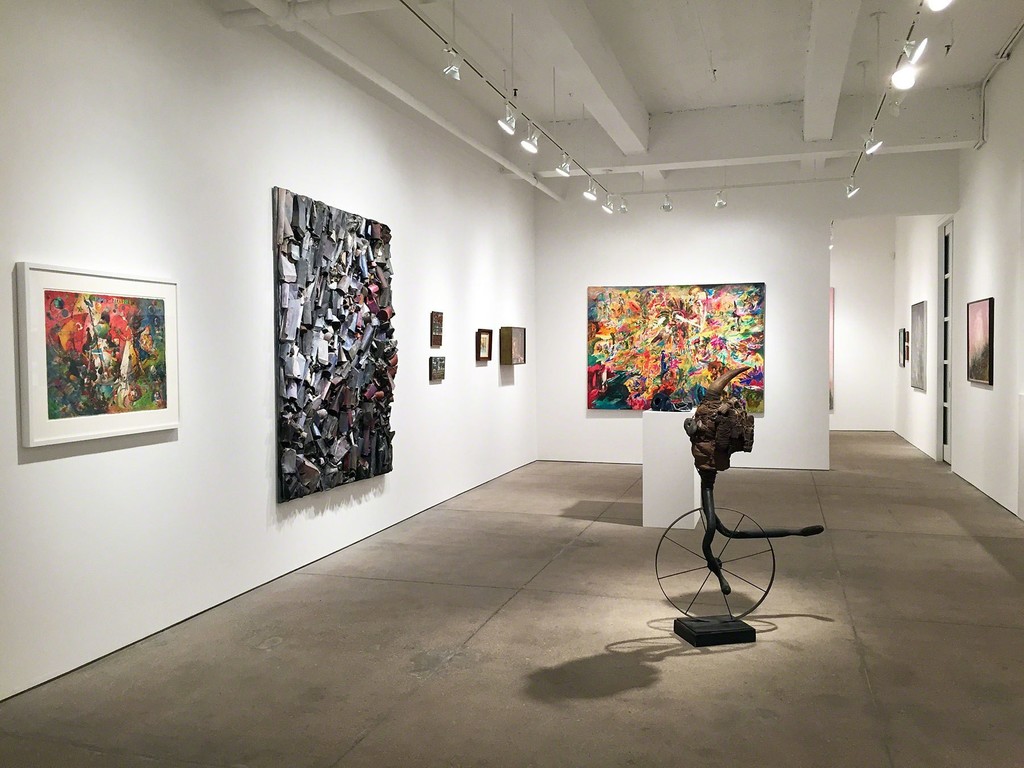 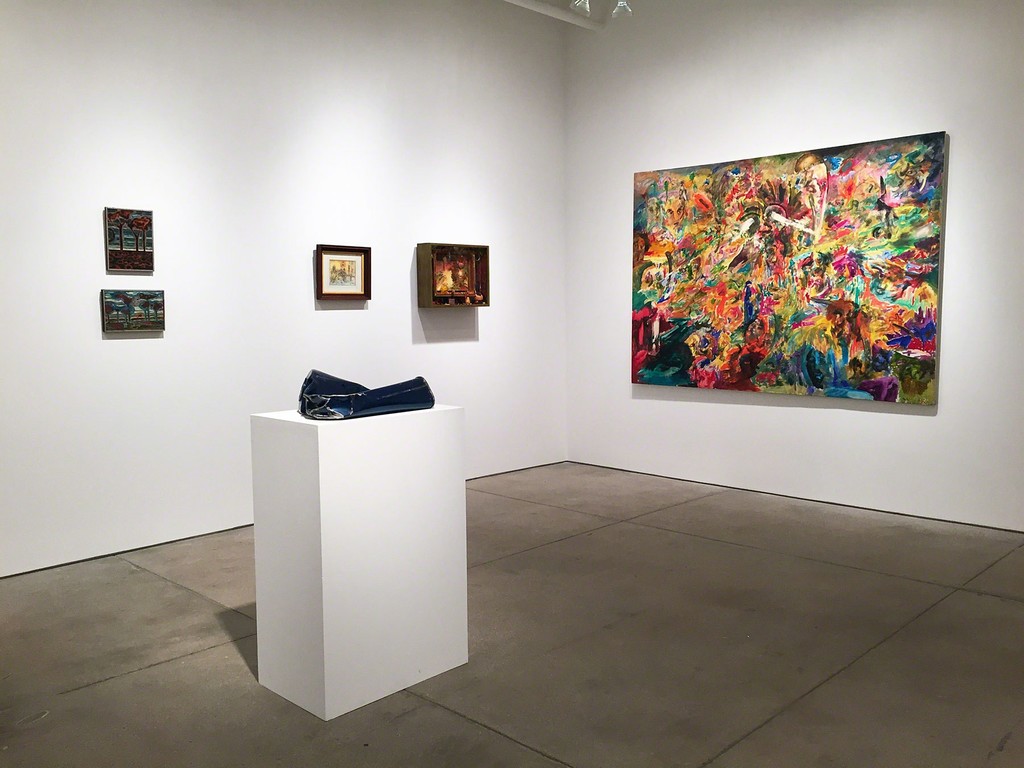 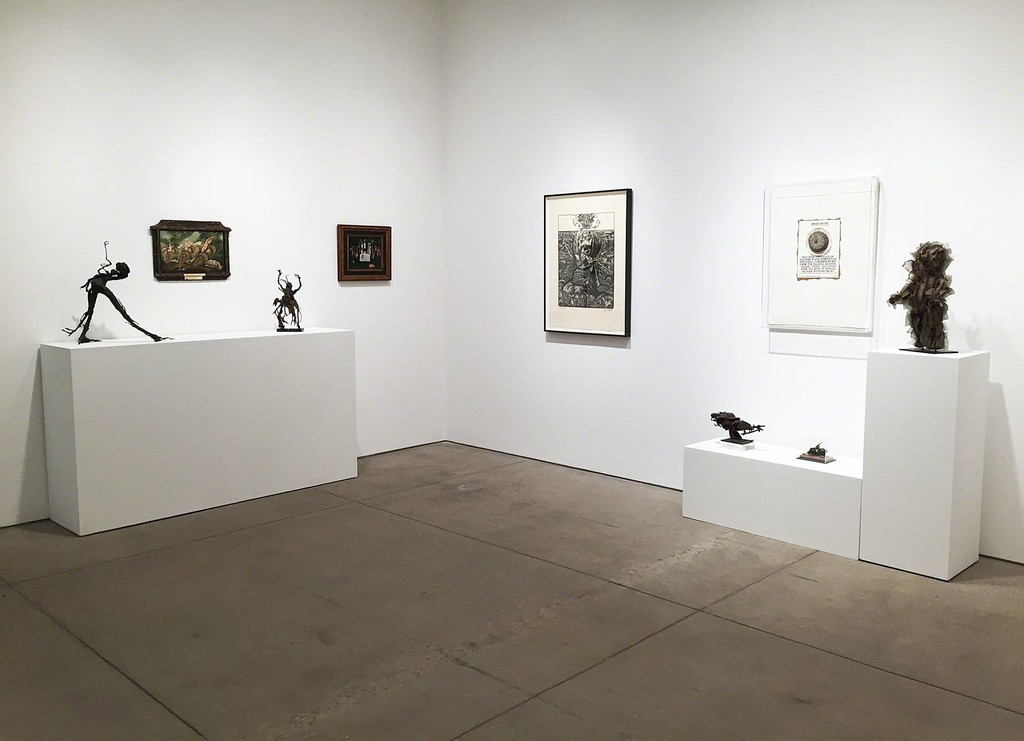 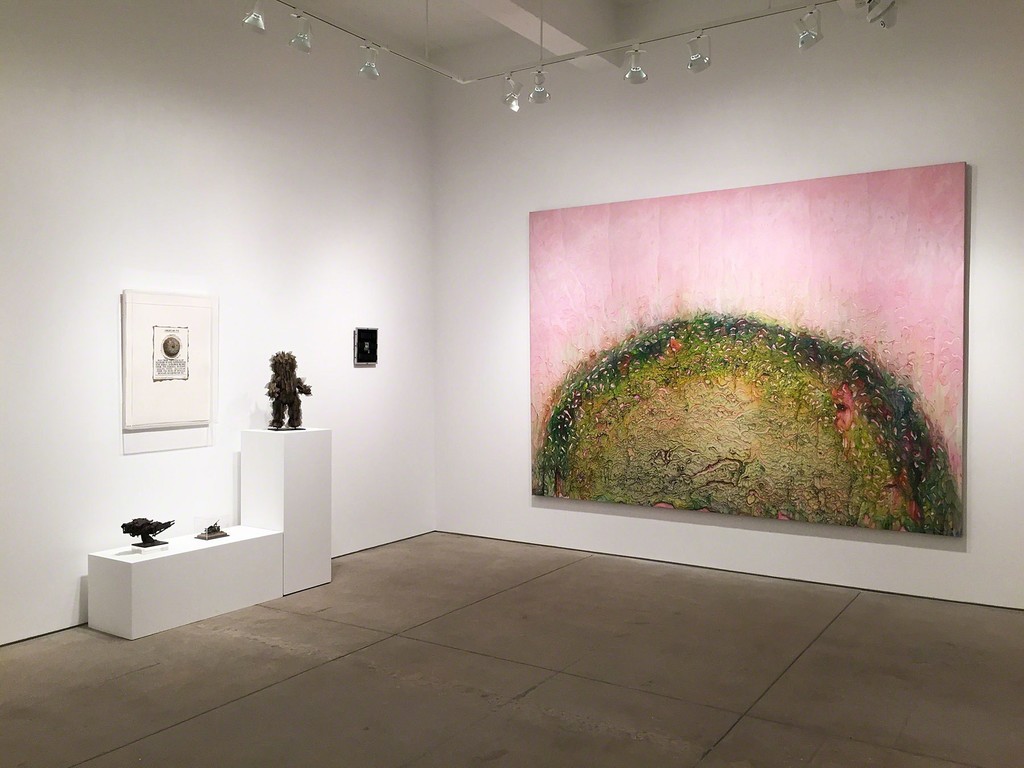 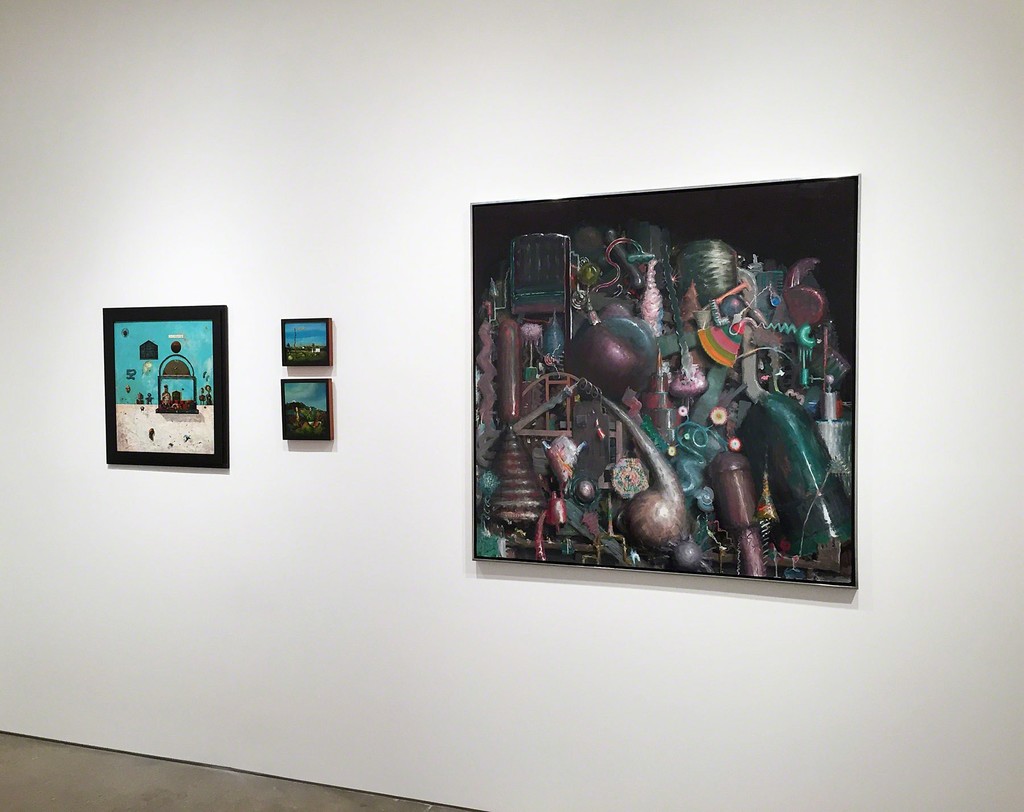 Allan Stone Projects is pleased to present Dancing with Dystopia, on view June 11- August 7, 2015. Selected from the Allan Stone Collection, this exhibition brings together paintings, sculptures, and assemblages of approximately 25 artists that reconcile cataclysmic themes with a sense of irony or humor. Forgoing the traditional narrative, these artists use their own visual language to convey a universal uneasiness about the future. These works engage the viewer with a psychological disruption that ignites the emotional in lieu of the rational.

Ship to Paradise #2 (The Island), 1987, by Robert S. Neuman encapsulates a major theme in the show: man’s reflection on the human condition and the modern life around him. A cacophonous otherworld includes an encumbered ship that serves as a symbol for man’s quest for a better life. The allegorical theme suggests an arduous journey through the clutter of material attachments and their distractions en route to enlightenment. Ship to Paradise promotes the abandonment of these material burdens for the sake of spiritual progress.

Another work in the show explores ideas of entropy and brutality inflicted on the world. Linda Cross’ Unearth, 1988, is a large relief that appears to be an assemblage of metal trash, but is in fact hand-made by the artist using paper maché, styrofoam, and paint. Creating an illusion of material detritus, the artist highlights the environmental impact of man-made waste and debris. The title suggests both an excavation of the work’s materiality and a humanistic exploration of the effects of modern civilization. Other works in the show experiment with similar ideas and materials such as Barton Benes’ Untitled (Fetish Figure) c. 1973, César’s Petit Insecte, 1959, and Robert Mallary’s Child, 1961.