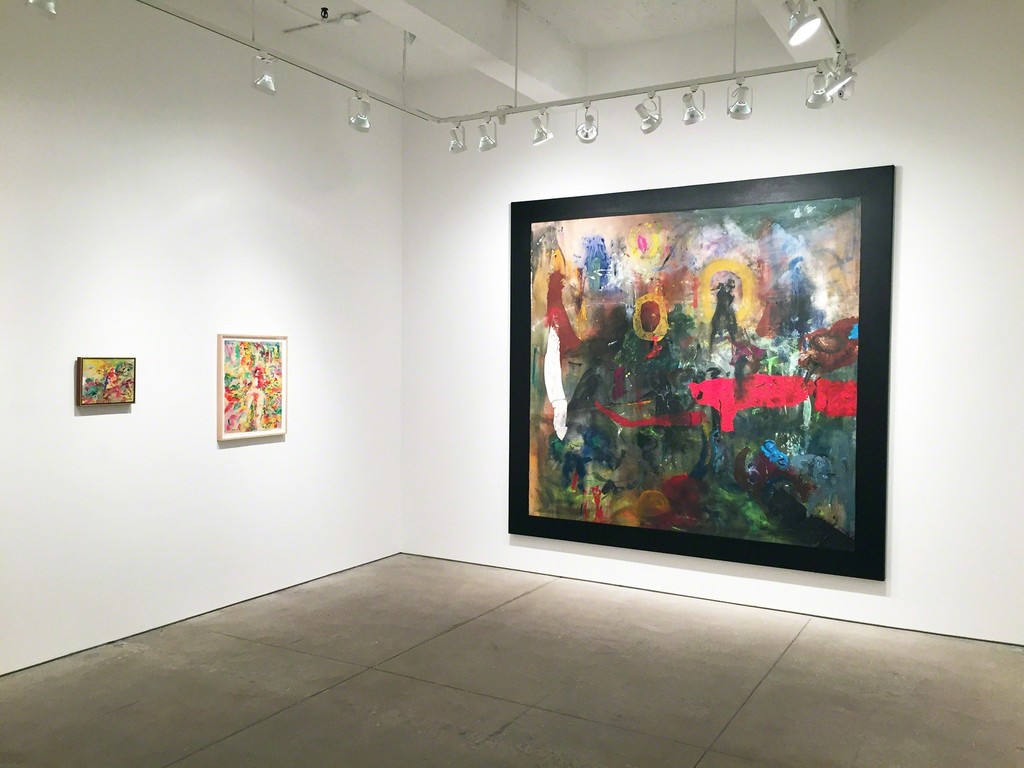 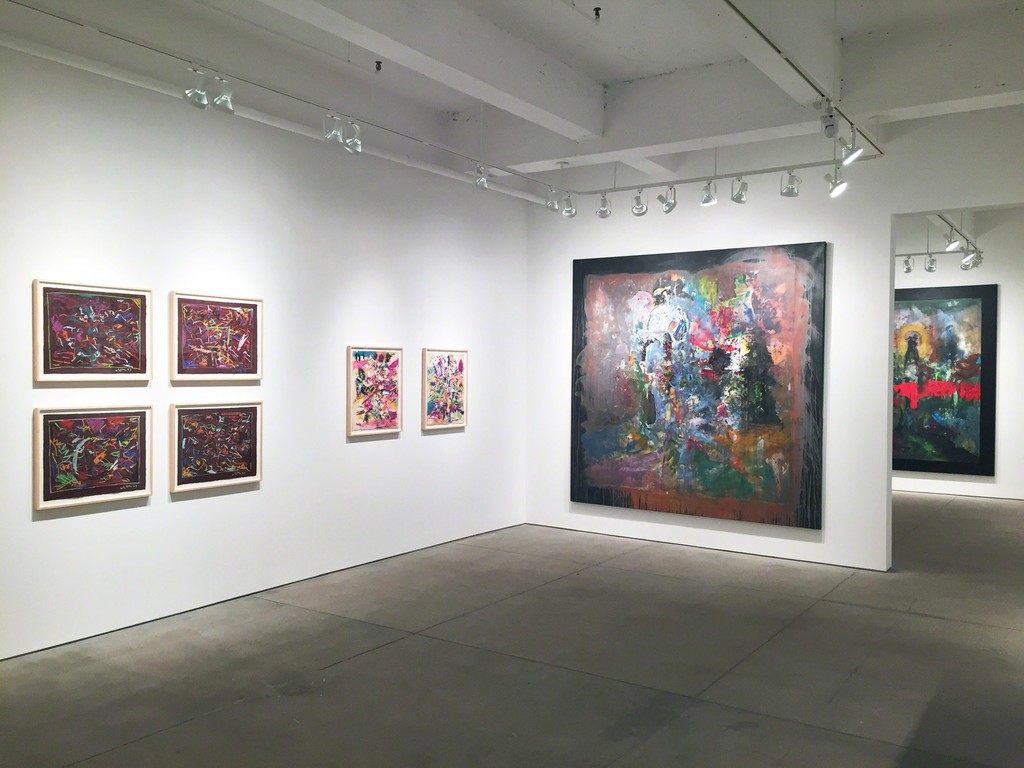 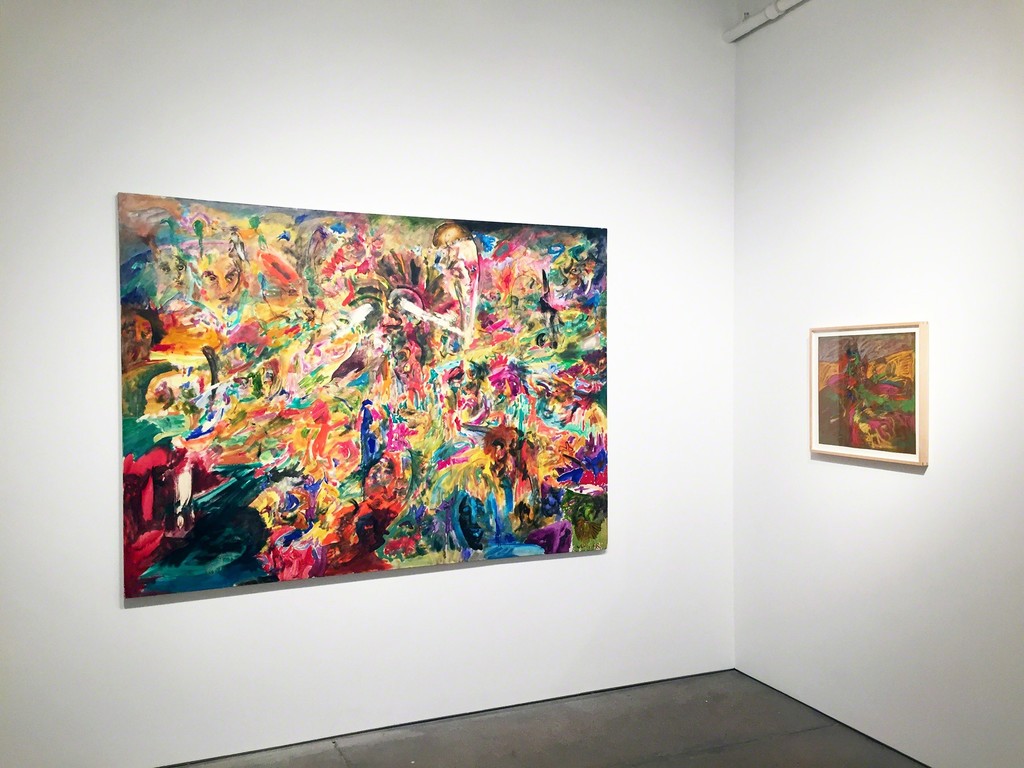 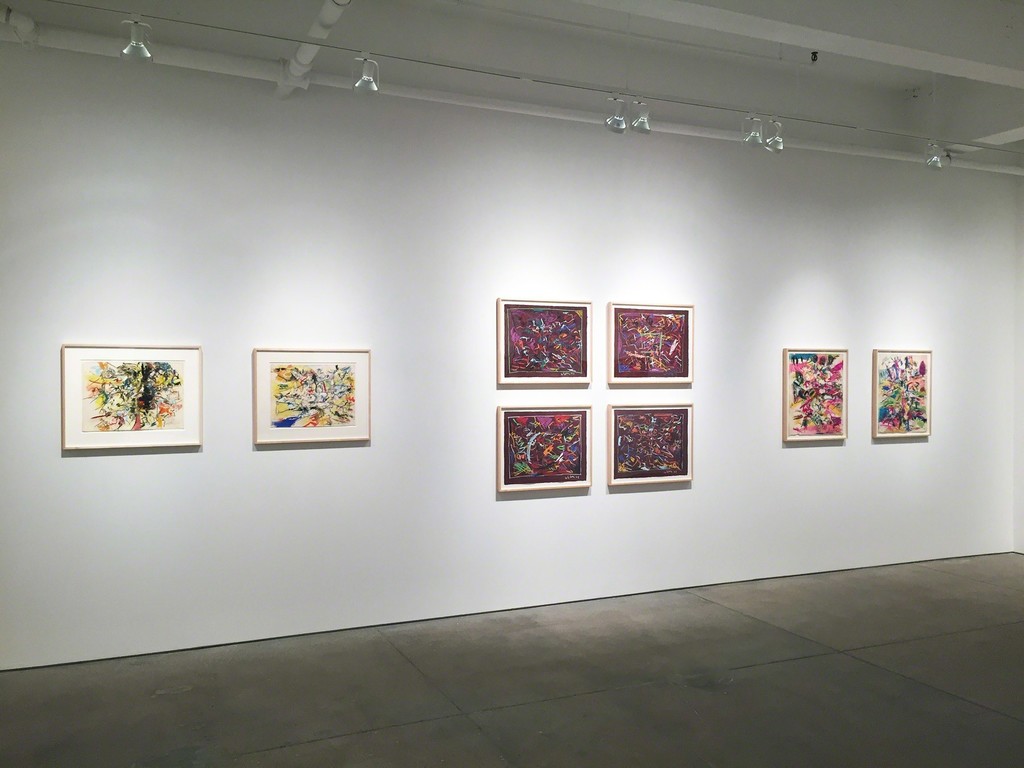 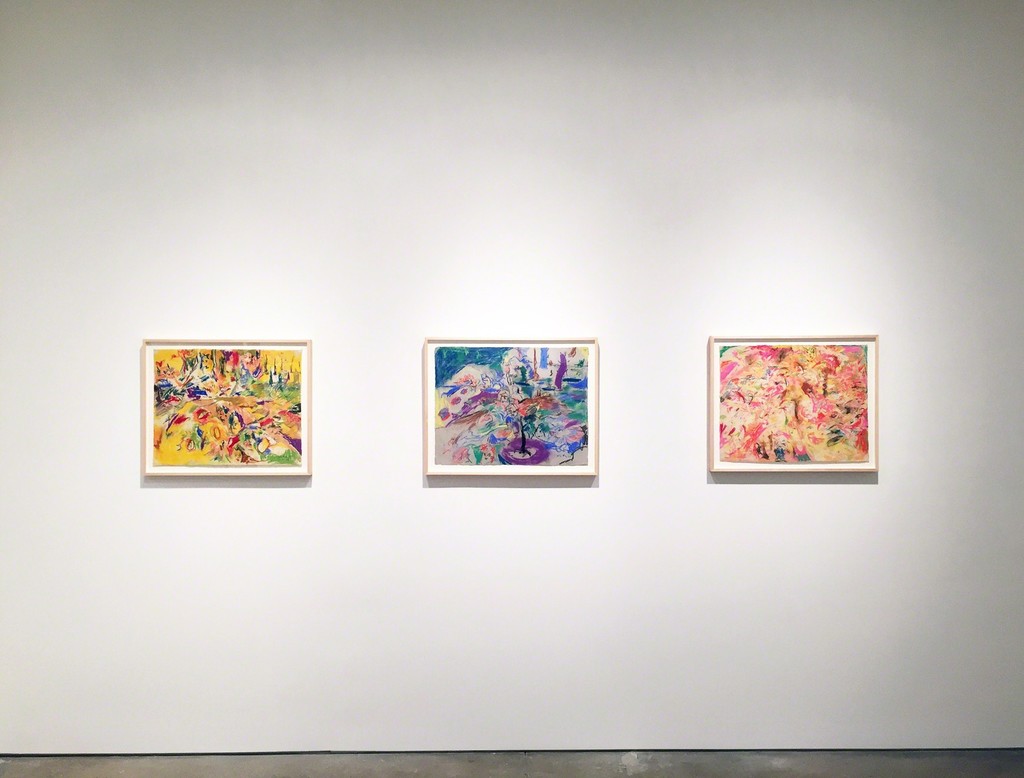 Allan Stone Projects is pleased to present Jack Whitten: The Sixties, on view from September 8 – October 22, 2016. Selected from the Allan Stone Collection, the solo exhibition surveys paintings and works on paper from a pivotal period in the artist’s fifty-year career. The exhibition brings attention to Whitten’s early gestural works and the transition into his signature process-based techniques, visible in two momentous paintings including Boschville, 1969, and CHE!, 1969. The seminal Zen Master, 1968, part of Whitten’s Garden series, will also be on view.

As a young African American artist from the segregated South, Whitten came to New York in 1960 where Abstract Expressionism still dominated the art world. Though influenced by Willem de Kooning, whom he knew, as well as Arshile Gorky and Franz Kline, Whitten defined his own dynamic brand of hallucinatory abstract painting. These early works feature his inventive juxtaposition of abstraction with surreal figurative imagery. Whitten's intuitive mark-making resonates with his experience of the strife and turmoil during a socially and artistically intense era.

By the late 1960’s, Whitten moved away from Abstract Expressionism and pursued a more process-oriented way of painting that he has been developing to this day. In Boschville, one observes the artist’s early use of squeegees and the remnants of scraping, spilling and lifting of pliable acrylic paint. The reduced figurative imagery, spattered abstract forms, and flat black border demonstrate a turning point in Whitten’s evolution. This painting, as well as CHE!, 1969, is Whitten's first experiment with innovative techniques, bridging his previous expressive painting with the inception of his increasingly complex methods.

Whitten was born in Bessemer, Alabama in 1939, the son of a seamstress and a coal worker. He entered Tuskegee Institute as a pre-med student and then transferred to Southern University in Baton Rouge, Louisiana to study art. There, he became involved in Civil Rights demonstrations and traveled to nearby Montgomery, Alabama to hear Martin Luther King, Jr. speak during the Montgomery Bus Boycott. Deeply moved by his vision for a changed America and angered by the violent resistance to this change, Whitten moved to New York City in 1960. He enrolled immediately at the Cooper Union, graduating with a bachelor's degree in fine art in 1964. Whitten had his first New York shows at Allan Stone Gallery, in a group exhibition, Four Voices–One Theme in 1965, and his first solo show following in 1969.

Whitten has been the subject of numerous solo exhibitions, including the most recent, Jack Whitten: Five Decades of Painting, a traveling exhibition organized by the Museum of Contemporary Art of San Diego in 2014-15; Jack Whitten: Erasures at SCAD Savannah College of Art and Design in 2012; an exhibition of memorial paintings at the Atlanta Contemporary Arts Center in Georgia in 2008; a solo show at MoMa PS1 in 2007; a ten year retrospective at the Studio Museum in Harlem in 1983; and a solo exhibition at the Whitney Museum of Art in 1974. His powerful painting, 9-11-01, 2006, was recently included in the 56th Venice Biennale in 2013. Whitten recently received an honorary doctorate from Brandeis University in 2016. His work is in numerous public collections including the Museum of Modern Art, the Whitney Museum of American Art, the Metropolitan Museum of Art, and the Tate London, among others.