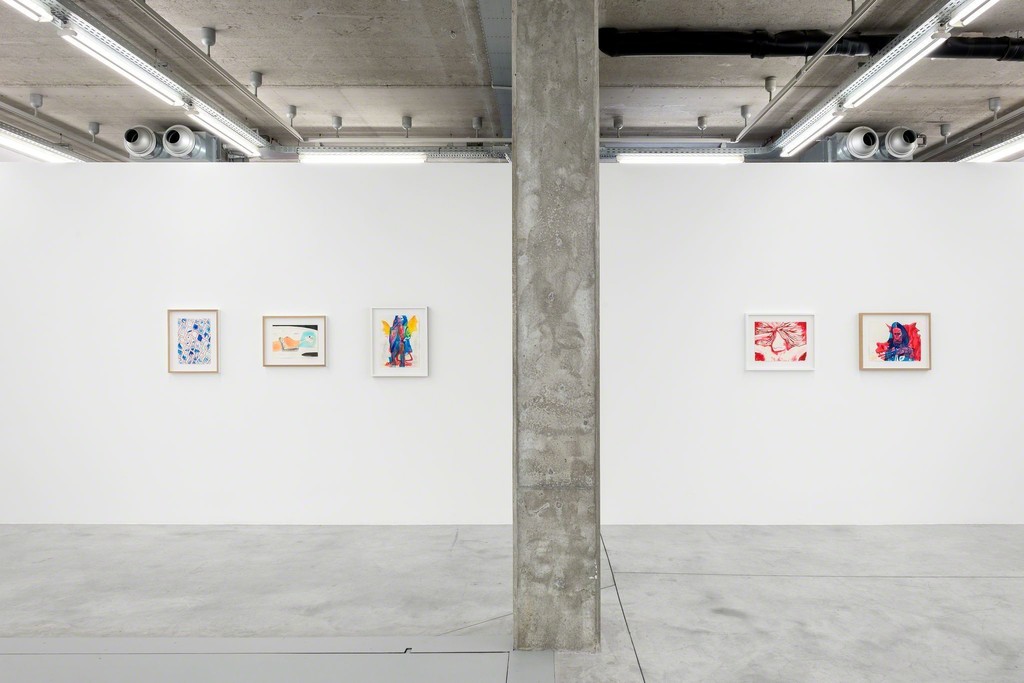 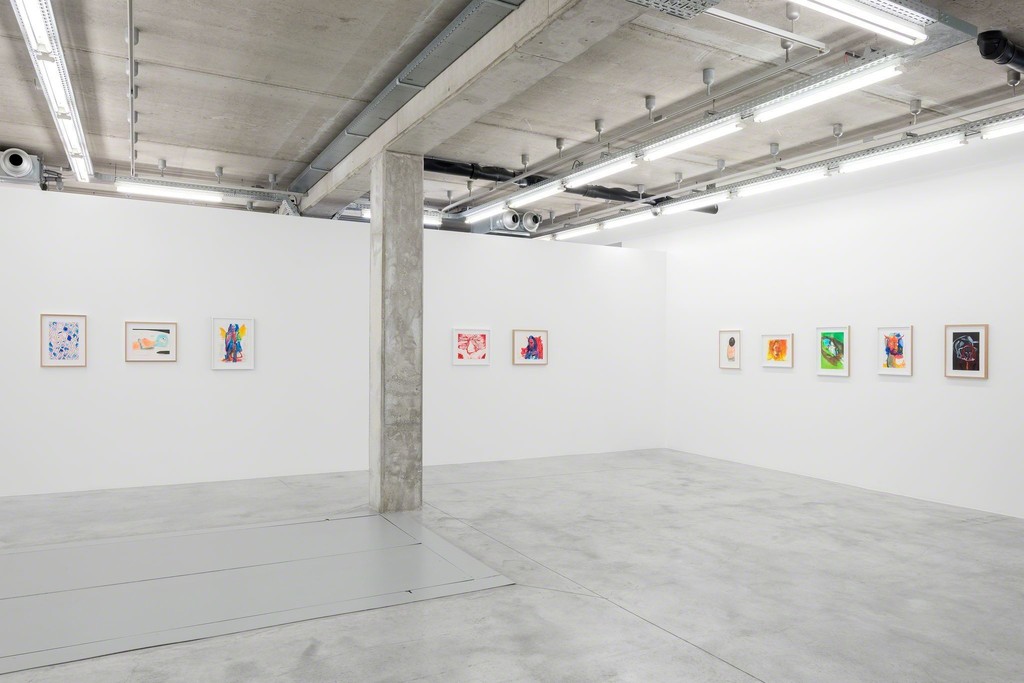 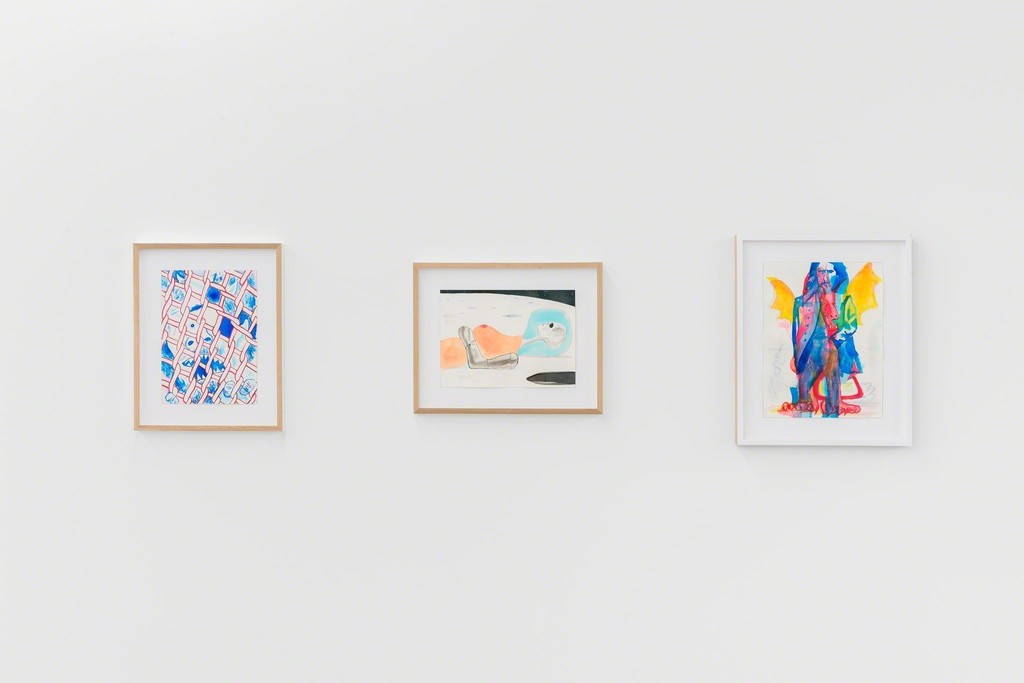 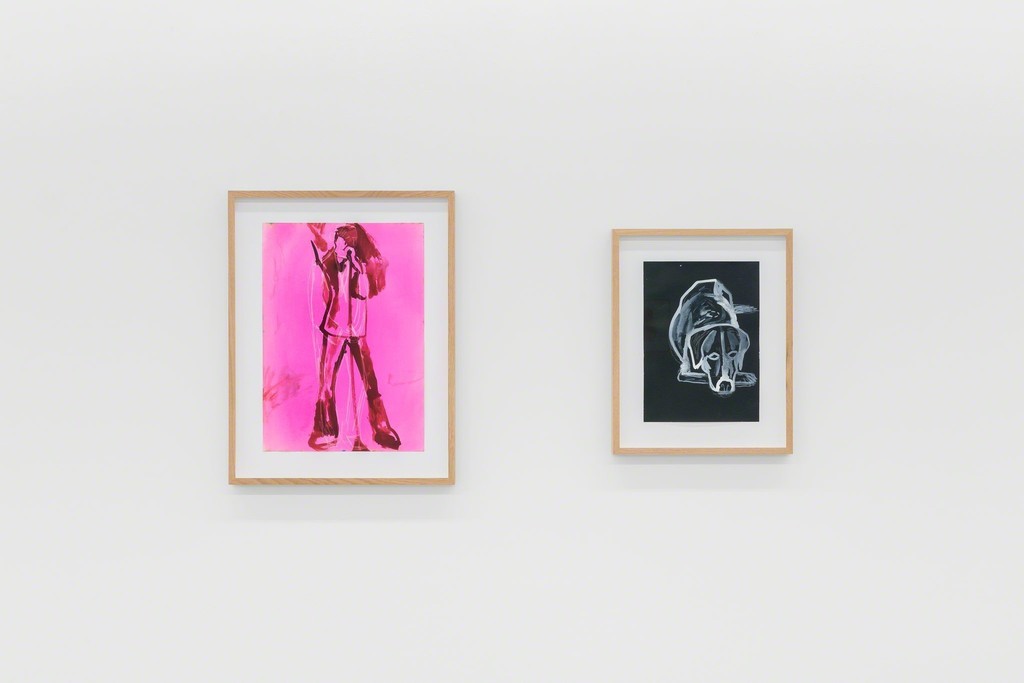 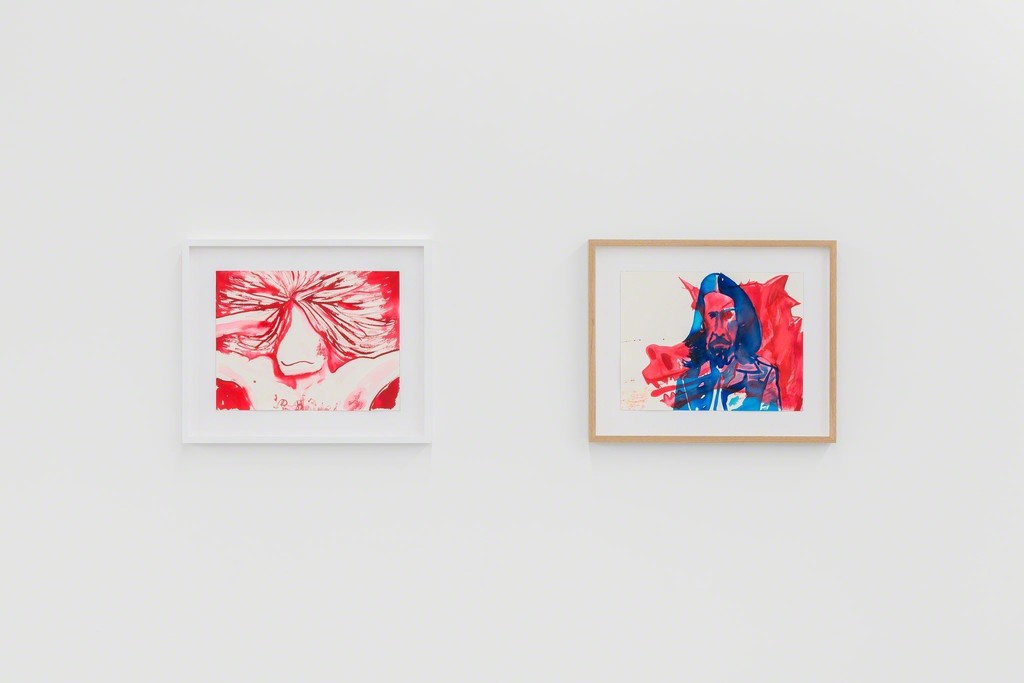 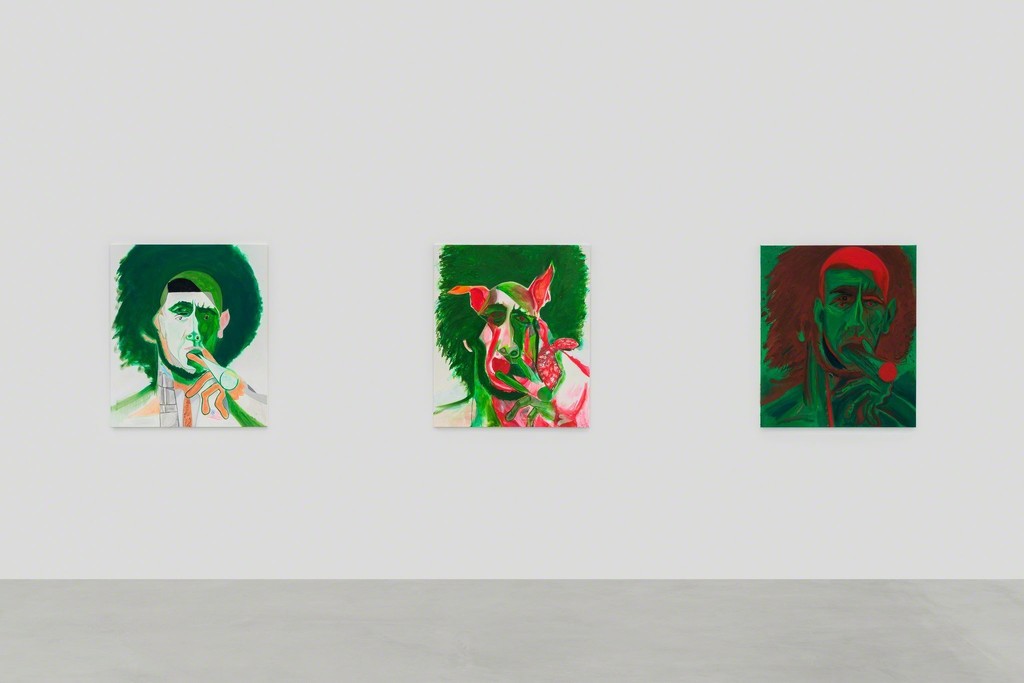 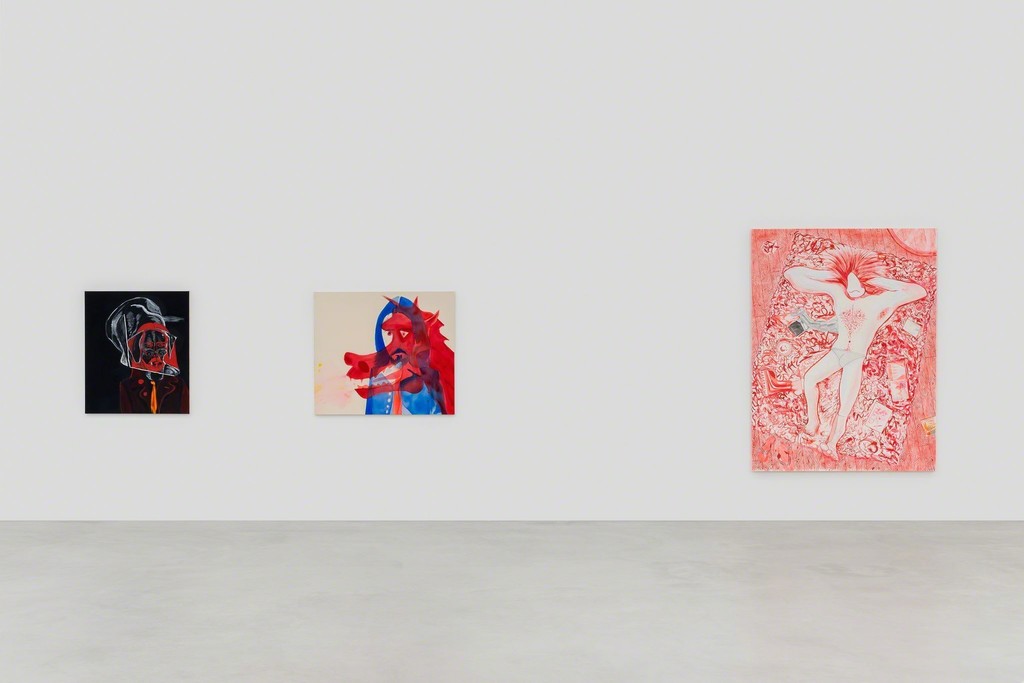 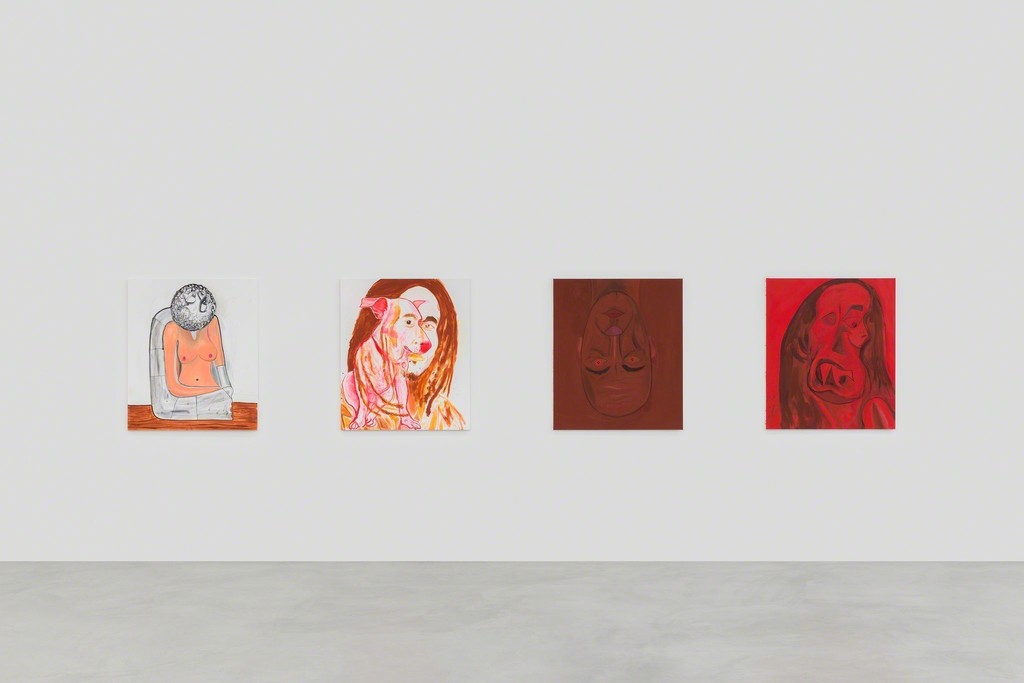 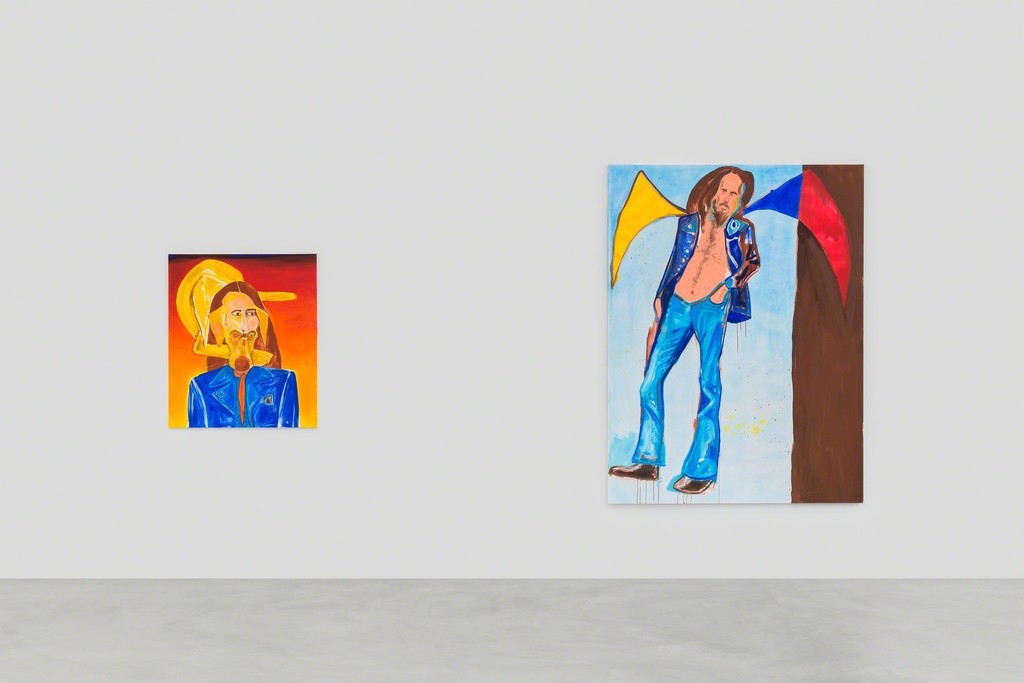 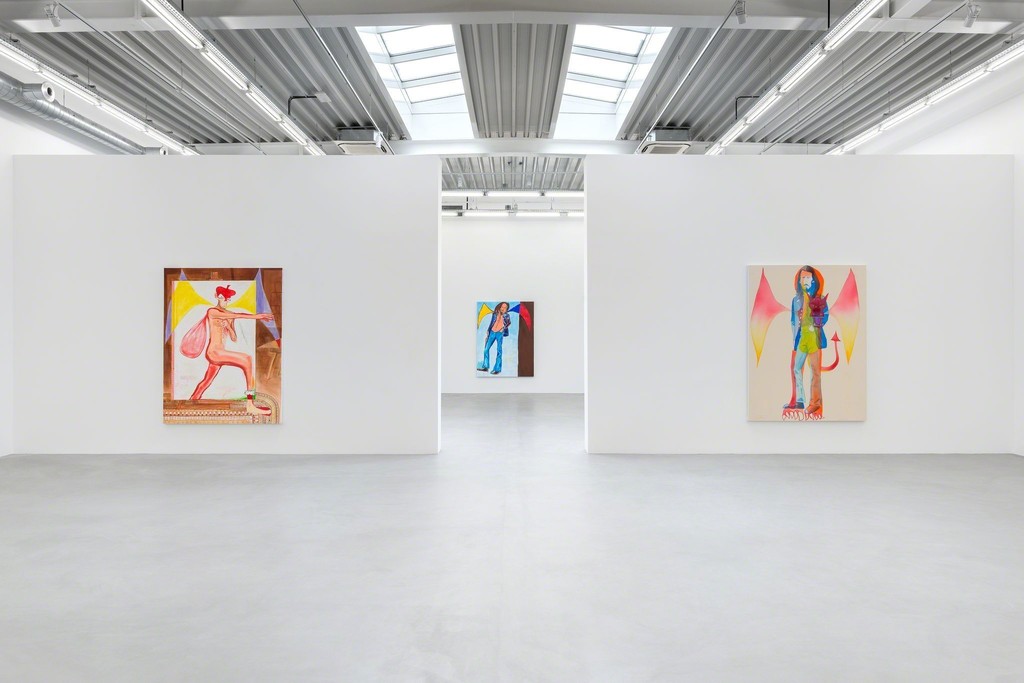 Almine Rech Gallery is pleased to present the first exhibition by Jason Fox with the gallery in Brussels.

Jason Fox’s first solo show was held at Feature in New York in the early nineties, just after MoMA’s High and Low: Modern Art and Popular Culture [1] (the first major exhibition to address “the relationship between modern art and popular and commercial culture.”[2]) and only two years before Mike Kelley organized The Uncanny [3] at the Gemeentemuseum, Arnhem. Fox’s work itself acts as a link between these events, and they in turn allow us to chronologically situate his acts of borrowing from both art history and from record sleeves of the seventies. Although considered as common practice today, this kind of artistic approach was not so widespread at the time.

In a recent interview with artist Joe Bradley, Fox explicits his position: “The early nineties was another death-of-painting period and to be making expressive paintings that had nothing to do with appropriation was going against the tide. […] From the start I was interested in a kind of cyborg/extreme figuration. For me Guston was the big shadow to get out from under. He did what I wanted to do. He’s this giant shadow, and to get out from under it my strategy was to go extreme. I was listening to Howard Stern, watching early Cronenberg movies, looking at S. Clay Wilson and Crumb. I wanted to blow the figure up and rebuild it in a Frankenstein-ish way. Art history and comics were the body parts.”[4]

Of course, there are many ways to take painting seriously and the one chosen by Jason Fox over thirty years ago (and to which he remains true) is continuously established in opposition to so many others. As Kate Liebman wrote in the Brooklyn Rail: “His concept is simple: paint what you love, and paint it over and over.”[5] The characters cast in Fox’s work are often commented upon, and while their representative qualities are widely accepted they still appear original and imaginative. We are to meet none other than the ex-Beatle George Harrison, Barack Obama and Bob Marley all surprisingly merged into one person, followed by a whole host of individuals fittingly dubbed as “paleo-futuristic”[6] by Jerry Saltz. They form a group which, on the one hand, clearly has something to say about American society (the Star-Spangled banner is occasionally used in a literal manner) and on the other hand speaks volumes about the artist’s own personality. The act of painting, or being a painter is in fact often Fox’s main subject matter: canvases undergoing work crop up frequently in “Untitled” (2002), “Mabuse in studio” (2008), and “Lester” (2009). Characters also iteratively make attempts to escape from their painted surfaces, as is the case in “The painting That Saved the World” (2011) and “The painting That Stole the World” (2015). The canvas is sometimes foregrounded in his works and seems to be essentially used in such cases to construct and compose the surface of the painting (“Ashlar” (2016) and “Untitled” (2017)).

While the narrative inventiveness and sharp satire of Jason Fox’s work are no longer to be questioned, critics have too often resorted to mentioning only his subject matter, thus backgrounding what actually constitutes Fox’s value in the history of painting: his style. Philip Guston’s shadow does indeed seem to loom above the paintings: the former’s influence can be detected quite literally in the way a foot or hand is depicted or even in the occasionally exclusive use of the color red. Once again, ingenuity and originality are interweaved in a permanent dialogue with the question of the painting itself (how are things represented? what is the composition made up of?) and with the never ending challenge the artist has set himself to find efficient yet complex formal solutions. His subjects are pretexts for experimentations in form, and Fox not only seems perfectly aware of previous painterly forays made throughout art history but he is also conscious of how images in general can potentially inform the history of painting.

In 1993, I invited Jason Fox to take part in a publication where artists were asked to reply however they saw fit to the following question: “What is your ideal place?” Fox replied: “In the arms of the one you love” along with a ballpoint pen drawing showing a small man crushed by the tentacular yet affectionate embrace of a feminin humanoid whose hair somewhat resembled a Napoleonic bicorn. In retrospect, one is tempted to interpret this extraordinary (if not to say epic) scene as a representation of the artist’s relationship with his own paintings, with art history and perhaps even with contemporary American society. He might be doubly embodied in that drawing: a little of the artist seems to shine through in each of the clinching characters.