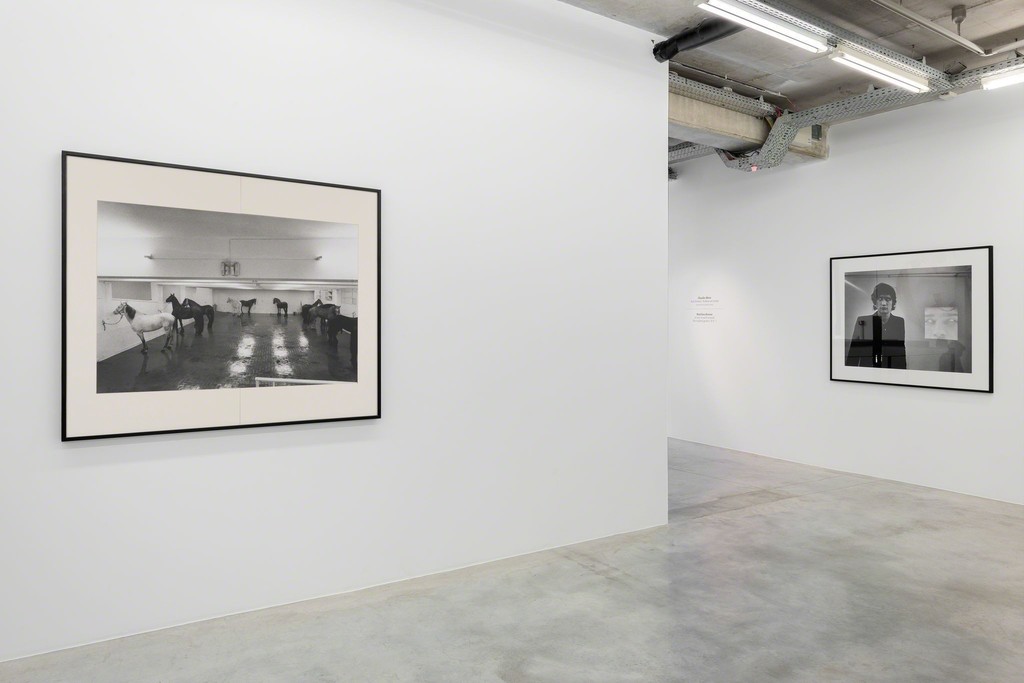 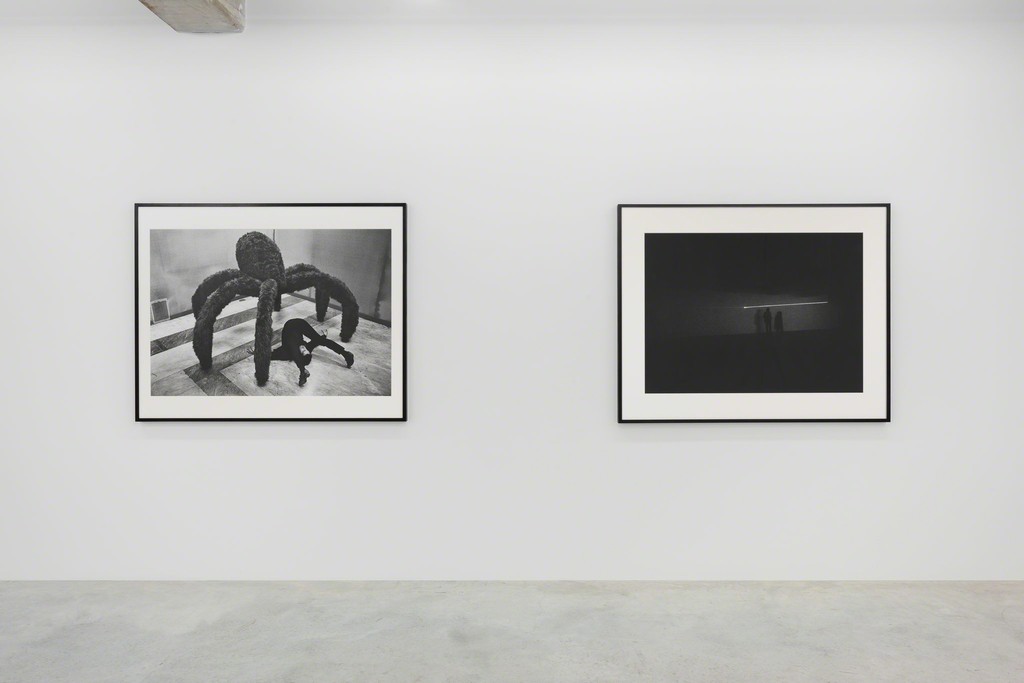 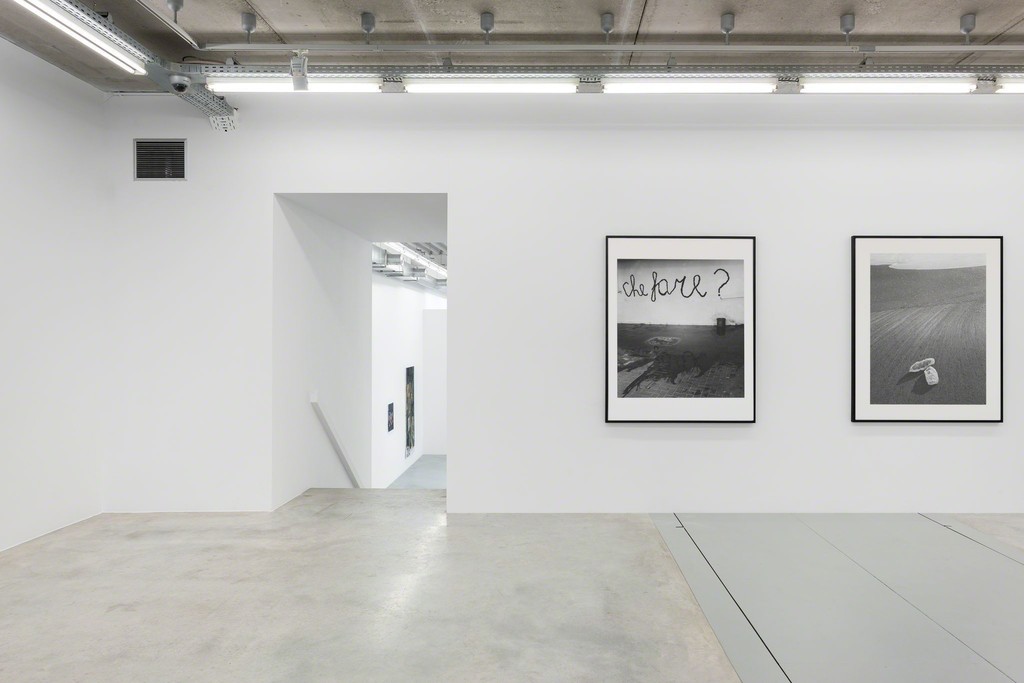 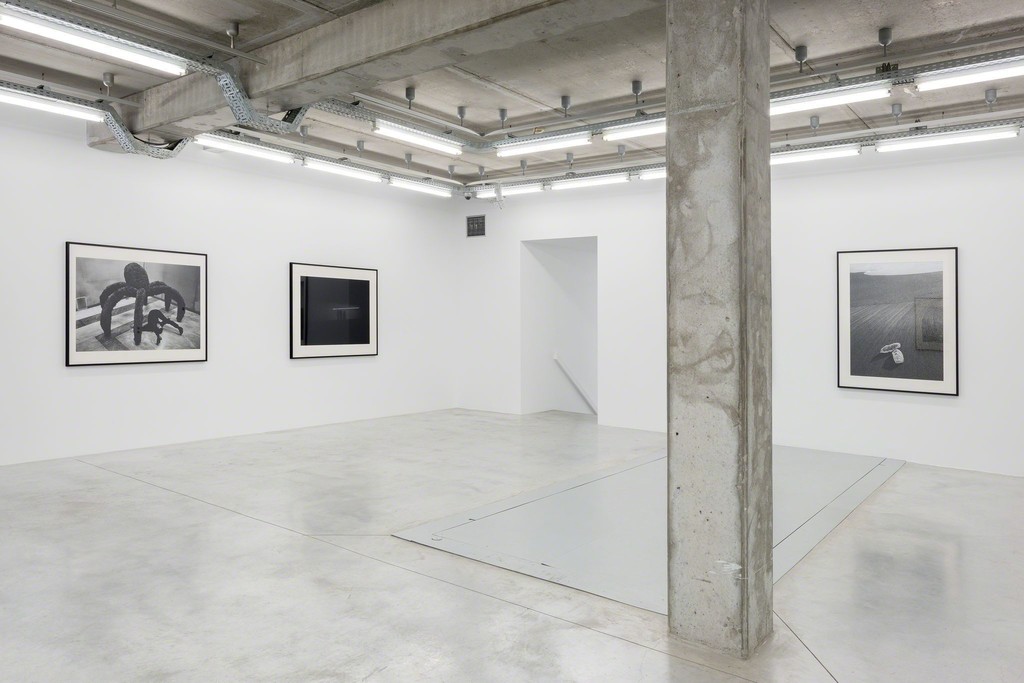 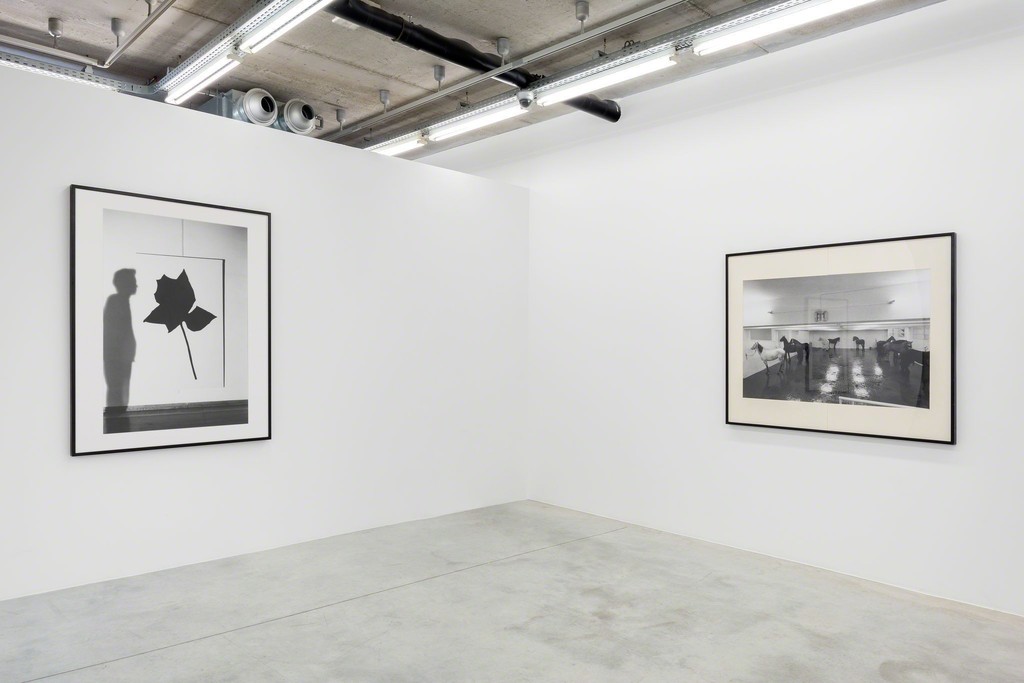 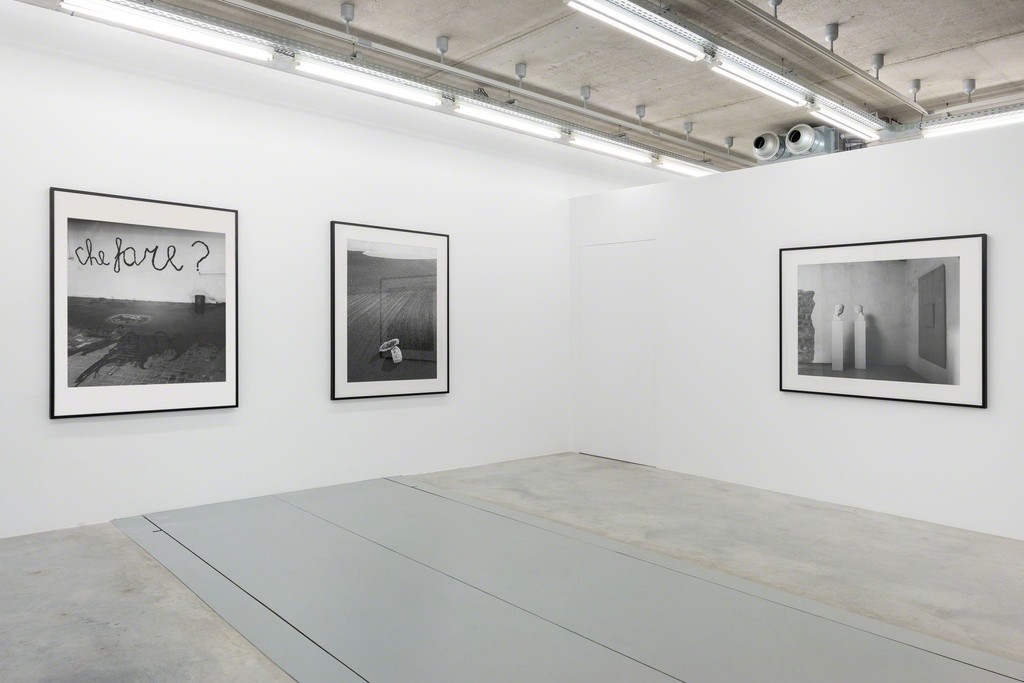 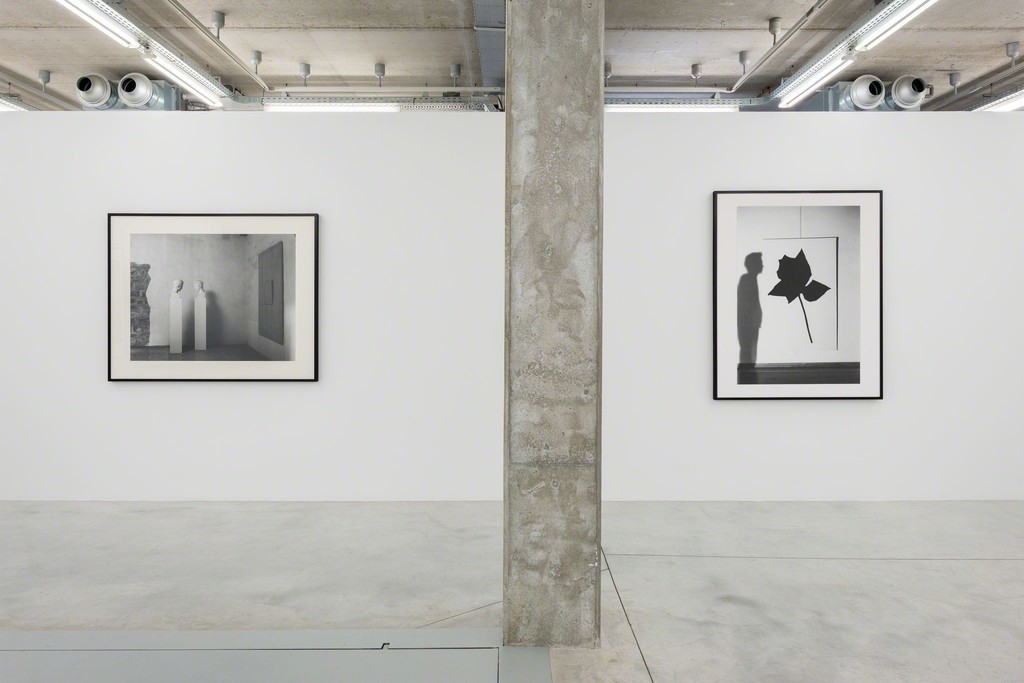 "Claudio took photographs of several of my works with thought and tenderness, all the while understanding his surroundings and capturing the drama created by these instances of formal disruption.”

Almine Rech Gallery is pleased to present a selection of photographs bearing witness to the unique moments immortalised by Claudio Abate during the emergence of the Arte Povera movement in Rome.

It was a period when Abate’s chosen synchronies made way for the natural, the ephemeral, and the instinctive, be it in live performances he experienced or in the photographic freeze-frames he captured ranging from Vedova blu by Pino Pascali (1968) to Rovesciare i propri occhi by Giuseppe Penone (1970), from 120 metri al secondo by Maurizio Mochetti (1971) to the iconic Cavalli with Jannis Kounellis in 1969.

This exhibition not only aims to shed light on the way Abate’s photographs are able to perfectly render the works of extraordinary artists and to capture unique performances but also suggests that each image can be appreciated as an art piece in its own right. More than just a photographer, he became a true eyewitness of unforeseen artistic revolutions in Europe. His shots constitute precious documentation of events of which we would otherwise have no record and are therefore emblematic of a period. After World War II – and in the wake of Dada – new creative upheavals arose, owing namely to artists such as Beuys who challenged the boundaries not only of sculpture, art, and creation but seemingly all sectors of life. Anyone could be an artist according to the simple logic that the work to be made was the world itself. No more, no less. In a specifically Italian context, Lucio Fontana and Piero Manzoni had already begun to explore (each in their own manner) how to widen the field of artistic action. As a refusal of consumer society’s mannerisms, Arte Povera followed on from Beuys and opted for all things natural, instinctive and ephemeral. They broke down the barriers between art forms such as music and theatre and blurred even greater lines: between art and life. Claudio Abate joined the group in order to create a tabula rasa which would be his starting point for action. Indeed, since his first encounter with Carmelo Bene and the Teatro Laboratorio in 1959 during a show called 'Happening', he saw how he could sum up all of the scenes in one simple vision. Claudio Abate was present in the front row, in Rome during the birth of the Arte Povera movement. L’Attico gallery held 'Spazio degli elementi. Fuoco, Immagine, Acqua, Terra' ('The space of the elements. Fire, Image, Water Earth') which included works by Jannis Kounellis, Pino Pascali, and Pistoletto. No materials were forbidden and a new poetics of space was instituted. All energies were activated: take for example works such as Marisa Merz’s Scarpette. It was felt that objects should be left behind in order to unleash the potential of eventual experiments and experiences.

Several Arte Povera artists were invited to participate in 'When Attitudes Become Form', Harald Szeemann’s seminal exhibition at Kunsthalle Bern in 1969; this was the occasion for them to perfect new schematics of thinking based on an osmosis between nature and culture which would upturn the art world. Mario Merz then went on to invent his first Che fare igloo; Pascali created his renowned Vedova blu; and Kounellis – the iconoclast – let loose twelve live horses at L’Attico gallery. Claudio Abate instantly saw how these artists were to create a new relationship with time and space based upon a direct experience of reality. His challenge was then to capture this liveliness, this human aspect and sheer energy within his photographs. For the Arte Povera artists, space was not a just a thing – but rather a reality which allows discrete materials and objects to enter into relationship with one another, forming an “alchemical” mix of the mundane and the noble.

Performances are temporal, spatial and emotional situations which take place at a determined place and time according to a defined length, before a small audience or perhaps even no audience at all. Once a work which exists only simultaneously with this hic et nunc experience is over, the question of its preservation arises. Many actions were brought to their audience solely by means of photography, particularly once printed. While of course the artists valued the documentary power of the photographic image, alongside Claudio Abate they also gauged the artistic potential of a medium that was to partly shape the aesthetics of their practice.

“I had to use just one image to sum up the entirety of a work, because quite often only one photographic reproduction is favoured; it has to accurately represent both the piece and the artist’s intention. The artist himself must recognise it and accept it as the definitive image of his work, as if it were his own.”

Abate’s gaze transcended each artist’s intention to fully grasp an action unfolding in time. He not only understood what would be left of the performance, but what is or was in essence. He created images which were of his own invention, often co-creating the work placed on the other side of his lens. His idiosyncratic use of black and white created a unique visual dimension, urging us to use our imagination regarding the materials we see. He inhabits the enigmatic shadows cast by backlit objects, the spaces which seem impenetrable to the eye. Abate’s work is characterised by light within darkness, all the more important than the trivial clarity of day. The surfaces and depths of his images have shimmering, iridescent accents recalling the beauty of Byzantine icons: chiaroscuro, ineffably discursive, fixed and fugitive, naturally illusive, artificially real. But what we are really dealing with here is a man, searching for himself and for a meaning that lies somewhere between artistic technique and metaphysics.