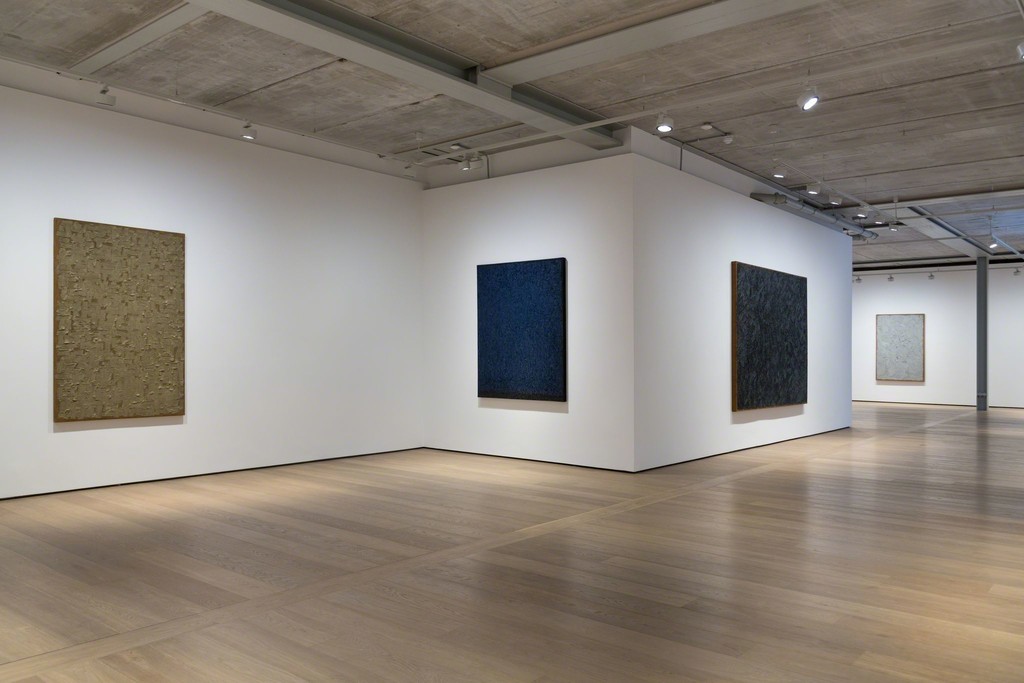 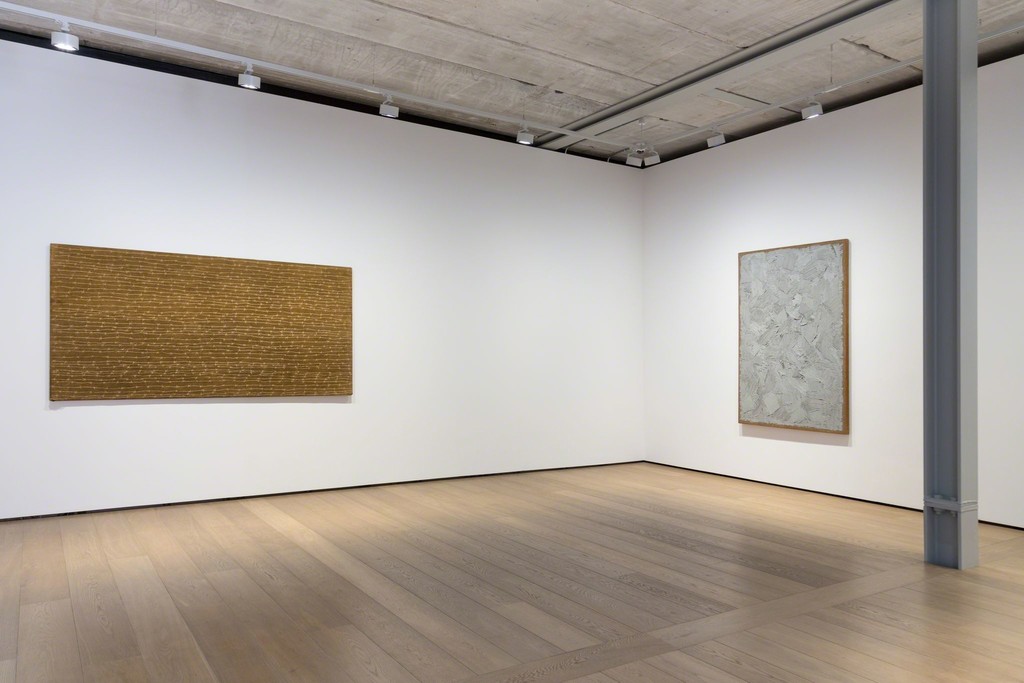 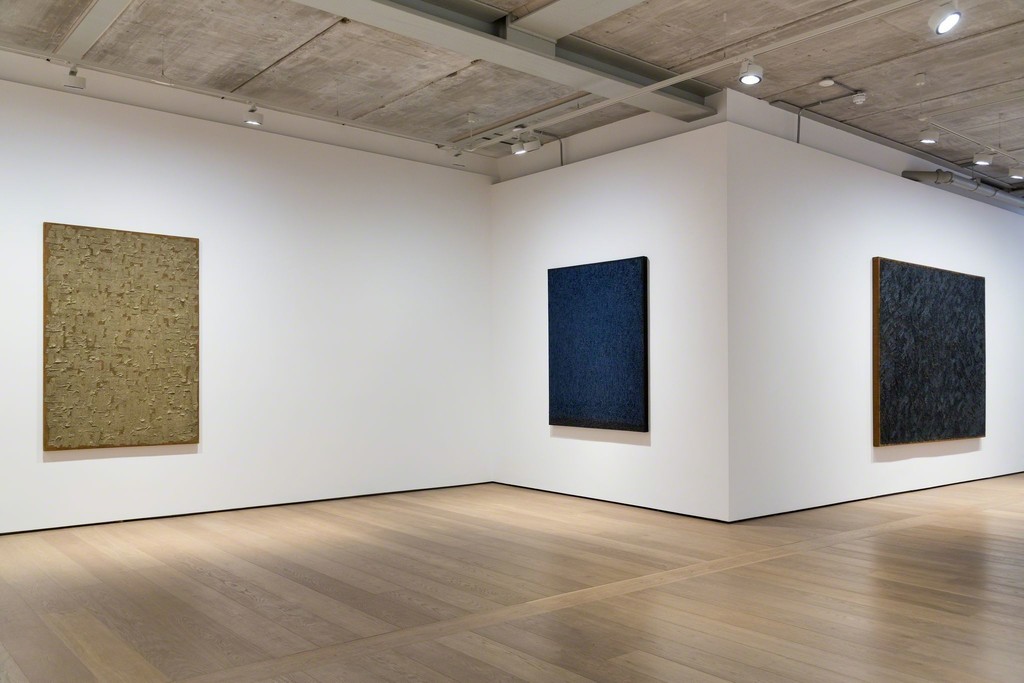 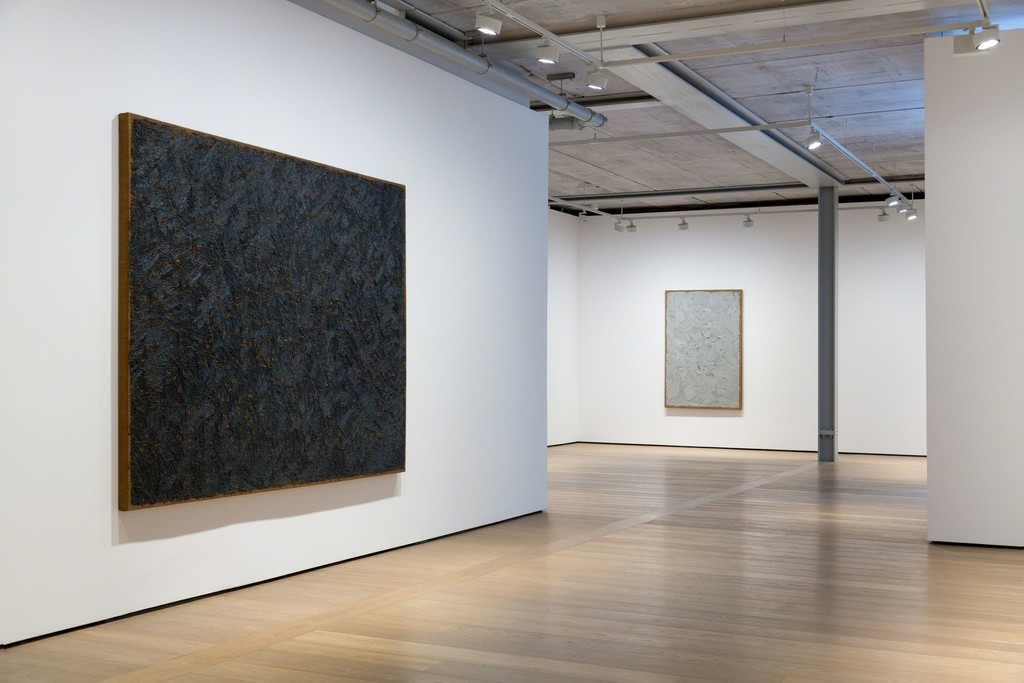 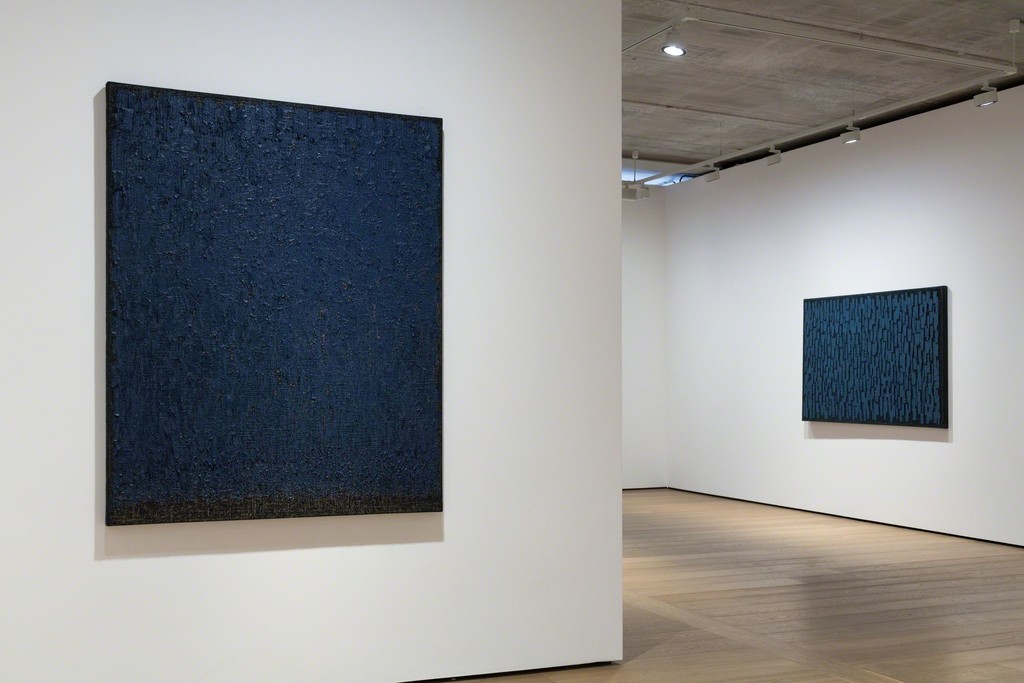 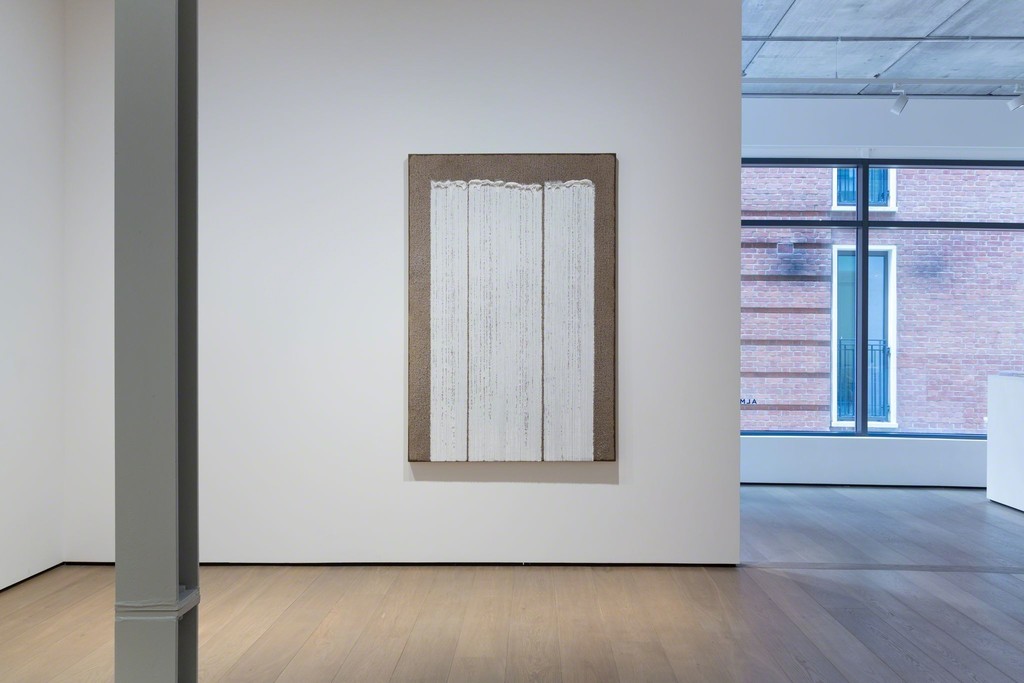 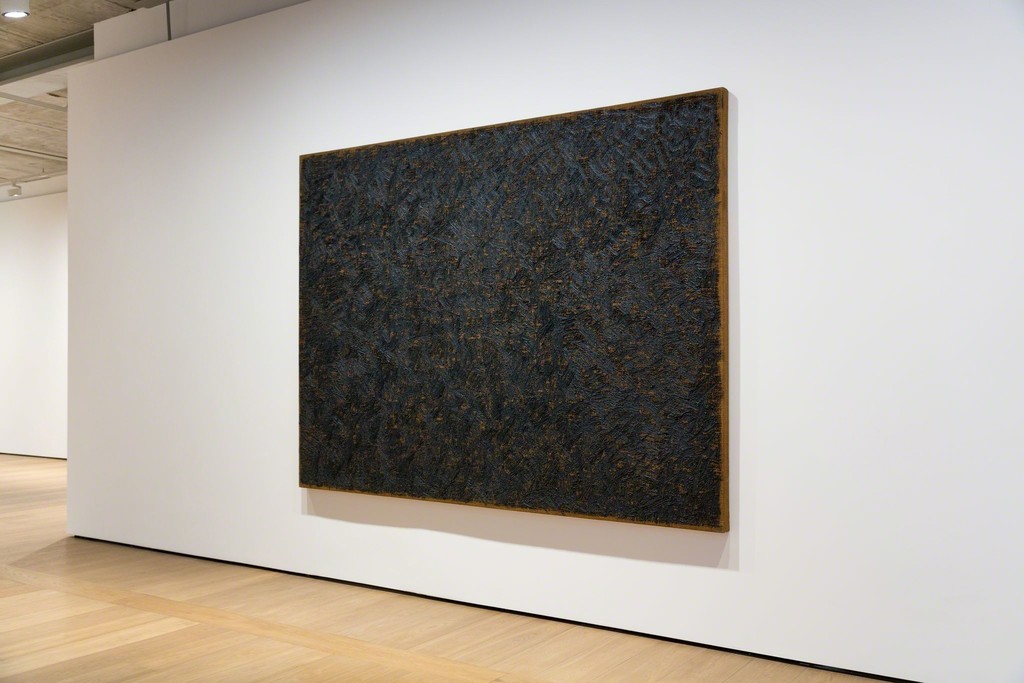 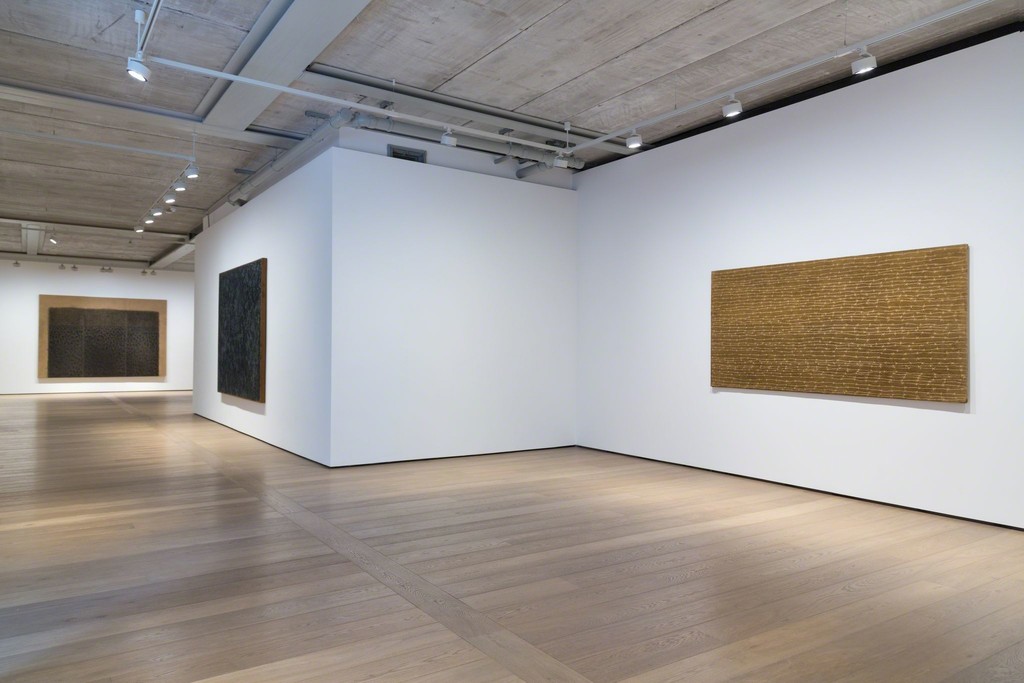 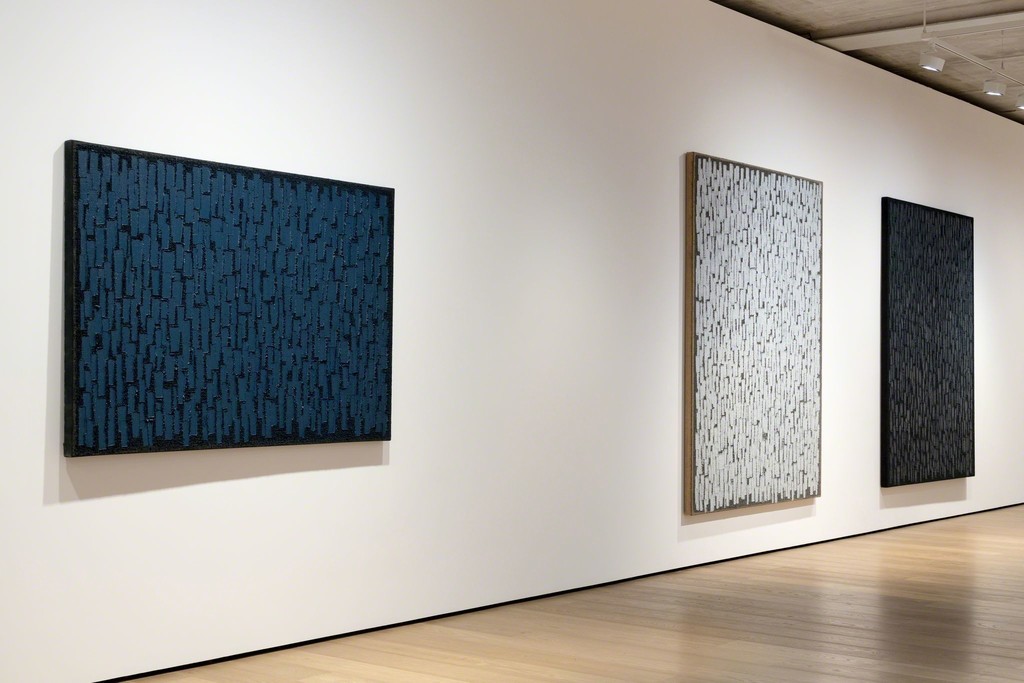 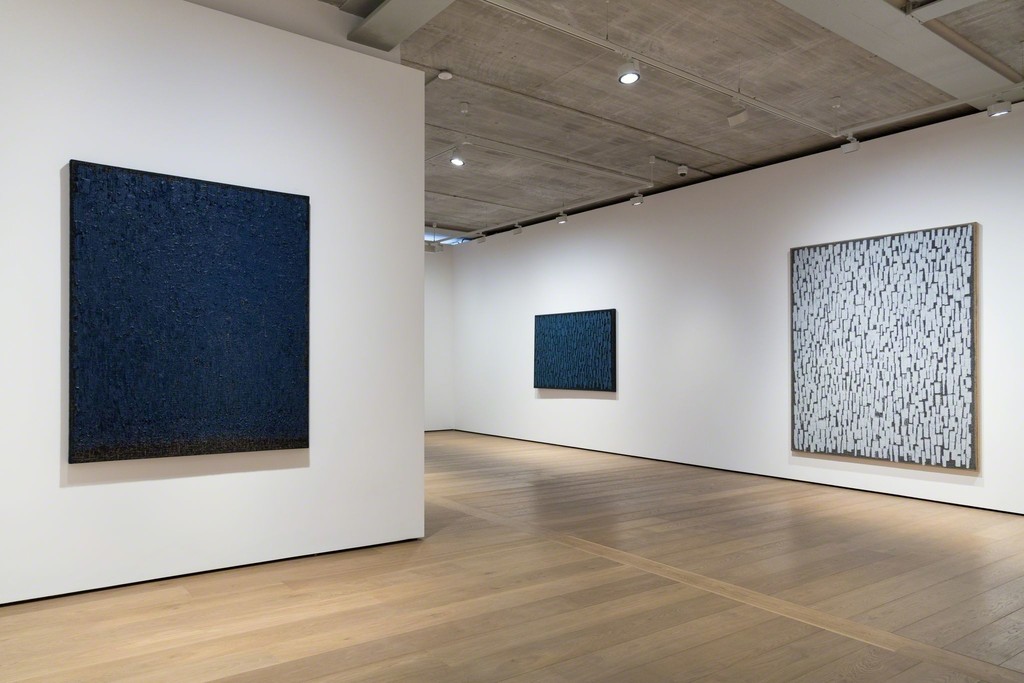 In 1972, Ha Chong-Hyun made a small sculpture, which appears on its own as if anticipating his subsequent work as a painter. It consists of a hemp rope stretched across a wooden box so tightly that a few unraveling strands threaten to break the entire cordage. Extremely effective, the composition is as simple as its material is banal. An image of great tension and resistance, it epitomizes the artist’s practice and further announces his Conjunctions, a lifelong series of paintings, which was initiated in 1974 and is still ongoing to this day.

Ha Chong-Hyun turned to abstraction in the early 1960s, belonging to the first generation of Korean artists who embraced this aesthetical direction. While he first approached it by applying heavy materials onto canvases, his way of structuring the pictorial space was also close to that of European Informel[1]. He then continued his investigation by painting geometrical and polychromatic forms, which completely differed from the works he made initially. His nation’s traditional colors dominated in these new abstractions.

In the early 1970s, the artist made sculptures for a brief period, using “poor” materials in the spirit of the time: for example, he installed a pile of newspapers next to a pile of blank sheets of paper, or he set a wooden beam upright on a rope, which he then strained between two walls. The 1972 sculpture we mentioned earlier takes us back to A.G. (Avant Garde), a group cofounded by Ha Chong-Hyun, within which he played a prominent role. All these works inevitably bring to mind Western artists of the same generation or active during the same years: to mention just a few, those gathered around Arte Povera, Post-minimalism, Supports/Surfaces, who used similar processes. A.G. also coincides with Japanese Mono-ha, which emerged around the same time and shared many striking similarities[2]. All these movements coexisted, more or less related to one another, or completely independent from one another, if not ignorant of the others’ existence. In Korea like anywhere else, the Zeitgeist alone may as well explain these similar tendencies (to some extent at least).

However, the historical context in Korea was very different from that in Europe or the United States. On the one hand, student protests, anti-Vietnam War manifestations, prolongations of the Cold War and a certain economic prosperity, which the first oil crisis was about to shake, were happening in the West. On the other hand, after having endured Japanese occupation and a devastating war with its Northern region, Korea was about to enter two decades of dictatorship, which would see a spectacular economic growth. During this difficult period for intellectuals and artists, an autonomous Korean art would eventually rise. Indeed, from then on, two opposite trends coexisted turning their back on each other, like two sides of the same coin: a politically engaged figurative trend and a predominantly monochromatic abstract one. The artists associated with the latter also sought to retrieve their nation’s cultural identity by promoting Korean traditions, yet they remained open to the world and modernity. Thus, contemporary abstraction in Korea was founded on a dichotomy.[3]

[1] This tendency in Korea is actually referred to as “Korean Informel.”

[2] An actual link between these two groups is unquestionably Lee Ufan. As a Korean living in Japan, he is associated with both Mono-ha, being somewhat its theorist, and Korean Monochrome painting, a group that we now refer to as Dansaekhwa.

[3] This is an extract from an essay written on the occasion of the exhibitions in Paris and London, by Alfred Pacquement.